Super Artists and Their Favorite Superheroes The year of 2016 is shaping up to be a big year for superhero films, with everything from Batman, Superman and Captain America to contemporary anti-heroes like Deadpool and the Suicide Squad hitting theaters.

Though not fine art, comic books and the superheroes and villains they bring to life have been a widely-collected art form, with stylized panels and compelling stories entertaining generations of readers. The dozens of successful movies they have spawned certainly speak to their cultural impact.

We spoke with Park West Gallery artists to see what heroes are their favorites and how comics have played a role in their own artistic pursuits and heroic acts. Leslie Lew loves to include pop culture in her sculpted oil artwork. In particular, comic books caught her attention while at the School of the Art Institute of Chicago when the “Hairy Who” art movement (art based on comics) was big. She was inspired to incorporate it into her own artworks.

“I started doing research about the popular superheroes and found out that Wonder Woman was introduced in 1930 to counter the fact that there were only male superheroes,” she says. “Wonder Woman for me has become one of my iconic images.”

Lew has helped kids empower themselves through her children’s book, “Buki’s Garden,” and its corresponding art workshops emphasize the message that being different is okay. David “Lebo” Le Batard says Thor is his favorite due to the character’s ties with ancient history. He also appreciates that Thor was based on something tangible from the past, but still includes a mystical element.

“Also, who doesn’t like Vikings?” he says. “Comics for me were the first step into the world of cartoon and sequential art. This has led to a lifelong pursuit of studying and applying the various forms of visual storytelling that span time.”

His studies of storytelling have included Sumerian cuneiform, Egyptian hieroglyphics, Aztec codex and even Saturday morning cartoons. He even spent time working at the International Museum of Cartoon Art! Like other Park West artists, Lebo likes to apply his artistic abilities for good, using his art to help support organizations like Paws 4 You and Animal Recovery Mission. Growing up behind the Iron Curtain in Russia, Michael Cheval had little to no exposure to western culture, including comic books. However, his world opened up when he moved to Germany in 1980 and was exposed to various cultures and icons. Among them was Christopher Reeve in the 1978 film “Superman.”

“Superman, of course, to me was number one,” he says. “It really impressed me when I saw the movie for the first time.”

Cheval says he isn’t into comic books, but his son loves to collect them. Instead of dissuading him, Cheval says he painted an image of Batman onto the wall of his son’s bedroom, no doubt making him super in his son’s eyes. Michael Godard may be the rockstar of the art world, but admits that he has “always wanted to be Batman.”

Godard’s passion for Batman extends to having Batman tattoos, comics, action figures, a Batsuit and owning an exact replica of the 1966 Batmobile from the Adam West version of the Caped Crusader.

“All the neighborhood kids think that I’m the real Batman,” he says with a laugh.

Like other artists on this list, Godard enjoys giving back, helping out organizations such as Wounded Warriors and Make-A-Wish Foundation and supporting causes like multiple sclerosis research. Autumn de Forest says when it comes to superheroes, her favorite, the mighty Thor, has more to do with the character’s origins as opposed to the modern-day interpretation. She even owns some pets with names like Freya and Loki, borrowed from the deities of Norse myths.

“I love Norwegian mythology, so I do like Thor,” she says.

Much like Marvel used the legends of old to create Thor, Autumn puts her own spin on works by famous artists such as Andy Warhol or Grant Wood. She inspires youth around the nation with Turnaround Arts, and has contributed to humanitarian efforts including relief efforts in Haiti and Japan. Patrick Guyton says he has enjoyed Batman ever since he was a kid. He says he once put together a Batman costume when his daughter was young, and since then, she has thought Guyton is the superhero in real life. To keep up appearances, he has put together more elaborate outfits.

“Every Halloween since [my daughter] has been old enough to understand, I’ve been Batman,” he says.

Though his art focuses on gilding and working with metals, Guyton’s style is influenced by his work with some of the greatest animators, including Chuck Jones and Robert McKimson, demonstrating how cartoons can shape an artist. David Najar’s favorite superhero may not be a conventional hero from comics, but he has justifications for his choice. For one, Peter Pan fights bad guys, can fly, and wears tights, much like modern superheroes. But for Najar, it’s more about Pan’s mindset than his actions.

“There is magic in the air if you believe it,” Najar says.

Najar says his goal has been to bring happiness to others through his art, painting nature-inspired scenes to invoke positive emotions. He also donates his art to children’s hospitals in Israel and the U.S. Tim Yanke says superheroes didn’t interest him much growing up, but the visuals were always appealing. In particular, he recalls an old Batman T-shirt that intrigued him from a graphics standpoint, making the Caped Crusader his favorite.

“It was the old-style Batman where his mask was all in blue, and it said ‘Batman’ all in yellow on his wings,” he says. “I loved the colors of it, and I loved that it was on a white T-shirt.”

Yanke worked as graphic designer prior to becoming a professional artist. Nowadays, he uses his artistic powers to donate “Yanke Doodle” artwork to Habitat for Humanity clients, and most recently raised funds to help aspiring musicians with the Amelia Island Jazz Festival. Prior to being an artist, Romero Britto wanted to travel the world as a diplomat. He says he always had a desire to fly like Superman, leading him to choose the Man of Steel as his favorite.

“I always wanted to fly myself. I dreamed about flying,” Britto says.

While not a diplomat, Britto travels the world today as an internationally collected artist, spreading happiness with his neo-pop cubism art and supporting charitable efforts like Best Buddies International. 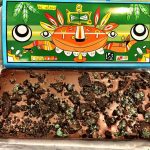 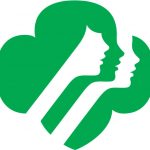