Something truly unique happened at a Park West VIP event last weekend. Two of the most popular contemporary artists working today decided to team up to not only create an original painting together, but also to give us all an exclusive behind-the-scenes peek at their creative process.

Famed Abstract Expressionist Tim Yanke and Miami art superstar Kre8 were both appearing at a VIP collecting event in Park West’s hometown of Southfield, Michigan. The guests got a tour of the Park West Museum, they got wined and dined at the luxurious Townsend Hotel, but Kre8 and Yanke also wanted to give the collectors in attendance something they’d never forget. 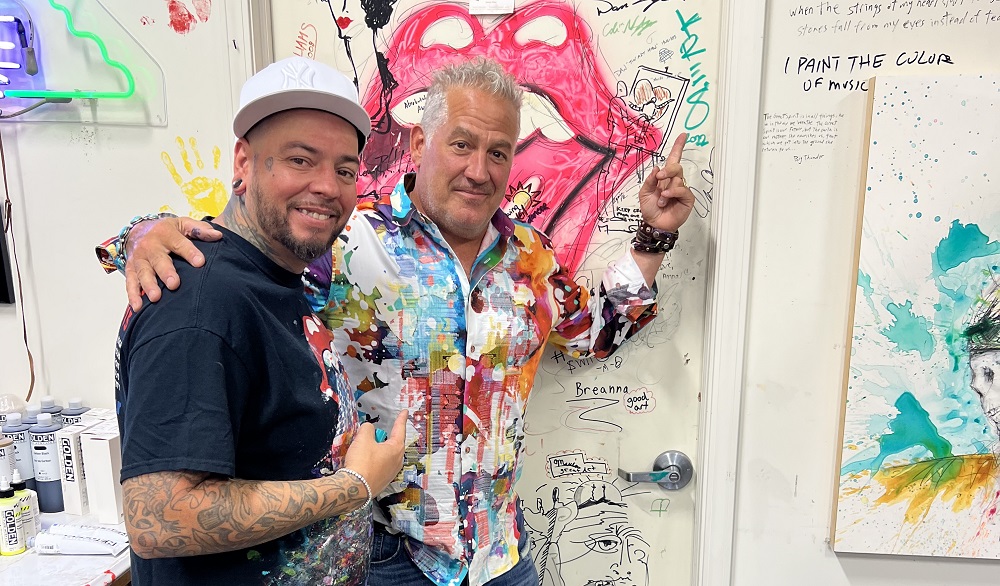 Kre8 and Tim Yanke in Yanke’s studio in Birmingham, Michigan

So, they decided to collaborate on a one-of-a-kind painting that they’d offer at the event, and they even invited Detroit’s local ABC News station to help document its creation.

You can watch the full segment from WXYZ Detroit ABC News here:

How did they get started? Well, since Tim is from the Detroit area, he took Kre8 to one of his favorite local art stories to pick up supplies. 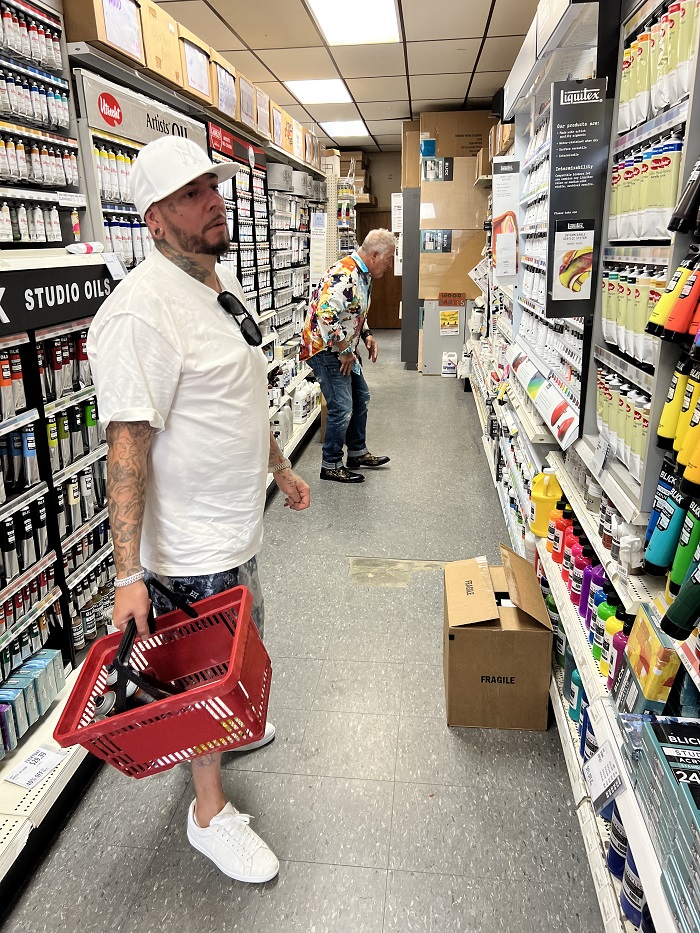 Next, they chose their subject matter. They decided to do a variation on one of Tim’s most iconic images—the headdress—but with a definite Kre8 twist. 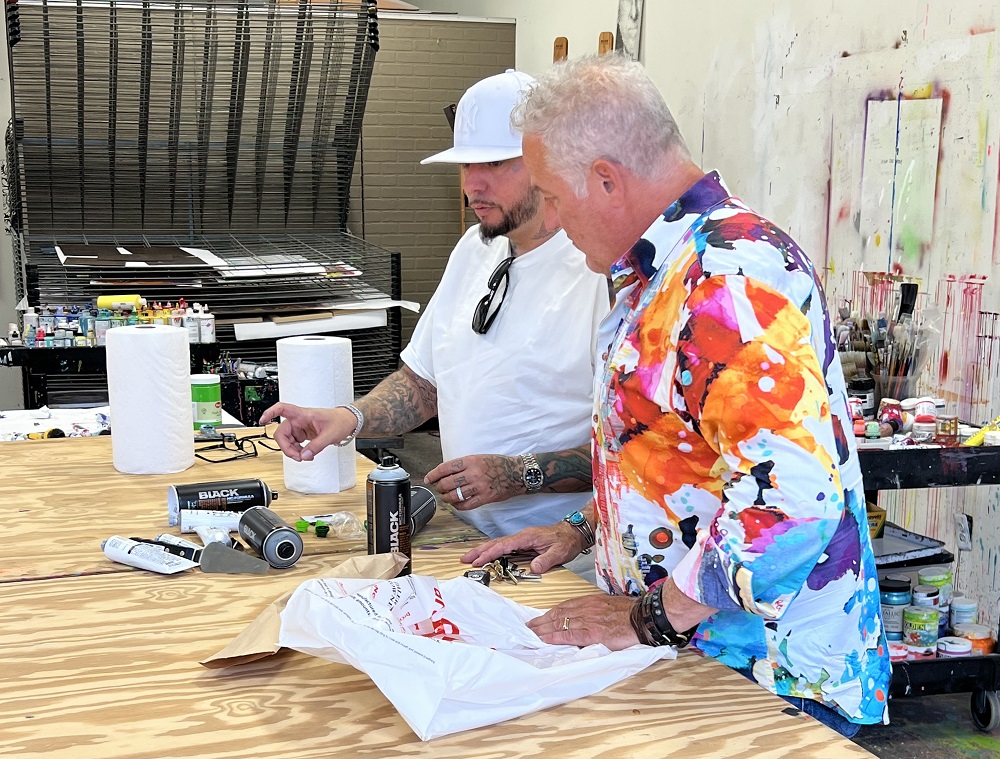 Working on the design

Kre8 started by preparing the canvas. His best-selling paintings are well known for how they juxtapose their black-and-white backgrounds with vivid explosions of color. Once the canvas was set, Tim painted a spectacular version of his popular headdress design, but without the feathers that he usually incorporates into the final composition. 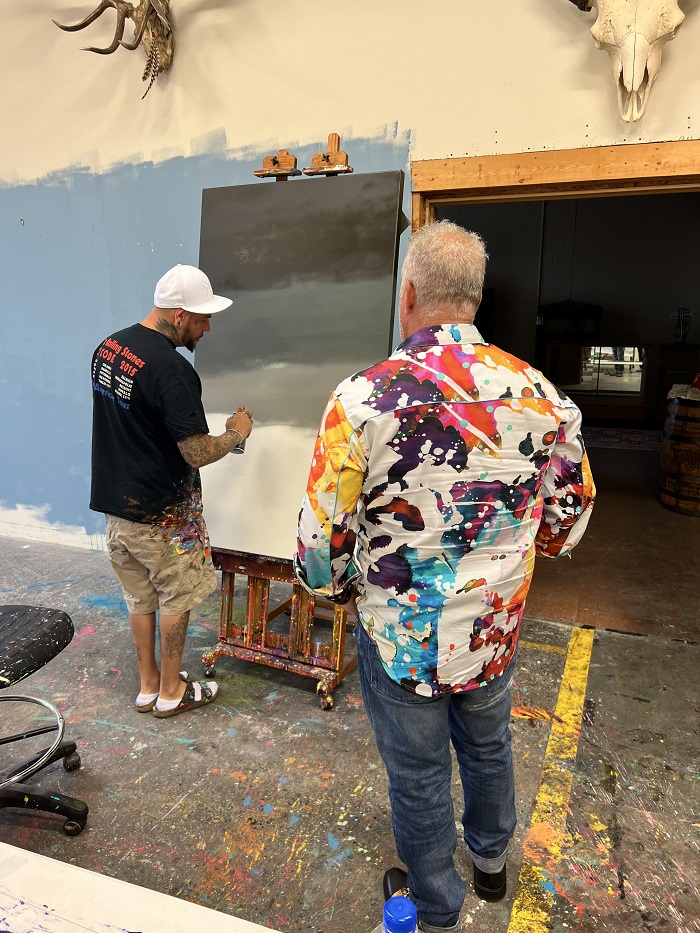 Instead, Kre8 provided the feathers with his trademark blasts of color, which he applied to the canvas live during the ABC News segment. 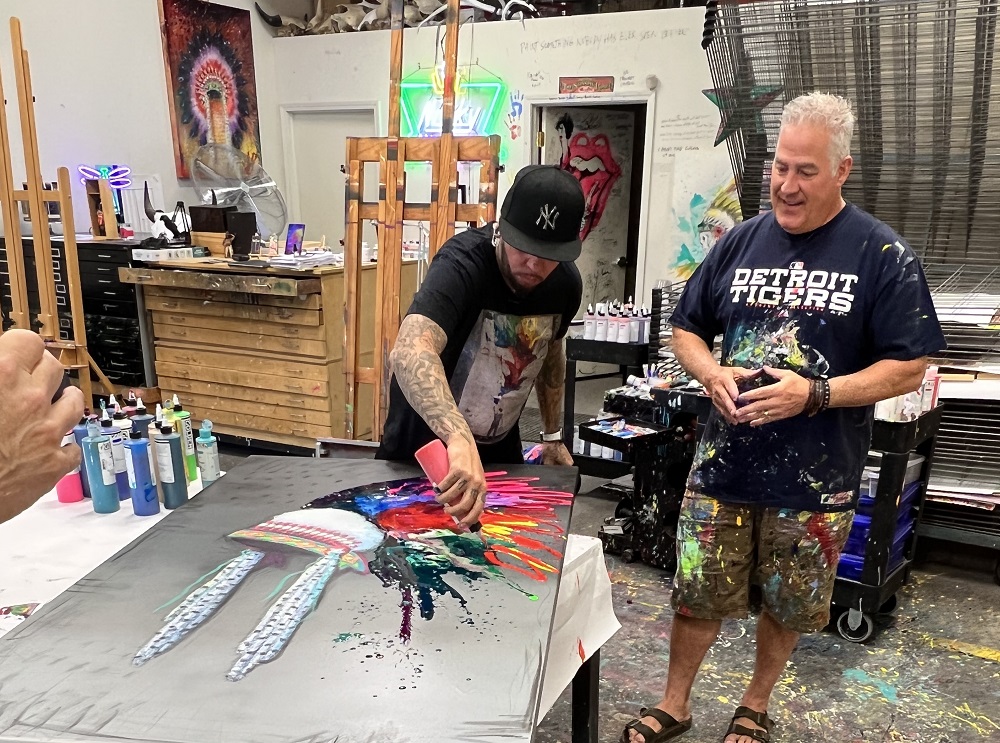 Adding that Kre8 splash of color

Both artists tweaked and refined their additions, working side-by-side, until they were both happy with the final product. The end result was the perfect hybrid of a Tim Yanke and Kre8 painting, presenting the best of both worlds. 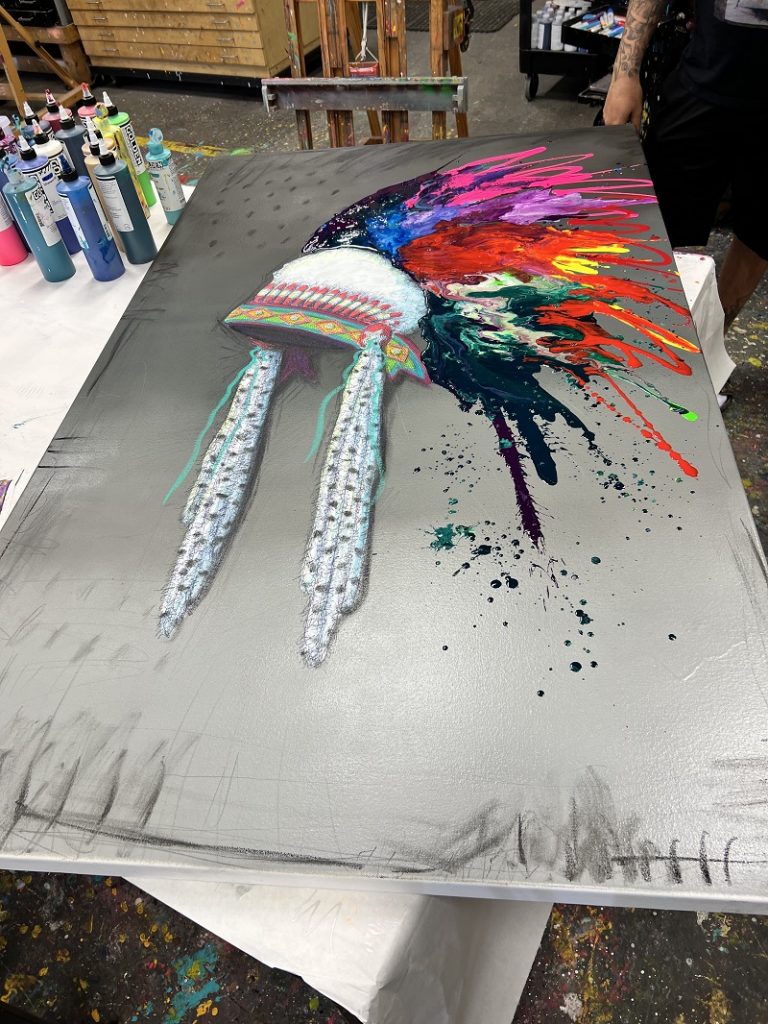 The VIP weekend was a huge success. In addition to Kre8 and Tim, there was also an appearance by the world-famous Michael Godard! Park West Founder and CEO Albert Scaglione even took collectors on a personal tour of the newly expanded Park West Museum.

All in all, it was an incredible weekend! 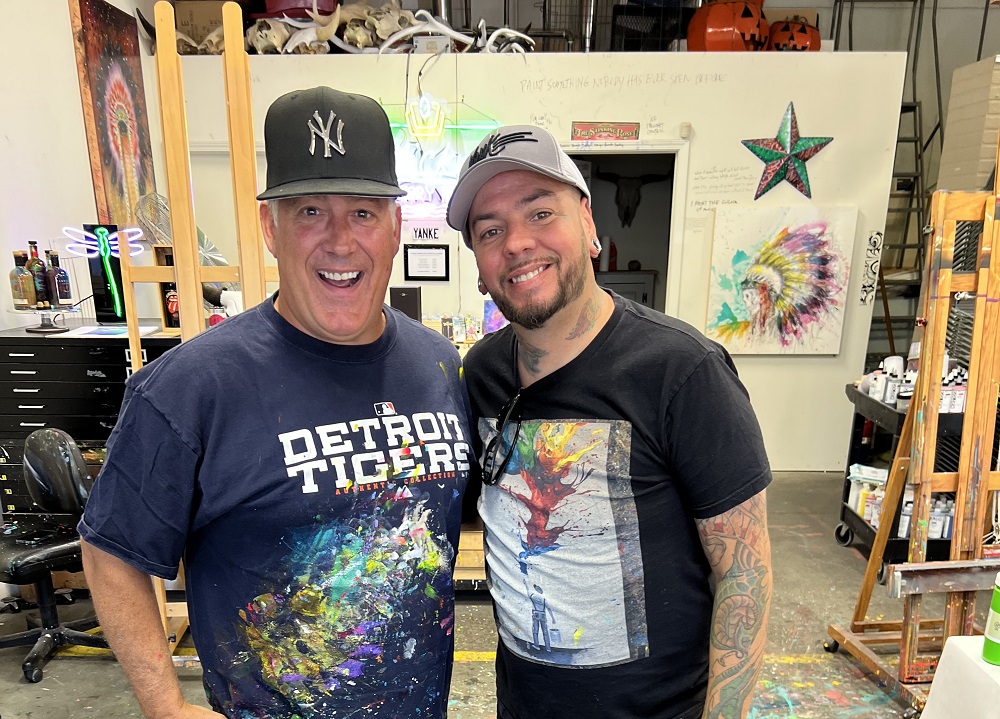 Two artists, covered in paint, at the end of a successful collaboration

If you’re interested in collecting art by Tim Yanke or Kre8, you can register for our weekly live online auctions or contact our gallery consultants at (800) 521-9654 ext. 4 or sales@parkwestgallery.com. 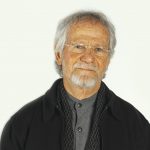 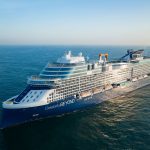 Park West Goes Above and “Beyond” with Celebrity CruisesArt & Gallery News, Cruise Art Auctions at Sea