There is no mistaking the art of Kevin “Kre8” Vigil. His distinct style of colorful, abstract splashes against black-and-gray compositions has earned him fans around the world.

Drawing on a unique background steeped in graffiti art, tattoo artistry, and a love of Surrealism, Kre8 has inspired art lovers to share in his vision of enjoying creativity and life.

Born in Germany in 1980, Kre8 moved to the United States at the age of 5. As a child of a military family, he never remained in one location for long. From an early age, Kre8’s passion for creating art was apparent.

“I was always drawing and doodling,” says Kre8.

However, his artistic talent was not recognized in school. Kre8 struggled to take direction from his art class instructors, typically favoring his own ideas. 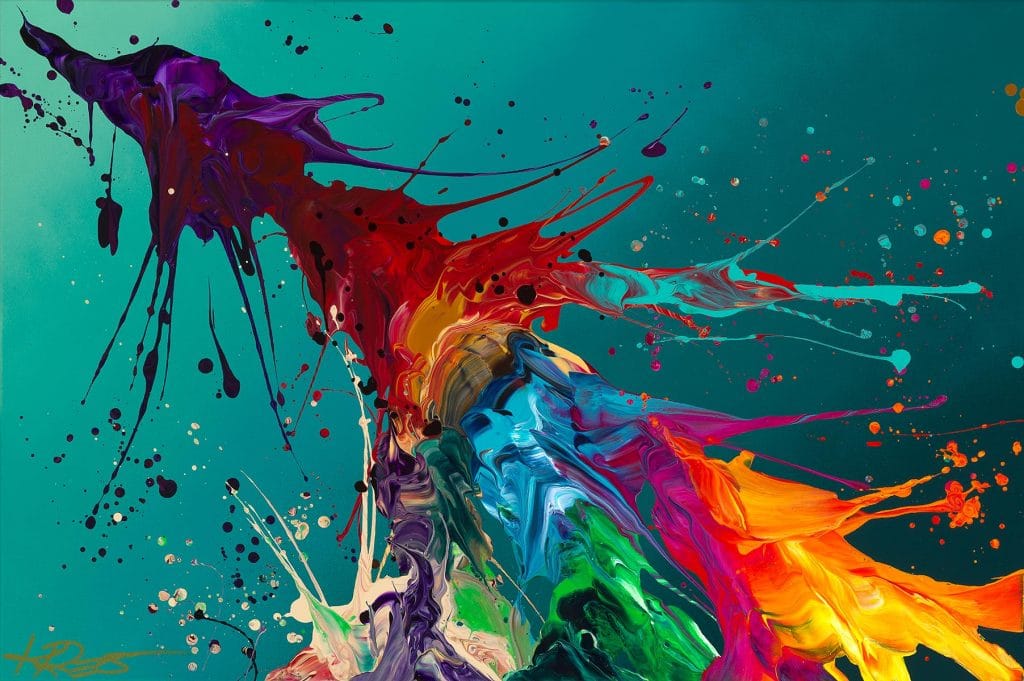 At the age of 14, a group of graffiti artists approached Kre8 and invited him to try his hand at graffiti. He joined the group, which came to be known as “Kre8 and ATF,” and participated in graffiti displays across the United States for the next decade.

It was during this period that he adopted the pseudonym “Kre8.” He says that “Kre” stands for “Knowledge Reveals Evolution” while the 8 represents the infinity symbol turned vertical.

“The reason I call myself Kre8 is because I feel and know that I’m the essence of creativity and I love the excitement and enthusiasm that people have when talking about creating something,” he says.

At the age of 25, Kre8 started working as a professional tattoo artist in Florida while continuing to create his own original artwork. Around this time, Kre8 says he discovered the works of Salvador Dalí and began researching different art styles, genres, and artists to help develop a distinct style of his own. 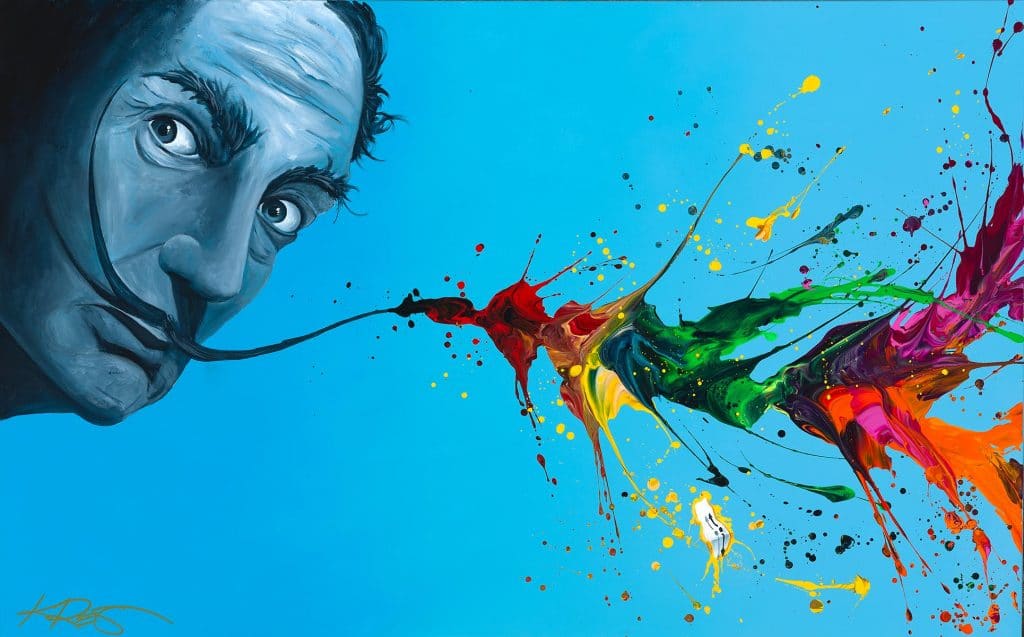 Kre8 later moved from Florida to New Jersey and eventually settled in New York, where he continued to work as a professional tattoo artist.

After seven years in New York, Kre8 felt the need for a change of scenery and decided to move back to Florida—this time residing in Miami.

“I came to Miami and that’s when I really got the art bug,” says Kre8.

Kre8 quickly landed a job as a tattoo artist at a renowned area shop, but his clientele was limited since he hadn’t developed a name for himself in the local community. While Kre8 faced adversity, this also allowed him to spend more time painting—something that, in retrospect, was a “blessing in disguise” for his fine art career. 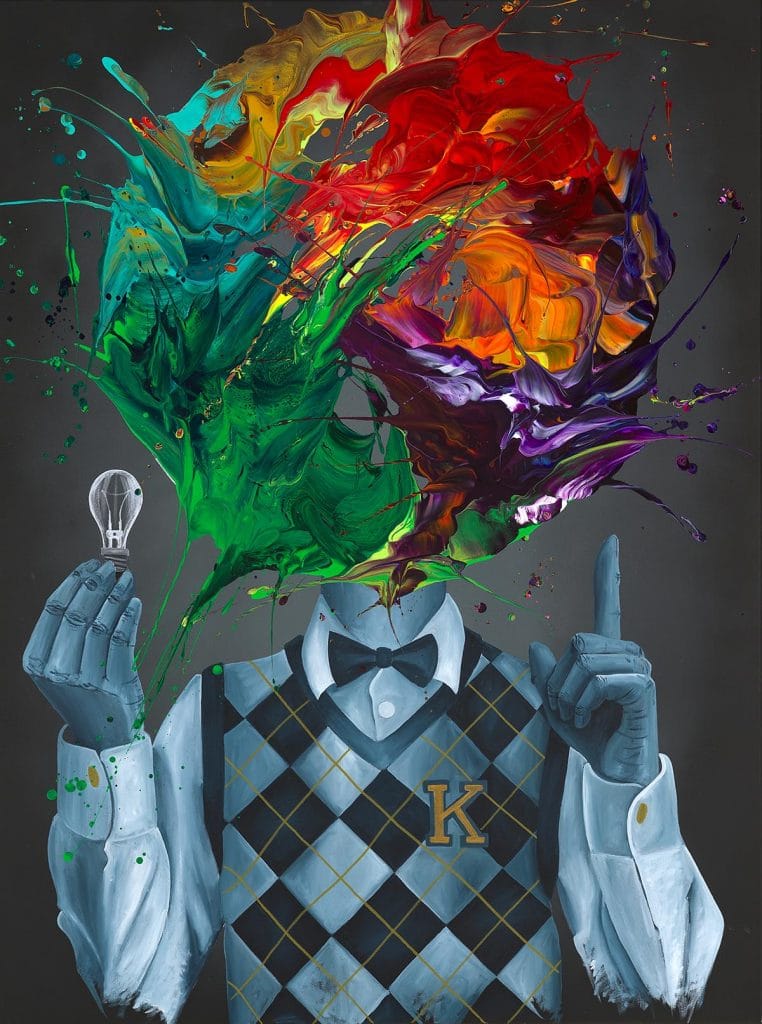 Before long, Kre8 was offered the opportunity to exhibit his work at the City of Miami Springs City Hall. This exhibition allowed him to solidify connections with local art enthusiasts and ultimately led to the launch of his career as a professional painter.

Following the exhibition, Kre8 displayed his work at pop-up shows, Art Basel in Miami Beach, and other exhibition events at local galleries. He decided to pursue painting full time and left his tattooing career behind. Kre8 now lives in Miami with his wife and three children.

Though Kre8 has experimented with many artistic genres including Impressionism, Cubism, and Surrealism, he describes his own artistic style as “Kre8izm,” which combines aspects of Surrealism and abstract art.

Kre8 references Dalí as one of his first artistic influences, but also draws inspiration from the works of Andy Warhol, Jean-Michel Basquiat, and Pablo Picasso.

Additionally, Kre8’s time as a professional tattoo and graffiti artist significantly shaped the foundation of his style, adding a unique, modern edge to his bold paintings.

“Graffti isn’t as loose as people think—it’s actually very structured,” says Kre8. “Graffiti is a language that only graffiti artists can speak. It has made me who I am.” 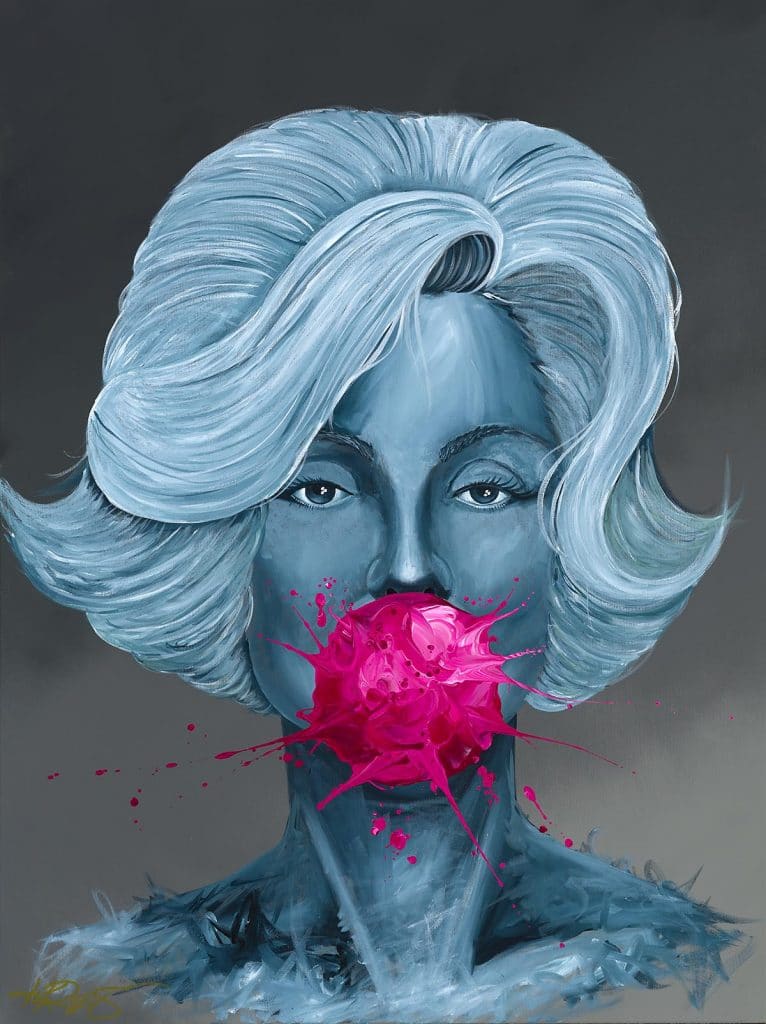 To begin one of his colorful paintings, Kre8 starts with the black-and-gray component before creating the colorful abstract that overlays his structured, monotone imagery.

After completing his black-and-gray elements, Kre8 often listens to music to become inspired for the more abstract elements of his paintings.

“I visualize the music to make the abstract,” says Kre8. “Since I use a palette knife, the colors really start to fold on top of each other so I’ll get new colors.”

Kre8 explains that his colorful splashes of paint represent our inner lives.

“The color—the abstract—is us, as people,” he says. “We are the burst of inspiration that’s coming out of the black-and-gray world. No matter how black-and-gray the world is, we still shine.”

With this careful balance of intriguing juxtapositions, Kre8 hopes that his collectors explore the universal stories in his compositions.

There is no shortage of art in and around fabulous Las Vegas. Two of the best art galleries on the Las Vegas Strip are Park West’s free-to-the-public museum and gallery locations in the [...]

Princess Cruises’ latest cruise ship—Discovery Princess—embarked on her maiden voyage in late March 2022 from Southern California and Mexico, but she’s since made her way up into the chilly [...]