Tim Yanke is an American artist who uses the colors and culture of the Southwestern United States to create bold, rhythmic, and compelling art.

Yanke is best known for abstract artwork, the depiction of dragonfly imagery, and his representations of the U.S. flag, known as “Yanke Doodles.” His artwork is collected around the world, with fans often lauding his artwork for the nostalgia it inspires.

Born in Detroit, Yanke’s artistic coming-of-age story is a blend of resilience, discipline, and heartfelt encouragement from a supportive family.

As the youngest of six siblings, Yanke found enjoyment in interpreting the stories around him with visual art. One particular Sunday, Yanke’s father came across an early example of his work, and told his son five words that would forever change his life: “You have a great imagination.” Yanke took these words to heart, granting him the newfound confidence needed to create art.

With this passion firmly in place, it was just a matter of time before Yanke found his greatest inspiration. As a child, the Yanke family often traveled to the American Southwest, heading through Texas, New Mexico, and Arizona to visit his sister, a student at Northern Arizona University. The route exposed him to the amazing colors of the region’s night sky, deserts, and culture. For Yanke, the region’s clouds are whiter, the sky is bluer, and the earth is redder than anywhere else in the world. 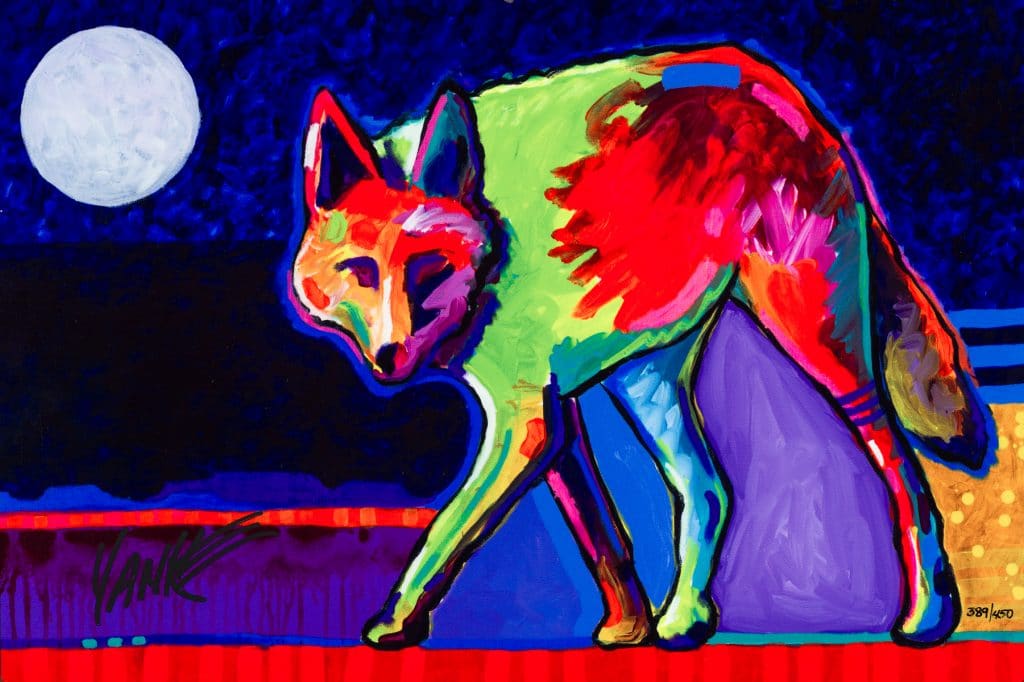 In 1982, Yanke set off to the University of North Texas to nurture his affection for the fine arts and return to the American flatlands. He graduated four years later with a Bachelor of Fine Arts in advertising and graphic arts, leading him to a career in corporate advertising. Although Yanke demonstrated proficiency in painting during college, he moved back to Michigan and began working as a graphic designer for Ameritech, later known as AT&T, upon graduating.

He remained at AT&T/Ameritech for two decades, in that time marrying his college sweetheart, Nicky, and having two sons. His career, however, didn’t inspire him as it once did, and Yanke sought solace in other creative outlets. His mind once again turned to those colorful road trips to the Southwest, inspiring colorful imagery that begged to be brushed onto a canvas. He made the decision to leave his graphic arts career and become a full-time studio artist. 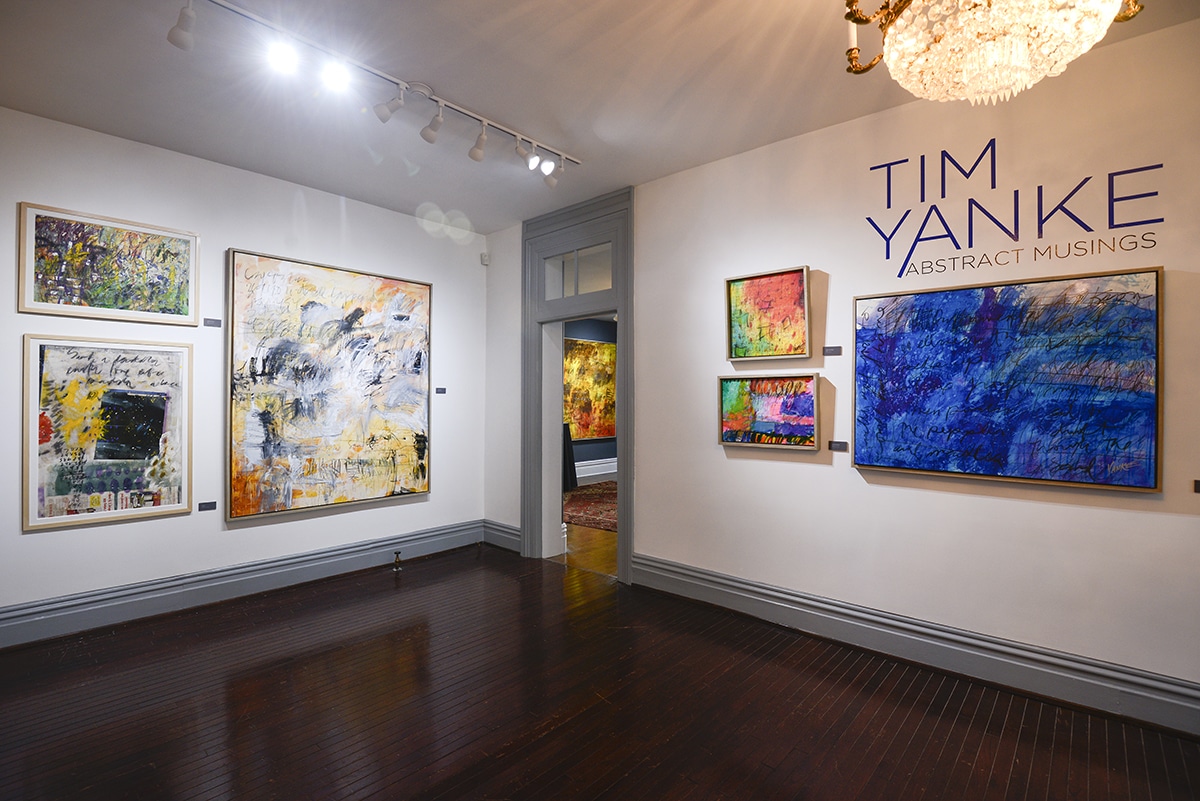 In 1999, Yanke received his big break when he began working alongside Park West Gallery. When he held his first exhibition at the age of 23, he sold 23 of the 26 works available. Since then, Yanke’s art has grown in popularity and is now collected around the world.

Today, Yanke lives in Michigan with his wife and two sons and maintains a studio in the Metropolitan Detroit area.

Yanke’s “Neo-West” art is a form of Abstract Expressionism, using boldly saturated hues that burst forth from his often large-scale paintings. He frequently incorporates Native American art and symbolism into his works. 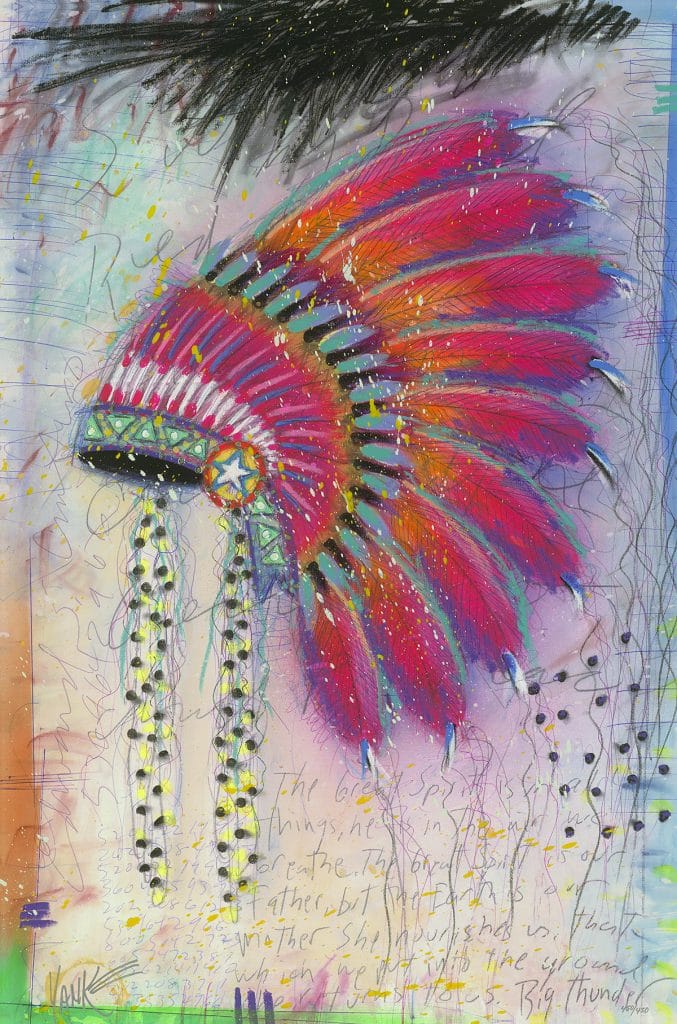 Since the age of 12, Yanke has had a deep interest in Southwest America’s art, culture, colors, traditions, and wildlife.

“There was just something about the place,” Yanke says. “It was just magical, and I incorporate that into the paintings.”

Great abstract painters of the 20th century like Willem de Kooning, Wassily Kandinsky, Paul Klee, Cy Twombly, Robert Motherwell, Jackson Pollock, and Robert Rauschenberg all influenced Yanke as he developed his style. Much of his inspiration comes from Georgia O’Keeffe, whose quotes are posted around his studio. 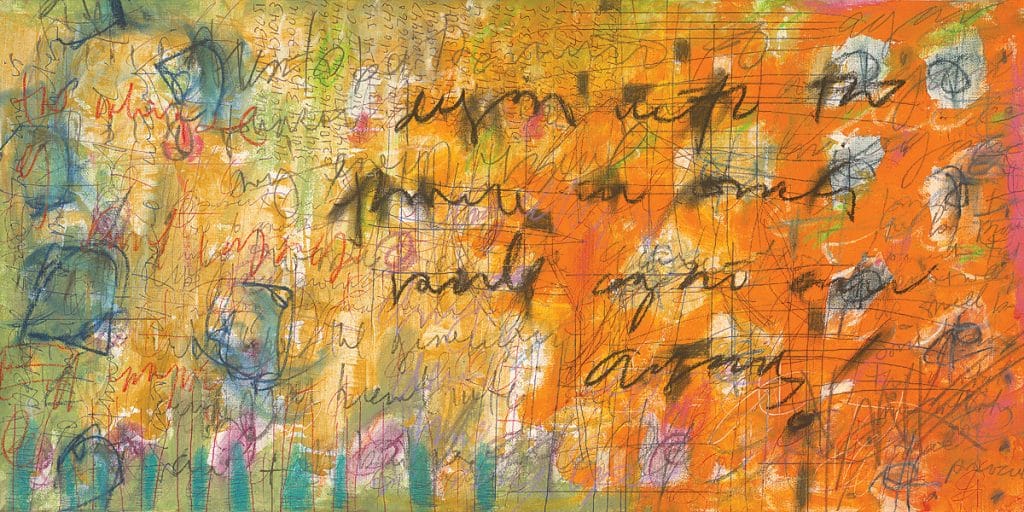 Yanke has no preconceptions when he starts to work on a painting. Incited by the energy inherent in loud music, he creates his imagery spontaneously.

“My paintings never settle,” he says. “They constantly change in interpretation with each new discovery. They morph into different depths and elements.” 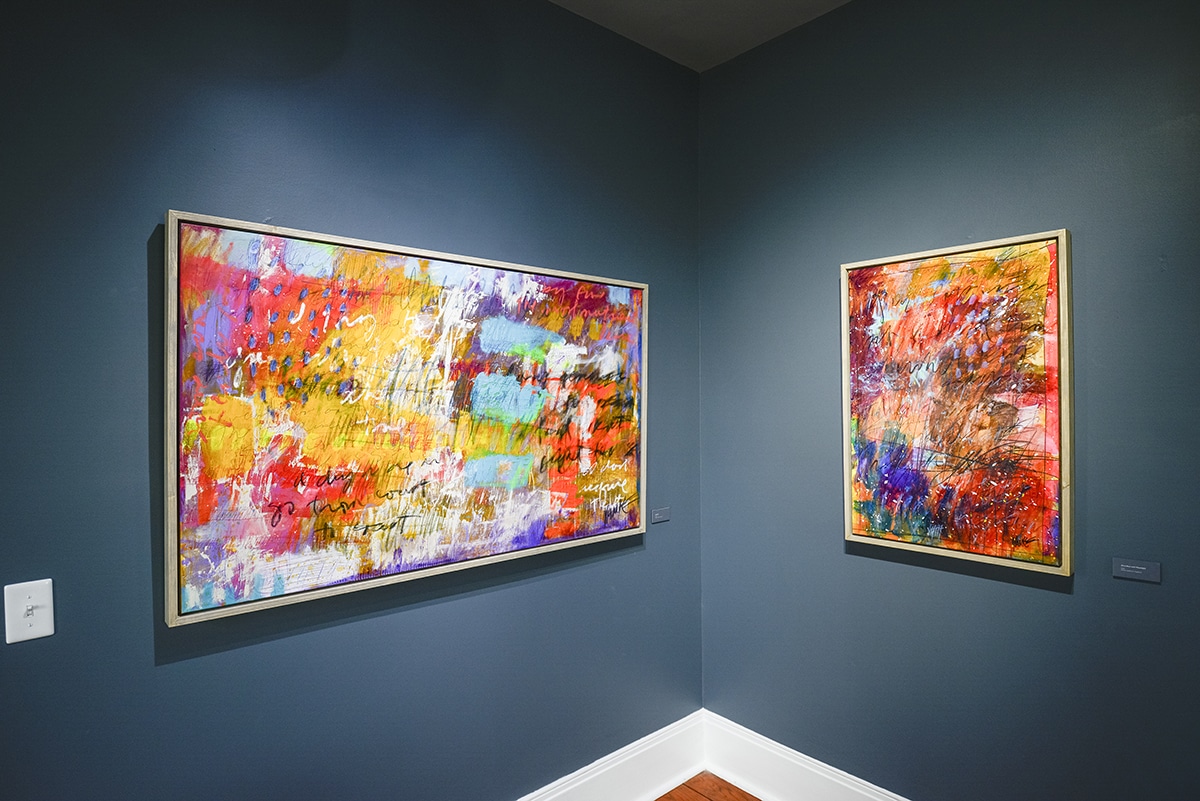 Listening to anything from the Rolling Stones and Widespread Panic to the Grateful Dead, Yanke can’t paint without music. He considers music to be just as vital as his canvas or paintbrushes.

“Music is definitely a major influence in the rhythm and the spontaneity of my paintings,” he says. “Even if there is content or imagery involved, music is an underlying theme to the colors I choose to the motion of the paint.”

When asked, he says that he’ll paint with anything that leaves a mark: chalk, house paint, charcoal, and even tar. He focuses on a bright color palette to attract the viewer and attempts to cathartically rein all his passion and creative energies into each work. 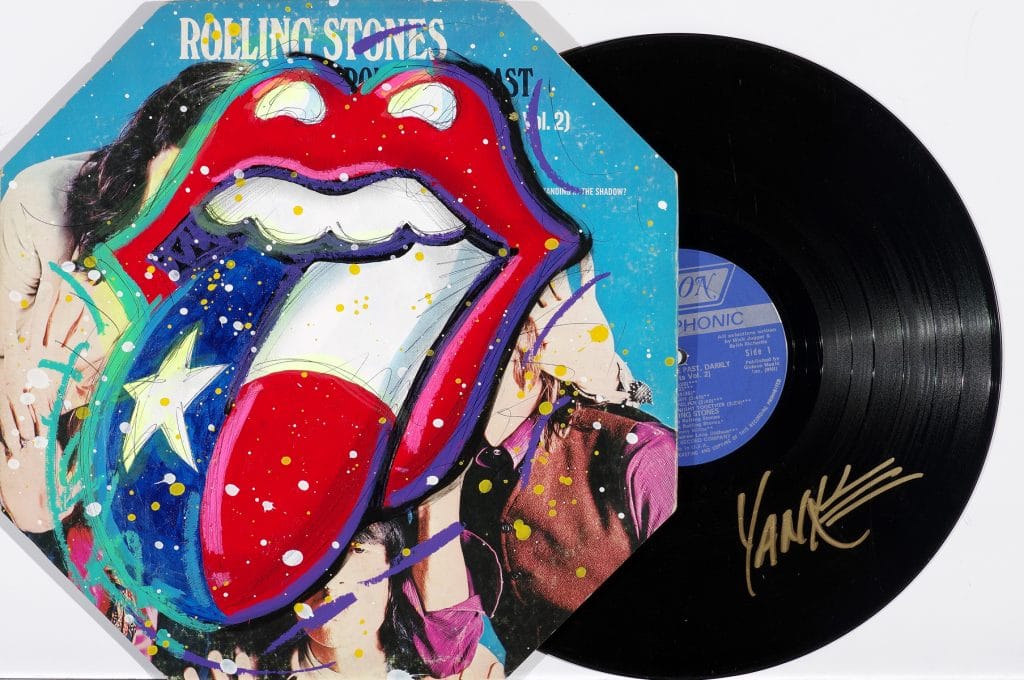 Yanke works in multiple mediums, including painting, lenticulars, giclées, and dye sublimation. He applies his style to various objects, ranging from vinyl records to long planks of wood. For one series, he collected and painted 200 buffalo skulls.

He takes annual trips to the Southwest to collect traditional Native American art and artifacts to use in his paintings. He has remarked that each time he visits a favorite place, it feels new again; especially New Mexico, where the colors seem much more alive to him than anywhere else.

The dragonfly and American flag are two of Yanke’s most popular motifs, each derived from personal stories.

The image of the dragonfly has a very nostalgic connection to Yanke’s mother, who cherished an antique lamp decorated with a dragonfly. Yanke’s collectors often share their own personal connections to his dragonfly imagery, recalling family members and special moments in their lives. 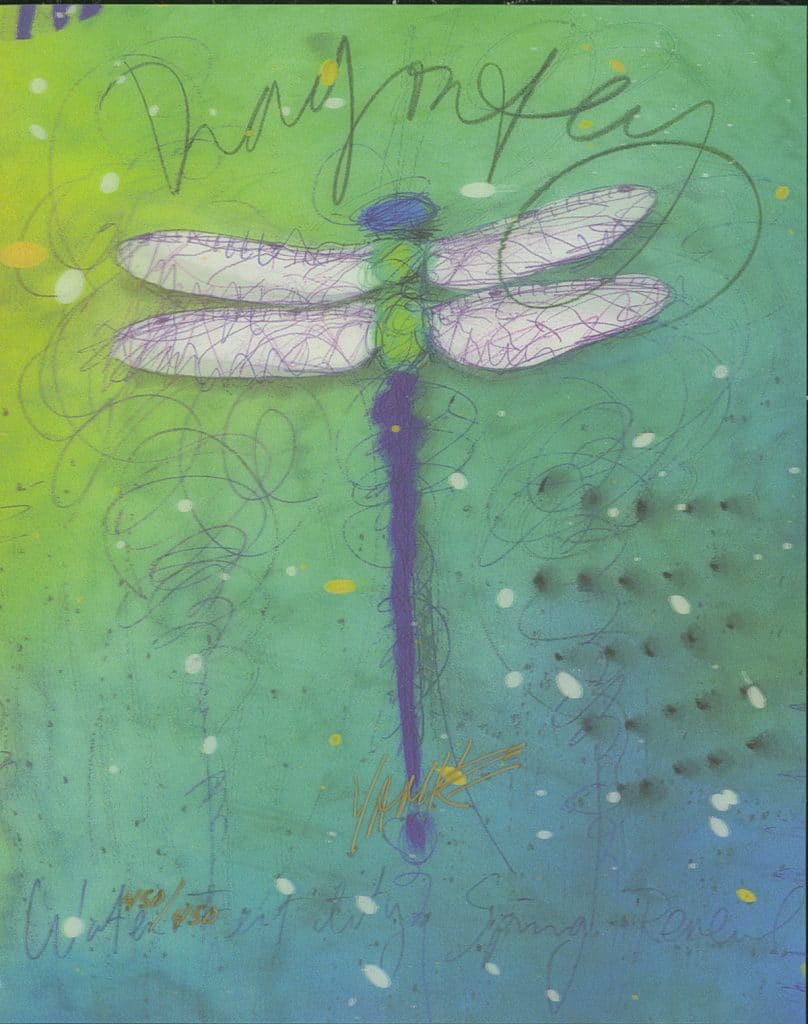 Yanke’s American flag, lightheartedly dubbed “Yanke Doodle,” has become an amalgamation of Yanke’s meditations on patriotism and diversity. Yanke believes that America is a melting pot, so he includes the colors of many different flags within his “Yanke Doodle.” As the series continues, his flags become more and more colorful, responding to all cultures of the United States and the world. 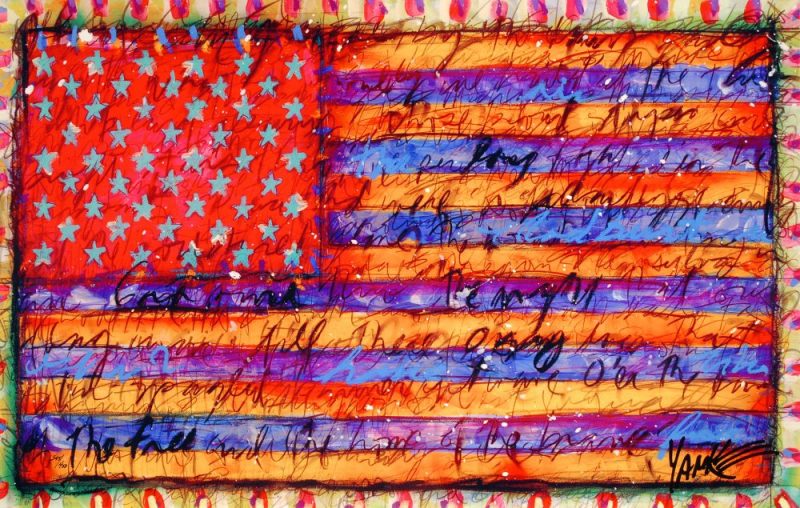 Park West Gallery Has Most Successful VIP Cruise Ever in Africa