BELL COUNTY, TEXAS — The Bell County Museum is hosting an astonishing exhibition of prints, The Inspired Line: Selected Prints of Albrecht Durer and Rembrandt van Rijn. The collection consists of 40 prints and provides an opportunity to view the religious works of these great masters side by side and consider the historical contexts, religious backgrounds, and aesthetic approaches of each.

Although Albrecht Dürer (German, 1471-1528) and Rembrandt Harmensz van Rijn (Dutch, 1601-1669) created their artwork a century apart, connections between their prints are significant, intriguing, and often remarkable.

At a young age, Dürer was trained as a metalworker by his father in Nuremberg, Germany. Later, Dürer applied the same exacting methods to his woodcuts and engravings. His strong admiration for Leonardo da Vinci and the Italian Renaissance led him to become the father of the Northern European Renaissance. Though Dürer was Catholic, he was encouraged by an enthusiastic patron to befriend chief figures of the Protestant Reformation, an act that involved him in religious controversy until his death.

Rembrandt, who began his career as a scholar, imbued his portraits with psychological depth and masterly light and shadow. At the height of his career, he was the most successful artist of the Baroque era on Holland, a time of great prosperity. A lifelong member of the Dutch Reformed Church in a predominately Protestant country, Rembrandt received no church commissions; rather, his patronage came from the thriving middle class. He was a highly accomplished etcher who created unique, profound interpretations of biblical stories.

Both artists rendered multiple scenes of Jesus’ life and other New Testament stories, and prints of these biblical themes are especially strong in this collection. Viewed together, the works illustrate the differences in aesthetic movements and religious influences of their times, yet by sharing a subject matter, they are ideal counterpoint images.

The Inspired Line: Selected Prints of Albrecht Durer and Rembrandt van Rijn is currently on view through August 18, 2009. 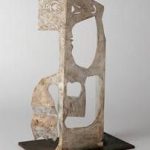 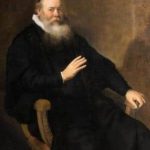