Picasso’s Late Sculpture: Woman On View at the Museo Picasso

MALAGA, SPAIN — The Museo Picasso Málaga presents the exhibition, Picasso’s Late Sculpture: Woman. The Collection in Context. The sheet-metal sculpture, Woman (1961), donated by Christine Ruiz-Picasso, is the highlight of this exhibition, bringing together some 40 works produced by Pablo Picasso at different moments of his life. It includes the paper cut-outs he made as a child, his Cubist constructions, and paintings and sculptures from his later years.

Alongside paintings and drawings from different periods, Picasso’s Late Sculpture: Woman. The Collection in Context also includes three major sculptures by Julio González and a magical decoupage by Henri Matisse, which allow the viewer to examine the artistic exchange that took place between the three great artists.

With this selection of works, the exhibition examines a lengthy creative process that culminated in a new and unique kind of sculpture towards the end of Picasso’s artistic career.

Woman, the fascinating piece that is at the center of this exhibition, is a sheet-metal sculpture produced in 1961. It is constructed of three distinct panels, folded and painted white, and is based on a paper cut-out model that Picasso made in January of the same year. The work belongs to the group of over a hundred sculptures that Pablo Picasso produced between 1961 and 1962, and with which he ended his revolutionary and innovative career as a sculptor.

Picasso’s Late Sculpture: Woman. The Collection in Context is currently on view until August 30, 2009. 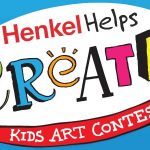 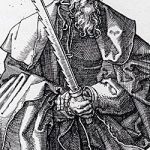