Artist Jeff Vermeeren is having a very big October.

This emerging artist, known internationally for his trademark “Extreme Abstract” style, has only recently begun appearing at Park West Gallery events, but his debut has been pretty amazing so far. 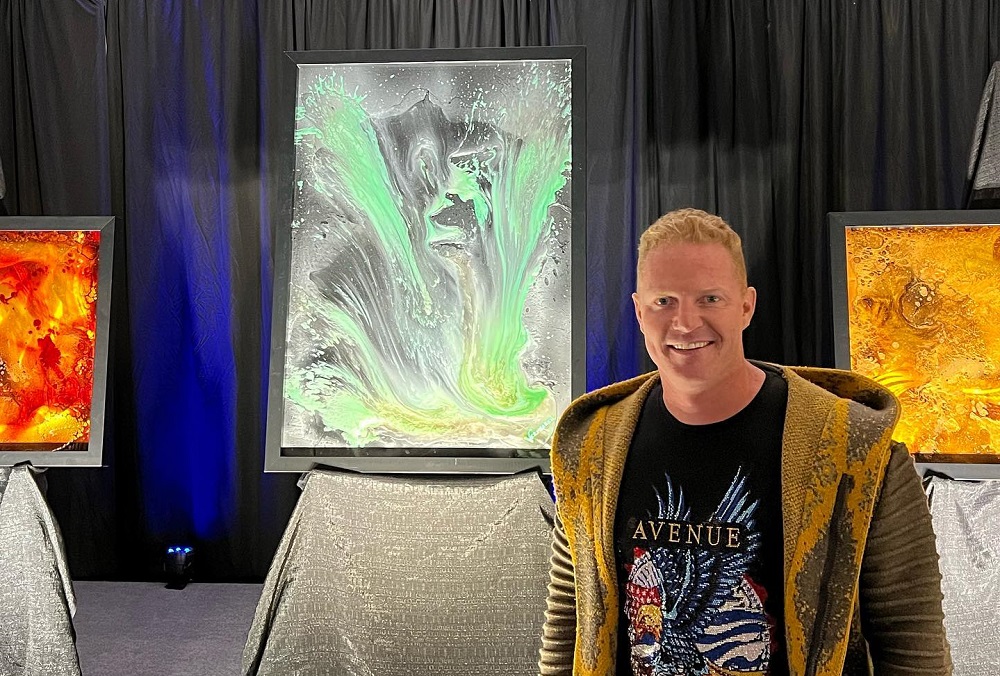 At his first Park West VIP event on October 9, Vermeeren had his first sell-out show with the gallery. After the last of his 58 paintings sold, the accumulated crowd, including Principal Auctioneer Jason Betteridge and fellow artist Kre8, gave the artist a standing ovation. 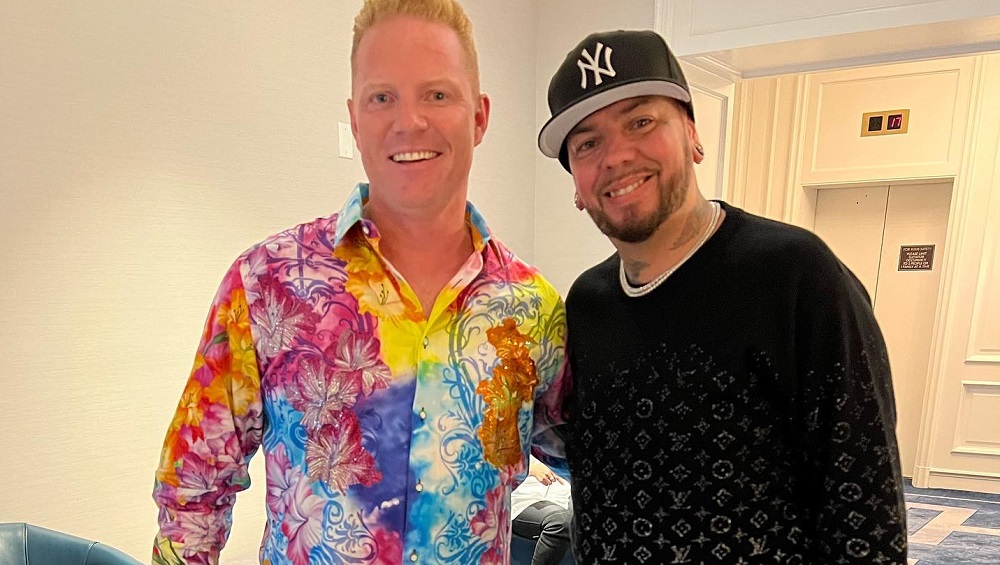 In a recent interview, Vermeeren said, “Some people think I spray it, or drip it. But, in actuality, I have tons of different techniques. It almost looks ceramic, some say. Others are sure it’s glass, or plastic, or that there’s a light behind my painting. It’s interesting because everybody has their ideas and thoughts on how it’s produced. For now, it’s my little secret and for me, definitely, I can stand out with it.” 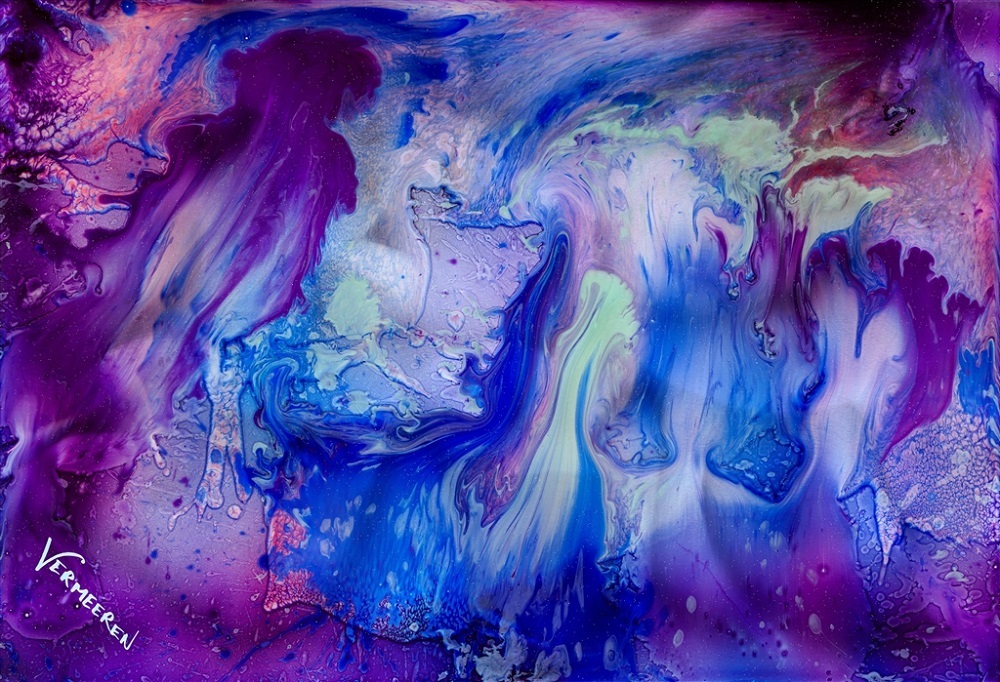 However, just a few weeks later, it was obvious Park West collectors still wanted more from Vermeeren. The artist made his online premiere at Park West’s live-streaming art auctions during the weekend of October 14. 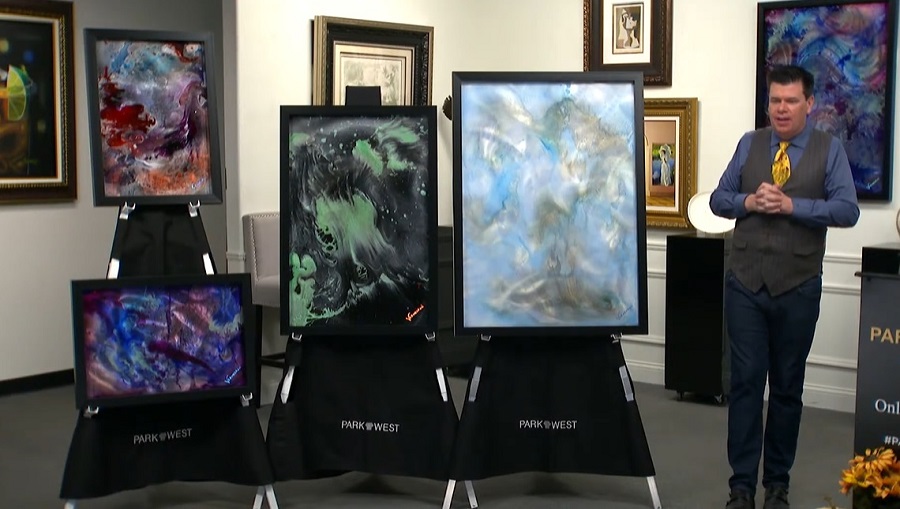 Principal Auctioneers Jordan Sitter and Morris Shapiro showcased 20 new works from Vermeeren, and it quickly became apparent that another sell-out was on the way. 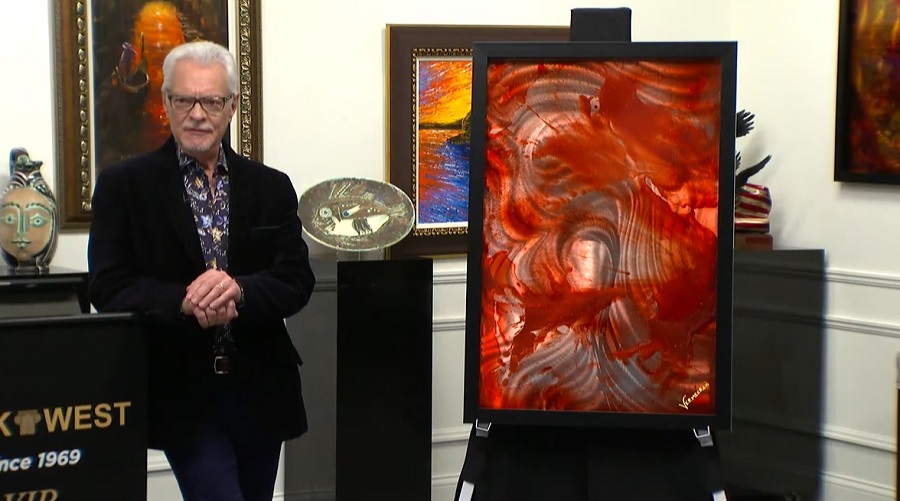 Morris Shapiro shows off a Vermeeren original at the online auctions

In fact, as his last painting of the weekend came up for bidding—a painting titled “Golden Days”—Sitter actually called Vermeeren live on air as the final work was being sold.

In front of the international viewing audience, Sitter asked Vermeeren if he wanted to hear the good news or the bad news first. Vermeeren picked the “bad news.” Sitter told him, “The bad news is… you gotta go to work. You have to paint. Because we’re selling the last painting right now and every other painting just sold, so we have zero left.” 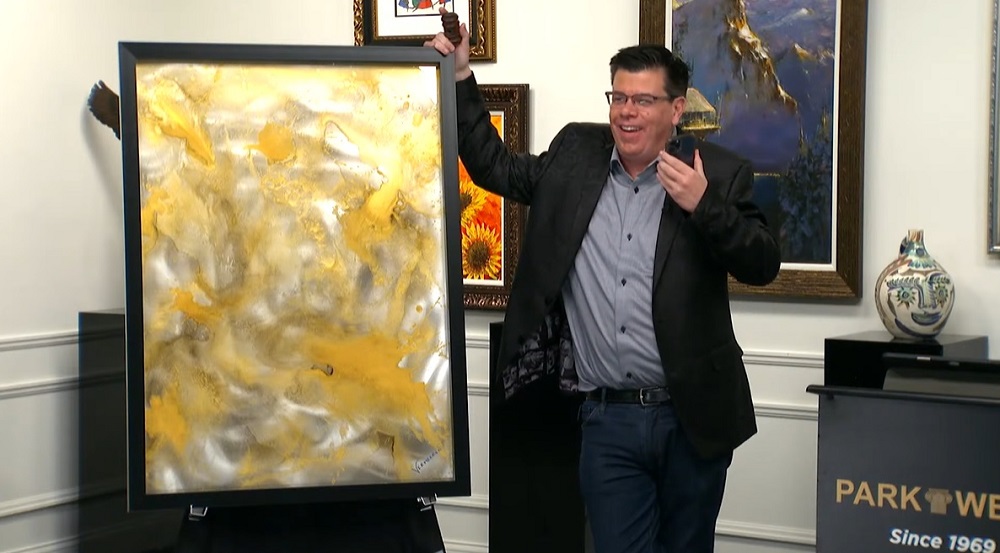 Morris Shapiro chimed in, “That’s what we call a sellout,” as Sitter brought down the gavel and the film crew cheered.

Vermeeren was thrilled to receive the news live, having achieved the incredible honor of selling out his first in-person and online shows within less than two weeks of each other.

One thing is certain—Jeff Vermeeren has a bright future in the art world and with Park West Gallery.

If you’re interested in collecting the art of Jeff Vermeeren, you can contact Park West’s gallery consultants at (800) 521-9654 ext. 4 or sales@parkwestgallery.com 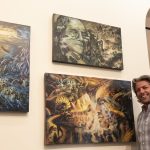