Examining the Innovative Art in Motion of Dominic Pangborn “Michigan in Motion” (2014), Dominic Pangborn, an example of his Art in Motion

Dominic Pangborn is considered an evolutionist, continually seeking new ideas and ways to approach art. This is demonstrated perhaps most vividly through his Art in Motion (AIM).

An Art in Motion appears to be two-dimensional, but when the viewer moves past it, it begins to shift and move. No mirrors or mechanisms are used to cause this effect. Instead, when approaching the artwork, the magic is soon revealed: It is actually a three-dimensional relief that induces an optical illusion.

“A lot of times people think it’s flat, and they go ‘oh my God, that’s actually going out,’” Pangborn says with a chuckle.

Some of these amazing works are on display during his solo exhibition at Park West Gallery, held July 26 to August 16 as part of the gallery’s “Detroit’s Finest” exhibitions. Among the AIMs is his “Michigan in Motion” that earned him a top spot during the 2014 ArtPrize.

Pangborn says he wants to give people an experience, to be intrigued and to think when viewing his art. Through the use of imagery on three-dimensional board structures he achieves this, engaging viewers to move and change their perspective.

“I want the AIM to be really different,” he says. “I want it to really be mind-blowing.”

Pangborn says he is fascinated by the art of illusion, and was struck by an idea in 1971 while walking down Michigan Avenue in Chicago. He happened upon a construction barricade that was designed like a folded accordion, and as he walked by, he noticed how the message on it changed as he moved.

This visual, combined with inspiration from American designer Buckminster Fuller, motivated him to place shapes and images onto triangular planes. When Pangborn moved to Detroit in 1978, he applied his idea, creating a three-dimensional work to help depict a stage design. At that moment, Art in Motion was realized. The technique is similar to the work of Patrick Hughes, who created his first “reverspective” in 1964.

It was his Art in Motion that Pangborn turned to when he entered the 2014 ArtPrize competition in Grand Rapids, Michigan. This was the sixth year for the competition, and Pangborn’s first time entering.

ArtPrize describes his entry, “Michigan in Motion,” on its webpage:

“Dominic Pangborn’s three dimensional Art In Motion creates the unique visual experience of feeling art move as you walk by it. The Michigan in Motion piece has seven unique panels of vibrant art portraying various aspects of the artist’s home State of Michigan.”

Each of the seven images seen hanging on the walls in his work represents various aspects of Michigan, such as the seasons or lighthouses.

“I kind of like how the idea of our advertising for the state of Michigan is ‘Pure Michigan,’ so I kind of decided to stick with the Michigan theme,” he says. “I liked the idea of Michigan in motion, Michigan on the rise, kind of positive and upbeat.”

Pangborn says he enjoys making large-scale works of art. “Michigan in Motion,” for instance, measures in at 5 feet tall and 10 feet wide. The images are printed onto aluminum and mounted in three individual sections onto a board.

“If I did this three feet or 24 inches, it would be just a picture. When you do it this size, it almost engulfs you,” he says.

The work hung in the DeVos Place Convention Center, where thousands walked by and experienced it for themselves. Despite it being his first-ever entry, “Michigan in Motion” became one of the 20 finalists. By the end of the competition, Pangborn earned third place in the three-dimensional category. 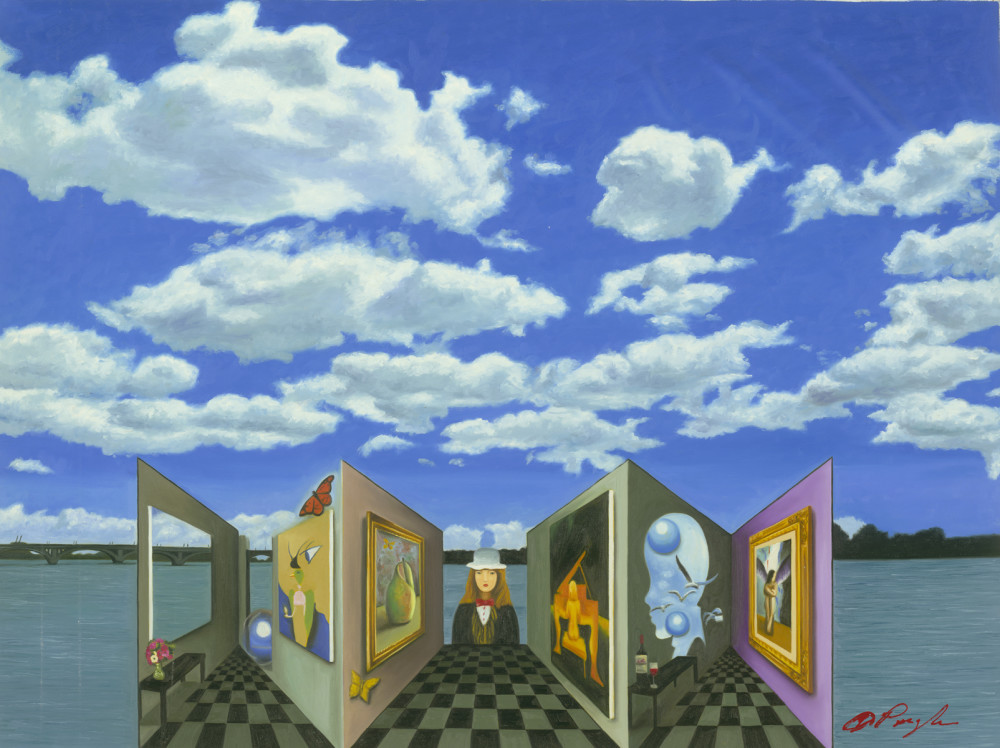 Always the evolutionist, Pangborn says he would like to create an Art in Motion that will surpass his previous works. He has created a few works that have incorporated an Art in Motion into a painting, so he may consider this approach in the future. 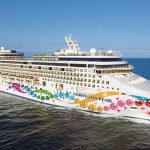 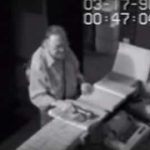