On numerous occasions, Park West artists enjoy using their artistic talents to benefit non-profit organizations, and happily did so during a cruise aboard the Norwegian Cruise Line’s Pearl from July 12-19 to Alaska.

Park West artist Alfred Gockel creatively sourced maps of Alaska in port. He saw an opportunity and approached the other artists traveling with him – world renowned photo-realist painter Scott Jacobs, internationally known painter Fanch Ledan and master figurative artist Peter Nixon – with an idea on how to help raise funds during a charity auction.

According to John Block, VIP Art Director aboard the Pearl, the artists spent the cruise creating special artwork on the maps, adorning them with locally themed imagery such as whales, bears and totems.

The maps were auctioned off during the final day of the voyage at a VIP auction, raising more than $13,000 for the Make-A-Wish Foundation, which grants the wishes of children diagnosed with life-threatening medical conditions.

“We were delighted to help this wonderful charity, which is Norwegian Cruise Line’s primary sponsored benefit organization,” Block says. “Each of the maps received dozens of bids, our clients were very excited about raising money for this outstanding cause.”

According to Norwegian Cruise Line’s website, the cruise line works closely with the foundation. In addition to fundraisers, the cruise line helps create memories for children who wish to visit one of the destinations the line has to offer. This has included making the child an honorary “captain for a day” and behind-the-scenes tours, among other cruise related dreams to fulfill. 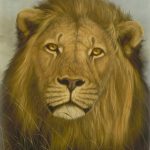 Andrew Bone speaks out about the death of Cecil the lionAndrew Bone, Art & Gallery News, Artists & Special Collections, In the News 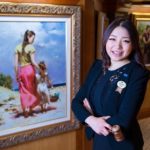