Many artists say they use music as an inspiration, but Marcus Glenn takes it a step further. With his textured figures and bold command of color, Glenn actually captures the essence of music—the tempo, the rhythm, the emotions—in his artwork.

According to Glenn, “I don’t play an instrument, but I do play through my paintbrushes.” You can get an inside glimpse at Glenn’s musical creative process in Park West’s latest artist video. 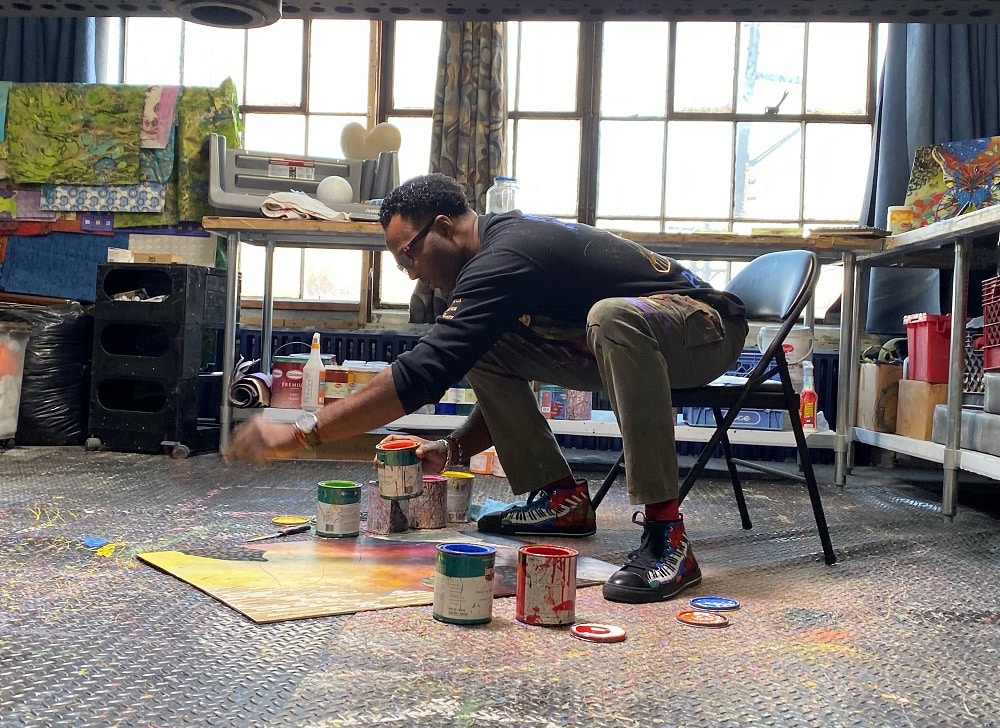 Glenn has been part of the Park West family of artists for over twenty years. He was born and raised in Detroit and still maintains a studio in Corktown, the city’s oldest neighborhood.

Collectors love how Glenn draws from various artistic traditions—everything from Cubism to illustration—and reinterprets them like a jazz ensemble, creating his own idiosyncratic visual lens. In 2005, his work was featured in his first museum exhibition held at Detroit’s Charles H. Wright Museum of African American History. The museum now hosts one of his paintings in their permanent collection. 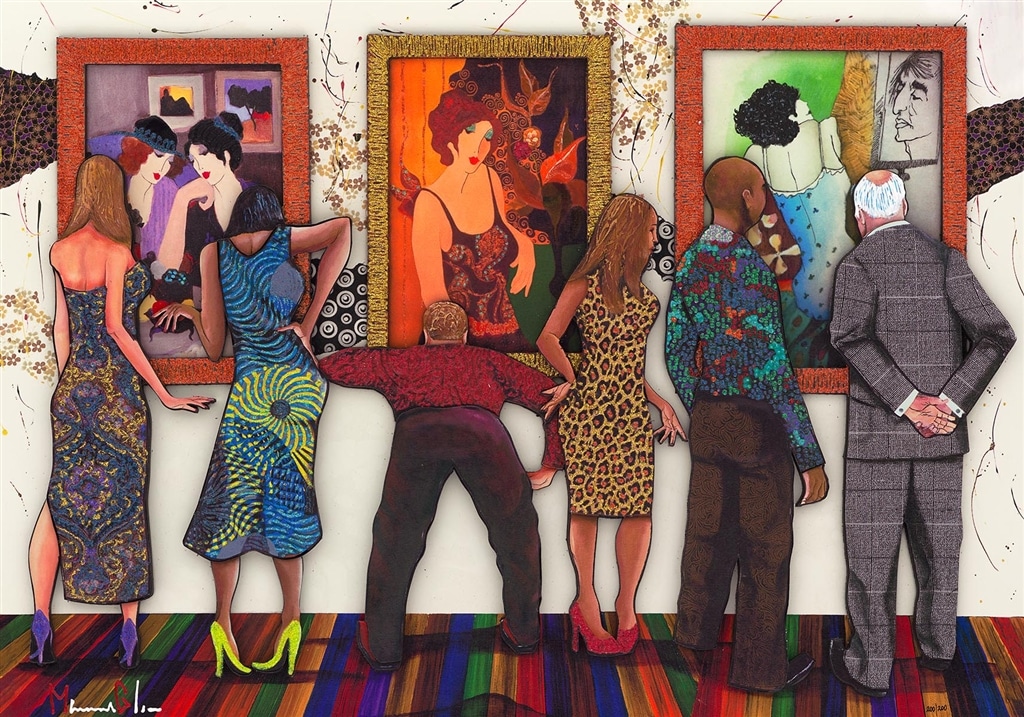 The undeniable musicality of his art was honored in 2014 when Glenn was chosen as the official artist of the 56th Annual Grammy Awards. At the time, he told Park West, “The Grammys asked me to represent music’s biggest night, so, for me, it was a big honor and truly an exciting moment in my career as a professional artist.” 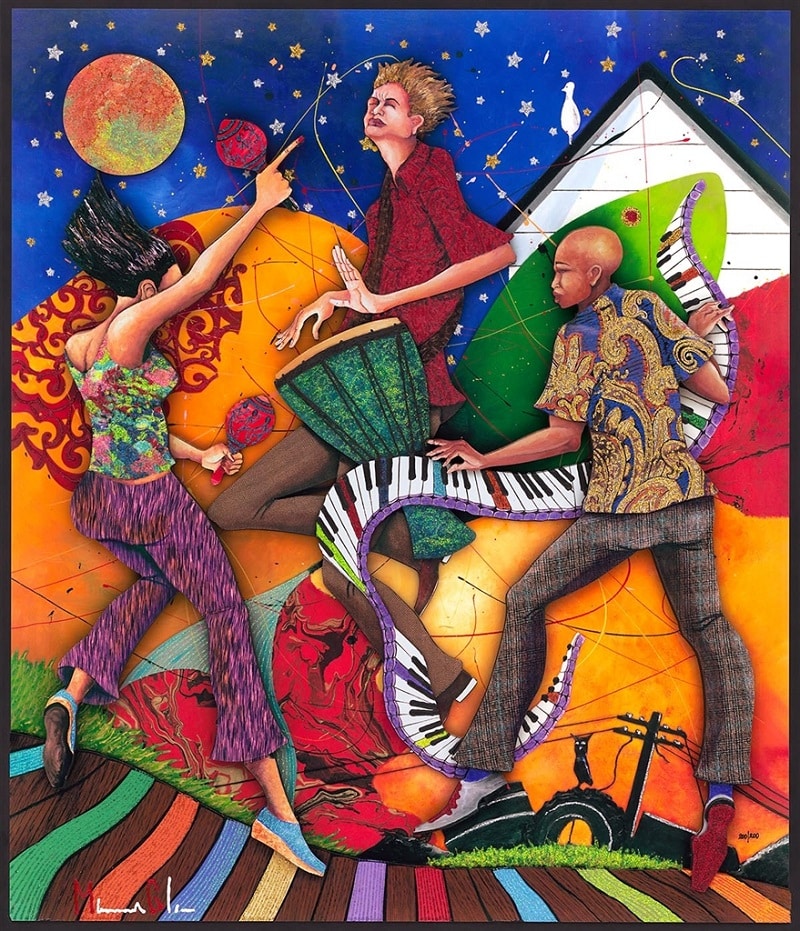 “Three for the Groove,” Marcus Glenn

While visiting a recent Park West event, Glenn told the story of another big moment in his career—the day he met Park West Founder and CEO Albert Scaglione.

“I first got introduced to him at his Southfield gallery,” Glenn recalled. “I used to visit the gallery often and one of his employees recommended me to him.”

“Eventually, Albert asked me to show some of my work at a local event he was doing. He asked, ‘Do you have ten to fifteen pieces ready to go?’ And, of course, I said, ‘Yes,’ even though I didn’t. I was working at Chrysler at the time, so I’d come home and just paint and paint and paint.” 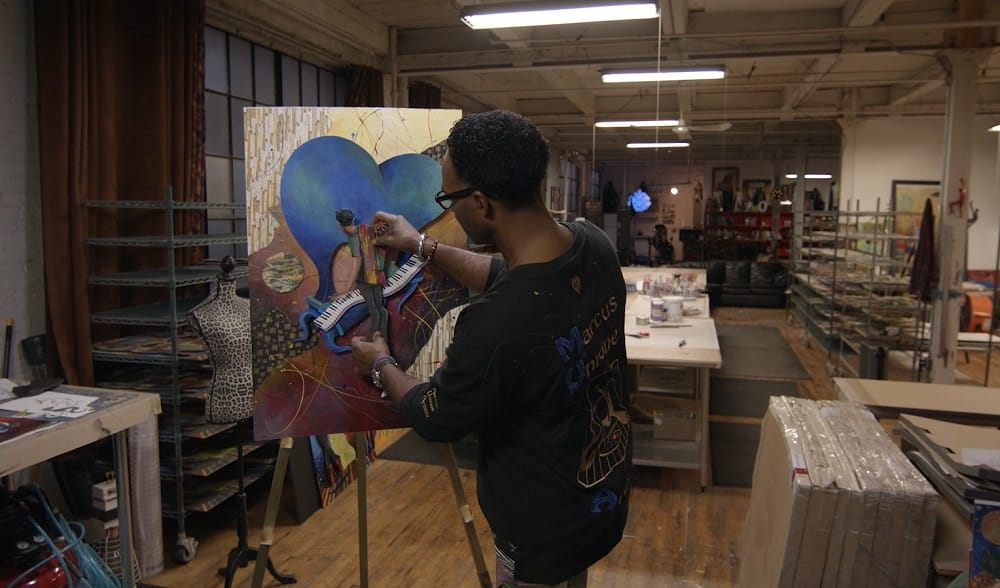 Glenn applies the figure on one of his trademark “Flat Life” creations.

“After the event, Albert calls me and says, ‘Do you want the good news or the bad news?’ I said, ‘Good news.’ He tells me, ‘The good news is that people liked your work and we can definitely sell it. The bad news is we sold ten of your paintings and we need a lot more… quick.’”

Glenn laughed, “We could all use bad news like that.”

Today, Glenn has thousands of collectors all over the world and continues to bring his unique jazz-inspired style to his unforgettable works of art.

To collect the art of Marcus Glenn, contact our gallery consultants at (800) 521-9654 ext. 4 or sales@parkwestgallery.com. 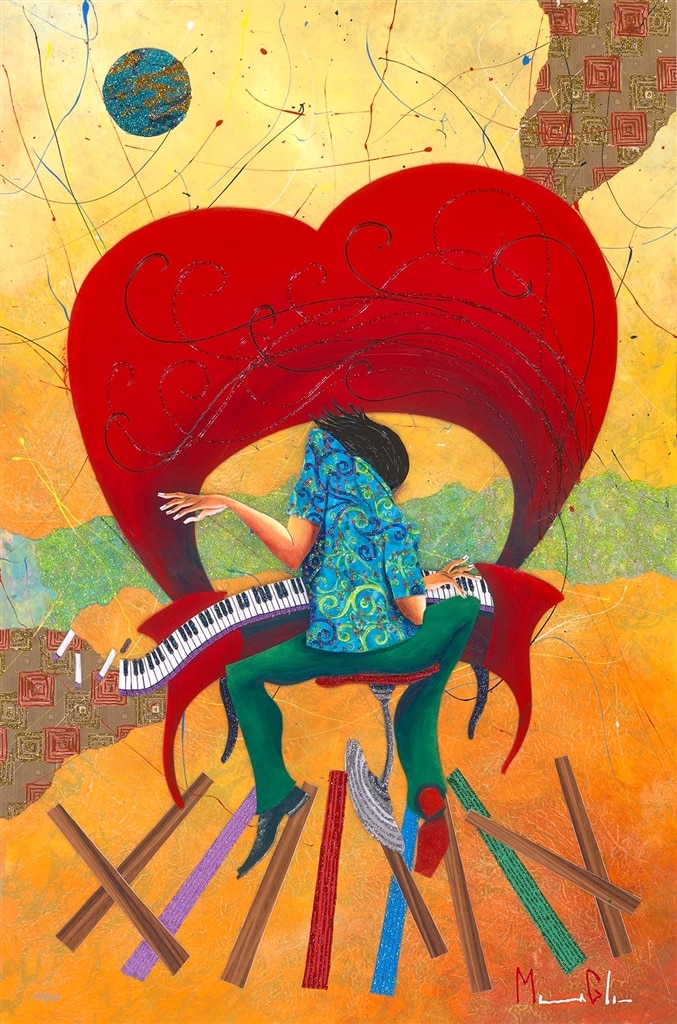 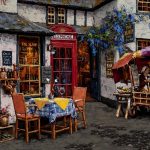 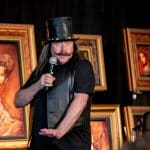