We can turn to experts or surveys to tell us about how young love looks in modern times, but why not go to the source?

Teen Vogue did just that by requesting eight young artists, including art prodigy Autumn de Forest to create art with “young love” as their muse. From romantic relationships to a call for loving one another, the artists offer a glimpse at how their generation views love.

At 15 years old, Autumn is the youngest artist to contribute to the Teen Vogue piece. Her striking entry is the seventh in the article. 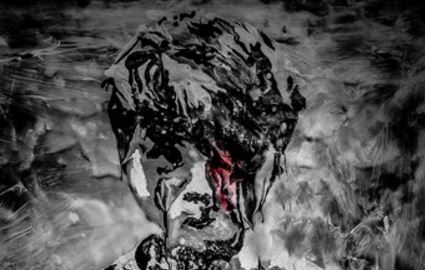 Autumn’s monochrome work, “Aleppo Boy,” is based on the haunting images of a young boy named Omran being pulled from his family’s destroyed home after an airstrike in Aleppo, Syria. Autumn adds a touch of red to highlight his injuries. The artwork was a main feature at the 2017 Miami Art Fairs.

“Aleppo Boy stands for young love from one young person to another young person on this Earth. We need to love each other now more than ever. We need to heal and support each other now more than ever. This young soul, halfway around the world from me and injured from the horrors of war and hatred needs to know that he is loved, even by strangers in far away lands. It is with this sort of love and care that the members of OUR generation can begin to heal the world that we will one day inherit.”

Autumn’s work speaks to the need for others to, in her words, “love each other now more than ever.” The art is a reminder of the tragedy surrounding the Syrian Civil War between the forces of President Bashar al-Assad and the rebels looking to overthrow him.

“Aleppo Boy” highlights the long artistic tradition of creating art as protest. Francisco Goya spoke out against the atrocities of war with realistic depictions of the Spanish Peninsular War, and Pablo Picasso famously protested the bombing of a small Basque County village with his masterpiece, “Guernica.” 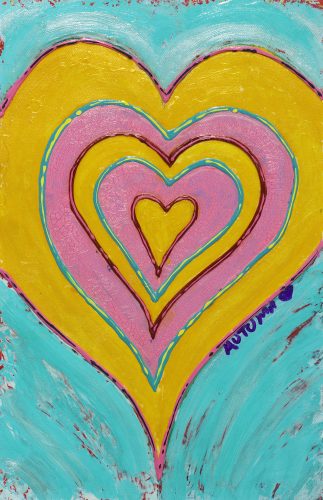 The theme of love is found throughout Autumn’s oeuvre, arousing feelings of whimsy and provoking contemplation.

Her “Target Heart” series, inspired by Jasper Johns, is a multicolored expression on the power of hope and love. Additionally, Autumn’s “Dripping Hearts” represents the inside of her heart and her desire to give back to the world.

At the age of 10, Autumn created her “Dueling Flowers” series. The depicted vase with flowers tells the story of a woman torn between her true love and an admirer. Each man gives her flowers, so she puts them in a vase. She decides to be with the man whose flowers overpower the other. 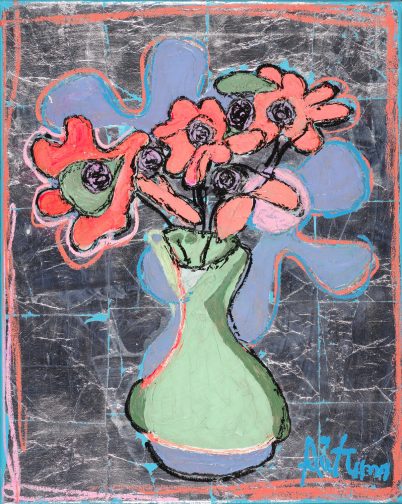 When the admirer’s flowers triumph, the woman is astonished. Autumn concludes: “She realized she could go with neither — because the former would be too weak, and the latter would be too strong.”

Love the art of Autumn de Forest? Then contact our gallery consultants at (800) 521-9654 ext. 4 or sales@parkwestgallery.com to add a work by Autumn to your collection. 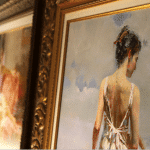 How to Start an Art CollectionArt & Gallery News, Articles 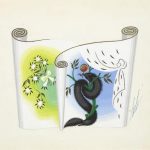