“When I’m surfing, I’ll spend just sometimes up to an hour just keeping my face and eyes above the water and watching the way the sunlight interacts with the water.”

Raised on Florida’s Gulf Coast, Ashton Howard was fascinated by the sea from an early age. A self-proclaimed “struggling artist” in his youth, he got his start selling painted rocks to tourists. Howard is self-taught and, while he has looked up to many of the greats during his artistic development, his primary inspiration has always been his unique perspective on nature.

You can see that perspective on display in this exclusive video from Park West Gallery. 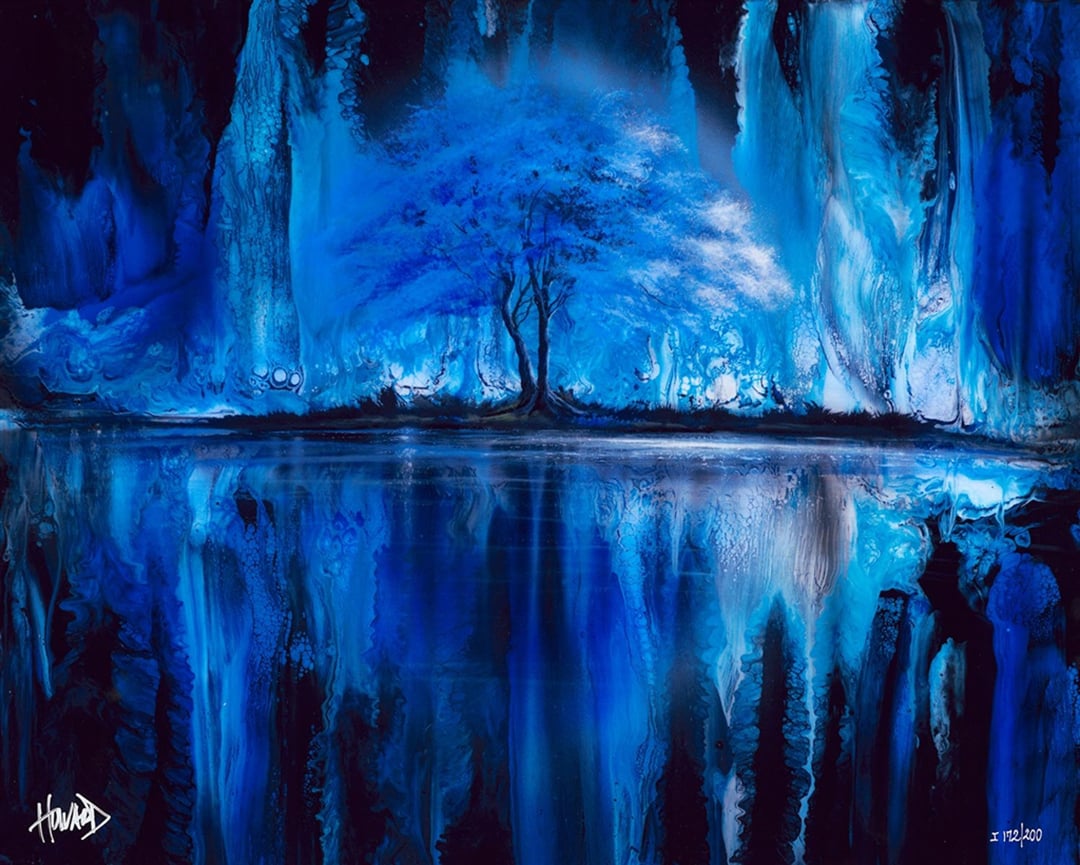 When he was a younger artist, Howard traveled the world seeking inspiration and eventually settled near California’s Laguna Beach where he supported his art career by teaching surfing and painting surfboards. While in California, collectors began taking notice of his remarkable artwork, which captures light and movement in a style Howard calls “Fluid Realism.” Today, Howard resides in his native Florida and his artwork is sold all over the world. 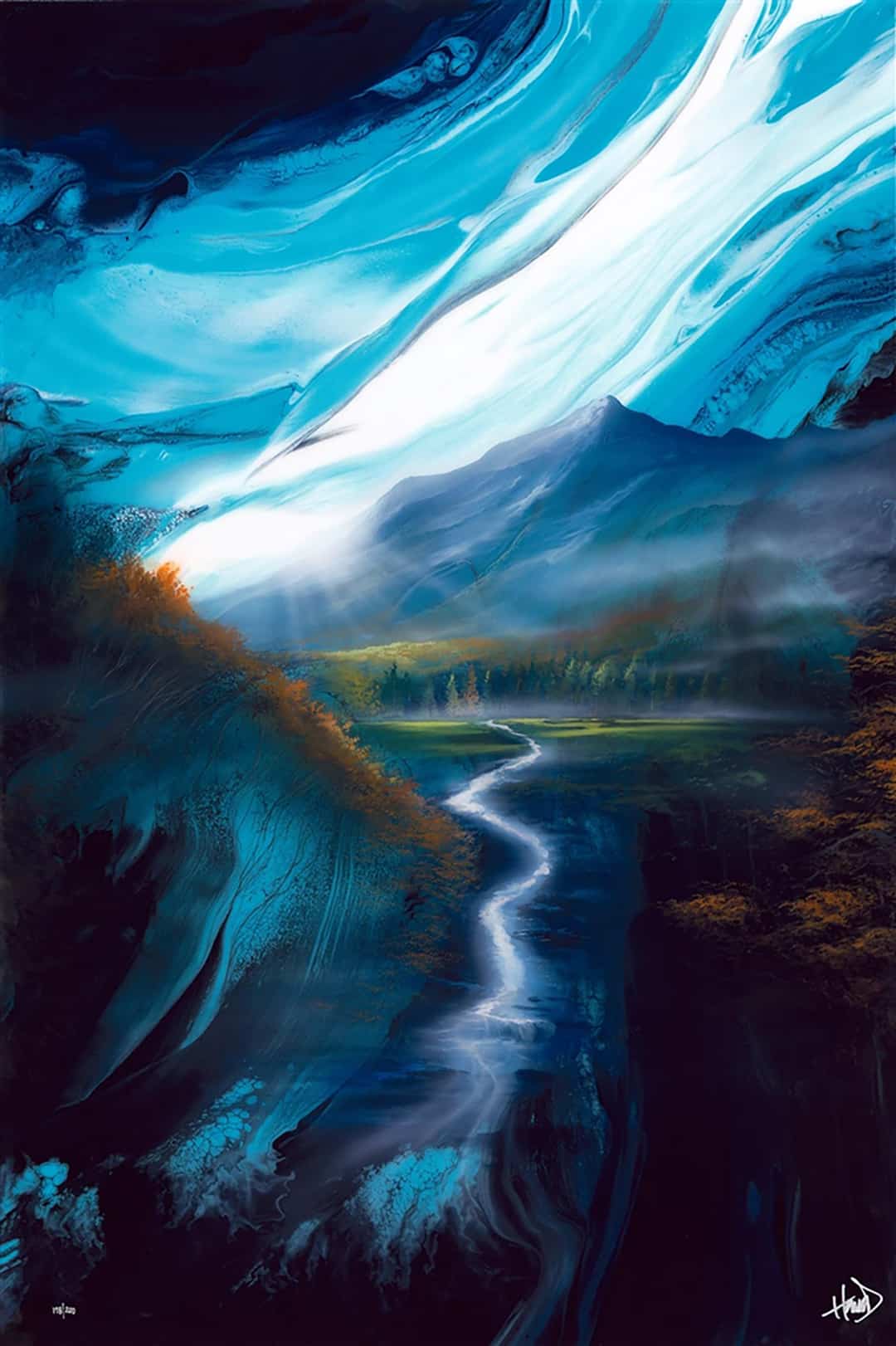 Howard’s paintings typically start on a flat surface where different colors of paints are poured onto a substrate and manipulated with a large palette knife or air compressor. “The fun part for me is watching the fluid liquid paint take on a life of its own,” Howard says. “Much like nature, it’s out of our control.” He then waits for images like the “organic patterns in the sand and riverbed” to appear naturally. 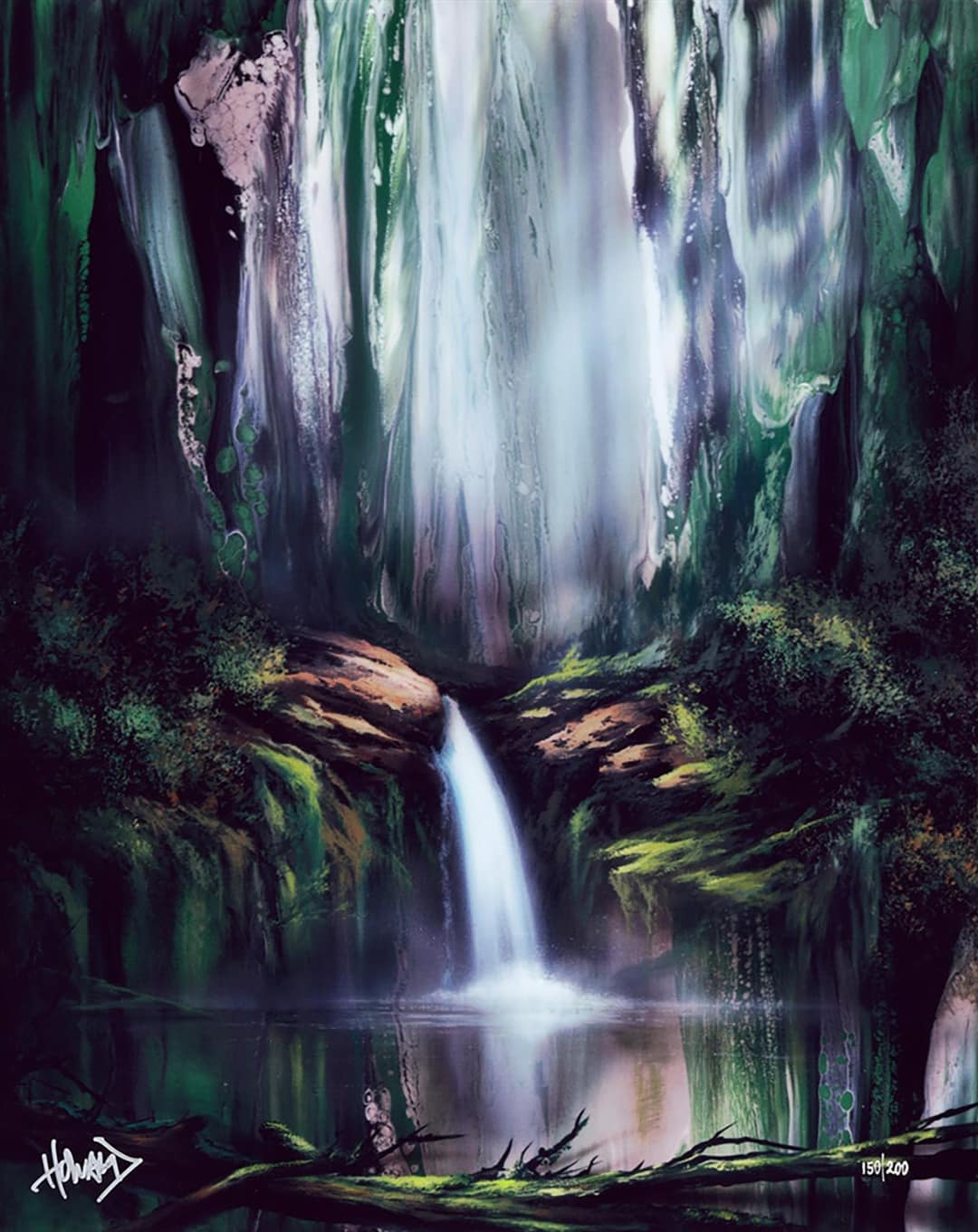 Once Howard’s thick base layer of paint is dry, he places the formerly flat canvas on an easel, allowing him to embellish the composition with his paintbrush. He builds on top of the organic patterns he discovers through his fluid process and adds in natural imagery wherever it seems to fit organically.

Occasionally, Howard incorporates gel mediums or glitter crystals to enhance the organic texture of the artwork. The final step in his process is covering the artwork in a unique epoxy resin mixture that seals in his colors, giving each painting a mesmerizing glossy finish. 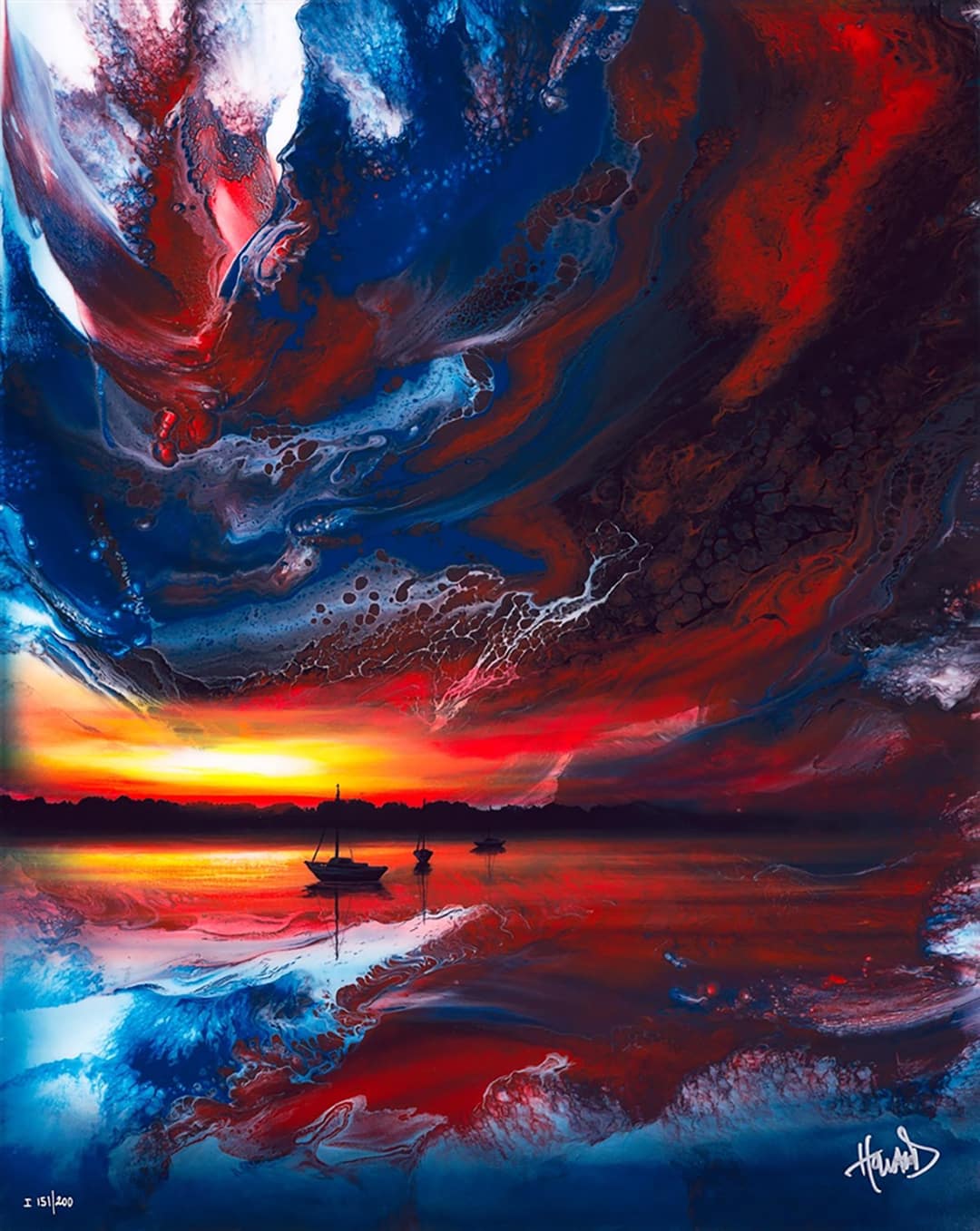 Once the lengthy drying process is finished, Howard considers the painting “done”—he never reheats or makes any changes after the epoxy sealing is complete. The process is so time-consuming that Howard makes less than 20 paintings each month. However, that doesn’t bother Howard, who insists on taking a considerable amount of time to make sure that every painting he finishes is up to his exacting standards.

When asked how he achieves these almost-supernatural compositions, Howard tells Park West that it comes from “from years and years of spending time outside and in the water. It is engrained in my soul and my mind and it’s something that’s never going to go away because it’s the way I see the world. It’s brilliant, brilliant skies from sunrise to sunset. It’s all the adventures and experiences I’ve had outdoors, and they are translated into my art.”

If you’re interested in collecting the fluid art of Ashton Howard, you can attend one of our exciting live online auctions or contact our gallery consultants directly at (800) 521-9654 ext. 4 or sales@parkwestgallery.com. 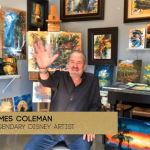 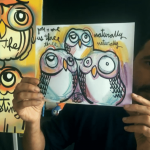