The Alchemic Nature of Painting

The Park West Gallery collection features unique paintings and limited-edition artwork by artist Peter Nixon. With artwork ranging from figurative to still life, combining both representational and abstract elements, the artist is extremely well received by collectors the world over.

I OCCASIONALLY WONDER whether I am in danger of becoming an artistic relic.

In these post modern times, when all of art history is available to artists as an influence and inspiration, my inclination is to look backwards to the Old Masters for insight. Not that I have any desire to imitate the Old Masters, I am a creature of the 21st Century and the themes in my work reflect that, but I am drawn to them in the same way I am drawn to good food and wine. My senses strike a chord with something in their work that my appetite craves. To stretch the food analogy further I am compelled to add these spicy elements to the mental soup in my head ready to be stirred and ladled onto a fresh canvas.

Eugène Delacroix, the 17th century French artist said, “what inspires artists’ work is not new ideas but their obsession with the idea that what has already been said is not enough!” So when I look at an Old Master painting it may suggest an avenue to pursue that is at a tangent to its subject.

The composer Arnold Schoenberg said that an artist should not cut himself from the art of the past but should take it and assimilate it with his own work. I believe it is important for an artist to continue the timeline stretching from the past and maintain and develop the traditional skills of drawing and painting as there is still much in them to explore.

What I love about the Old Masters and what makes me continue to make reference to them in my work is primarily their richness of colour, chiaroscuro and particularly their theatricality – paintings such as Rembrandts and Titians which make my heart soar when I see them in the National Gallery in London.

Paintings should be an event – something visually splendid whose colour ranges from the brightest whites through sumptuous tones to the darkest black. The world presented as vividly as the imagination can conjure.

Modern art can seem cold and forbidding and too concerned with psychological introspection and answering its own rhetorical questions. The beauty of Classical art is that it celebrates the human condition and touches us at a level we can easily recognize. It is as equally well thought out as modern art, some would say more so, but presents beauty as mysterious without being obscure.

Art makes great demands on its devotees. It is extraordinary to think of the amount of human effort that has been put to the service of art just over the last 800 years; surprising for a practice that Oscar Wilde said was entirely useless. An amazing record of toil and tears, divine madness, aspiration and disappointment, but even so, something compelled all those artists to return again and again to their canvases.

Personally, I answered a spark that was ignited by a Leonardo drawing I saw when I was nine and I responded to some mysterious spell in that picture that has driven me to paint ever since.

The alchemic nature of painting is reflected in its mystifying language: sfumato, chiaroscuro, verdaccio, tryptich, alla prima, impasto and also the opulence of its materials: Ultramarine blue extracted from lapis lazuli, Vermilion red from sulphur and mercury, and Indian yellow from the urine of cows fed on mangos. It is pure sensuality and it is the tactility of these materials and the wonder of manipulating them that distinguish painting from video or Conceptual art.

In the recent past there was a belief that academic study – drawing from the model – was hostile to creativity. What a crock, and what a feeble excuse for navel-gazing and butt-scratching. Painting is not dead, as some would have us believe. The younger generation is just too lazy or scared to wake it up.

Modern masters such as Matisse, Picasso, Dali, De Kooning, Rauschenberg, Bacon, were all formed by the same academic skills that benefited Leonardo and Michelangelo. Art is Darwinian by nature and develops in increments; one person’s achievements building a further storey in the edifice. It is naïve and arrogant to believe that all of this collective experience gained over such a long period can be ripped up and discarded in the incessant contemporary pursuit of novelty.

Inspiration does not come without application and hard work. An artist needs to be continually alert to the world around him and should be like a magpie, acquiring images that catch his attention and adapting and absorbing them into his work. As Louis Pasteur said, “fortune favours the prepared mind.”

Curiosity did not kill the cat; it sharpened his claws and got him the cream. There is no finer example of this rabid acquisitiveness than Picasso, about whom Roland Penrose said, “he could take your energy during dinner and use it to paint all night.” Picasso said, “I do not seek, I find,” and was an artist whose insatiable curiosity inspired fear in other artists. In fact those artisans who shared the Bateau Lavoir studios in Paris with him at the turn of the 20th Century locked their doors in fear that he would adopt elements from their work and tellingly go away and do them better.

The artist also has to have the ability to transform all these accumulated ideas into a cohesive form; a good idea can be spoilt if the finished artwork is not well crafted. It takes a lot of looking and contemplating and painting practice to formulate a style that is not rigid and can be built upon. If an artist can transfer these feelings to the viewer by some visual osmosis; to beguile the eye and induce contemplation then he has succeeded in slowing time and casting a spell, thereby bringing a spiritual element into art and the impression of a vivid moment captured and delivered with what Francis Bacon called, “the sensation without the boredom of its conveyance.”

Someone once said that art is like the lotus flower; its roots stand in the mud and its head in the colourful and rarefied atmosphere of ideas. It is this mixture of the earthy and the ethereal that gives painting its charge, its physical impact. The artist; both an alchemist and a shaman takes base materials; minerals and petroleum products, the very dust of the earth, and transforms them by a strange magic into visual gold. 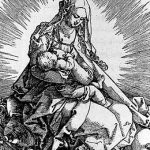