Lunar Art Has Landed in Houston

HOUSTON, TEXAS — To mark the 40th anniversary of man´s landing on the moon, this September the Museum of Fine Arts, Houston presents The Moon: “Houston, Tranquility Base Here. The Eagle Has Landed.” This exhibition chronicles man´s enduring fascination over five centuries with our nearest planetary neighbor. Ranging from moonlit landscapes by the Old Masters and the Impressionists, to Ansel Adams´ iconic Moonrise, Hernandez, New Mexico (1941) and shots famously taken on the moon by the members of Apollo 11, the exhibition provides a dazzling overview of five centuries of moon-gazing. In addition, early scientific instruments, books, moon globes, maps, Galileo Galilei´s 1610 treatise on the moon, and objects from NASA are on view.

The exhibition´s title is taken from the famous first words that Commander Neil Armstrong broadcast to Mission Control, at the Johnson Space Center in Houston, after Apollo 11 landed on the moon on Sunday, July 20, 1969, 3:18 pm CST: “Houston, Tranquility Base here. The Eagle has landed.” By changing the call signal to Tranquility Base, the landing site, Armstrong signaled to his colleagues back on Earth that the lander portion of their spacecraft (named the Eagle after the USA´s national bird) had set down on the moon.

On view will be works by Albrecht Dürer, Peter Paul Rubens, Aelbert Cuyp, Joseph Wright of Derby, Caspar David Friedrich, Honoré Daumier, Jean-François Millet, Charles-François Daubigny, Gustav Doré, Edouard Manet, Edvard Munch, Max Beckmann, Robert Wilson, and Sharon Harper. The oldest objects in the exhibition, such as The Virgin of the Crescent Moon (1511), a woodcut by the great German Renaissance artist Albrecht Dürer, show the moon in a religious context; the most recent artworks on view are No.5-7 from Sharon Harper´s series of photographs, Moon Studies and Star Scratches (2004).

Through approximately 130 artworks and a selection of early scientific instruments and maps, the exhibition details how mankind has approached the moon over time, both optically and artistically. Balancing artistic vision with scientific fact, major historical moments are represented, from the invention of the telescope, to the introduction of photography, to space exploration and man´s landing on the moon. Through the interaction of art and science, our perception of the planet has been shaped, and all the paintings, graphic artworks, models, sculptures, and photographs depict the same iconic subject in unique, intriguing ways.

The Moon is currently on view through January 4, 2010.

For more information on this exhibit, please visit www.mfah.org/moon 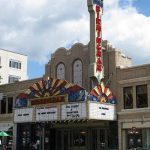 Art in the Park This WeekendArt & Gallery News, Exhibits, Philanthropy 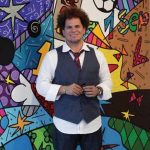