NASHVILLE, Tenn. — When widely-celebrated artist Scott Jacobs signed on as the first officially-licensed artist through Harley-Davidson’s “Fine Art Program” worldwide in 1993, he had no idea 19 years later he would be running the Motorcycle Cannonball 2012 Endurance Race on his fully-restored 1926 Harley-Davidson J. He will join over 70 other riders of pre-1930 motorcycles from 22 states and 10 foreign countries in a race that begins in Newburgh, NY on Friday, September 7, 2012 and finishes in San Francisco 17 days later.

“To be a part of this ‘rolling museum’ of classic motorcycles on a trek that started almost a century ago is really amazing,” said Jacobs. “This is a test of the endurance of both machine and human body.”

Jacobs, who starred with his daughter Alexis in the season two premiere of ABC Television’s “Secret Millionaire” in June, attended the Motorcycle Cannonball as a spectator two years ago and was bitten by the bug to race. Antique motorcycle specialist and former Cannonballer Steve Huntzinger restored Jacobs’ 1926 Harley complete with matching helmet, and famed Black Hills Harley-Davidson in Rapid City, South Dakota will sponsor Jacobs’ participation.

Scott’s wife will ride her Harley-Davidson Forty-Eight Sportster and carry a GoPro® camera to document the ride, and their two daughters will join the ride on their motorcycles at Stage 7 in Sturgis, SD. Copies of his acclaimed coffee table book “The Art of Scott Jacobs – The Complete Works” will be available at each stop of the race, and proceeds will be donated to charity.

The Motorcycle Cannonball 2012 is a motorcycle endurance run with competition based on precision riding and navigational skills on classic motorcycles. The pre-determined 3950-mile route, which kicks off at the Motorcyclepedia Museum, takes riders through a dozen scenic national parks and forests. Highlights include riding along the coast of Lake Erie, through the plains, the Badlands and the Rockies and finishing on 100 miles of the Pacific Coast Highway across the Golden Gate Bridge and into San Francisco.

The 16 stages range from 93 to 326 miles, and less than 100 miles of the trip will be on interstates. Plans call for four stops at motorcycle museums, including hosted receptions, several hosted lunch stops at Harley-Davidson dealers, and a few city-hosted events. Motorcycles will be on display at each stop, and the public is encouraged to take photos and meet the riders.

For additional information about the race, the route, the riders, its history and more, visit www.motorcyclecannonball.com 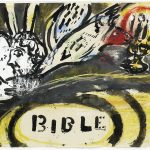 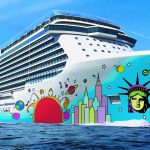