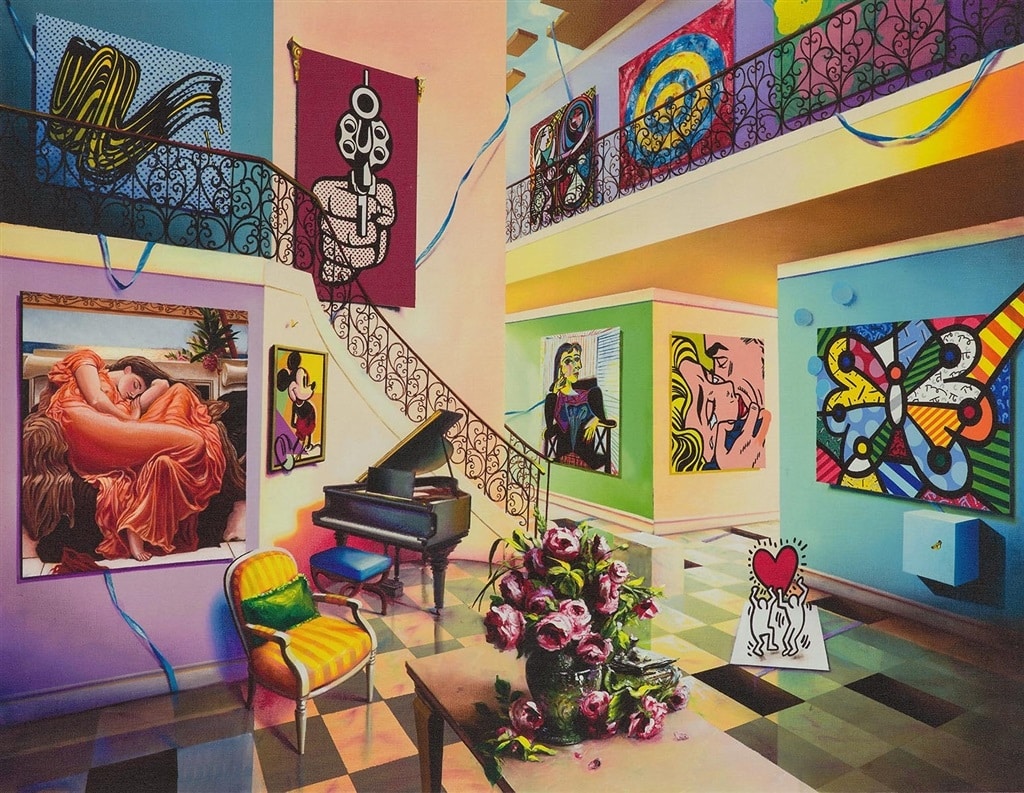 Enter the magical world of Orlando Quevedo where fantasy and reality seamlessly blend together with masterpieces from art history.

As the leading proponent of “Magical Realism,” Quevedo’s art is exhibited in over 30 major galleries across the United States and Europe. Inspired by the Baroque era and Surrealism, Quevedo blends architectural interiors with elements of illusion and antiquity, Quevedo creates magical settings begging to be explored.

Park West proudly offers both original paintings and graphic works by Quevedo, including exciting limited-edition works on metal. In these works, by using a cutting-edge technique known as dye-sublimation, Quevedo’s imagery is bonded to metal at a molecular level, amplifying his luminous art to new heights. 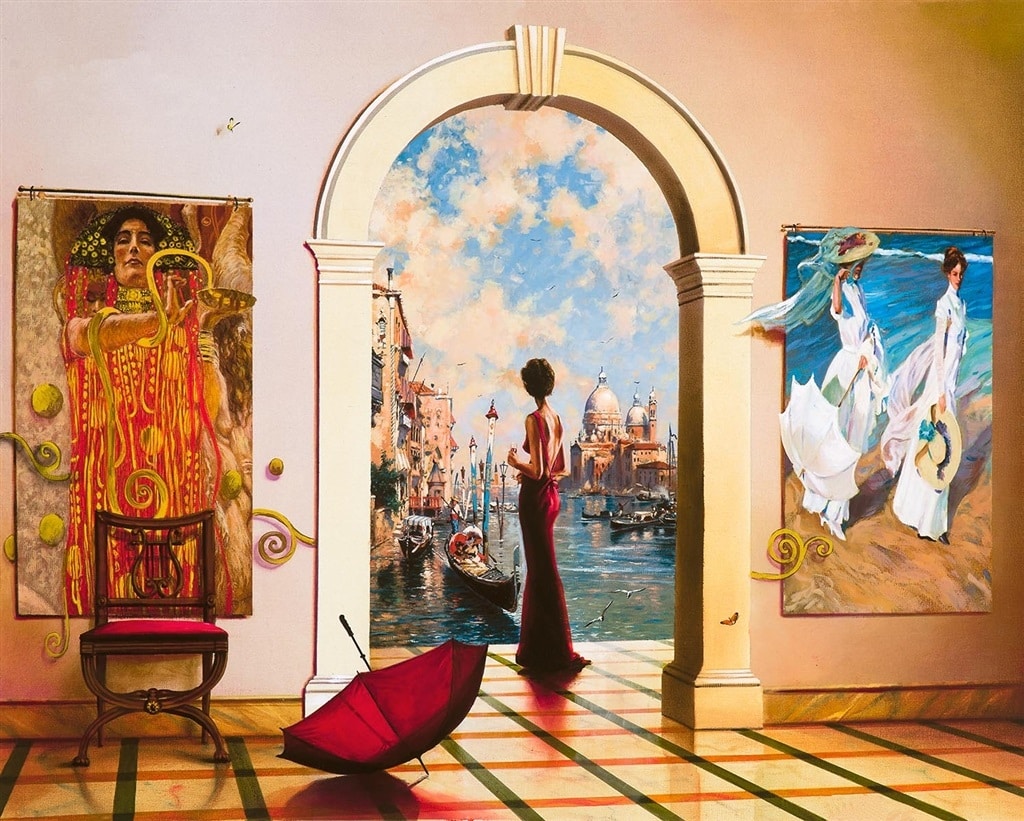 Born January 1, 1970 in Holguín, Cuba, Quevedo studied at the Vocational School of Arts. He later attended the Professional School of Fine Arts in his hometown and rounded out his formal education at the Instituto Superior de Art (University of Arts) in Havana, Cuba in 1993, graduating in the same year.

Quevedo’s father immigrated to Philadelphia 13 years prior to Quevedo graduating from the University of Arts. Quevedo followed in his father’s footsteps, immigrating to Philadelphia in 1993. The artist worked as a professor of art appreciation at La Salle University in Philadelphia and used his talents to paint several large murals in the downtown area. 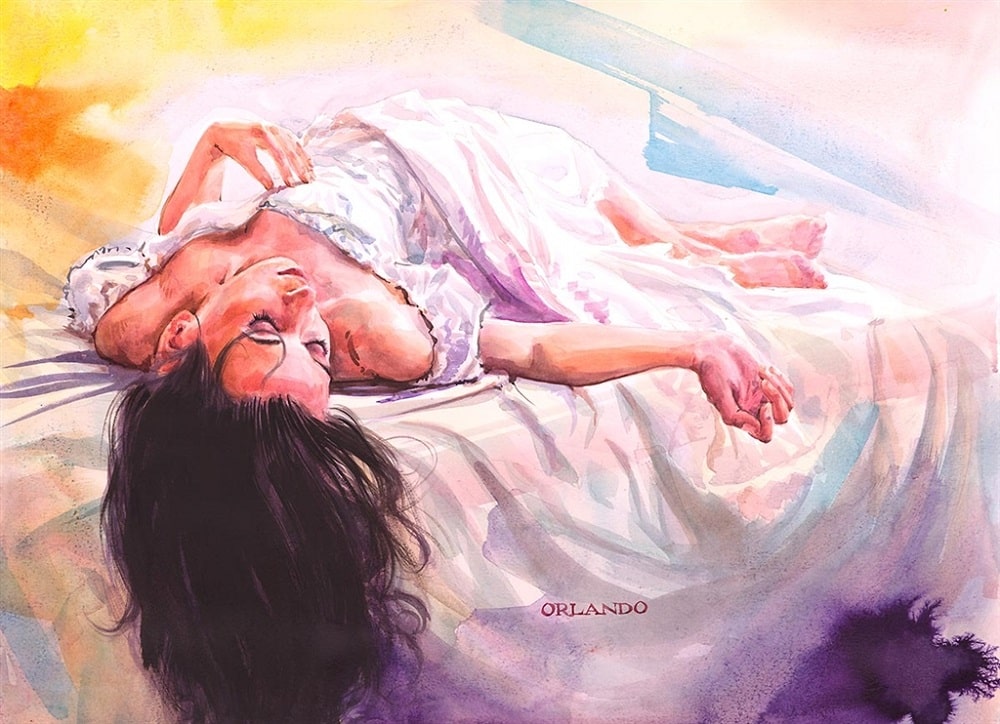 Quevedo’s immigration to Philadelphia impacted his artwork on multiple levels. The artist applies vibrant and lively hues to his canvases to signify the happy reunion with his father. Quevedo’s exposure to the artwork at the Philadelphia Museum of Art inspired him to pay tribute to iconic artists that came before him in his own oeuvre. 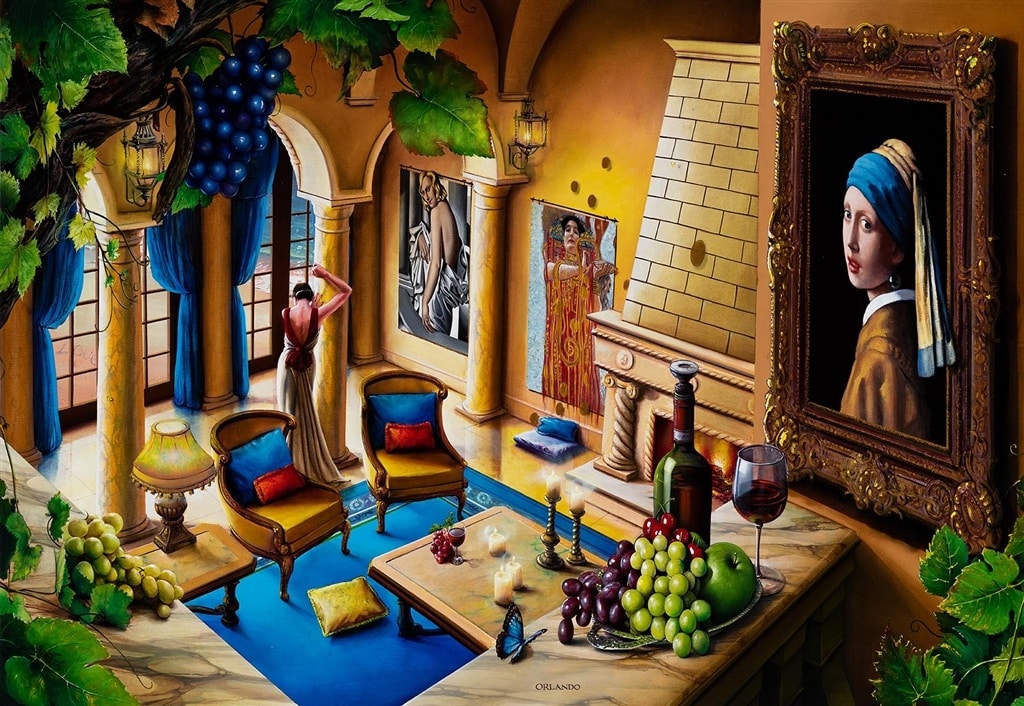 For information on how to collect art by Orlando Quevedo, register for our exciting weekly online auction or contact our gallery consultants at (800) 521-9654 ext. 4 or sales@parkwestgallery.com after hours. 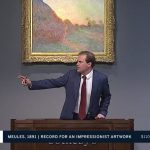 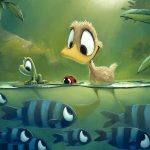