One of the biggest announcements was the reveal that Park West Gallery artist Orlando Quevedo will be the official artist of the 2023 National Cherry Blossom Festival! 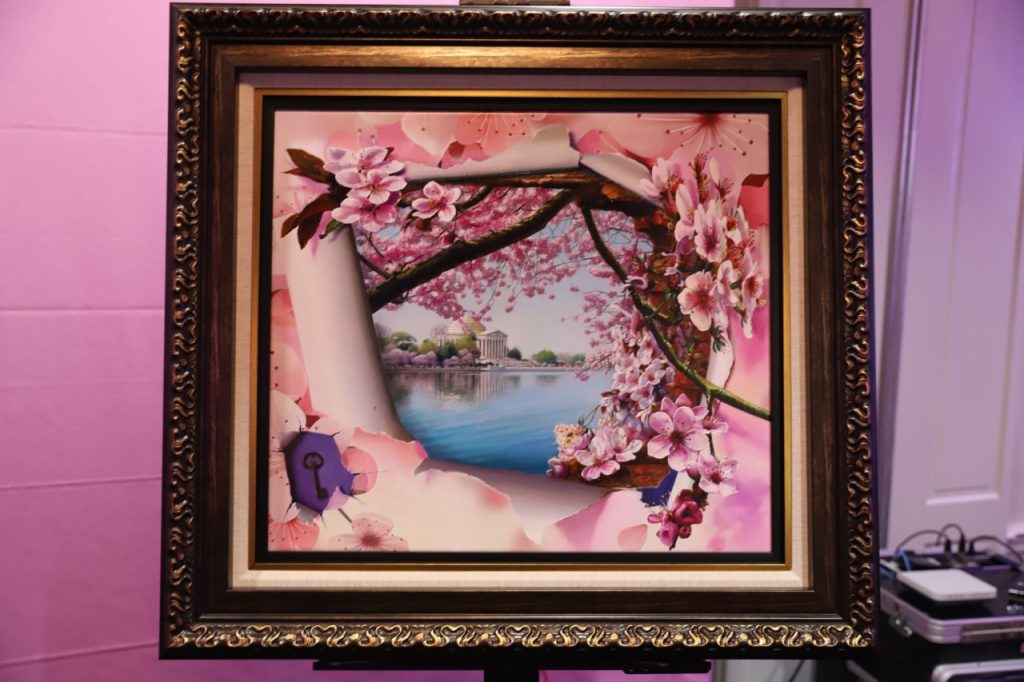 With “Cherry Blossoms,” Orlando has painted a three-dimensional masterpiece as the spectator is encouraged to look into the painting to spot the beautiful Tidal Basin covered in blossoms. His work reminds us of the magic that surrounds the blossoms.

“I was honored to be able to create this piece for the National Cherry Blossom Festival,” said Quevedo. “As the 2023 Festival Official Artist, I am proud to be a part of this longstanding tradition through my artwork.” 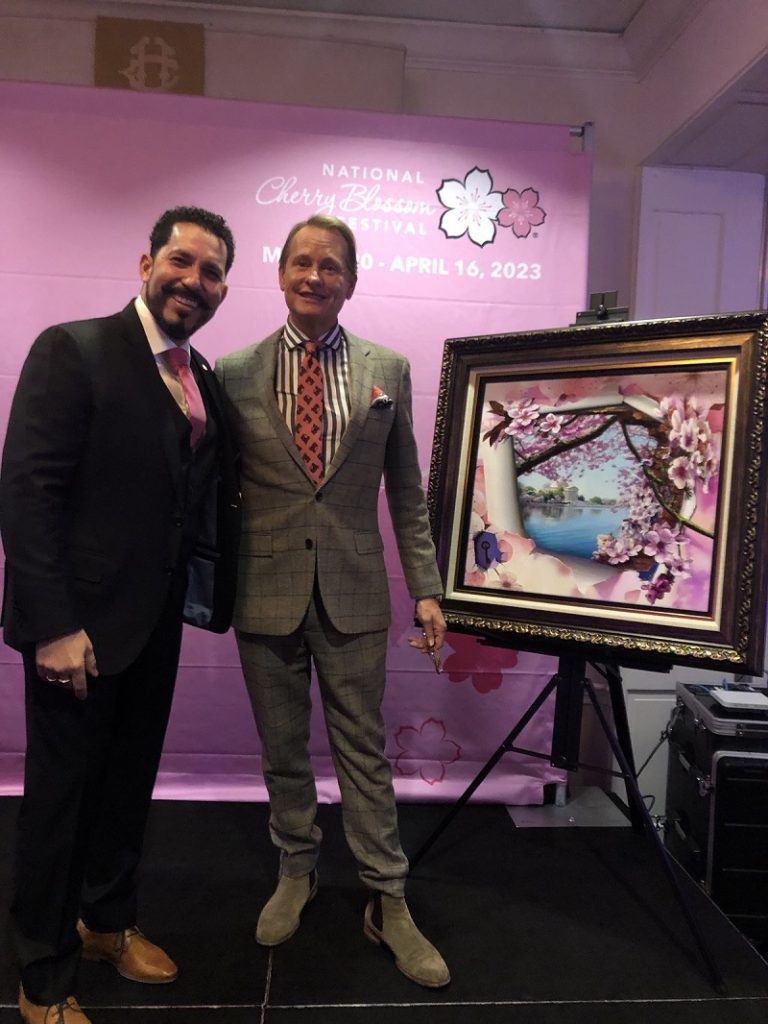 A limited edition 2023 Commemorative Poster featuring Orlando’s artwork is available for purchase in the Festival’s online shop. The official artwork will also be on display through December 7 at the Japan Information & Culture Center (JICC), part of the Embassy of Japan, which is committed to enriching the relationship between Japan and the United States through an active, vibrant cultural exchange.

There will also be an auction for two limited-edition giclee prints, with funds directly supporting the Trust for the National Mall’s Adopt a Cherry Tree Campaign, to help the National Park Service care for the 3,700 iconic cherry trees on the Tidal Basin and the National Mall and ensure they continue to bloom for generations to come. Bids can be made here through December 14, just in time for the holidays. 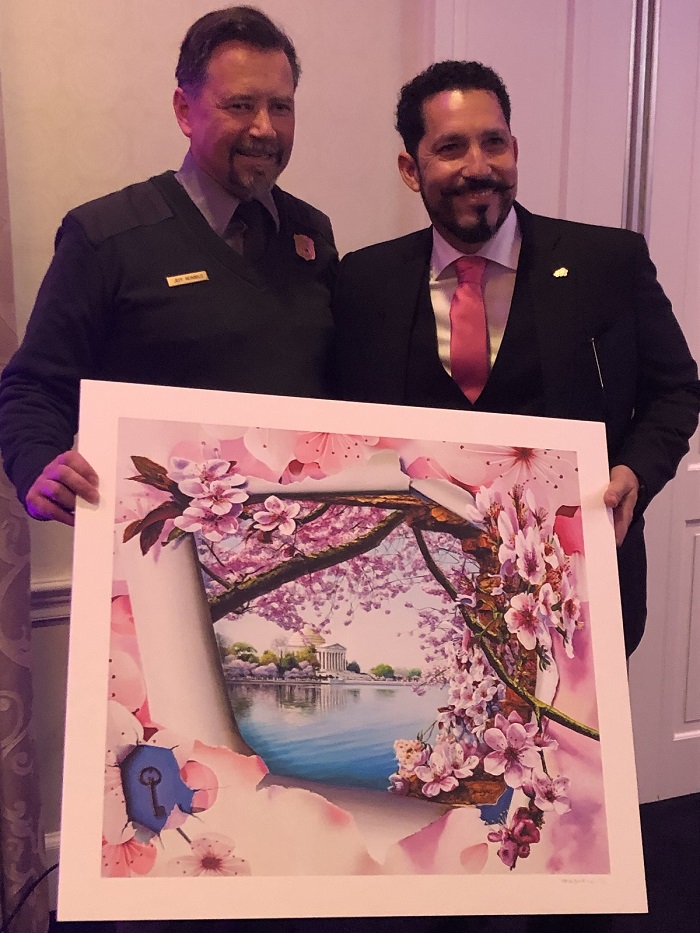 A special print of Orlando’s painting was presented to the National Park Service to hang in their regional office.

“The National Cherry Blossom Festival is spring’s biggest welcome party—spanning four weeks and reaching from D.C. to Maryland, Virginia, and beyond,” said Diana Mayhew, president and CEO of the National Cherry Blossom Festival. “Spring’s arrival is only 16 weeks away, and we plan to present a host of traditional favorites and new experiences that will unite communities and bring friends and families together to make wonderful memories.” 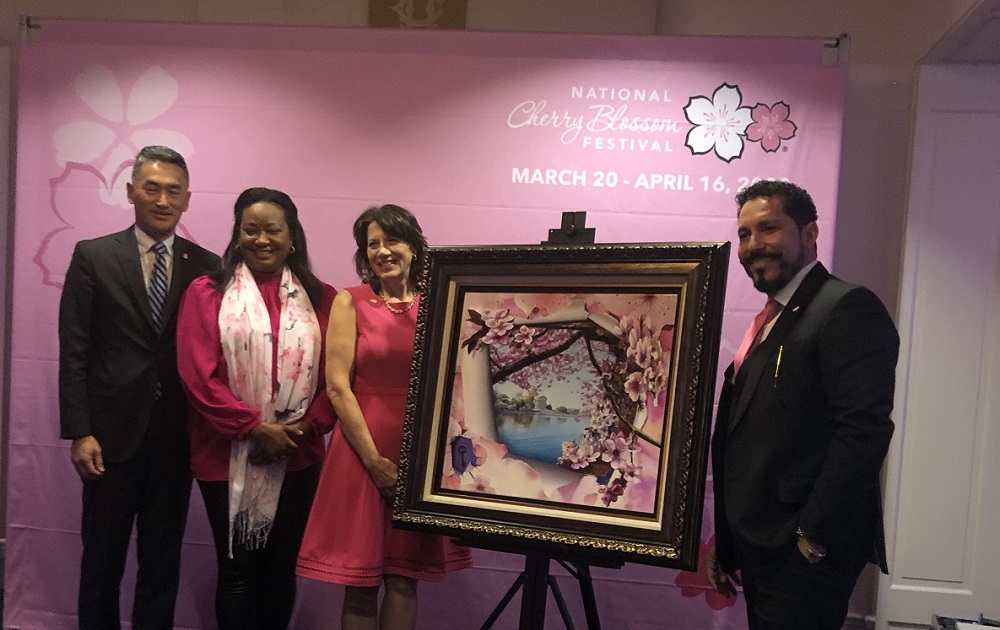 In another exciting announcement, the 2023 National Cherry Blossom Festival Parade® presented by Events DC will have a pair of very special Grand Marshals.

“We are delighted to present the 2023 National Cherry Blossom Festival Parade with Grand Marshals Mickey Mouse & Minnie Mouse as they bring the magic of Walt Disney World® Resort to our nation’s capital,” said Angie M. Gates, president and CEO of Events DC. “We invite everyone to join us April 15th on Constitution Avenue for what is sure to be a spectacular celebration of spring.”

The site of today’s preview event has its own roots to the Festival. The University Club’s first president was former President William Howard Taft. In April 2005, a Yoshino cherry tree was planted near the entrance to the Club and dedicated during a special ceremony at an event honoring former First Lady Hellen “Nellie” Taft, wife of President Taft. First Lady Taft helped champion the first cherry trees being planted at the Tidal Basin in 1912. 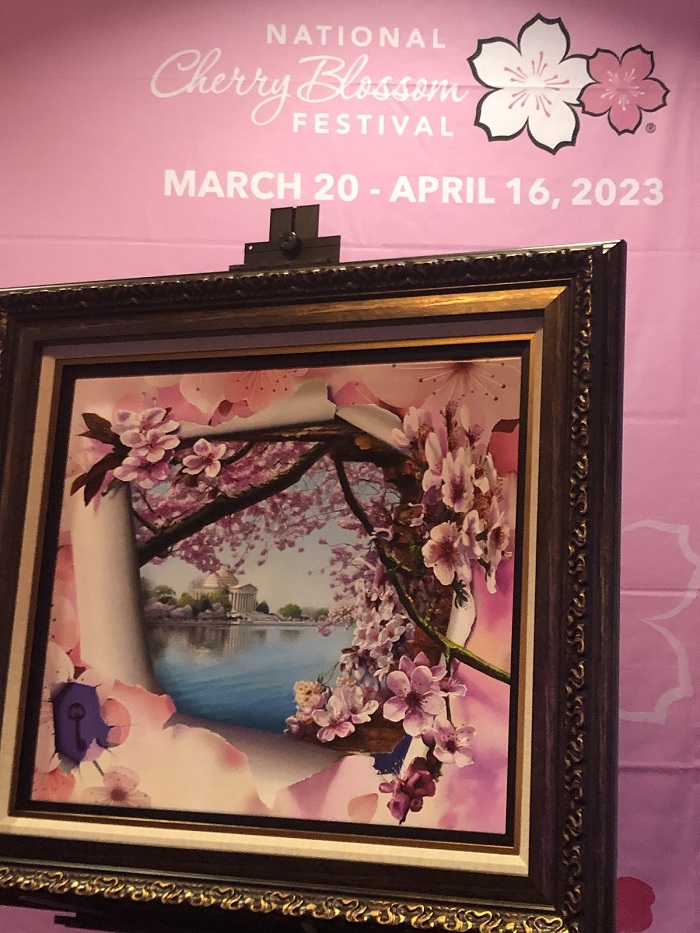 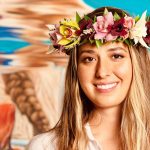 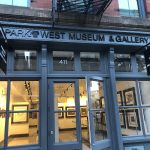