Park West Gallery reviews the latest art-making processes in its mission of re-imagining the world of fine art, and is proud to offer one of the latest and most innovative mediums to its collectors.

Park West Gallery is excited to present art created by dye sublimation, with two of its artists already releasing editions of their artwork using this new digital process.

In chemistry, sublimation involves a substance changing from a solid to a gas without ever becoming a liquid. In hard surface sublimation, an image is printed onto transfer paper using dye-based inks, and then transferred onto a specially coated surface with heat and pressure.

Dye sublimation is the digital printing process that transfers imagery onto materials such as metal, glass and plastic. The original image is made into a digital matrix, and from there the artist has total control over how the colors will appear on the final work of art. The image is essentially cooked onto the material, which in the case of Park West Gallery are lightweight aluminum plates. Park West Gallery Founder and CEO Albert Scaglione, during an interview on Sunday Edition, had this to say about the new process:

“It’s the idea of taking digital representations of your imagery, transferring it to another surface, and then you having the ability to change that imagery…the brush no longer becomes a piece of wood with hairs on it, it really becomes a digital map,” he says.

Along with creating a sharp and vivid image, the durability of the panels is much greater than canvas or paper. When a white panel imaged with six colored inks was tested in simulated interior daylight conditions, the panel was shown to last two to four times longer than long-lasting archival photo papers.

The panels are also scratch proof and resistant to chemicals, moisture and heat. For instance, a coin can be rubbed on the surface without leaving visible damage.

With dye sublimation, artists are given a new tool to express themselves and present their art, all the while giving collectors exciting options aside from the traditional mediums. Guy Harvey, a marine wildlife artist and conservationist, has found great success with his dye sublimation artwork. He says the reflective surface of a dye sublimation artwork adds to the aesthetics of his ocean-inspired works.

“The end result is fantastic,” he says. “I think it’s one of the nicest art forms.” Harvey says compared to his other imagery, those created with dye sublimation have a “glow” and “brightness” to them that isn’t typically achieved through other methods.

“It’s vibrant, and I really like the way that Park West Gallery frames them,” he says.

Michael Cheval is another Park West Gallery artist using dye sublimation on aluminum. Cheval says when he was first introduced to it he was skeptical, but once he actually saw an example of one of his artworks printed with the process, he was impressed.

“It’s the color, the vividness, the sharpness, it was unbelievable,” he says. “Aluminum makes it like an HDTV.” Most of Cheval’s editioned works are made available in aluminum as opposed to canvas or paper. His “Absurdism” artwork offers a view into another world that turns reality on its head, so for Cheval, making that world even more brilliant and presentable with dye sublimation is a bonus.

“It’s a window to another reality, to another world, and it’s so attractive,” he says of the aluminum works.

Contact our Sales Department to acquire these fascinating works of art. 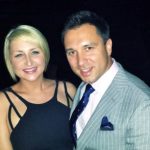