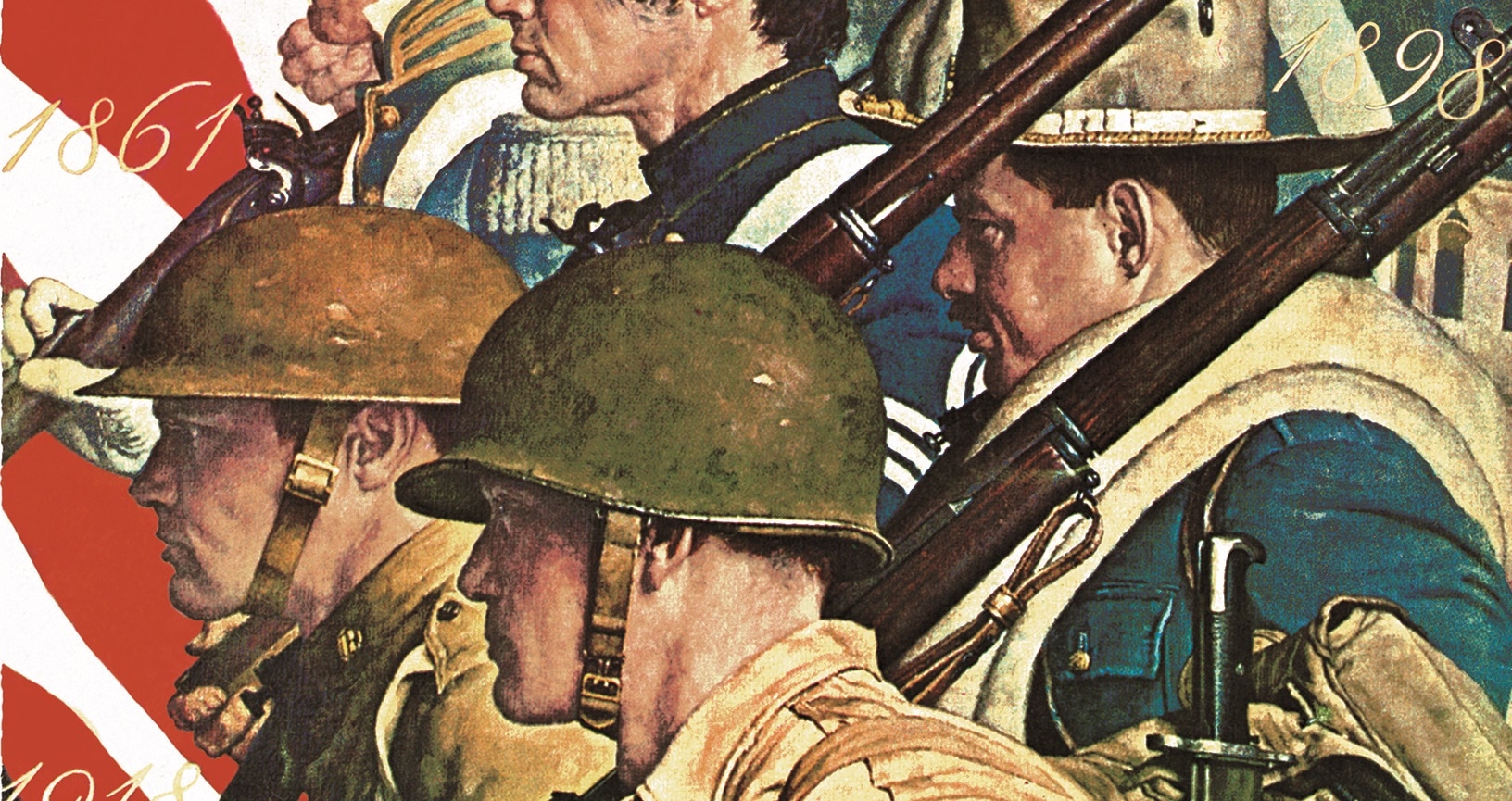 As the son and nephew of Vietnam War veterans, artist Michael Godard understands the sacrifices made by those who have served in the military.

“I try to support the military in every way that I can because I think that, without them, we wouldn’t be here in this great country and I wouldn’t be able to do what I do,” Godard says.

It is for this reason and many others that Park West Gallery artists honor the brave men and women of the military with their time and talents. In the case of Godard, he actively supports organizations like the Wounded Warrior Project, an organization that assists injured veterans. 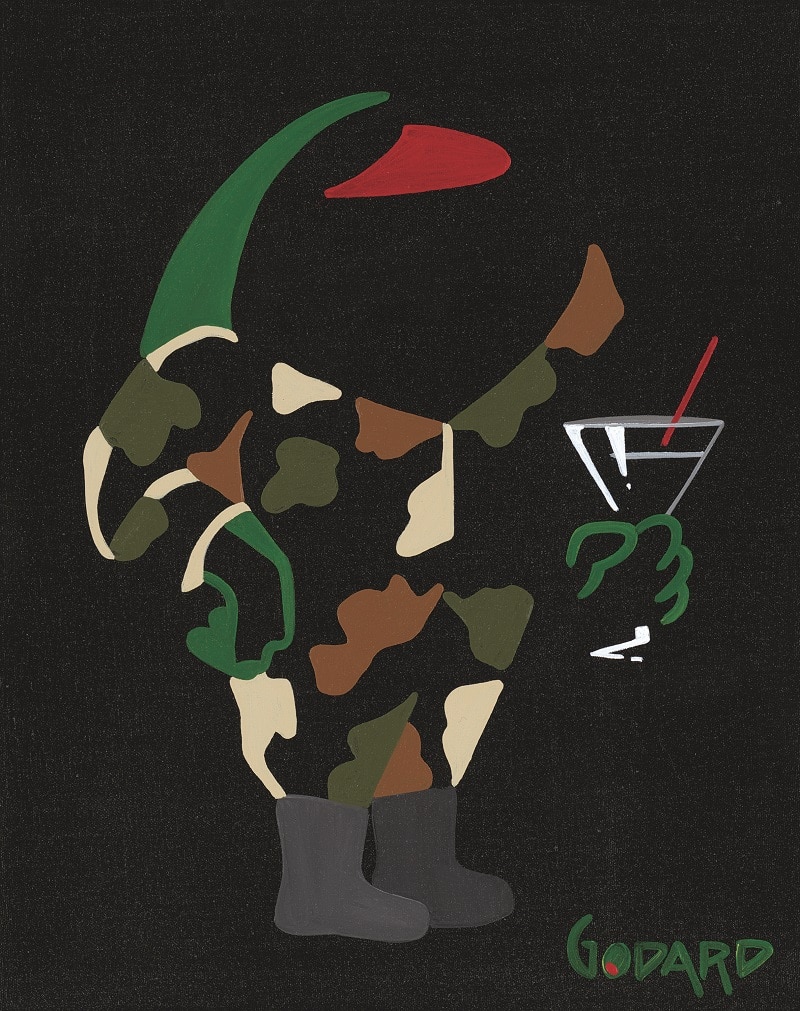 “It’s something that resonates in my heart so strongly, and I tell people all the time that, you know, my life really isn’t about my art at all,” Godard says. “My art is a vehicle to do something in the world that will make a difference.”

Marko Mavrovich is among the family of Park West Gallery artists who were in the military prior to becoming an artist, and strives to let soldiers know their service is appreciated. Mavrovich served in the Navy while living in Yugoslavia, often sketching in his downtime. He recalls being surprised at how fascinated his shipmates were with his craft. 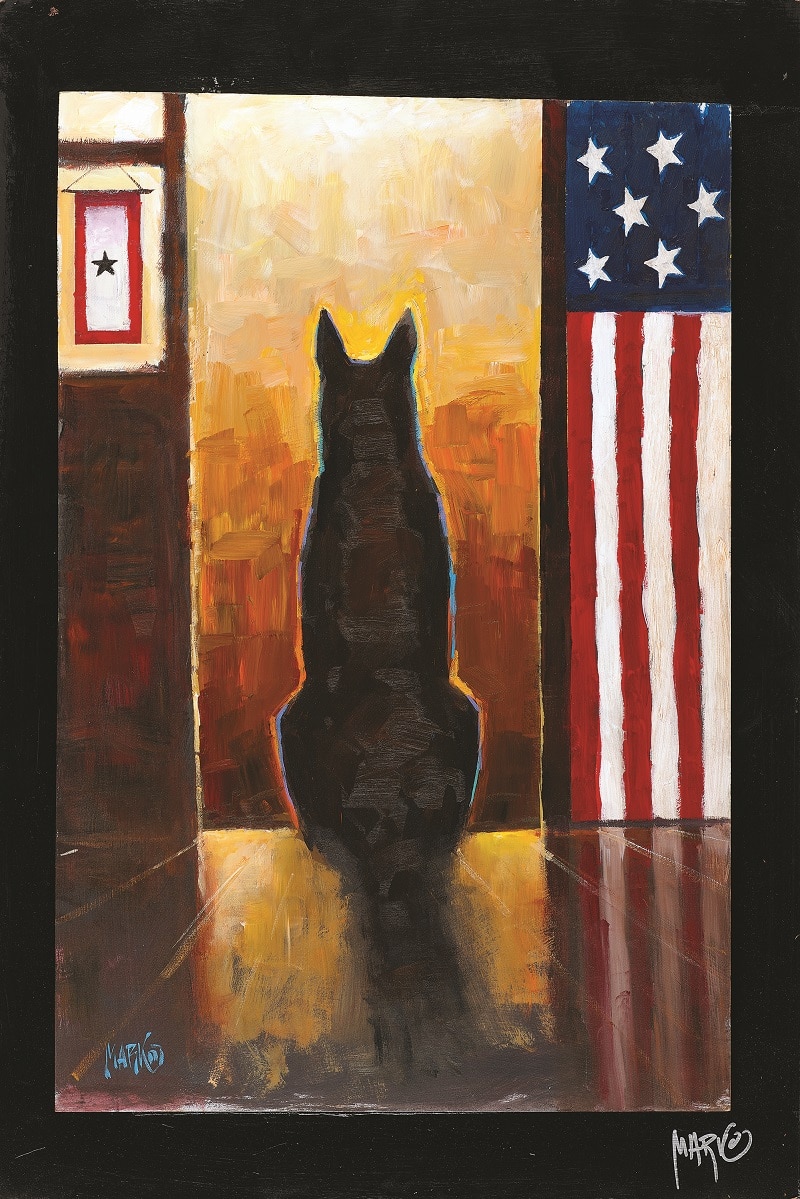 “Waiting for a Best Friend to Come Home,” Marko Mavrovich

“I remember at night guys would gather in my cabin…and everybody calmed down and watched me draw,” Mavrovich says. “It’s a healing thing.”

Mavrovich later moved back to California, where he worked as a diver until an accident involving a propeller almost sliced off his arm. He took it as a sign and decided to pursue his passion for art. Since then, he has never forgotten the effect his art could have on others.

Mavrovich has used his art to support military organizations such as the SEAL Legacy Foundation, the Kentucky Pro Bass Warriors, the Hero Dog Awards, and the Walter Reed National Military Medical Center in Washington, D.C.

“It’s a constant mission for me to raise as much money as I can with my art,” Mavrovich says. 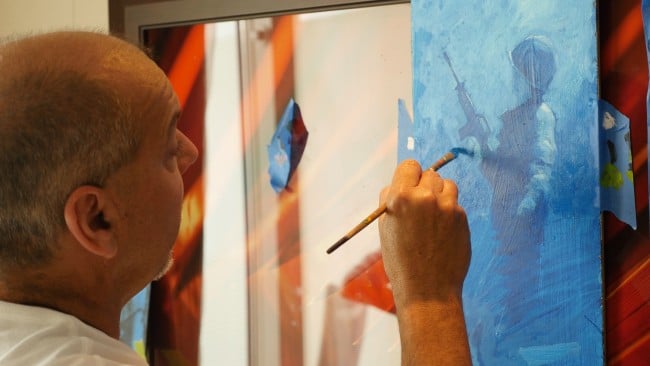 Marko Mavrovich paints a soldier with a military dog.

Other Park West Gallery artists assist veterans on individual levels. The Miami-based David “Lebo” Le Batard partnered with woodworker and retired Army Sgt. Michael Williams to create unique works of art on wood panels that Williams crafts out of purpleheart wood. Williams served as a bomb squad leader until he was injured by an IED explosion, and uses purpleheart wood in reference to the Purple Heart medal awarded to soldiers. 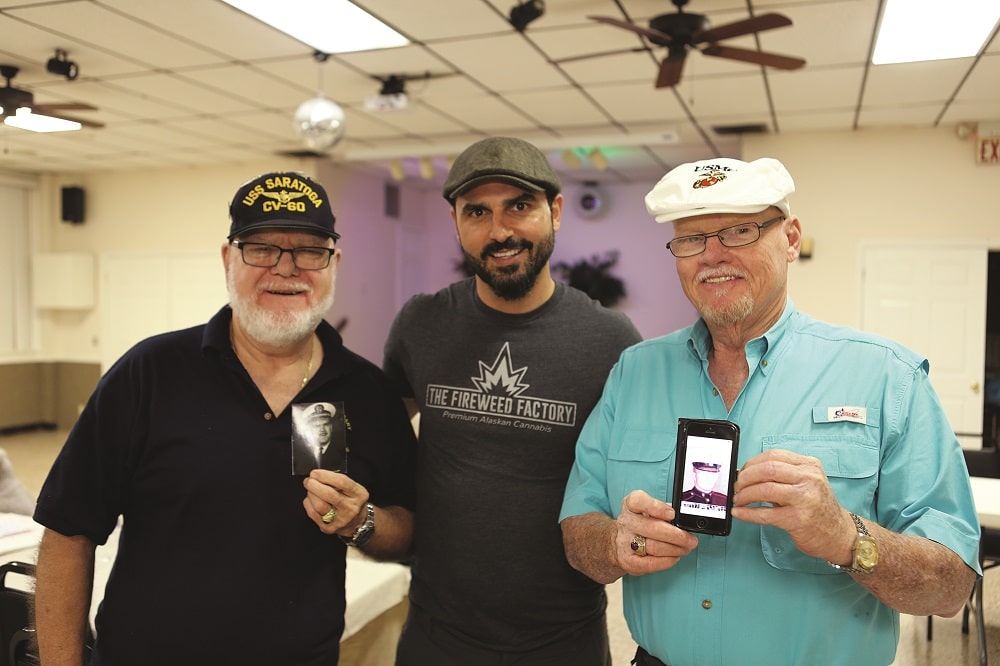 Lebo meets with veterans at a creative workshop in Pompano Beach, Florida.

“To me, veterans and teachers are two of our most underserved people in our communities,” Lebo says. “I absolutely wanted to work with Michael and any vets that are trying to do something artistic.”

“If we can use my work—in whatever capacity—to help whatever suffering they might be going through, to me it’s just a small way of saying thank you,” Lebo says.

Tim Yanke embraces patriotism with his depictions of the American flag in his “Yanke Doodle” series. The popular series resulted in the creation of his Summit Flags, which benefits the Gary Sinise Foundation among other military organizations. 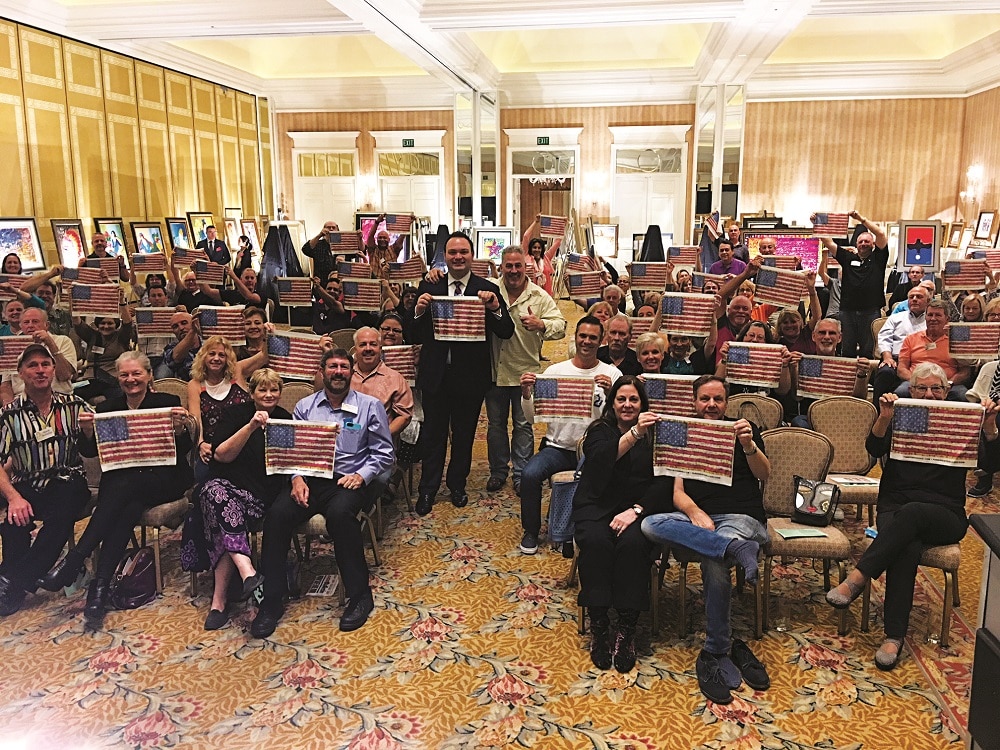 “They made such sacrifices as a family, and still continue to make them,” said Park West Gallery Director Morris Shapiro. “To be a part of the whole team of Military Makeover, including all the donors and the professionals, was truly humbling.” 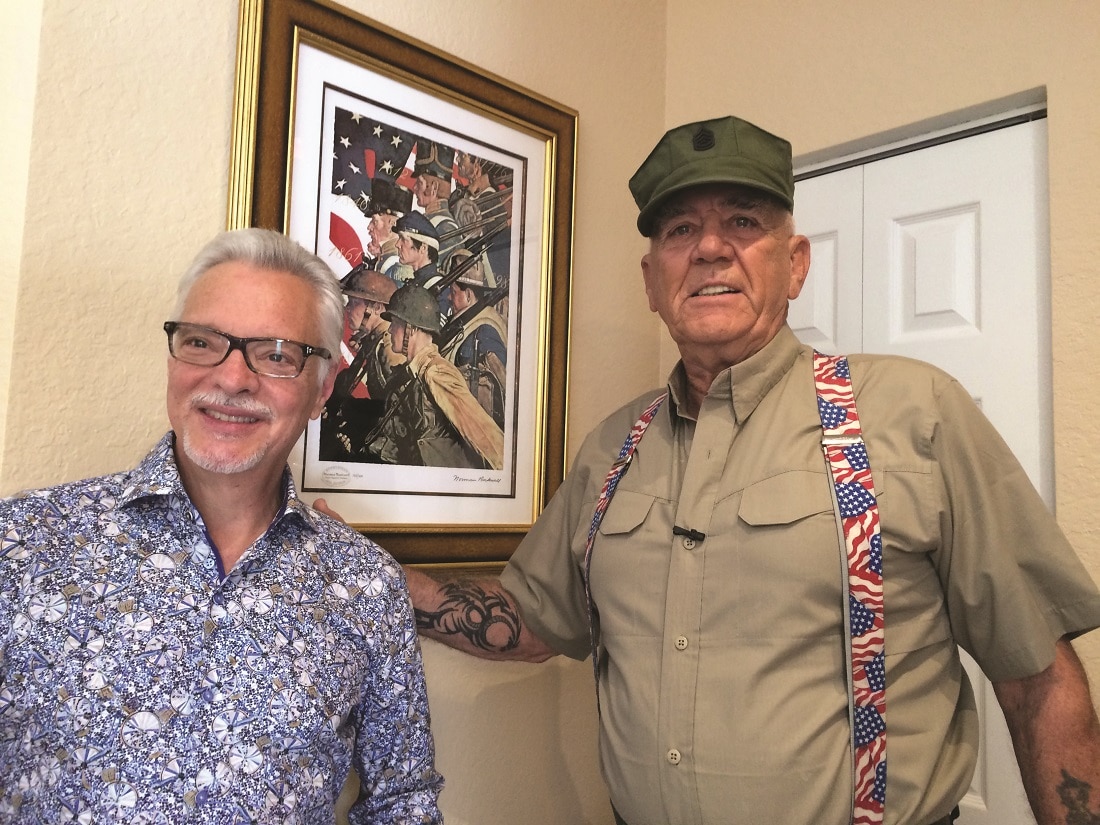 That same year, Park West staff members collected food, games, and other items and sent them to soldiers serving overseas with Troops Need Love Too, a volunteer organization raising public awareness and appreciation for soldiers. A total of 29 packages were sent during the Christmas season to deliver some holiday cheer to the soldiers. 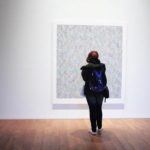 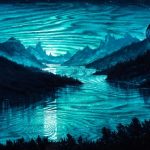