Roy Edward Disney, nephew of Walt Disney, died Wednesday at the age of 79

I had the pleasure of meeting Roy E. Disney on New Year’s Eve of 2006. Marc Scaglione, the President of Park West Gallery, and I visited his office in Los Angeles and conducted a videotaped interview with him about one of his passions, the Disney-Dali film collaboration, Destino.

“Destino”, a short film by Salvador Dali and Walt Disney, lay unfinished for nearly 60 years until it was completed by Disney’s nephew Roy. [Courtesy: AFP]

We spent about four hours with him and had enough time to enjoy his company, observe his environment and talk about some of the things that don’t appear in the 18-minute edited video. We asked him about being a child “hanging out” in the Disney milieu, about some of the people he met there over the years, about his uncle Walt, his father Roy O. Disney and the amazing legacy of his own life’s work. Throughout he was cordial, focused, insightful and engaging. I had the impression that he was also an extremely smart man.

We could tell from observing his office that he loved sailing (he had numerous clipper models on display), good beers (there were some exotic ones in his refrigerator), and all things Irish. He was very proud of the Destino project and listening to the story of how it came about, how he discovered the drawings, paintings and storyboards for the film in the Disney vaults, was enthralling. Without his vision, execution and efforts to secure the rights, the world would have never had the opportunity to see the artwork (which has toured the world in a museum show, called Dali and Film), and experience the film itself, which is a true collaboration of Salvador Dali and Walt Disney – two giants in their respective fields.

I view that day in his office as one of the high-points of my career. And every time I see the interview and the Destino film from now on, I’ll have a deeper appreciation for the man we met, his work and that New Year’s Eve day. 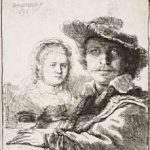 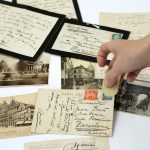