Hundreds of Joan Miró’s Letters Published for the First Time

Joan Miró is viewed by the art world and collectors, as one of the most important artist of the 20th century and the precursor for much of Modern Art. Park West Gallery has been a reliable resource for the artwork of Old and Modern Masters for over 40 years. Learn More >

BARCELONA — The Joan Miró Foundation, in conjunction with the Fundació Lluís Carulla and Editorial Barcino, are launching the first volume of the Epistolari Català de Joan Miró (Joan Miró’s Catalan Letters). This volume contains over one thousand letters and postcards – most of them hitherto unpublished – sent to more than a hundred people connected with Miró: relatives, friends from his youth, art critics, artists, gallery owners, journalists, etc.

Some of his correspondents are of particular importance, either for the volume of their correspondence with Miró, the length of time it lasted, or the intensity of the issues discussed. Of particular interest in this respect are the exchanges of opinions with figures such as Josep Francesc Ràfols and Enric Cristòfol Ricart, two friends from his younger days to whom Miró confided his tastes in art; Josep Dalmau, the first gallery owner who backed him in Barcelona and in Paris; Sebastià Gasch, his spokesman and critic in Barcelona; the poet J.V. Foix, who from the pages of La Publicitat in the 1930s informed readers of what Miró was doing; Joan Prats, his indefatigable friend and counsellor; Joaquim Gomis, another staunch friend and the author of some memorable photographs of the artist; Josep Llorens Artigas, a long-standing friend and collaborator; and Josep Lluís Sert, the great architect, with whom Miró cooperated on the designs for the Fondation Maeght in Saint-Paul-de-Vence, his own studio in Majorca and the Joan Miró Foundation building in Barcelona.

This volume of letters would not have seen the light of day without Miró’s own special sensitivity for documentary resources. As well as being an artist, he acted as archivist, librarian and documentalist, and kept practically everything related to his creative work. In the same way as he preserved the vast collection of sketches, preparatory drawings, notes, studies, etc. that he eventually donated to the Joan Miró Foundation in Barcelona, he also kept the letters he received. And perhaps of even greater interest, he soon became aware of the value of the letters that he himself had written, an indication of his intuition of the role that awaited him in the history of art.

These letters enable us to follow the course of Miró’s life from his early years as an artist, his departure for Paris, the strategies of the 1920s, the splendor of the 1930s, the cultural wilderness of the Franco years, and the desire to start again with renewed energy after the end of the Second World War. They show the private side of the artist, a man dedicated body and soul to his art, with deeply rooted ethical, aesthetic and political convictions. They are essential reading for any study of his life and work. 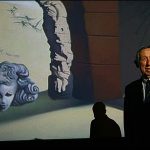 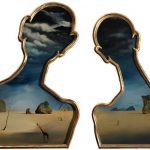