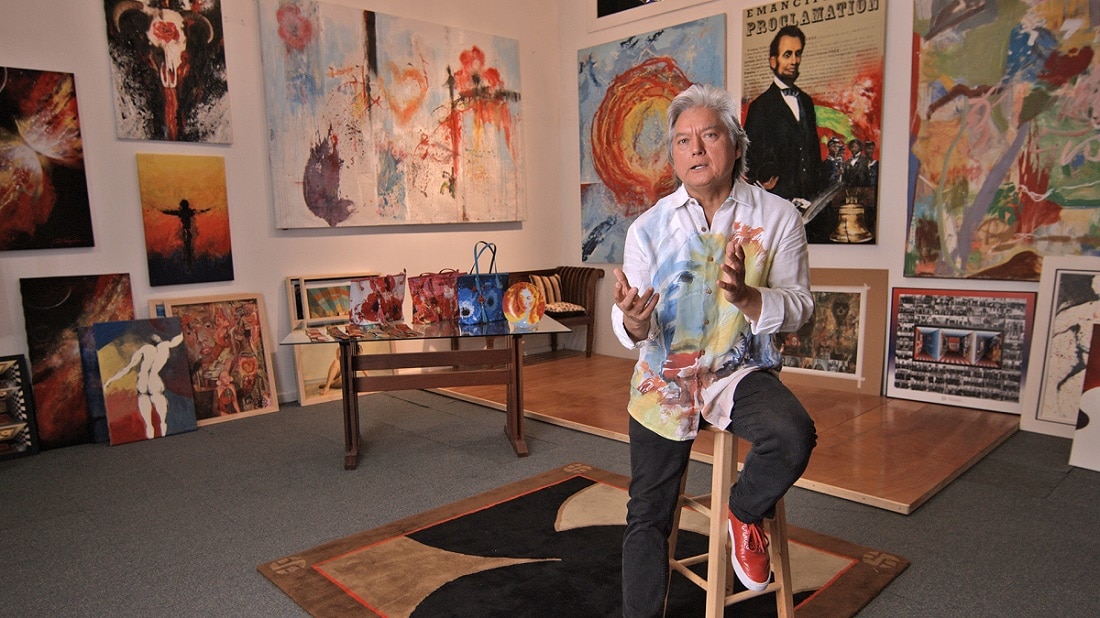 “Dominic Pangborn calls himself an ‘evolutionist’ and that’s in reference to his continually developing ideas and his manifestations of them. As an artist with apparently unlimited imagination and the ability to bring his ideas to fruition through his background both as a designer and a fine artist, Dominic has forged a career that is truly unique in the art world today. He moves effortlessly between powerful abstract imagery, rigorous representational painting, and even into kinetic creations through his ‘Art in Motion’ series.”

Recently, Pangborn visited Park West’s headquarters to talk to our auctioneers about his life as a professional artist. Enjoy these brief excerpts from their conversation…

What is your earliest memory of art?

PANGBORN: The first time I saw art… I think it was in first grade in Korea. I was out on the playground and I saw this one little girl, sitting all by herself. I was wondering what she was up to, so I walked over. She had one crayon—a red crayon. With that red crayon, she drew an apple and she started coloring it in. That apple started to come to life. And it was almost like I could grab the apple off of that sheet of paper. It was most incredible. 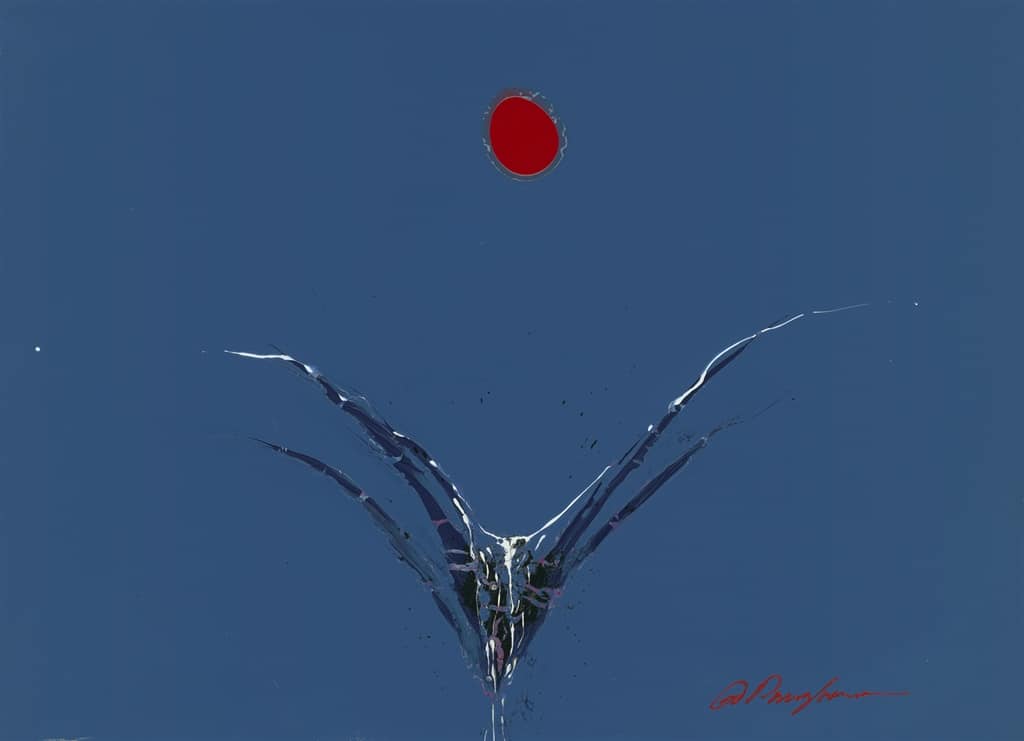 At the age of ten, you immigrated to the United States from Korea where you were adopted by an American family. What was that experience like?

PANGBORN: That was shocking because, when I left Korea, it was a negative situation. I was biracial in Korea. My father was an American GI, my mother was Korean, so I was always treated as a foreigner and outsider. So, the idea of coming to America was always in my head. I believed that America was this golden opportunity, the land of free and equal. I thought I would never again face this kind of treatment.

On my first day of school in America, immediately, a kid comes up and calls me a “half-breed.” I had to think for a minute to figure out what he meant because I was still learning English. When I figured it out, I looked at the boy and said, “Yeah, I am.” But the boy didn’t know what to say. I just looked directly into his eyes and, the more I looked at him, the more frightened he got. He turned to see if his friends were nearby, but it was only just him and I. At that point, he turned around and ran, and I never saw that kid again. 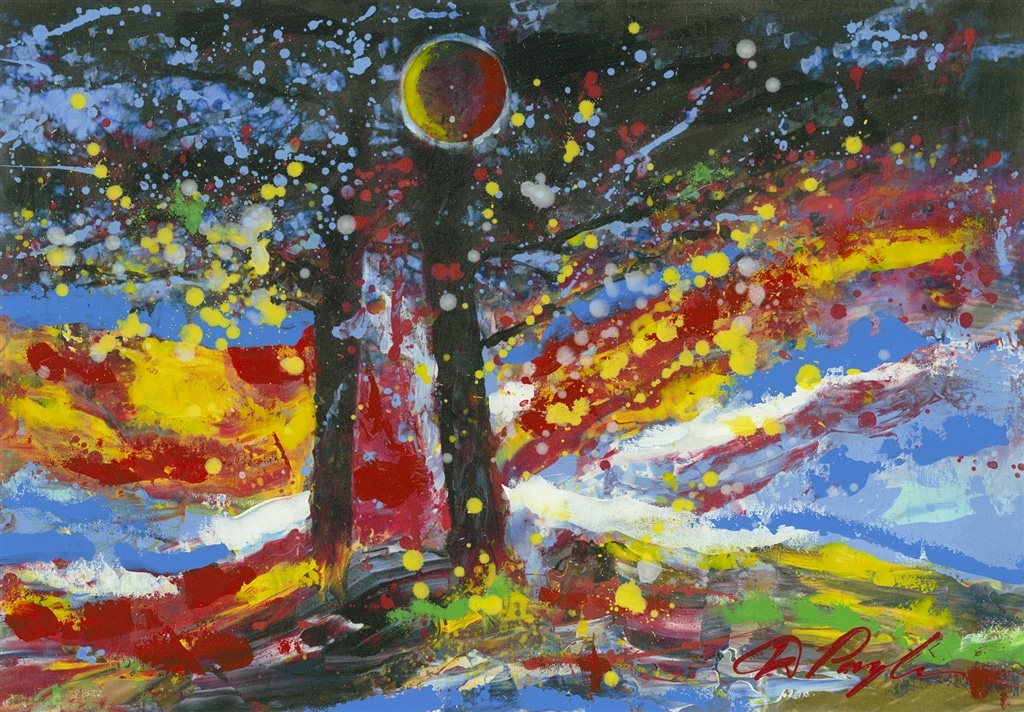 “Among the Trees,” Dominic Pangborn

If you could collaborate with any artist throughout history, living or dead, who would it be?

How do collectors usually respond to your art?

PANGBORN: 90% of the people who come up to me don’t say anything like “I like your work.” Most of them say, “Your art touches me.” If I ask what they mean by that, they usually say, “Well, I can’t explain exactly, but it grabs me.”

I think my art engages the audience, makes them think, makes them look at it. They want to create a story behind it. The greatest art really engages the viewer. I love it when a collector comes to me, points at my pure, nondescript, abstract painting, and they say, “I see an elephant back there!” That’s great! I personally don’t see the elephant, but I love the fact that it engages them. 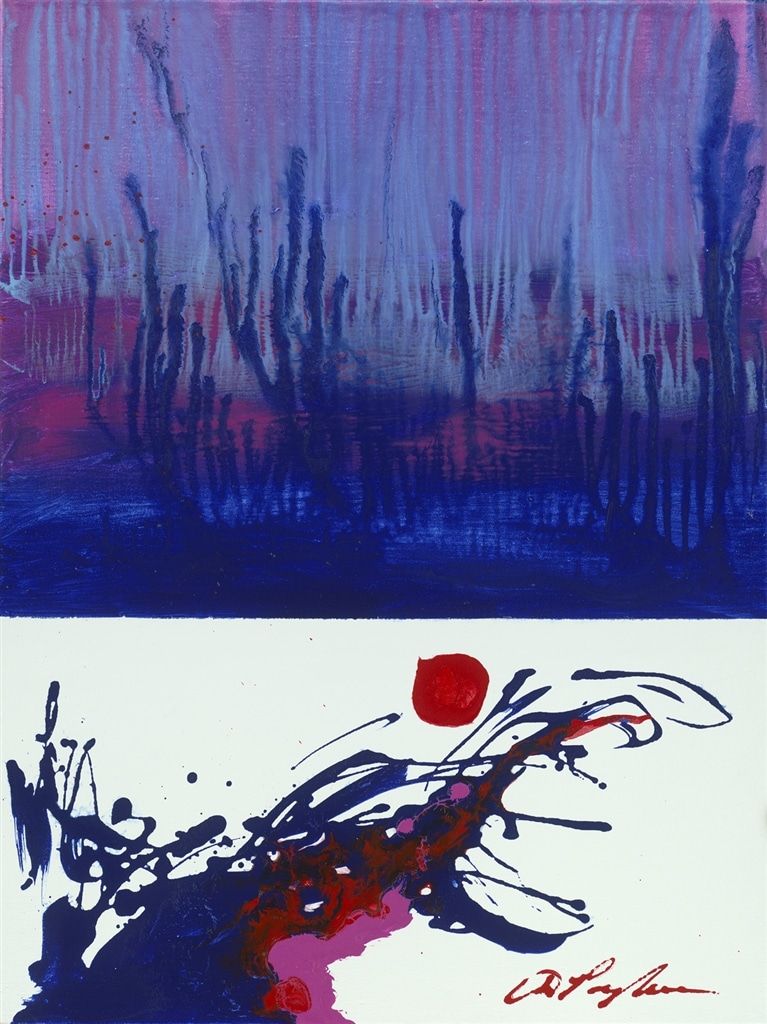 What qualities does an artist need to have to become a successful abstract artist?

PANGBORN: They need to know when to stop. I’ve been with a lot of artists when they’re painting, and I can see that their painting is done. But they’re like, “Just a little more.” So, they go and paint some more, and they spend another 15 minutes tinkering with it. I want to say, “No, you’re killing it! You overdid it, it was done half an hour ago!” It’s one of the things I really think that I do really well. Maybe it’s because of my background as a designer. I know when less is more. 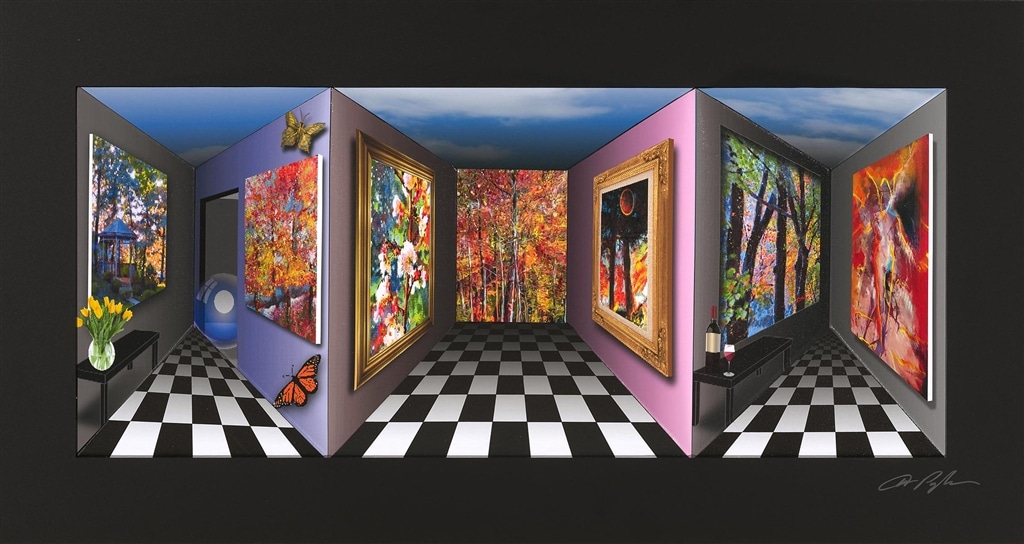 You have art installations all around the world. You do have any particular favorites?

PANGBORN: My largest “Art in Motion” artwork is in Marlins Park in Miami. It’s about 45 feet across, four feet tall, so it’s larger than life-size. You’ll go to a game and see guys standing there with their beers, trying to wrap their minds around it, wondering what’s going on. 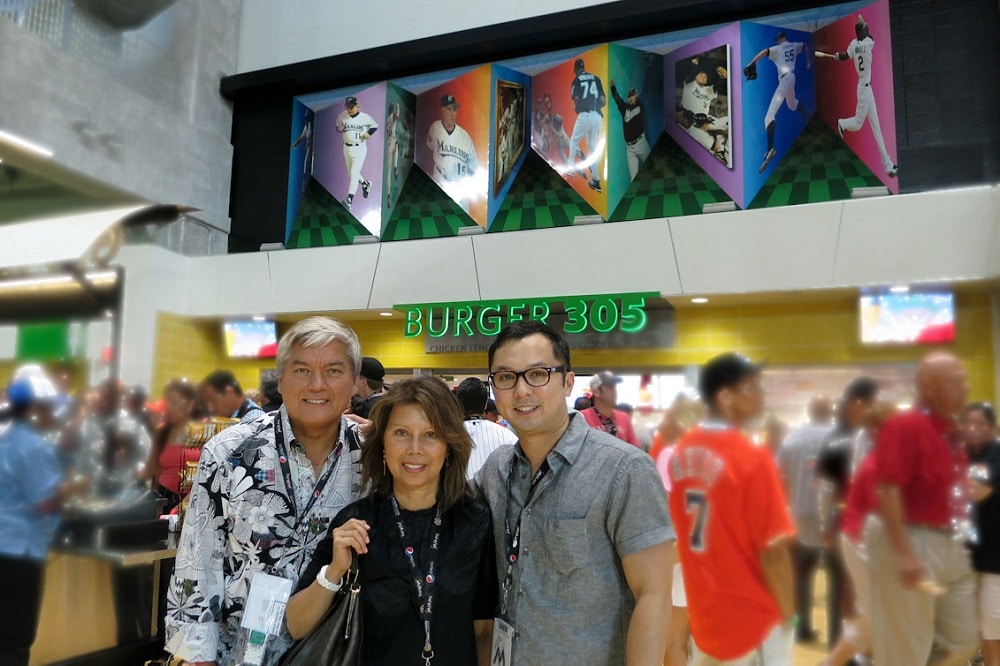 The Pangborn family posing in front of Dominic’s “Art in Motion” at Marlins Park.

I also have a work of art in the White House. I did that about five years ago. It was for the 50th anniversary of the White House Fellows and it was literally unveiled at the Smithsonian Museum. It was fabulous. My wife and I spent a week in Washington DC, and we got to go to the White House. They gave us free rein to walk around and do whatever we wanted, so we ran around the place like kids, taking pictures of everything. 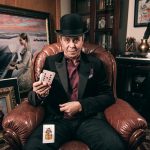 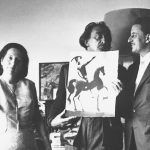