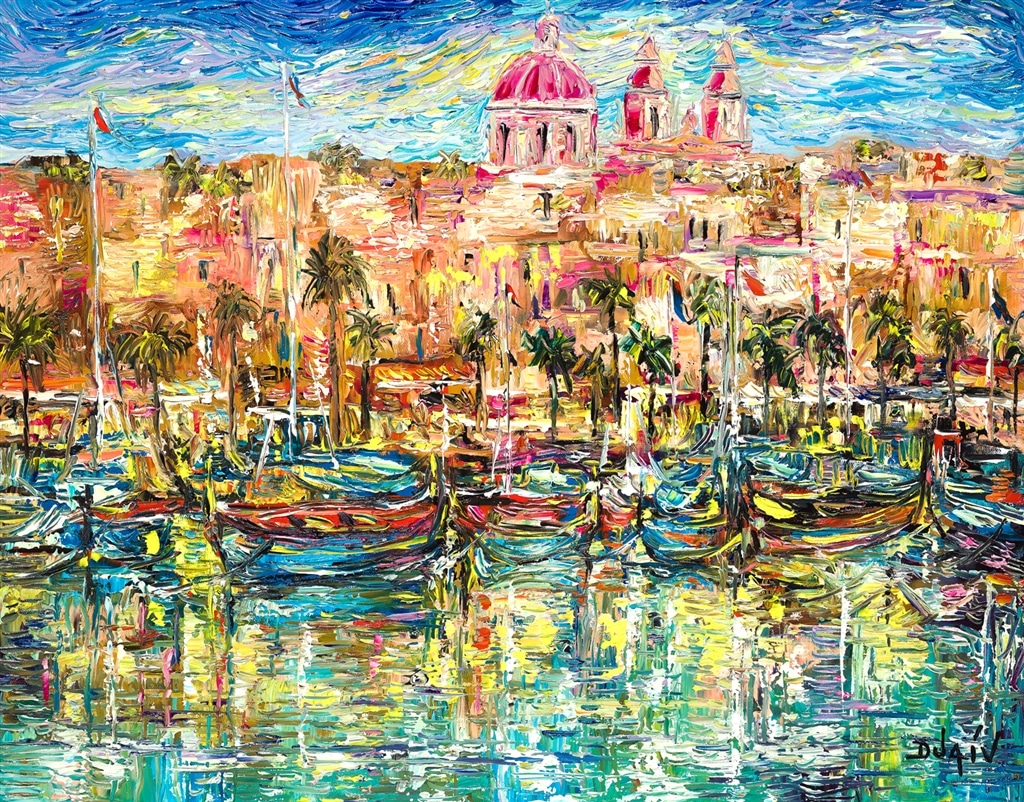 As a world-class cellist and renowned contemporary artist, there seems to be no end to Duaiv’s creativity and energy. But where does it come from?

The discipline Duaiv dedicates to his music and art are why he is a master in both fields, but his background and influences play major roles as well.

Duaiv grew up in a creative household, the son of a pianist and a sculptor. He picked up a paintbrush at the young age of 3, and at the age of 9 created his first oil painting. Despite his natural artistic talents, his father didn’t want him to become an artist, so instead he bought him a cello. Duaiv practiced, even meeting famed cellist Pablo Casals, but didn’t give up painting.

When his family moved to a nearby island off the coast of France, he fell in love with the boats and costal scenery. He took this inspiration into his education, attending the Conservatoire Nationale de Musique in Paris as well as the Ecole des Beaux-Arts in Paris. His education and talent opened many doors for the young artist. Duaiv with the customized Porsche (Photo courtesy of Duaiv)

Duaiv has received the Commander of the Order of the Star of Europe, European Foundation Prize, from Prince Henrik of Denmark for his contributions to promoting art. In addition to being in exhibitions across the globe, his artwork has been featured at the Cannes Film Festival and on custom vehicles for Lamborghini, Ferrari and Porsche. He is also named among other famous artists in the “Who’s Who” of International and American art.

Duaiv’s artwork has been described as uplifting thanks to its bright colors and scenery. He uses only six colors, but combines them with palette knives, small brushes and even his fingers to create a rainbow of hues on his canvases. He is inspired by his travels and experiences, and is influenced by Impressionists such as Monet and Van Gogh, and Dutch artists Vermeer and Frans Hals. 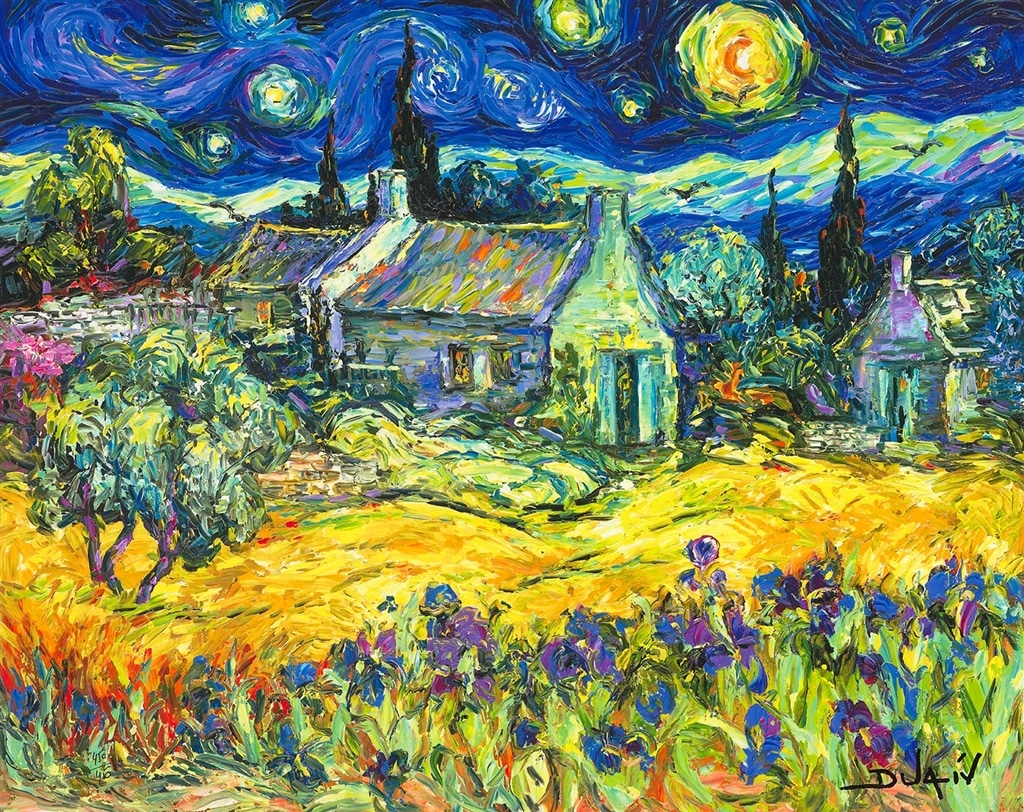 “I’ve been influenced by all of the artists as much as by old masters as modern masters,” he says. “I love all styles, all art, but as far as the art I create currently, of course Impressionists impressed me the most.”

A major influence in Duaiv’s career as an artist was the famous Surrealist Salvador Dali. Dali who initially inspired Duaiv to start painting, so in 1975 Duaiv and his wife, Magella, traveled to Spain to see the home of the eccentric Surrealist himself. 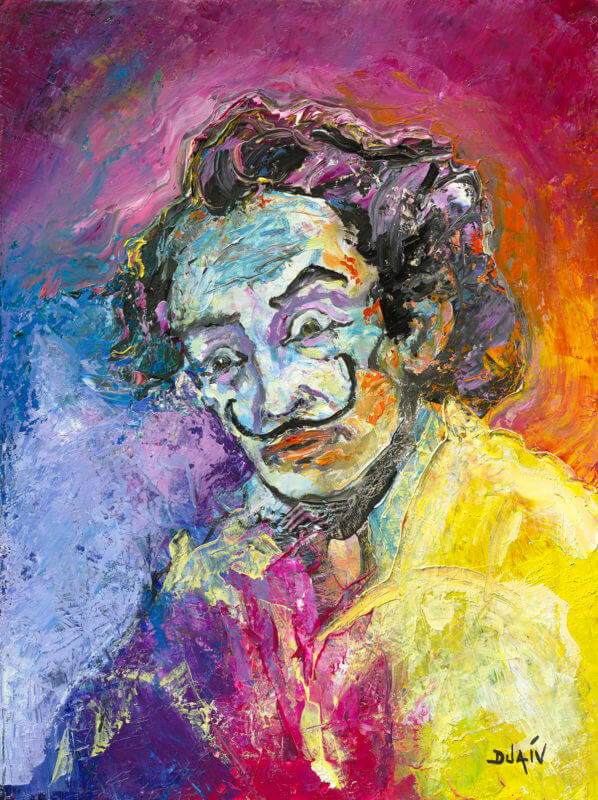 Imagine Duaiv’s surprise when, upon knocking on the door of the artist’s house, Dali answered and invited them into his home.

“It was, for me, the best thing I can have in my life,” Duaiv says.

The trio conversed about art, and the 23-year-old Duaiv expressed his desire to make a living, like Dali, through the arts. Duaiv says that Dali encouraged him to combine his passions for music and art and to follow his dreams. He considers meeting Dali to be one of the most important events in his life and career.

“He said ‘Okay, if you believe in yourself it does not matter, if you want to succeed then you will succeed,’” Duaiv says. 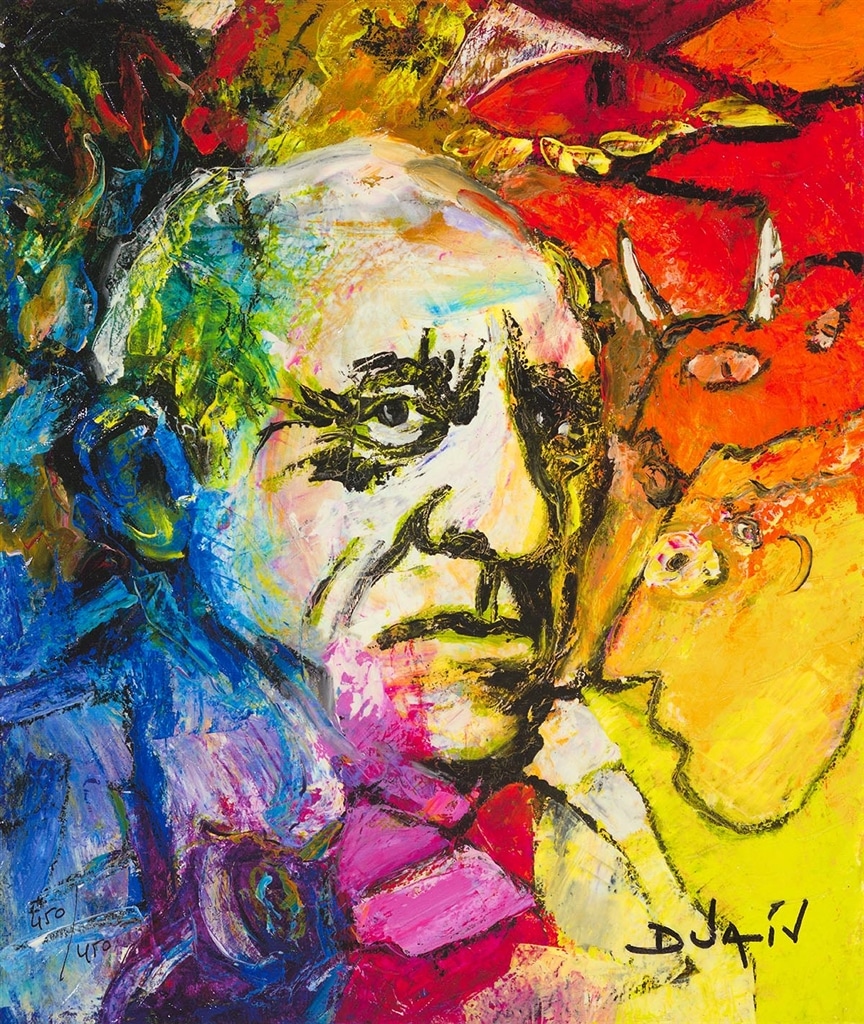 Following the fateful meeting, Duaiv dedicated himself to becoming a professional artist and musician, with one discipline enhancing and underscoring the other. His passions for music and art have intertwined and become inseparable; He practices his cello in the morning before painting for four to six hours a day while listening to music.

Another famous artist would encourage him as well, this time from the music world. In 2003, he began working with renowned cellist Yo-Yo Ma, and a friendship blossomed. Duaiv thanked Yo-Yo Ma by painting the cover of one of his albums. In 2011, Duaiv became a citizen of the United States, where he currently resides in Florida. He now performs what he calls “Happenings,” which are concerts at galleries and outdoor spaces held before exhibitions and book signings. Watching him paint is just as mesmerizing as watching his fingers move on the strings of his cello, opportunities that thrill both the artist and Park West collectors. He has even painted live in front of audiences during cruises.

“For me, the most important thing is not just to do the painting, it is having the chance to see the collector,” he says. “With Park West I have this chance.”

To collect the art of Duaiv, contact our gallery consultants at (800) 521-9654 ext. 4 or sales@parkwestgallery.com for more details 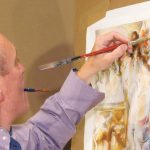 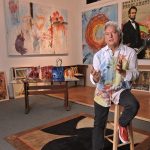