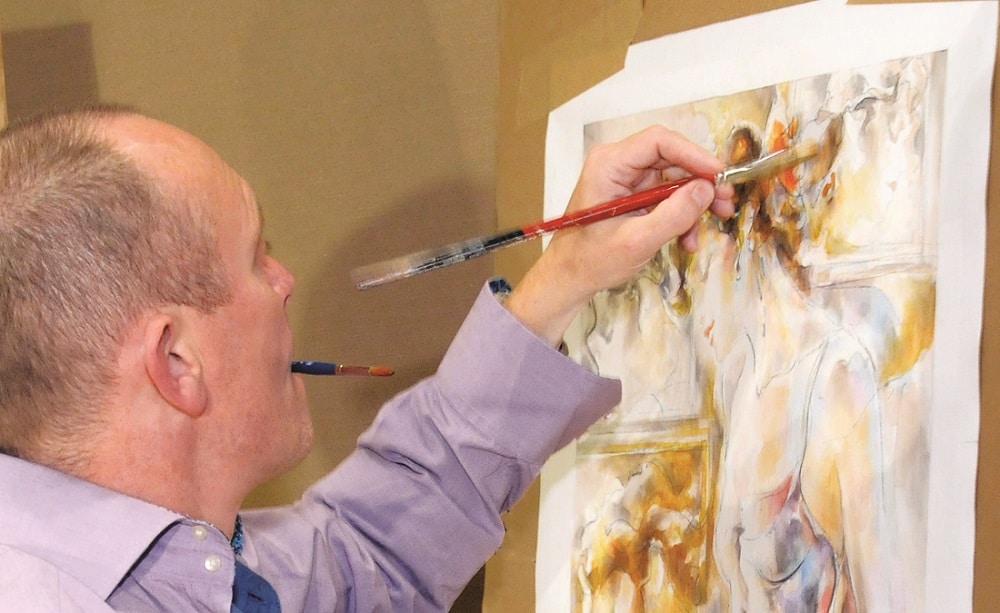 Peter Nixon blends the worlds of the classical and the contemporary in a way that few artists can. A devotee of masters like Da Vinci and Raphael, Nixon’s encyclopedic knowledge of art history is apparent in every work he creates.

Park West Gallery Director Morris Shapiro describes Nixon as “one of the most thoughtful and articulate artists I’ve ever known. Peter’s paintings are lush. They’re lucid and consistently beautiful, and this is supported by his legions of enthusiastic collectors all over the world.”

Nixon recently sat down with Shapiro to talk about the origins of his art career on the “Behind the Artist” podcast. Thanks to their long-time friendship, the conversation between Nixon and Shapiro was so in-depth, we decided to break it into a special two-part episode.

You can find both episodes now on the Park West Podcast page or download the episode on iTunes or Stitcher.

Throughout both episodes, Nixon discusses his early interest in art, his years of arts education, and how he approaches creating a new work of art.

Here are a few select excerpts from their conversation:

Peter Nixon on his earliest memories of wanting to become an artist:

When I was about five—I can’t remember whether I had an interest in drawing before then—but a school teacher saw a drawing that I’d done of my house and she said, “You should be an artist.” Being a simple creature, I took her at her word and went home and duly announced that I was going to be an artist, much to the chagrin of my parents. I mean, I had no idea of what an artist was. 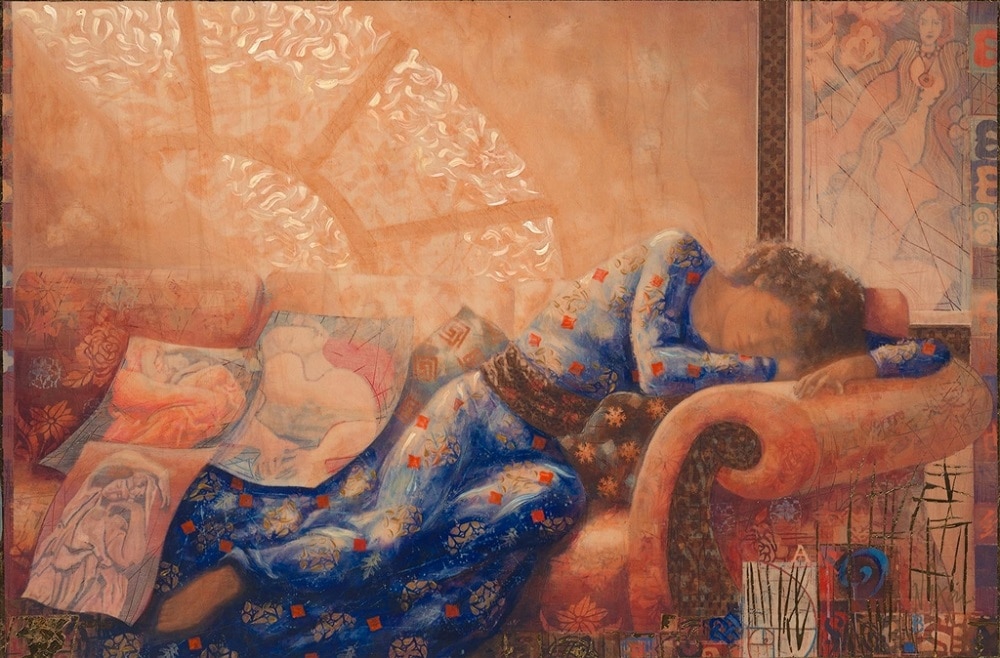 Peter Nixon on how dance influenced his art:

I had one particular art lecturer who would take us to dance classes. These people would be working out. They’d be going through their exercises and their stretches and we would do this kind of Degas quick sketch routine.

After quite a few years of drawing or painting a static person sitting or standing in a room, this was a bit of a revelation to me. I thought, “People are full of energy, they’re not statues.” What my art at the time was missing was a feeling of energy and I wanted to create that. 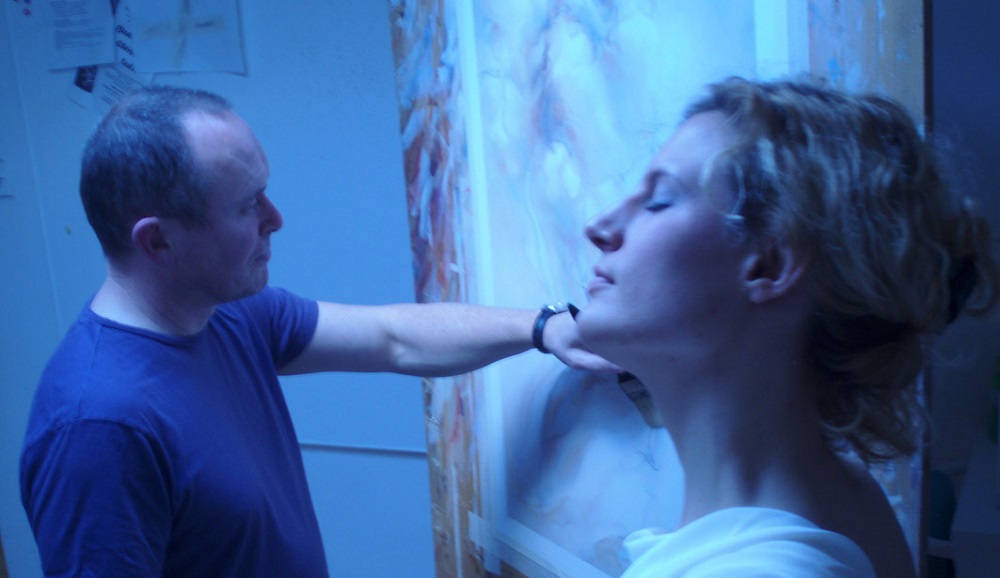 Nixon painting with a model in his studio

Peter Nixon on how he evolves the concept for a new painting:

It will start with a very simple idea. It’s all sorts of different things. I’m fascinated by the process because I feel like it exists outside of me. I post a question and then at some point my brain comes up with the answer or my memory comes up with the answer. It’s really interesting how that happens and that sometimes becomes part of the picture. 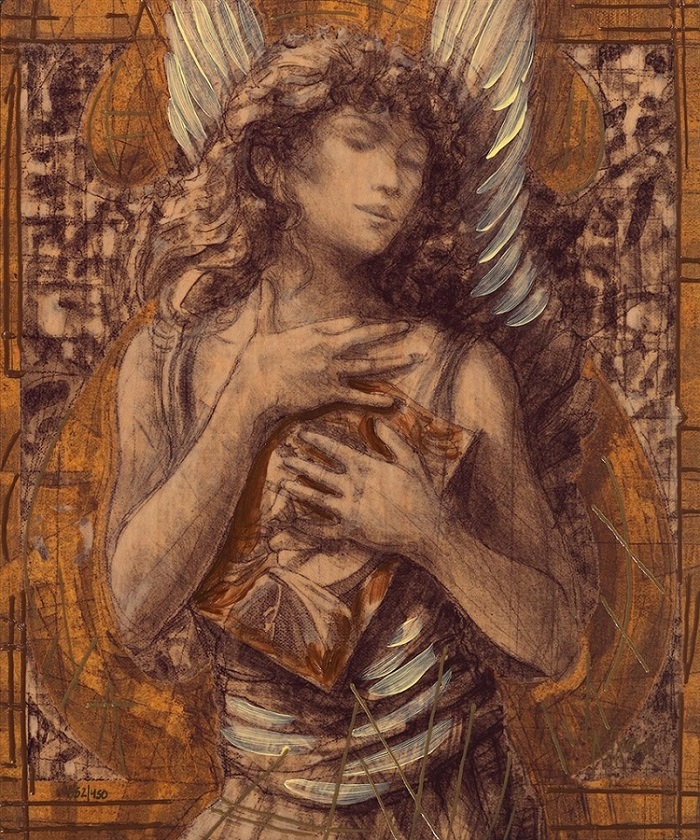 “Song of an Angel,” Peter Nixon

I’ll read a book or I’ll be looking at the picture and it’ll trigger something and I’ll take that away and just evolve a story around it.

Peter Nixon on how he knows when a painting is “finished”:

It’s a strange moment. I usually say, “All right, it’s finished” and then work for another few hours on it. You can feel the end coming and then it’s usually a random moment.

At the end, you’re usually filling in tiny little details, correcting little bits, and you’re just doing that and then, suddenly, you put the brush down. You just hope it’s done. I mean, they’re never done. They’re never finished.

To collect the art of Peter Nixon, contact our gallery consultants at (800) 521-9654 ext. 4 or sales@parkwestgallery.com. 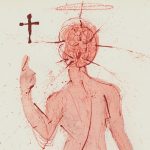 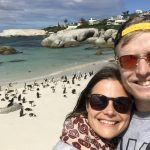