Dominic Pangborn is a celebrated Korean-American artist and designer. His style is best described by critics as “evolutionary,” as it is constantly changing. As a result, change has become a consistent theme in Pangborn’s works.

Never content to settle into a single style, technique, or medium, Pangborn continuously searches for the right form of artistic expression, from paint and clay to fabric and pixel.

His work and accomplishments have been celebrated at the White House and the 2018 Winter Olympics. Pangborn’s art is collected around the world.

Pangborn credits his constant evolution to his unique childhood. He was a born in Goesan, South Korea in 1952—a product of the Korean War. His father was an unknown American G.I. and his mother a poor Korean villager. She was left to raise him—and his two full-Korean siblings—on her own in a time when Korea was devastated economically, physically, and emotionally.

When Catholic missionaries visited their village in 1962, his mother sent him to the United States at the age of 10 to be adopted by the Pangborn family in Jackson, Michigan.

Language and cultural barriers were formidable at first for Pangborn. However, those same barriers may have ultimately led him to art. At an early age, he discovered that art allowed him to express himself to the fullest without the need for words. He bought his first set of paint and boards at the age of 12. Quickly grasping the medium, he sold his first painting for $145 to a colleague of his father. It was then that his art career was born. 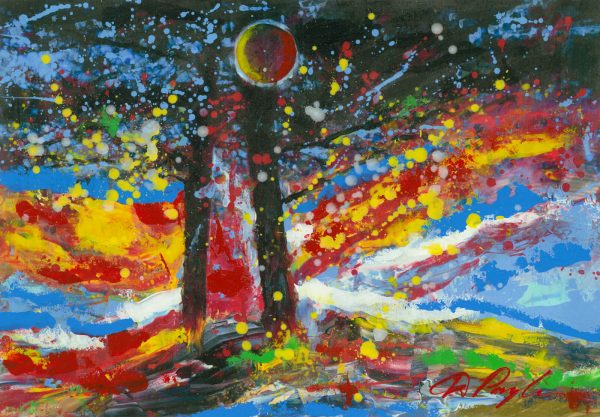 Pangborn enrolled in the Chicago Academy for the Arts immediately after high school. Looking for financial security, he majored in graphic design. He got his first apprenticeship at the Ed Jaster Studio. One year later in 1973, he was promoted and named chief designer. He oversaw the entire studio and led many veteran designers, including his original boss. One of his first innovations was to replace the flip charts used by a client into a multi-graphic presentation using several slide projectors—a revolutionary style that would  later be considered the precursor to PowerPoint presentations.

Upon graduation in 1975, he married his wife, Delia, and in 1978 the couple moved to Detroit. The city—which had lost the success of the auto industry had lost the glamour and success of the auto industry—was in decline. Pangborn felt he could make a difference, and in 1979 set up his own graphic design studio, Pangborn Design, in the heart of the city.

Just as he had done with art, he immersed himself in the city, its politics, and local charities, and found many other ways to make a difference in his new home. His name became synonymous with Detroit. In addition to providing design services, the artist began incorporating his designs onto ties, scarves, and other fashion accessories.

His designs soared in popularity and he was asked to speak at various industry conferences nationwide. He opened Pangborn Design branches in Chicago, New York, and Tokyo. 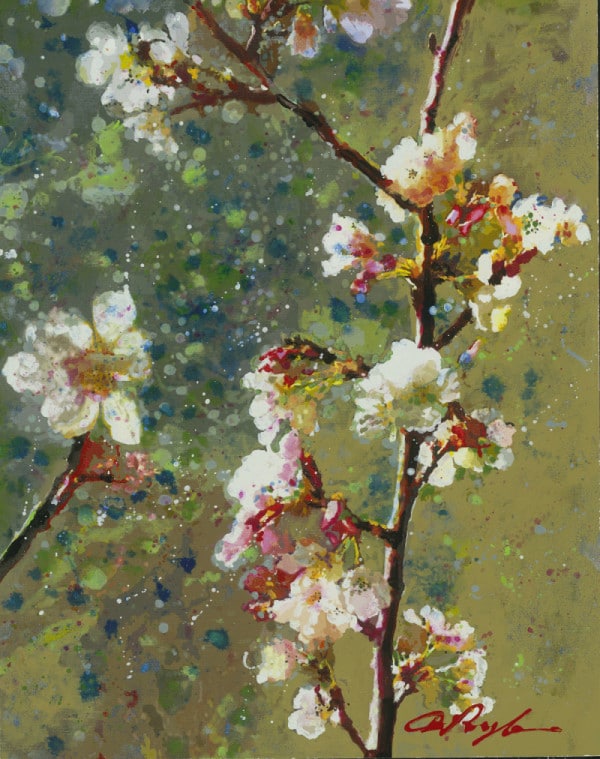 He also began travelling to Korea. He returned to his childhood village in the 1980s, over 20 years after he was sent away. Pangborn had no contact with his Korean birth family during that entire time—a common practice among adoptions. He was heartbroken to discover his mother had passed away before he could return home. However, villagers were able to lead him to his Korean brother and sister. It was a joyous reunion, and the family remains close despite the distance. Pangborn’s nieces and nephews would all come to the United States and earn graduate degrees.

In the early 2000s, Pangborn began transitioning back to fine art. However, he wouldn’t go back to the same style and technique of his younger days. He began to experiment with new mediums, often combining them to create new kinds of artworks the world had yet to see.

Audiences were quick to embrace his new revolutionary styles. He held his first show in 2007, selling out almost immediately. The popularity of his work continues to soar.

As an “evolutionist,” he believes art should reflect a current mood, expression, and point in time. Pangborn’s works constantly change in style, medium, and subject matter based on that particular period of his life. His style ranges from photorealism to abstract expressionism.

At 4 years old, Pangborn saw his first Korean bride, and the experience would go on to affect his art. Women have become a major theme in his work.

The color red is seen in the majority of his works as well. After a collector observed that red must be his favorite color, Pangborn decided to consciously focus on red, making it one of his most predominant themes.

“You can paint a whole nature scene of greens and so on, but you put just a touch of red in there of one red little flower, and that painting just pops to life,” Pangborn says. 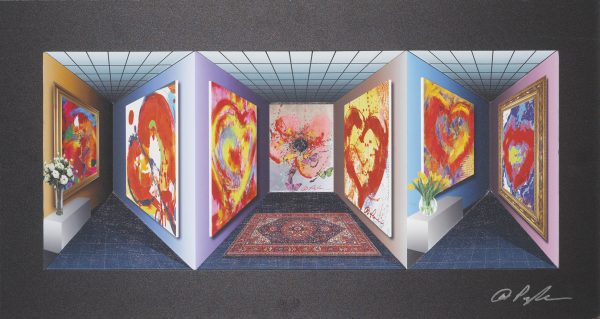 Pangborn is the innovator of “Art in Motion,” three-dimensional works that appear to move when viewers approach them. He came up with the concept in 1971 after observing a barricade designed with accordion folds to contain two different messages. This, combined with Pangborn’s studies of architecture of Buckminster Fuller, gave him the idea of creating art on multiple planes. After moving to Detroit in 1978, he created his first “Art in Motion.”

His heritage is intrinsic to his work, striking a fine balance of eastern and western culture, philosophy, and outlook.

Environmental influences spark new ideas and themes in his work. He says that he often doesn’t know what he is going to create until it’s done.

“Behind the Artist” host Morris Shapiro describes artist Dominic Pangborn as “one of the most creative people” he’s ever met. Pangborn’s artwork is often noted for [...]