Kate McCue will become the first American woman in the cruise industry to take the helm of a cruise ship when she captains the Celebrity Summit in August.

McCue, 37, will command the Celebrity Cruises ship after 15 years of working in the maritime industry. This is a first for the entire cruise industry, let alone for Celebrity Cruises, to have an American woman in command of a ship.

“Becoming the first female American captain of a cruise ship has been a goal of mine for as long as I can remember,” says McCue in a released statement. “The honor is amplified by being the first at a company like Celebrity Cruises.”

McCue’s ship, the Celebrity Summit, will sail between the U.S. and Bermuda. Her responsibilities as captain of the 91,000-ton ship include safely navigating it along its course and making sure the 2,158 passengers and 952 crew members are safe and comfortable.

“The cruise industry is ever-evolving, from the ships and the itineraries, to our guests’ expectations for vacation experiences,” McCue says. “Celebrity has a history of delivering on each of these and I am thrilled to be a part of it.”

McCue is a graduate of California State University’s California Maritime Academy, and began as a cadet and deck officer before advancing through successively more responsible roles, including her most recent position as Master Mariner with Royal Caribbean International. She has managed ship logistics for ships sailing to the Caribbean, Europe, Asia, Australia, Alaska and others.

Lisa Lutoff-Perlo, president and CEO of Celebrity Cruises, said in a written statement that of all the great moments throughout her career, having McCue become captain is at the top of her list.

“From the first time I met Kate, I looked forward to this moment, when I could extend my congratulations to her for being such a dynamic and highly respected leader who will continue to pave the way for women in the maritime industry,” said Lutoff-Perlo.

“I am both honored that Kate accepted this position, and proud of the way our team continues to transform the way people think about Celebrity, and about cruising in general,” Lutoff-Perlo says. 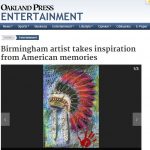 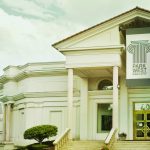