Enjoy Art Auctions Aboard the World’s Largest Cruise Ship: Symphony of the Seas 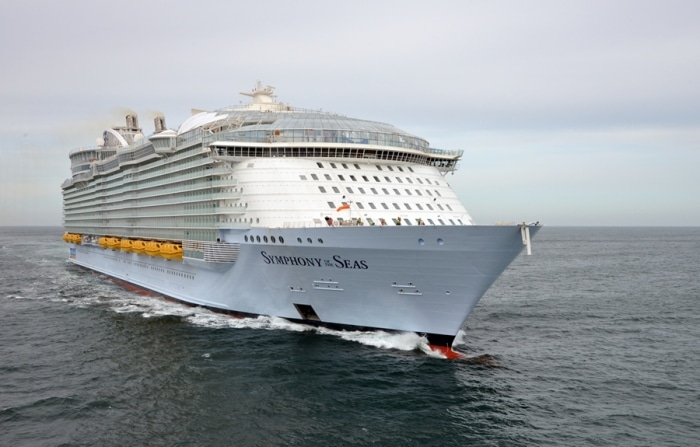 If you’re a fan of Royal Caribbean art auctions, something big is on the horizon.

This April marks the maiden voyage of Royal Caribbean International’s newest ship, Symphony of the Seas, the largest cruise ship in the world.

Weighing 228,081 gross tons, the ship will claim the title of largest passenger ship from its sister, Harmony of the Seas, which weighs 226,963 gross tons. Both ships belong to Royal Caribbean International’s Oasis-class cruise ships.

“We’re excited to introduce Symphony of the Seas, our boldest composition yet, offering the best of Royal Caribbean with some new surprises for our guests to create a vacation that adventurers of all ages can enjoy together,” said Michael Bayley, President and CEO, Royal Caribbean International, in a written statement. 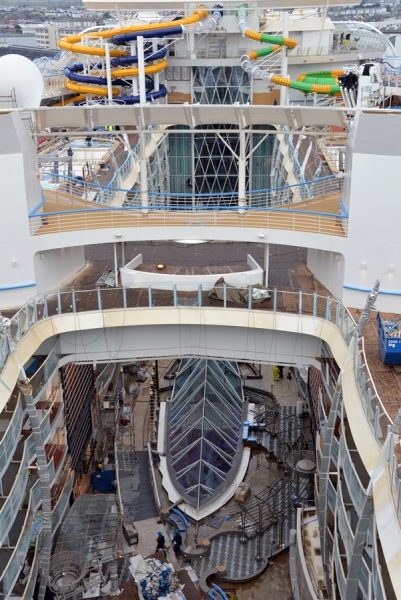 Symphony of the Seas, Royal Caribbean’s newest Oasis-class ship, under construction at the STX shipyard in France. The ship is scheduled to be delivered in March 2018 (Photo courtesy of RCI)

New features aboard the ship include the two-level Ultimate Family Suite that boasts everything from a theater-style TV room and LEGO walls to whirlpools. The ship will also debut new food and beverage concepts, like a New England-style seafood restaurant, alongside favorites like Jamie’s Italian.

Travelers can also enjoy a redesigned check-in experience that eliminates lines and bypasses the counter through the use of facial recognition, bar codes, and beacons. The brand’s new mobile app will also allow for guests to check in from home.

Among the returning amenities and attractions featured aboard Symphony of the Seas are the Ultimate Abyss (the tallest dry slide at sea), the Bionic Bar where robots serve drinks, and Broadway musicals. If you enjoy cruise ship art auctions, the Symphony of the Seas will also feature one of Park West’s signature onboard art galleries. 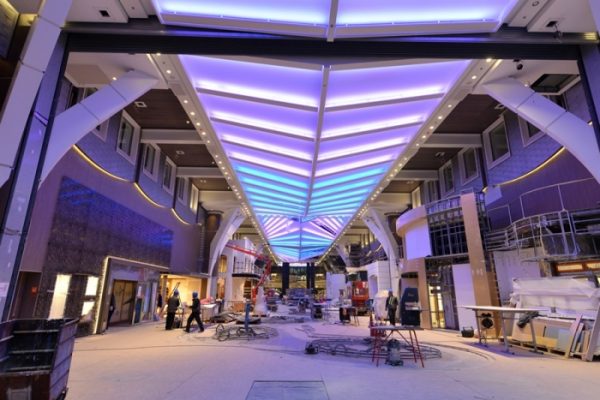 Symphony of the Seas, Royal Caribbean’s newest Oasis-class ship, under construction at the STX shipyard in France. The ship is scheduled to be delivered in March 2018 (Photo courtesy of RCI)

Like its sister ships, Symphony of the Seas features the Seven Neighborhoods concept. Stroll through the tree-lined paths of Central Park, indulge your sweet tooth on the Boardwalk, go bar hopping across the Royal Promenade, or explore the multitude of other entertainment options available to you.

Symphony of the Seas will make stops in Barcelona and Palma de Mallorca, Spain; Provence, France; and Florence/Pisa, Rome, and Naples, Italy before docking in Miami this November. From there, Symphony will sail to Eastern and Western Caribbean destinations. 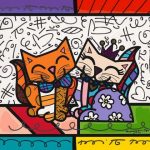 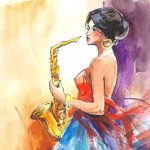