Tis’ the season for cold weather and snow-covered grounds. While the bitter air and slushy roads make many people shudder, a pure white blanket of snow inspires many artists to pick up a brush. With its massive scope of artistic talent, Park West Gallery is home to numerous artists who have a unique take on wintery weather.

Even if the weather outside is frightful, enjoy delightful winter artwork from Park West Gallery artists: 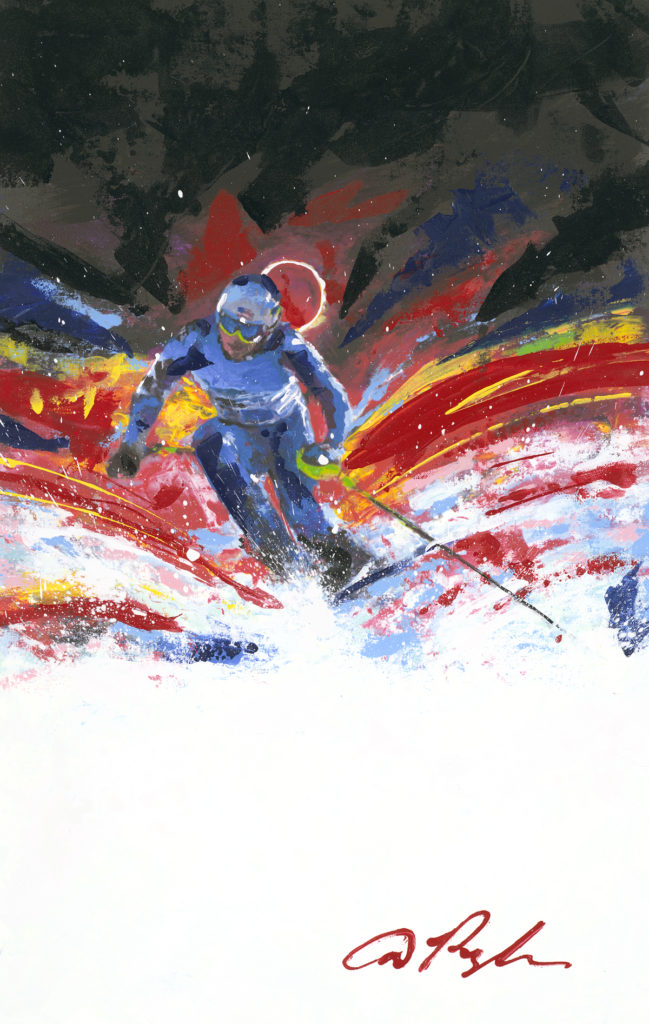 As a dynamic artist, Dominic Pangborn‘s wintery interpretation takes a different approach to a classic snow-covered scene. Pangborn’s “Full Speed” brings a burst of color  contrasting with the snowy ground as the skier races down the mountain. 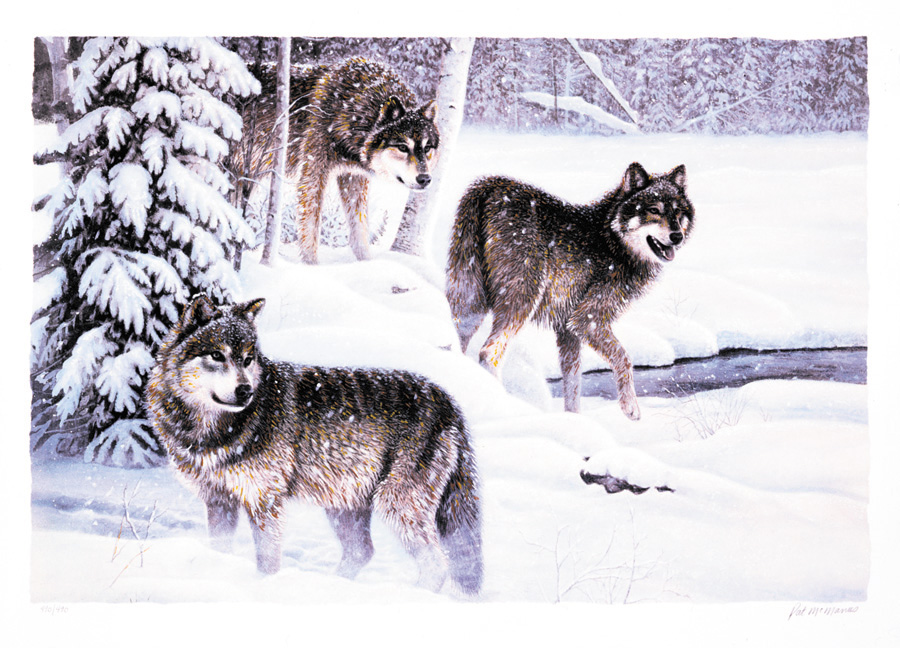 Wildlife artist Pat McManus captures a snowy scene of winter in his signature natural setting. As an avid outdoorsman, McManus’ winter artwork gives a look into the woods at the creatures who face the cold head on.

“It’s remarkable just how they can live outdoors,” McManus says. “I see the deer by my house and I can’t believe how they live in the wintertime.” 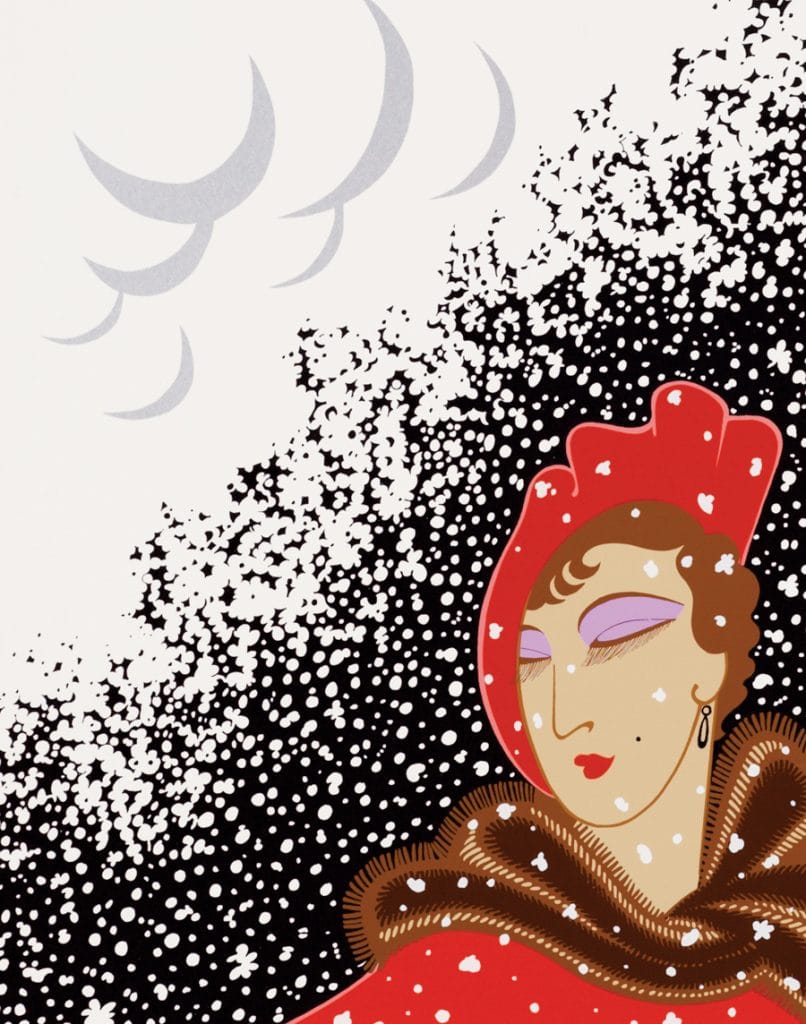 Perhaps the most fabulous take on winter comes from renowned fashion illustrator Erté. The Russian-born artist is credited as one of the founders the Art Deco movement—a style of art that embraced luxury and glamor. The woman in “Winter” embodies this motif as the subject’s red coat and fur scarf stand out from the black background and white snow.

“Snow View From the Vulane to the Villarrica Lak” 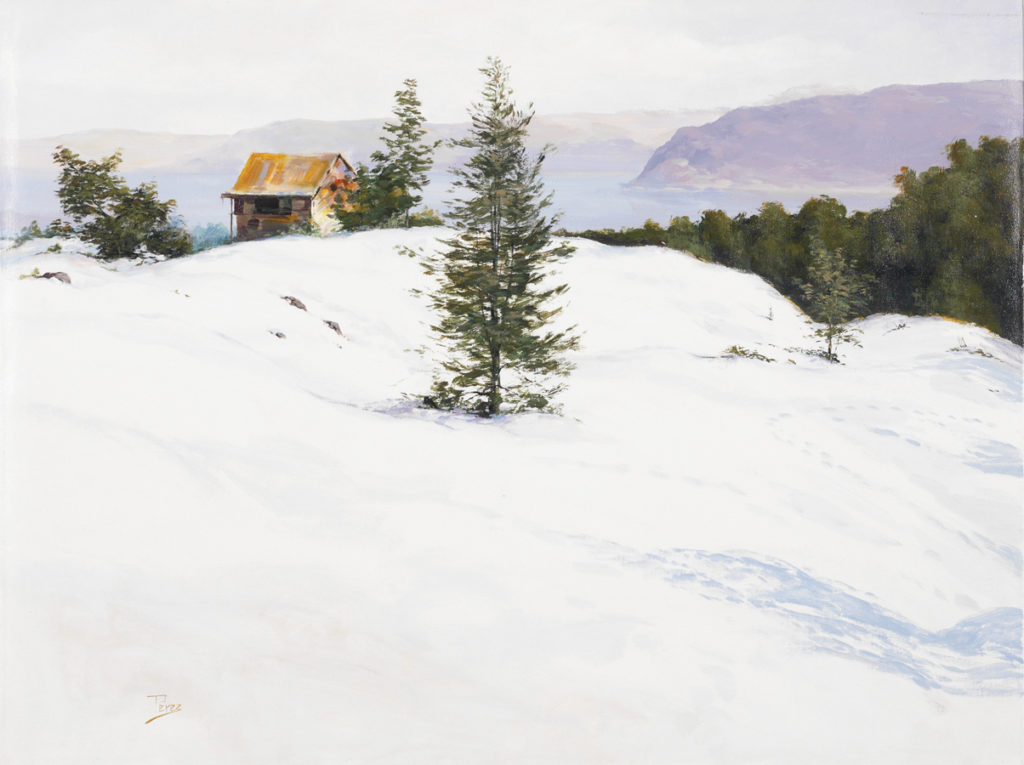 “Snow View From the Vulane to the Villarrica Lak” (2003), Alex Perez

This classic take on a snowy hillside depicts an idealistic winter scene. In this work of art from Alex Perez, pointed evergreens are perched atop drifts of snow casting tiny gray shadows onto the white sheet. A bright yellow cabin looks off in the background with purple mountains rolling behind it. 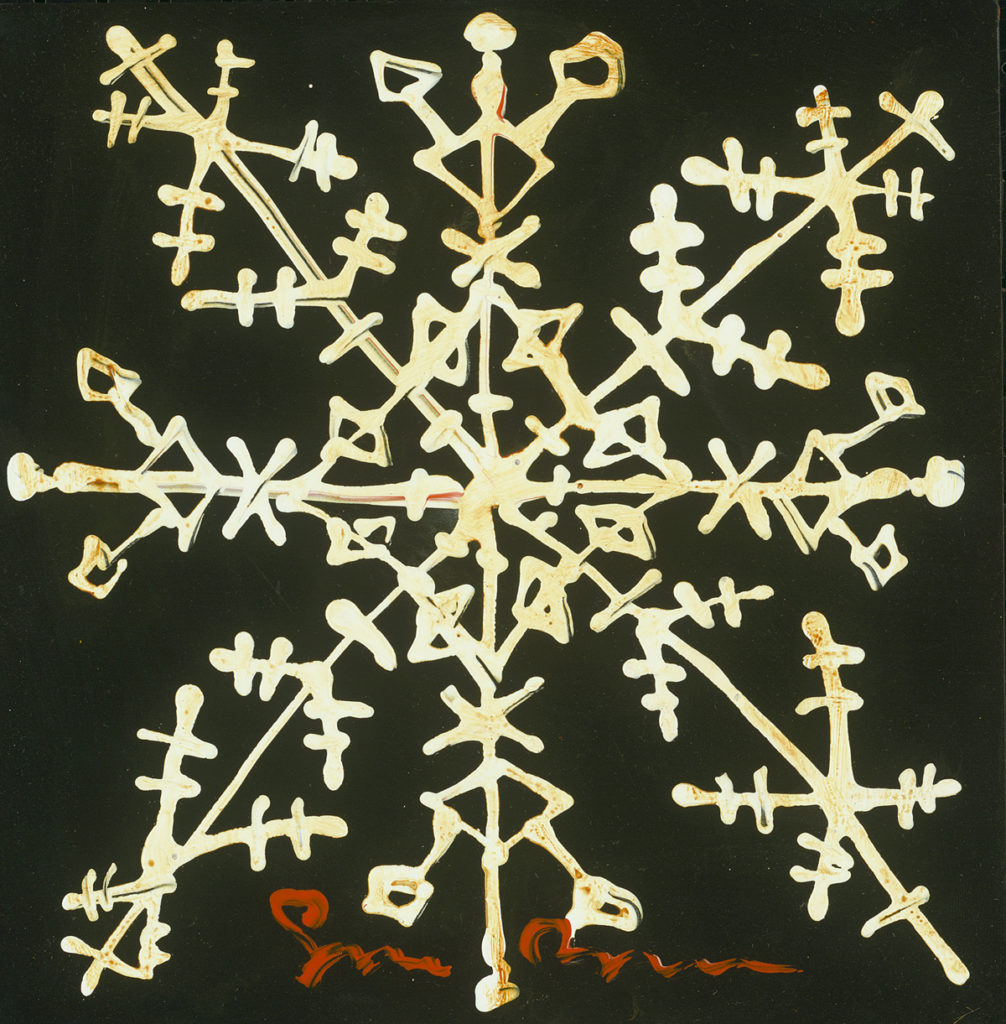 Known for his multicolored flowers and splashes of paint, Simon Bull projects his signature style onto a single snowflake. Bull’s orange-tinted snowflake challenges the norm by using uneven stems and designs in lieu of rigid, crystalline patterns.) 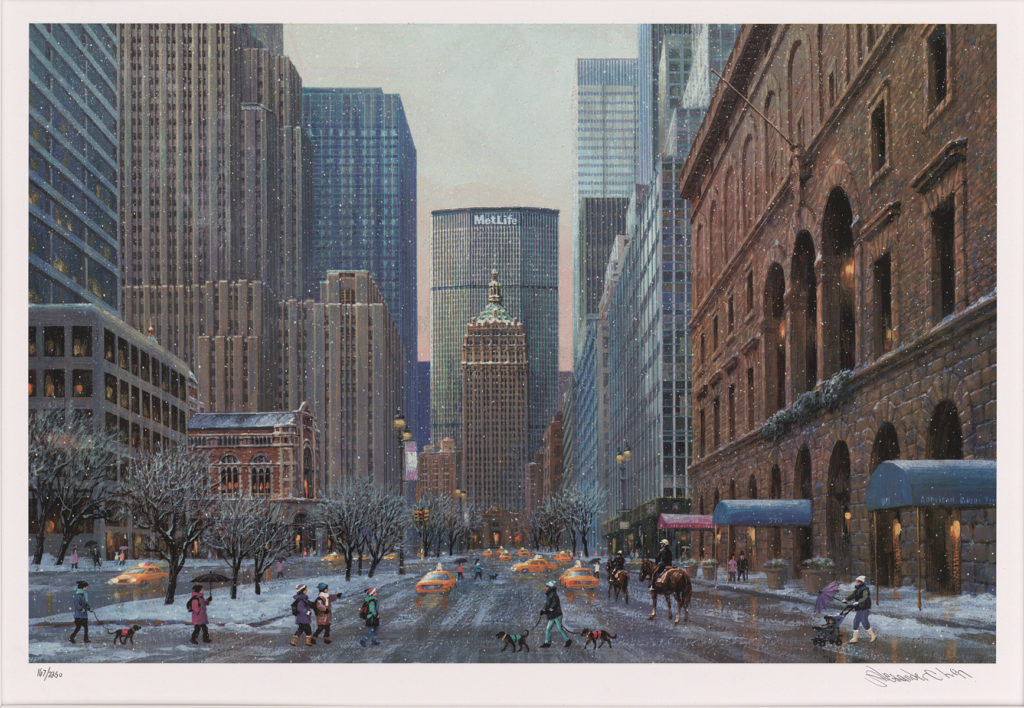 Hyper-realist artist Alexander Chen has a special relationship with the cold weather. The artist saw snow for the first time when he was in New York City at 40 years old. The white drifts inspired Chen to create a series of artwork featuring the Big Apple in the middle of winter. 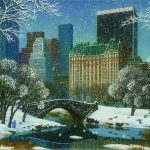 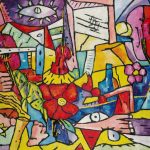