“It’s relaxing to see something and bring it to life,” Williams says.”It’s one of my stress relievers. It’s something I like to do — just to take some pieces of wood and make something awesome out of it.”

The retired veteran never expected to make a career out of his hobby until he met Park West Gallery artist David “Lebo” Le Batard.

“To me, veterans and teachers are two of our most underserved people in our communities,” Lebo said. “So I absolutely wanted to work with Michael and any vets that are trying to do something artistic.” In the artist’s new collaborative collection, Lebo uses wooden planks handmade by Williams as the canvas for his creations. The colorful panels are made from purpleheart wood—the perfect cornerstone for Williams’ business, Purpleheart Art.

“It’s very enlightening and it’s also very flattering that someone of his stature would want to work with someone like me,” Williams says. “It gives me a whole new opportunity.”

On December 18,  Lebo and Williams met in person for the first time after working together remotely. More than 150 art collectors witnessed the touching moment between artist and veteran during a Park West Gallery VIP event in Asheville, North Carolina. For Williams, the experience was nothing short of “amazing.”

“Just to see what I did with the paintings he’s put on top — it’s great! It’s really heartwarming,” Williams says. “I hope everyone enjoys them as well.” The decorated veteran began his service in 1993 when he was accepted into the United States Air Force. He served in Bosnia, Iraq and Afghanistan. During his time in the Air Force, Williams discovered a passion for Explosive Ordinance Disposal and eventually became an EOD Team Leader.

“You have to enjoy it. It’s not something that someone can just go do, you have to have a desire for it,” Williams said.

During his second tour in Afghanistan, Williams suffered a traumatic injury when he stepped on an IED while disarming another explosive device. The blast took off Williams’ left leg and left him with other serious injuries.

“That’s life changing. Every day I’m reminded of it,” Williams says. “I’m still alive, I can do things. It could be a lot worse. That’s how I look at it.” Veteran Michael Williams receives his Purple Heart after losing his leg in an IED explosion.

As he recovered from the explosion, Williams faced the challenge of learning to walk again. At the time, his son was eight-months-old. Williams promised himself he would learn to walk before his infant son.

The Purple Heart recipient came home in 2011 from his nearly 20 years of military service. After retiring from the Air Force, Williams studied as a computer programmer but held onto his enthusiasm for woodworking. Williams’ neighbor and Park West auctioneer Rob Ducat knew his friends’ passion for craftsmanship and introduced the veteran to Lebo.

“Lebo’a artwork is so much more than just paint on canvas. Each piece has a story,” Ducat said. “Mike’s story is incredible and his woodwork exceptional. Introducing them both just made sense.”

Lebo is known for weaving deeper meanings and hidden symbolism in his colorful cartoons. Using Williams’ wooden boards, Lebo creates a unique artistic experience through the textures and patterns of the paint on the wood.

“His work is wonderful both to work on and to look at,” Lebo says. “I think it’s a nice mix of craftsmanship and attention to detail.”

As an artist who frequently explores different mediums, Lebo embraced the charge of creating art with Williams’ colorful woodwork.

“My challenge with Michael’s pieces isn’t just to paint over what he’s doing. I want to incorporate what I do into what he does. So, it’s really weaving those two things together,” the artist says. Lebo speaks with Park West Gallery at a VIP event in Asheville, NC.

Through Williams and Lebo’s creative efforts, the new collection of wood-plank paintings creates an unmatched partnership of the organic and the imaginative. Lebo’s colorful creations come to life on Williams’ signature purpleheart wood. While the finished product speaks for itself, Lebo finds fulfillment in pushing his artwork beyond the canvas.

“The more we get involved in our own pursuits — that can lead to egotism and self-centeredness,” he says. “The more that we share what we have with others, I think we create more community and more compassion. That’s really what I’ve been trying to do my whole career.” The partnership offers collectors the unique opportunity to contribute to something bigger than hanging beautiful artwork on the wall.

“When someone takes home a Lebo and Williams board, they are not just getting a work of art by a talented and famous artist,” Ducat says. “They’re helping an incredibly gifted American hero live his dream.”

To inquire about artwork from Lebo and Williams, you can contact Park West Gallery’s Gallery Consultants. View more artwork from the Miami artist online. 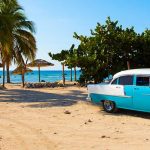 Climb Aboard a Cruise to Cuba in 2017Art & Gallery News, Articles, Cruise Art Auctions at Sea, In the News, Media Coverage 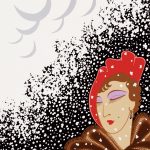