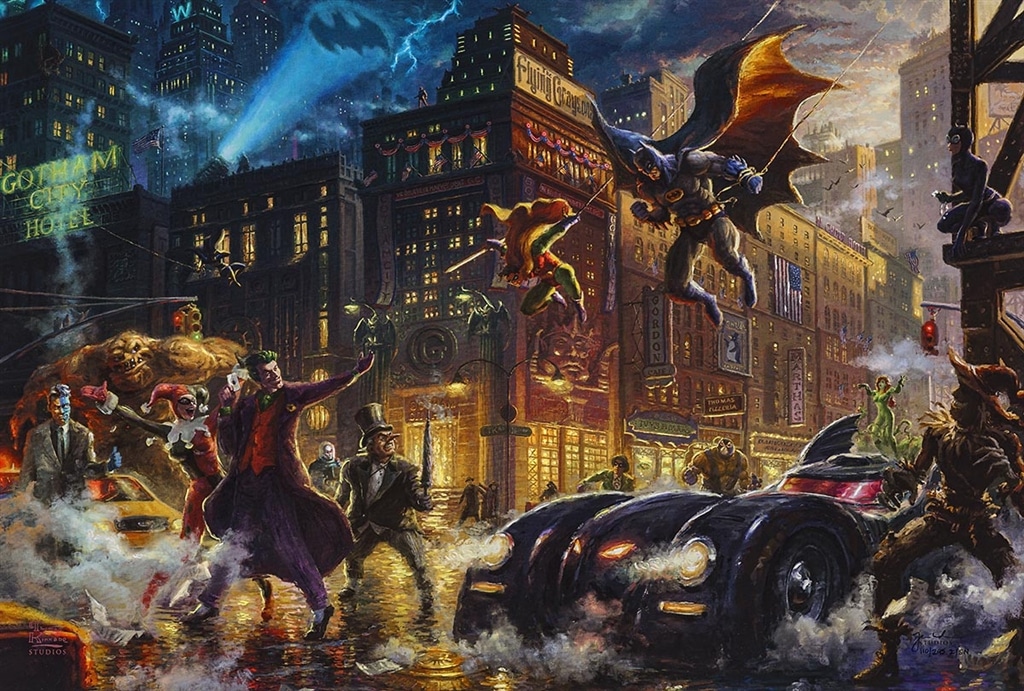 When Thomas Kinkade unexpectedly passed in 2012, the world lost one of its most collected artists. Fortunately, like Walt Disney, Kinkade had already begun building a studio that would continue his life’s work for generations to come.

During his lifetime, Kinkade actively sought out talented artists who he believed would be able to carry on his vision, training these artists to paint in his hallmark, Kinkadian style.

Years ago, Norman Rockwell had the foresight to allow his family to create limited-editions of his paintings as “estate releases.” Thomas Kinkade took that concept to the next level. Just as he was a visionary in his art, he was also a visionary when it came to preserving his artistic legacy. 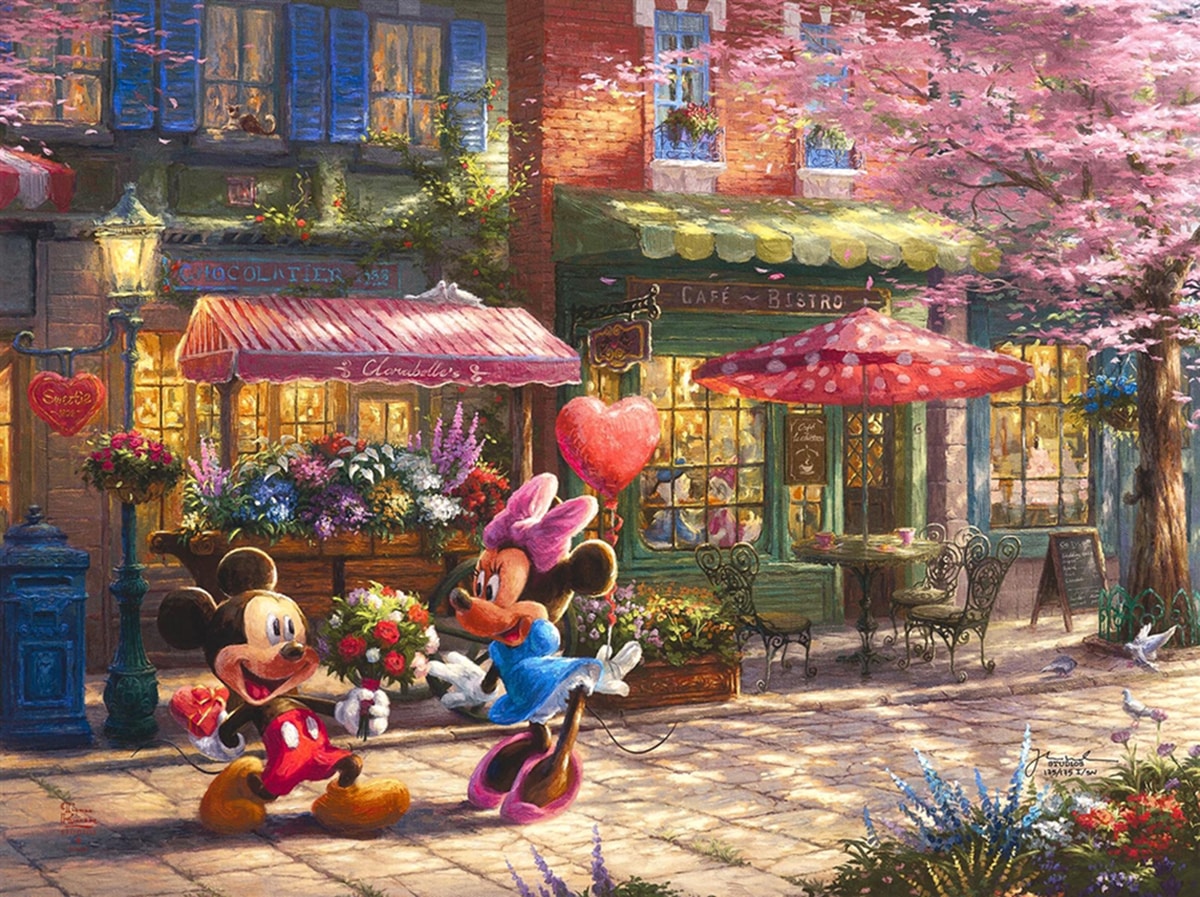 With Thomas Kinkade Studios, this marks the first time in Park West’s 50-year history where one of our artists has formed his own atelier of studio painters to expand on his body of work after his passing.

In these new editions, a studio of incredibly talented artists, steeped in Kinkade’s creative excellence, have brought to life scenes from two of the biggest names in modern pop culture—Disney and DC Comics. 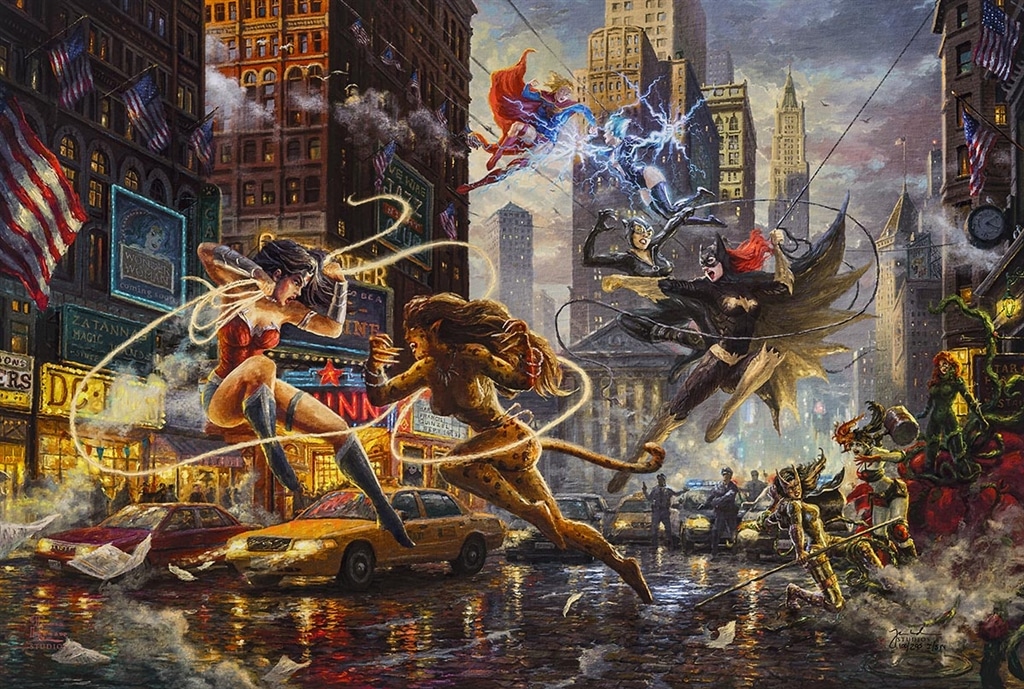 These new Disney works carry on the tradition of Kinkade’s long-time collaboration with Walt Disney Studios, capturing carefree moments between Mickey and Minnie Mouse as well as scenes from classic movies like The Little Mermaid and Beauty and the Beast. 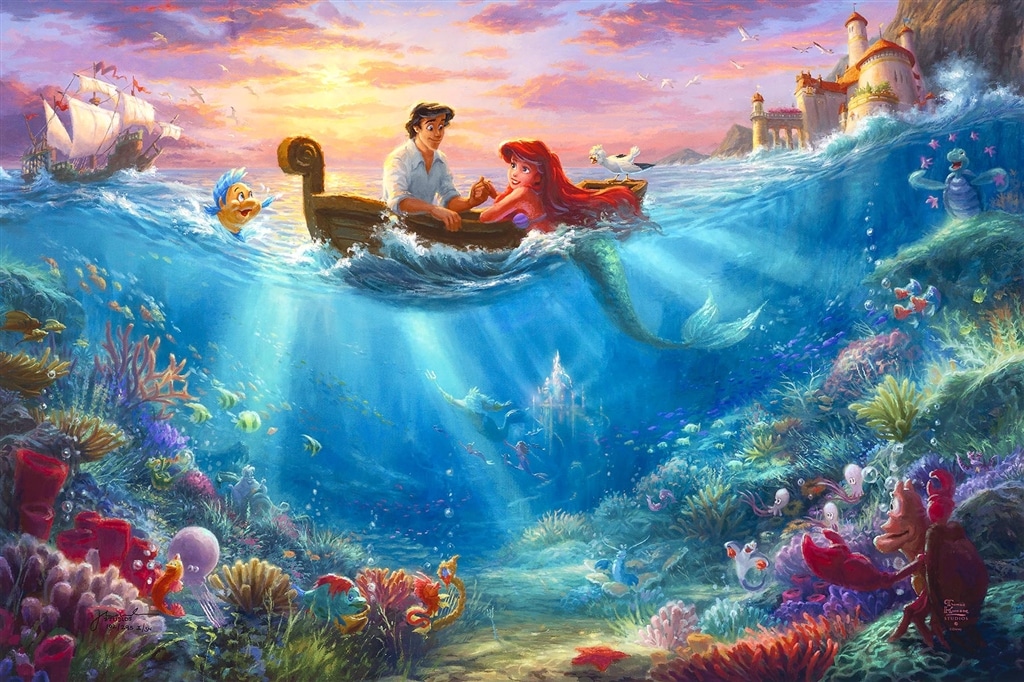 The Kinkade Studios has also created three dynamic works based on the core trinity of DC Comics’ most famous superheroes: Superman, Batman, and Wonder Woman. 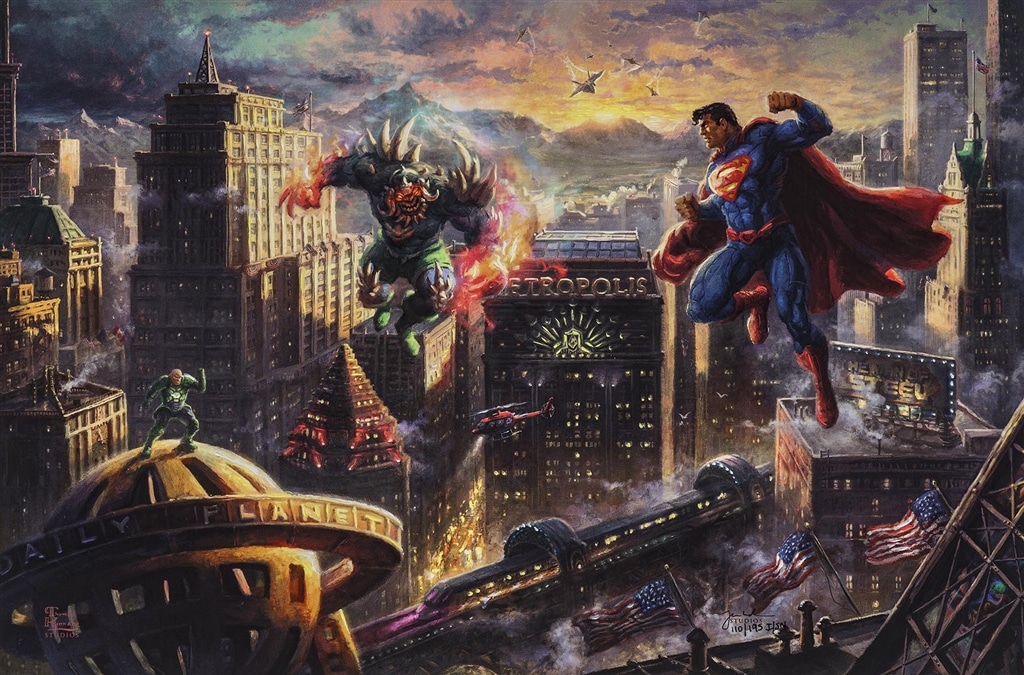 When Walt Disney passed in 1966, thanks to his foresight, Disney Studios did not cease to exist. The studio he built went on to create some of the most thrillingly creative works of the past century.

In a similar fashion, Kinkade Studios will continue to create fantastic works of art and carry on Kinkade’s legacy into the future.

If you’re interested in any of the works pictured or wish to know more about Thomas Kinkade Studio releases, attend one of our exciting online auctions or contact our gallery consultants at (800) 521-9654 ext. 4 or sales@parkwestgallery.com. 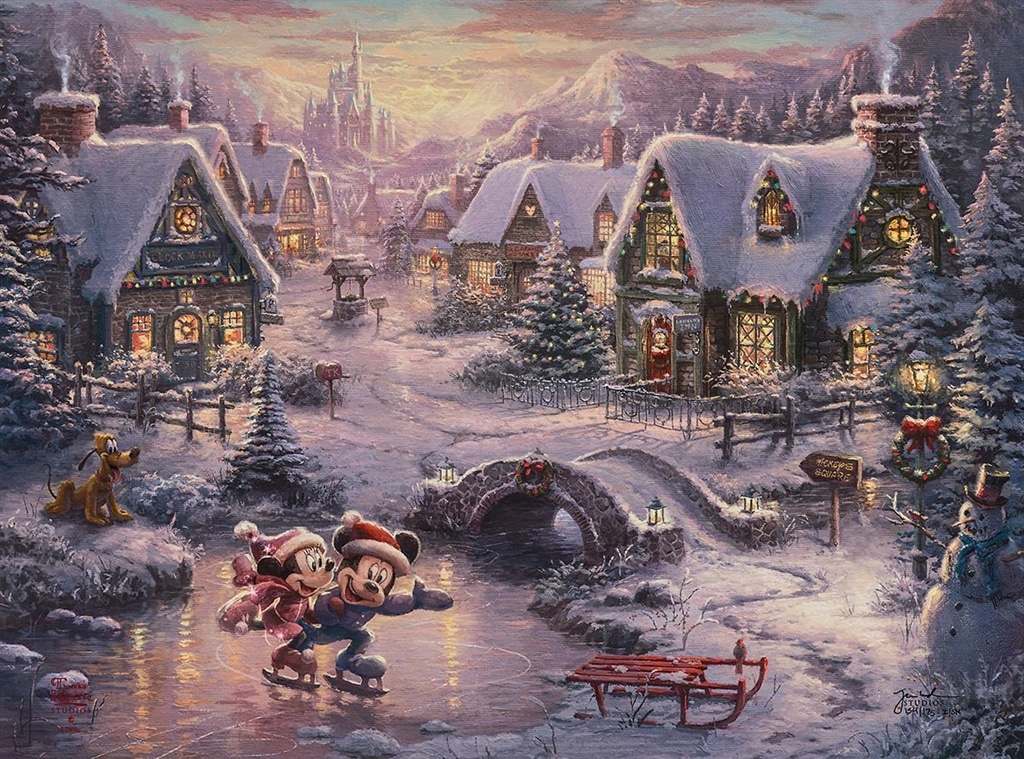 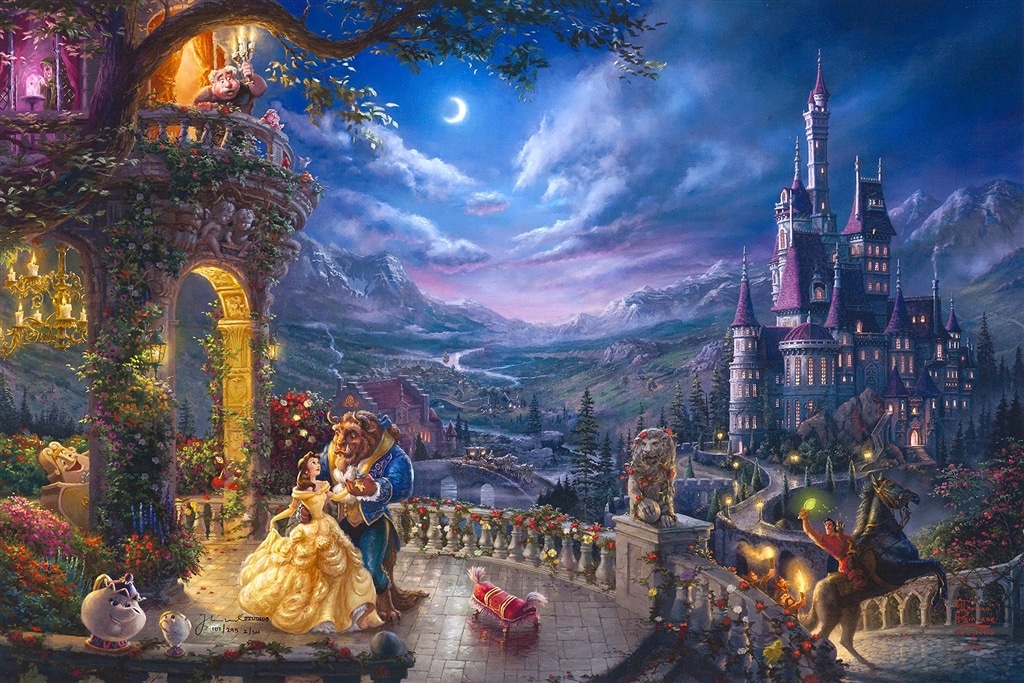 “Beauty and the Beast Dancing in the Moonlight,” Thomas Kinkade Studios 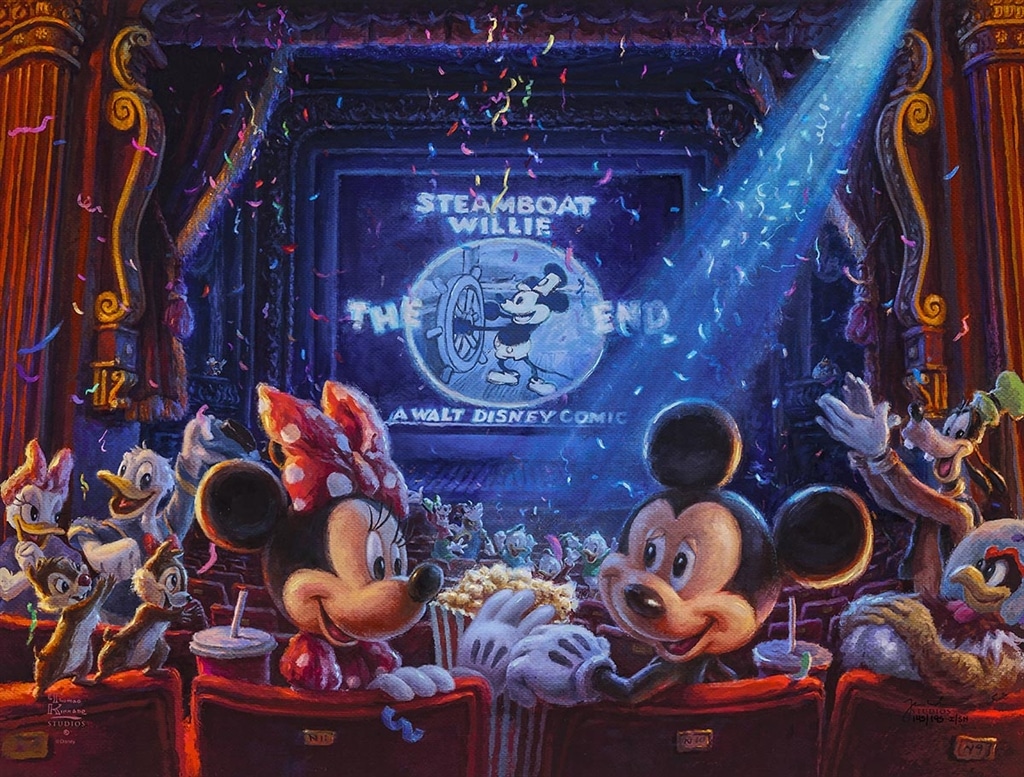 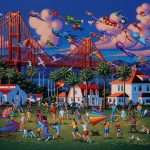 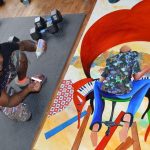