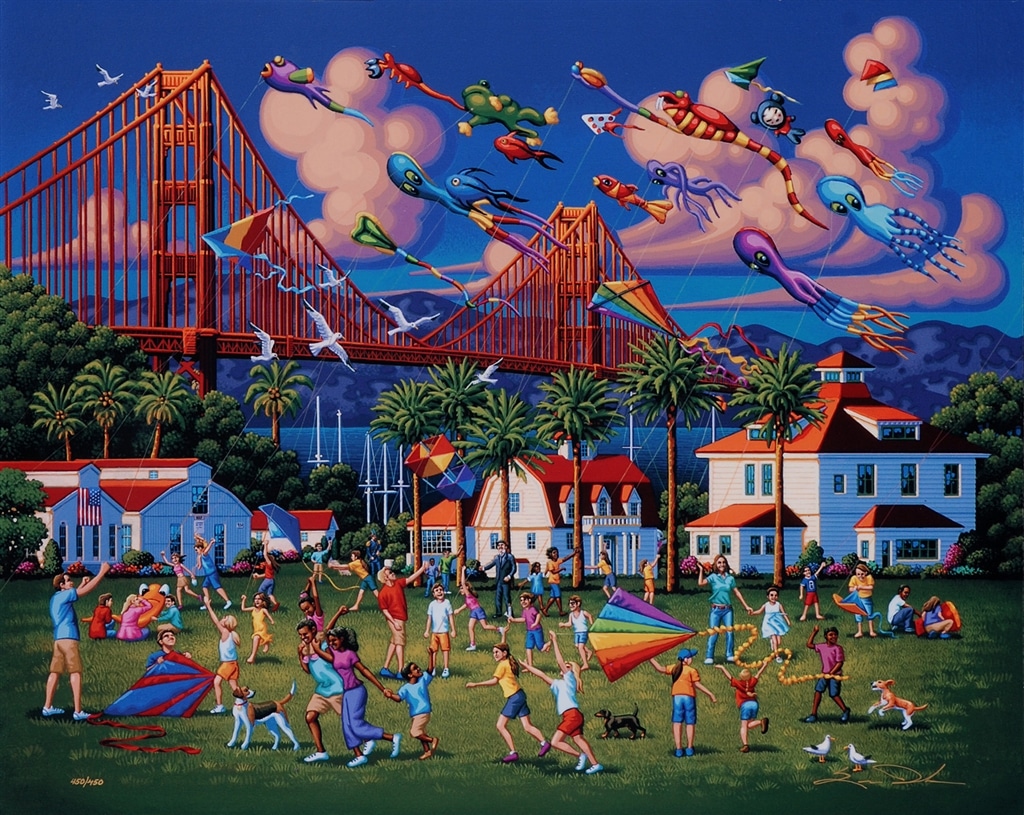 Eric Dowdle is a folk art phenomenon. His whimsical cityscapes and landscapes are instantly recognizable, and audiences around the globe have embraced Dowdle’s signature detailed style.

His artwork is so intricate, in fact, that Dowdle has become known as the “Puzzle King”—his paintings have been transformed into a series of ingenious puzzles that have sold millions of copies. He’s also widely known of the PBS TV program “Painting the Town.”

Dowdle recently sat down with Park West Gallery Director Morris Shapiro to talk about his impressive career on the latest episode of the “Behind the Artist” podcast. You can find the episode on the Park West Podcast page or download the episode on iTunes or Stitcher.

During the podcast, Dowdle discusses the appeal of folk art, his foray into puzzle-making, and his continuing quest to tell stories through his art.

Here are just a few excerpts from their conversation:

Eric Dowdle on the appeal of folk art:

I was talking to my wife about this and going, “I take art seriously, but I don’t take myself seriously.” …  I think what’s great about it is you’re allowed to play in those waters a little bit more when you don’t take yourself seriously. So, to me, the definition of folk art in its simplest form is the interaction between people and their environment. “Folk” being the operative word. 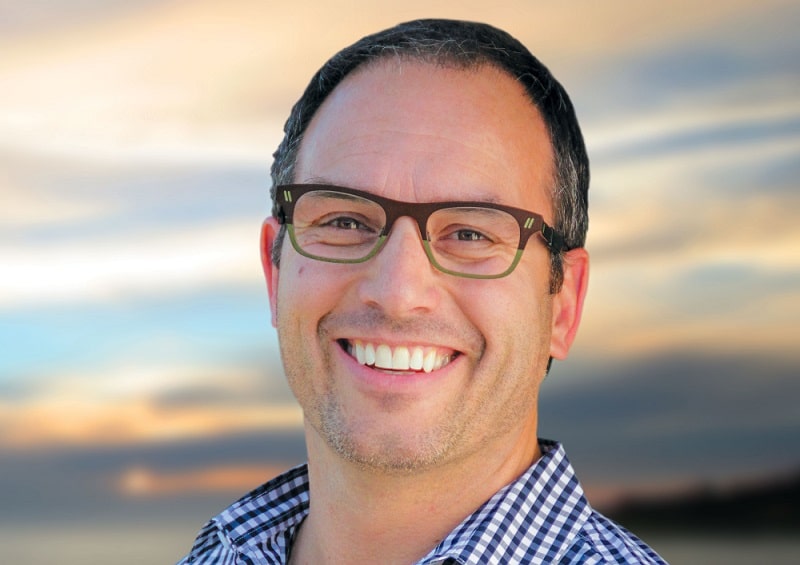 Eric Dowdle on finding his niche in the art world:

When I went to go into college, they warned me, “You’ll never be taken serious. Don’t do it.” … Then I realized, if I stayed in school, I would mimic the masters or my professors. I went, “If I venture out on my own and just tackle the world, I will find my niche.” 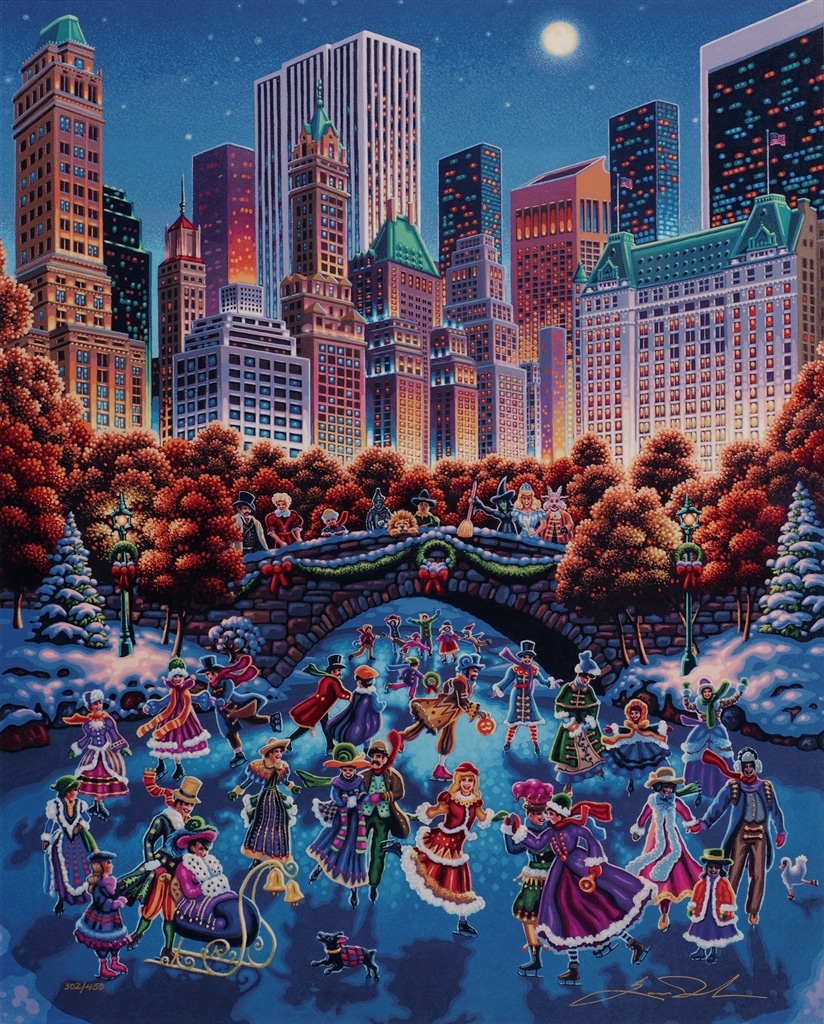 Folk art has been a joyful journey for me in realizing who I really was. I was four years into painting before I realized, “Wait a minute. This is exactly the style of art I should do.” Because it’s storytelling. I’m from a big family. We’d sit around the dinner table and rough each other up and tell stories, and this is a natural venue for it.

Nobody goes to college and goes, “Someday I’m going to make it in the puzzle world. I’m going to be the Puzzle King.” It doesn’t come with a cape and nobody looks at it and goes, “Amazing.” I didn’t want it to cheapen the art. And so I got known as the puzzle guy and I’m like, “No, I’m an artist. I’m not a puzzle guy.” But I had to embrace it at some point and just go with it. 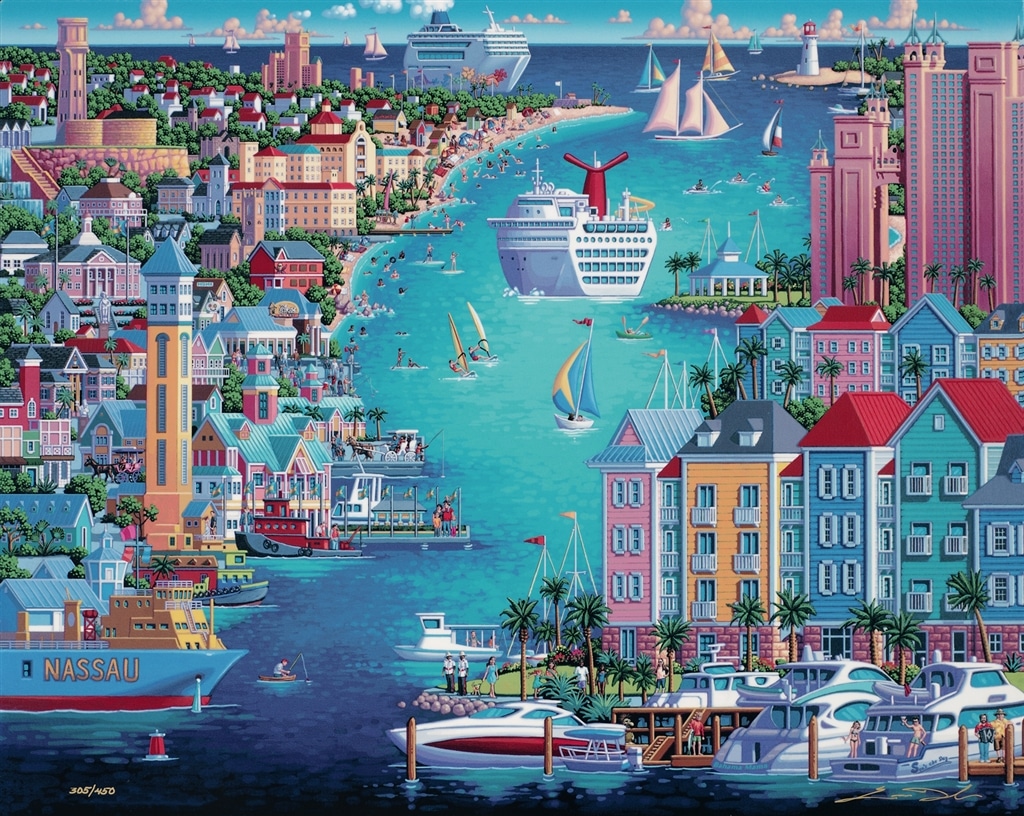 In the end, it’s like being a chef. You cook and you want people to eat it and go, “That was tasty.” And a chef gets to see that satisfaction immediately. You do a painting, you want people to enjoy it. … So why would you not put your art in as many tasteful arenas as possible?

To collect the art of Eric Dowdle, contact our gallery consultants at (800) 521-9654 ext. 4 or sales@parkwestgallery.com. 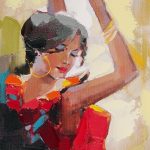 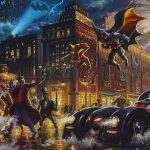