Simon Bull is known as a colorist for his use of bright color and expressive, gestural brushstrokes, but one color featured in his works holds a deeper meaning than others.

In many of his paintings, Bull uses a jet black background for his vibrant subjects. The color black is often associated with negative connotations, whether it be death, evil, or the unknown. For Bull, using black is a reminder of the experience that helped him realize life should be lived fully and in the present.

In 2005, Bull was diagnosed with stage two colon cancer. He endured a barrage of treatments, which included surgery, to fight it. Bull’s wife had left a sketch pad in the room with him as he recovered, which in hindsight Bull was very thankful for.

“You know how it is, you’re dying of cancer, you’ve got wires everywhere but you have a sketchpad on hand,” he says with a smirk.

When coming out of surgery he had a dream, and in this dream he was in a dark room with bright colors and images moving around him like a carousel.

As he considered the meaning of these images and contemplated whether he would make it through his battle with cancer, he was reminded of his upbringing in a Christian home and how he had felt the presence of God throughout his life.

“The idea was that if I’ve felt God’s presence in my life in the past, then I could trust him to be there in the future,” he says.

Along with a renewed spirit, Bull says he interpreted the bright colors against black backgrounds to mean that he should live his life to the fullest and in the moment, which would in turn create joy. He captured these images and ideas in his bedside sketchpad, joking that “the anesthetics wearing off” may have contributed to the imagery as well.

Bull’s treatments were a success, and he used those sketches as the basis for a series of paintings featuring brightly colored images – whether flowers, angels or hearts – on black backgrounds.

“I found that the darker the background, the brighter the colors,” he says. “Black represents the complete unknown, but the bright colors in the foreground represent what is known, what is enjoyed, what is being lived right now.” In this way, Bull adheres to his goal of infusing his painting with the joy of celebrating the good things in life, and encourages his audience to live life to the fullest.

Bull has used his artwork to raise awareness and support for charitable causes, including the American Cancer Society.

Interested in adding art by Simon Bull to your collection? Learn more by contacting us at (800) 521-9654 ext. 4 or sales@parkwestgallery.com. 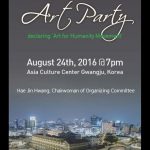 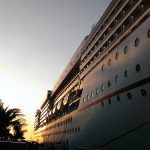