When art reaches out and touches someone, it can change their mood, thoughts and even their minds.

Dominic Pangborn experiences this first-hand when interacting with his Park West collectors, and hopes to draw on these themes as a special guest attending the oldest contemporary art biennial in Asia.

Pangborn has been invited to speak at the 11th annual Gwangju Biennale and Gwangju International Art Fair, a contemporary art event held Aug. 24 at the Asia Culture center in Gwangju, Korea.

According to the Biennale’s website, the event was founded in 1995 in memory of the civil uprising of the 1980 repression of the Gwangju Democratization Movement. The event features contemporary art under a theme along with special guest exhibitions and performances.

Pangborn will be among the several hundred dignitaries, VIPs and artists from across the globe in attendance. He admits it will be very different from his usual presentations, such as speaking with his collectors at Park West Gallery events.

“A lot of government leaders who usually have nothing to do with art will gather for this, and of course there are artists from all over the world,” he says.

Pangborn says the opportunity arose thanks to a speech he gave at Ehwa Womans University in Seoul, Korea last year. Hae Jin Hwang, a professor from the university and chairwoman of the Art Party heralding the Gwangju Biennale, remembered his presentation and reached out to him to see if he would speak on the event’s theme of “art for humanity movement.”

“They want to include many artists and dignitaries from overseas, so I will be representing as an artist from overseas,” Pangborn says. Pangborn says he was amazed to learn about the history that inspired the event, known as the Gwangju Uprising. The uprising took place from May 18-27 in 1980, and was the result of citizens taking up arms when university students protesting the regime of General Chun Doo-Hwan were fired upon and beaten by government troops.

When asked about his speech, Pangborn said he wants to emphasize the connections between art and freedom.

“I want to look into how art drives people‘s mindsets, whether you’re an artist or a politician,” he says. “Art has no boundaries. It communicates globally without words. It’s alive, it touches us. It makes us smile, laugh and at times brings tears too.” Pangborn recognizes the significance of art’s ability to communicate thanks in part to his childhood. He was adopted from Korea by a family in Michigan. With little knowledge of English, Pangborn turned to art as a way of expressing himself.

“One of the things I really enjoy about being an artist is that, from the time I started going to art school, the message I got was it opened my eyes to look at the world beyond art for the sake of your personal expressions, but how it can touch all sectors of life,” he says.

Pangborn easily shifts between realism and the abstract, encompassing a wide variety of visuals and subjects in his evolutionary style. View Pangborn’s art collection at Park West Gallery for more information. 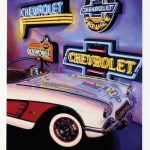 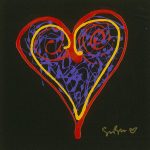