The Art of Pino Reminds Us Why Family Matters

There is a reason why the scenes painted by Italian artist Pino resonate with viewers on an emotional level—his love for his family is apparent in almost every familial scene he paints. 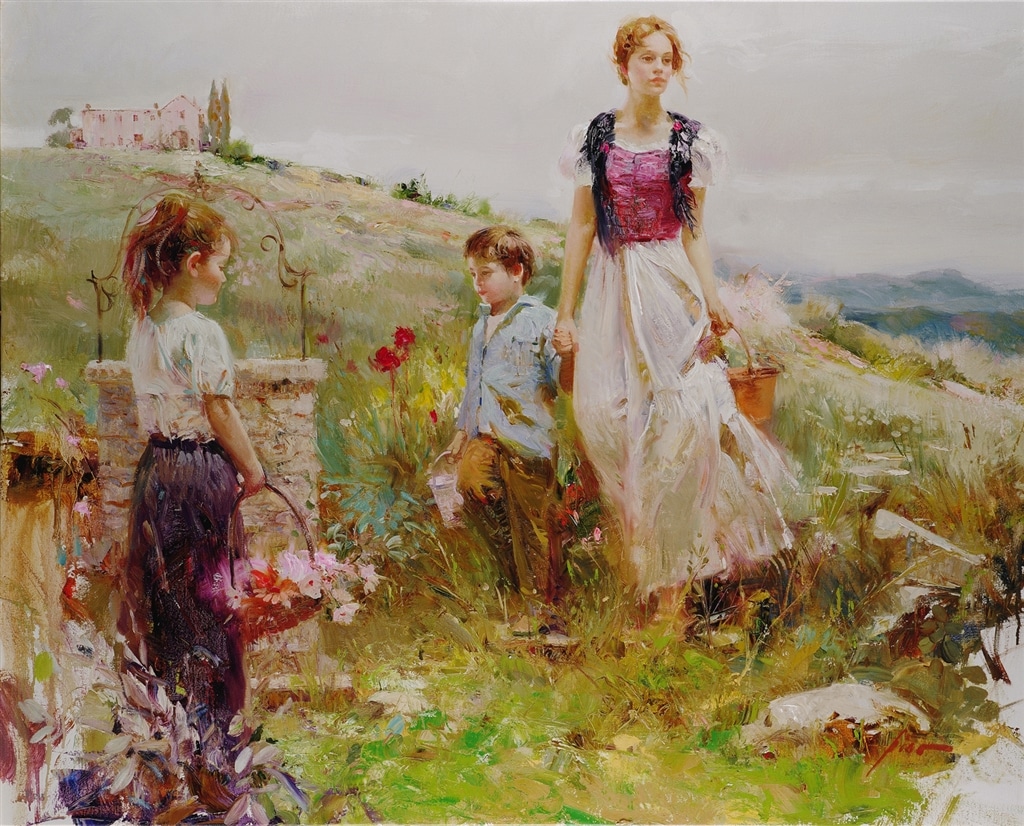 During stressful times or in the busy hustle of holidays, sometimes we lose sight of what matters the most, but Pino, a master illustrator and painter, demonstrated through his art and life that it is important to cherish family.

Pino grew up in post-World War II Bari, Italy, where most of the men were dead or fighting in the war. As a result, Pino was surrounded by women who were left behind to tend to their homes. His mother, aunts, grandmothers and cousins became women who maintained domestic tranquility in uncertain and frightening times.

“I remember them as being wonderful and beautiful,” Pino said.

Max Dangelico, Pino’s son, says these cherished memories of the women in his life would remain with him, and he applied that tenderness, love and elegance to the subjects of his paintings.

“That is where his subjects come from, he’d fish from his memories,” Dangelico says. 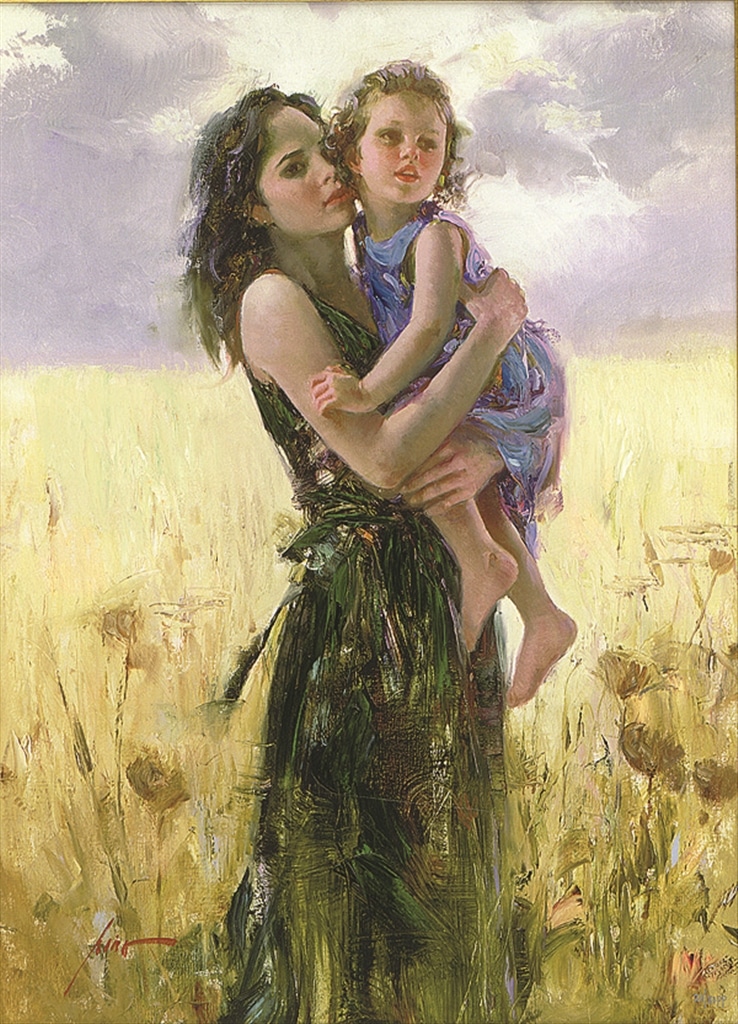 Pino’s parents were Tommaso, a lab technician at a state-run university, and his mother, Pasqua, who nurtured her seven children. Like many others in Bari at the time, the Dangelicos struggled to make ends meet, but their house was never devoid of love.

With a radio that only worked on occasion and no television, the family was left to their own devices for entertainment. Pino would fondly recall how his family would sit at the kitchen table and chat after meals. It was during these times that Pino’s parents encouraged him to draw, starting when he was only 5 years of age.

Pino’s memories are expressed through scenes of families gathered together, or motherly women caring for their young. However, as much as he enjoyed painting beautiful women thanks to these family memories, he would also paint men in casual poses. Again, he drew from his memory.

“I always love to draw people reading a newspaper, because of the memories from my childhood,” he said. “The father would be the first to open the paper; no one else was allowed to.” 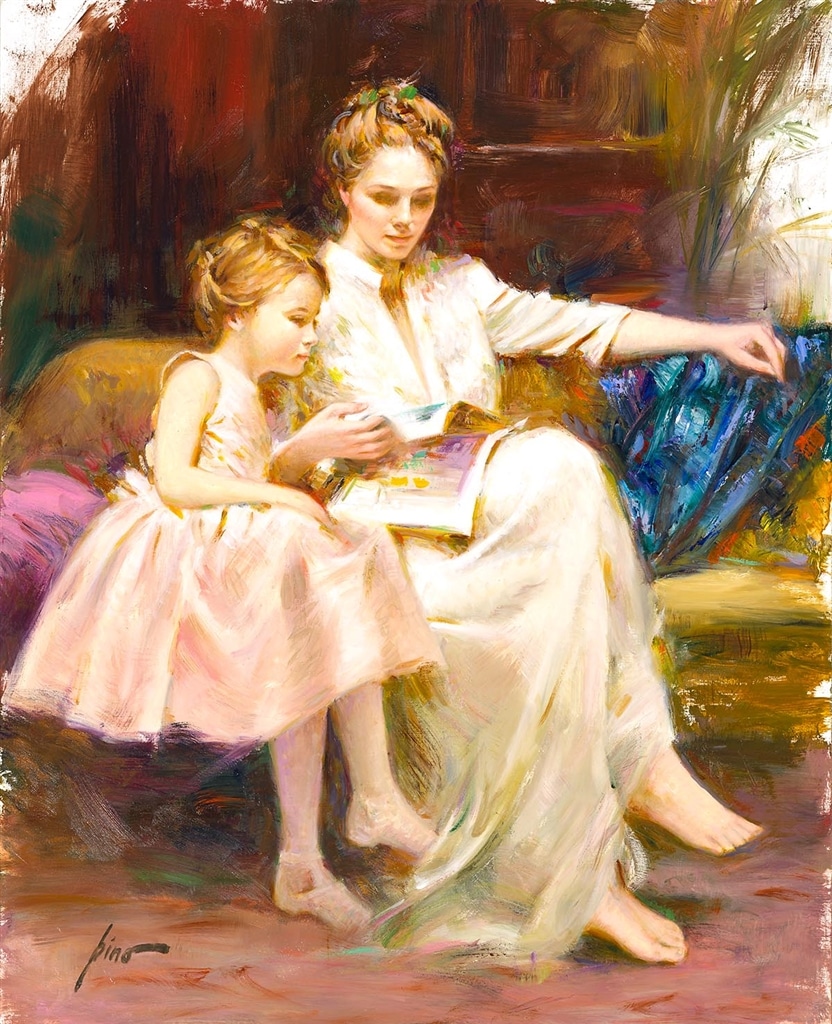 This isn’t to say the artist’s family was perfect. At first his father encouraged him to pursue art, but later would try to dissuade him. Unfortunately, when Pino was in Milan studying art, his father passed away, meaning he would never see his son’s success as an artist. However, despite the disagreements, Pino took it upon himself to move his mother and four of his siblings to Milan so he could care for them.

In 1969, once his family was able to support themselves, the artist began the path of starting his own family. He met Chiara, who would become his wife in 1970, and they would soon after raise two children.

To support them, Pino (with Chiara’s blessing) went to the United States to find work. He moved his family there in 1978, and he ultimately achieved success as an illustrator of book covers before switching to creating fine art. 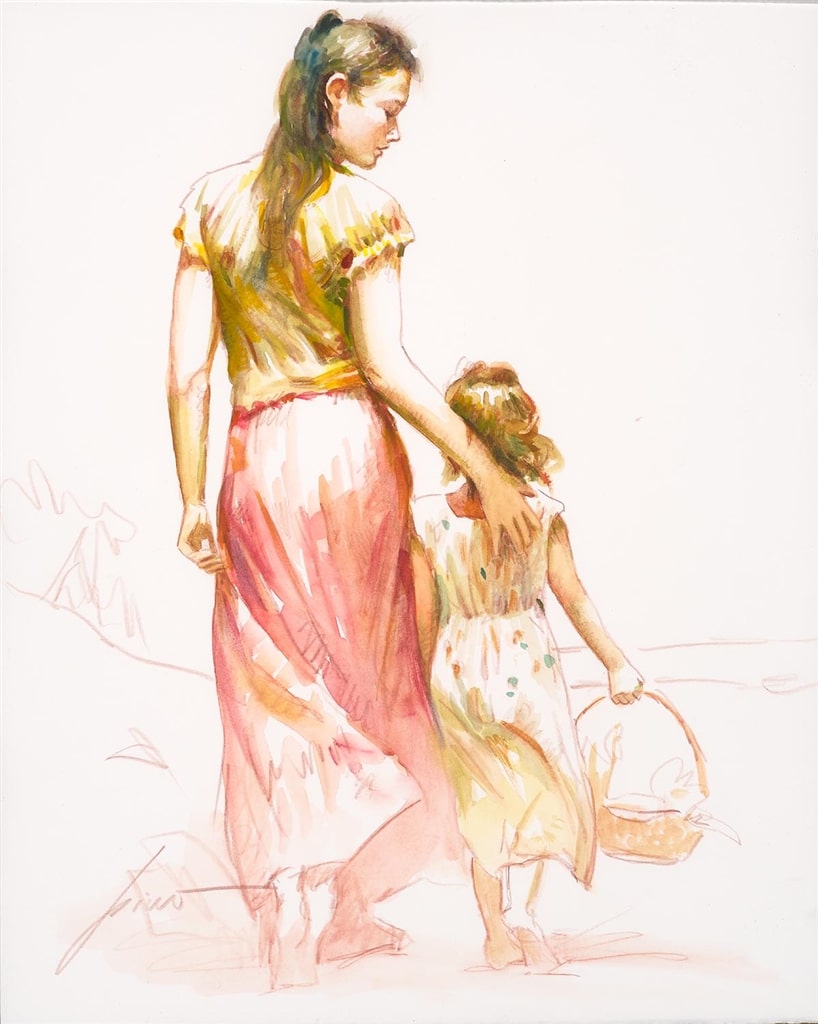 Dangelico can attest to the love that Pino had for his family. He says his father’s studio was in their home, so he didn’t leave the house, meaning Dangelico could watch him paint “every single stroke” of each painting.

“He had a passion for it, and I think it transfers in his artwork,” he says. “You see love in his work.”

That passion fostered a successful art career of five decades before his passing in 2010. Even with all of the success and fame that Pino achieved, though, Dangelico says he always remembers him as “Dad.”

“I’m blessed to have him as a father,” he said. “He loved my mom, he loved my sister, he loved me, he was a great family man, and that’s all that matters in this world today is the family unit, and people forget about that.”

If you’re interested in the works of Pino, register for our exciting live online auctions or contact our gallery consultants at (800) 521-9654 ext. 4 or sales@parkwestgallery.com for information.

Pino’s quotes are taken from the book “Pino: Timeless Visions” (2007) 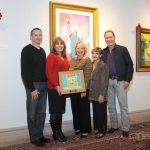 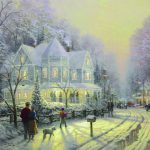