The HealthPlus Brooksie Way race of Oakland County recognized Park West Gallery for its contributions to improving the health of its community.

Race representatives visited the gallery on Dec. 15 to honor Park West Gallery for its sponsorship. The gallery was proud to sponsor the annual race, held in Oakland County, Michigan to raise funds for promoting health and wellness.

The race is held every fourth Sunday in September, and has an average of 6,000 runners and walkers every year. The race includes a half-marathon, 5K, 10K and kids race.

Proceeds from the race benefit The Brooksie Way, a non-profit organization formed in 2011. The proceeds are given through Brooksie Way MiniGrants to support programs that encourage healthy and active lifestyles for people of all ages.

Deb Kiertzner-Flynn, race director, says the race has provided more than $170,000 in the last eight years to non-profits. The programs have ranged from horseback riding for kids to yoga classes, and even senior citizen square dancing.

“It’s support, such as from Park West, that enables us to put on the race,” she says.

Gregory Guidice, race chair and president of the Brooksie Way Board of Directors, says sponsorship is important for the events, which have only grown since the program’s inception, with runners coming from as far away as Canada and South America. He says the race has a solid board to fall back on, as it includes Boston Marathon winners Bill Rodgers and Greg Meyer.

“We take our proceeds and give back to the community, so it’s really creating this wonderful chain,” he says. “It comes with esteemed partners and esteemed sponsors that we’re able to attract runners like Bill Rodgers and Greg Meyer to our board.”

The first race was held in 2008 and named after Brooks Stuart Patterson, the son of Oakland County Executive L. Brooks Patterson. “Brooksie” passed away in 2007 at the age of 28, and was known for his exuberance for life and the passion he had for his family. 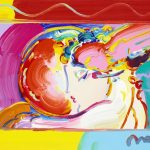 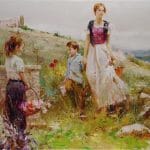