Over 50 years ago, Park West Gallery was founded on the belief that art should be accessible to everyone. That’s one of the core missions of the Park West Museum, the company’s free-to-the-public museum in Southfield, Michigan, just outside of Detroit.

In this new video tour, you can experience what it’s like to walk through the museum’s galleries and get a glimpse at many of the masterworks in its collections. There are galleries devoted to the works of classical artists like Rembrandt and Albrecht Dürer and more recent icons like Pablo Picasso, Salvador Dalí, Peter Max, and a whole lot more.

The museum is open seven days a week. You can find more information about visiting it here.

As a special bonus, if you visit the Park West Museum and check-in using the Yelp app, you will receive a free Park West gift pack, including a tote bag, a tumbler, and a complimentary art print. 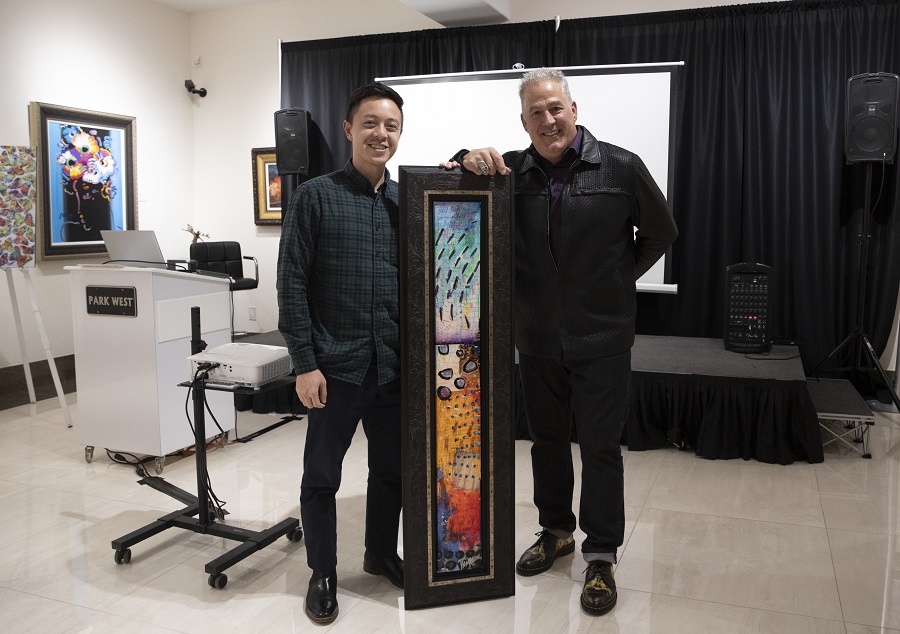 Park West Museum often hosts unique events, such as this recent event for Yelp where Detroit-area Yelpers got to meet artist Tim Yanke. One lucky attendee even won an original work by Yanke himself.

The museum attracts a diverse range of visitors, ranging from long-time Park West collectors to field trips from local elementary schools. Recently, as art lovers strolled around during their lunch hour, the children from Maybury Elementary in Detroit followed one of Park West’s museum docents on a guided tour. 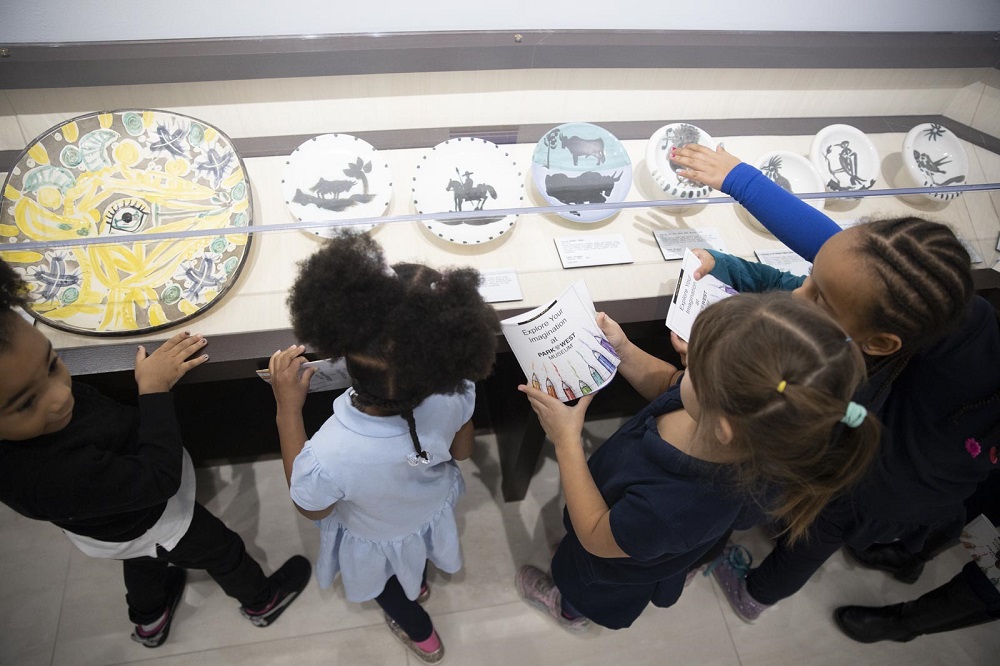 While discussing his motivations for opening the museum, Park West’s Founder and CEO Albert Scaglione said, “Being a part of a community is very important to me. From the start, we’ve stressed the importance of education, bringing art to the people where they live. I want to make it easy for people to experience art in their everyday lives.”

Upon entering the museum, guests are greeted by one of Park West’s digital art walls, which allows them to interact with Park West’s catalog of art or watch videos of its artists in action. The technical marvel can actually track people walking by, turning their movement into swirls of virtual art. (This feature is particularly popular with the visiting schoolchildren.) 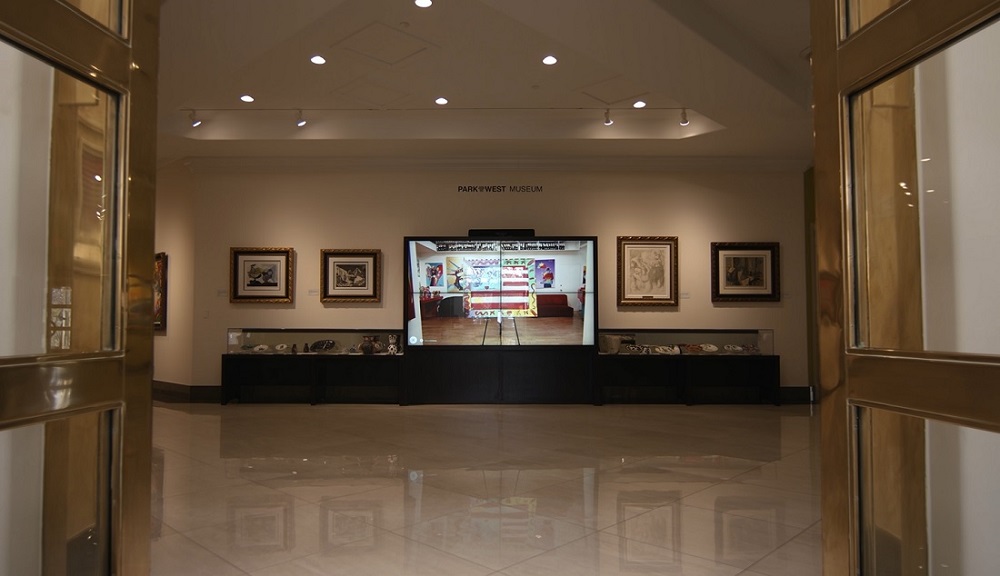 As you enter Park West Museum, you are greeted by one of Park West’s interactive digital art walls.

The first gallery collects original paintings by Peter Max. The collection is the same one that appeared in Max’s “50 Years of Cosmic Dreaming” exhibition at the Tampa Museum of Art in 2016—an exhibition that was organized by Park West. Many of the Park West Museum collections come from major exhibitions that have been featured in museums around the world.

The museum next transitions into a multi-room gallery devoted to Pablo Picasso. It includes an impressive selection of original linocuts, etchings, and lithographs from different eras of Picasso’s career and a simply unbeatable collection of Picasso’s ceramic works.

In fact, the Park West Museum has the largest collection of Picasso’s ceramic works that are currently on display anywhere on the planet. 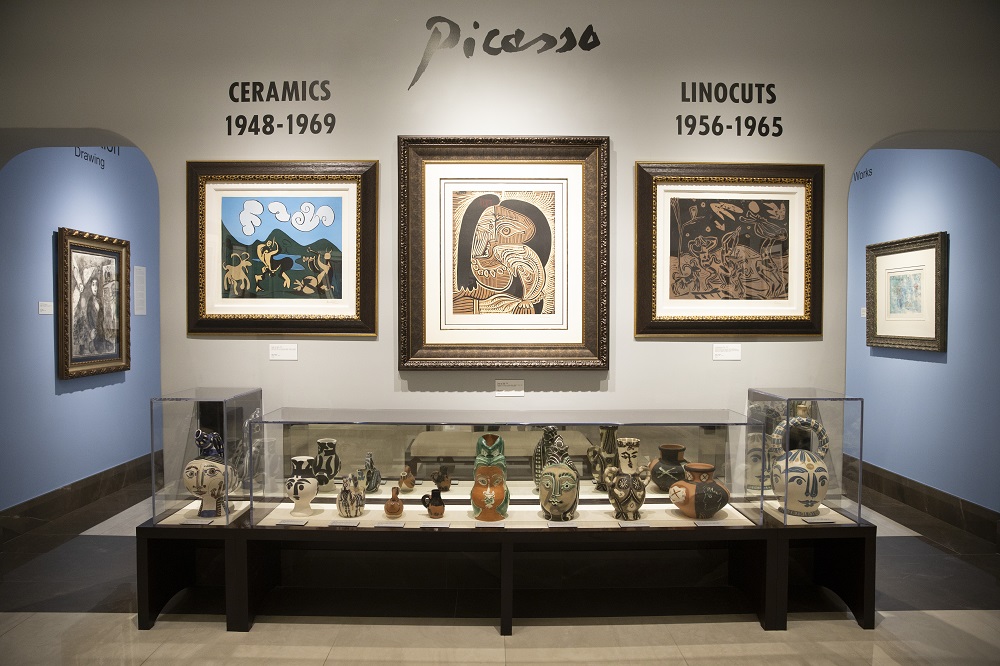 The other galleries offer an eclectic and engaging selection of art from some of history’s greatest artists.

You can browse Albrecht Dürer‘s 16th-century woodcuts or Rembrandt‘s unrivaled 17th-century etchings. You can glimpse medieval illuminated manuscripts, some of which can be traced back to being owned by Catherine de Medici, a descendant of the Medici family and eventual Queen of France. 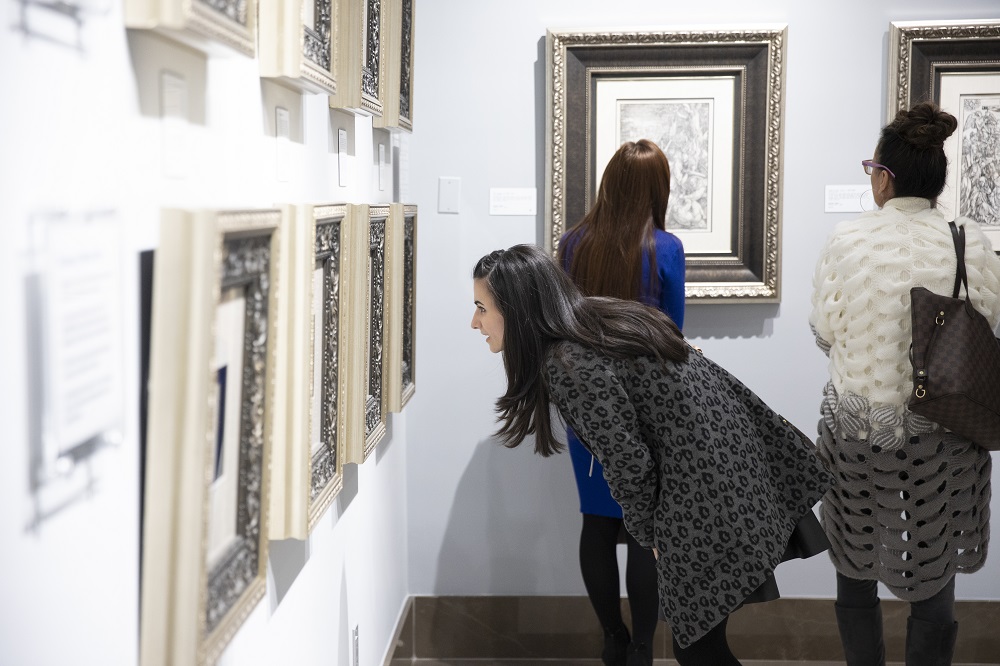 A curious patron takes an up-close look at an etching by Rembrandt van Rijn.

You can view paintings by Pierre Auguste-Renoir, etchings by Francisco Goya, or pencil sketches by Toulouse-Lautrec. You can marvel at the colors of Marc Chagall‘s lithographs or the sheer size and imagination of works by Spanish master Joan Miró. 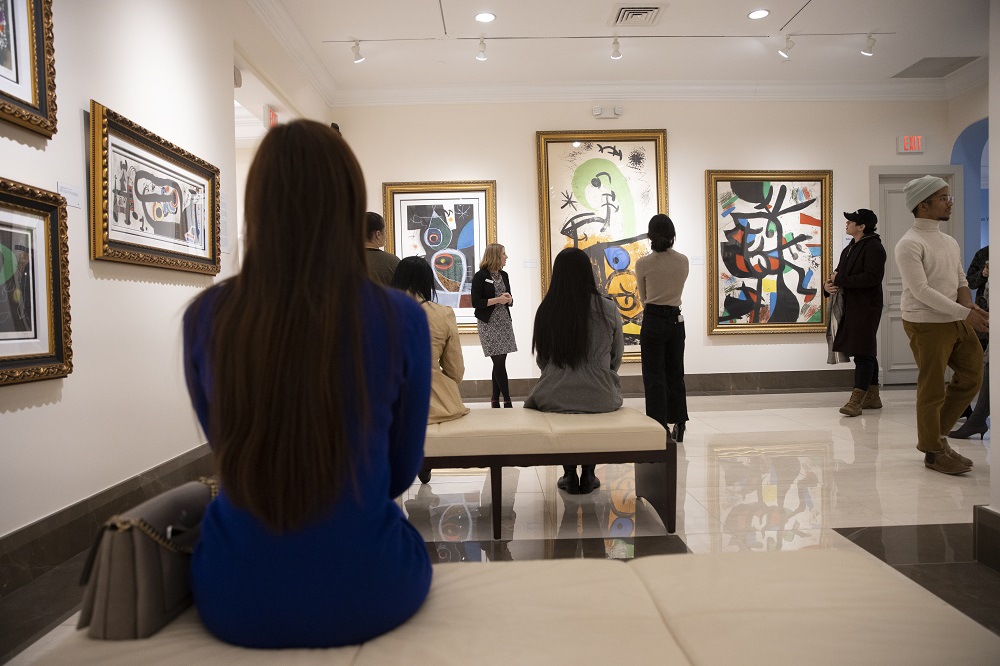 You can stroll through one of the museum’s largest galleries, presenting the kinetic works of Israeli artist Yaacov Agam, or immerse yourself in Salvador Dalí’s original engravings for Dante’s “Divine Comedy.”

And, when you’ve explored all that the museum has to offer, you can move downstairs into Park West’s gallery space, where you can view current works in the company’s collections, featuring artists ranging from Matt Beyrer to Romero Britto. 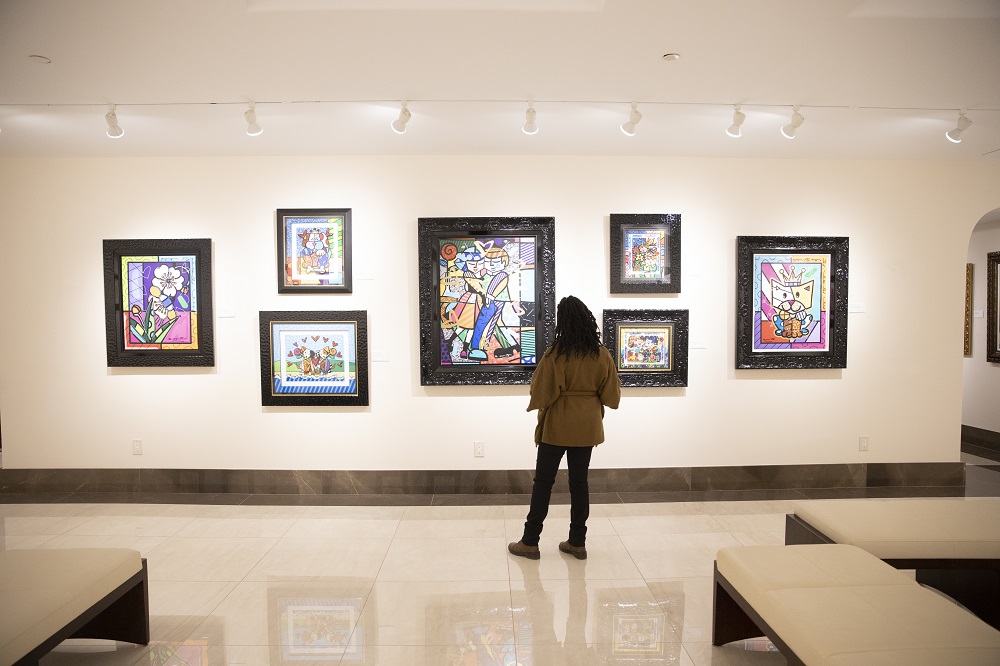 Park West really does believe that art is for everyone, and visiting the Park West Museum is a fun, free way to surround yourself in unforgettable art. 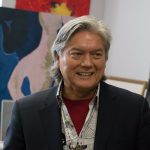 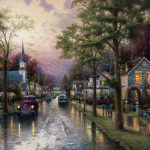