Serving in the military requires sacrifices, including being overseas and away from family during the holidays. Park West Gallery recognizes these sacrifices, which is why its staff came together to send some love to troops.

Troops Need Love Too is a 100-percent volunteer-driven organization whose mission is to raise public awareness and appreciation of our troops overseas. The organization coordinates collection drives across Michigan, encouraging the donation of food, hygiene and other items to be sent to troops. During the month of November, Park West Gallery staff gathered everything from holiday treats and non-perishable food to clothing, playing cards, puzzles, games and more. On November 29 (known as Giving Tuesday), staff members held a packing party at the Southfield, Michigan gallery to put together Christmas Care Packages.

In all, Park West Gallery filled 29 packages that will be sent overseas in priority mailing boxes. The packages will be shipped out in a week’s time so that they arrive just before Christmas.

To learn more about Troops Need Love Too or to donate, visit troopsneedlovetoo.com/donate.

Park West Gallery proudly supports the U.S. military, including its most recent effort of working with Military Makeover® on Lifetime Television® to renovate the home of a military family. Park West Gallery also works with artists such as Michael Godard and Marko Mavrovich who use their talents to support the military and veterans alike. 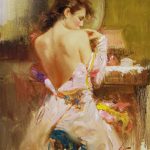 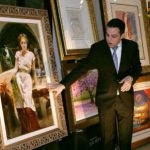