“Rock Star of the Art World” Michael Godard captivates viewers with his animated olives, whimsical grapes, and dancing strawberries. He redefines art with quirky imagery that combines imagination with humor.

Godard’s artwork has been shown and collected all over the world. His artwork is on permanent display in the Officer’s Lounge in the Pentagon and on board every U.S. Navy aircraft carrier. Godard is an active philanthropist and has been honored by St. Jude Children’s Research Hospital for his dedication to fighting childhood cancer. 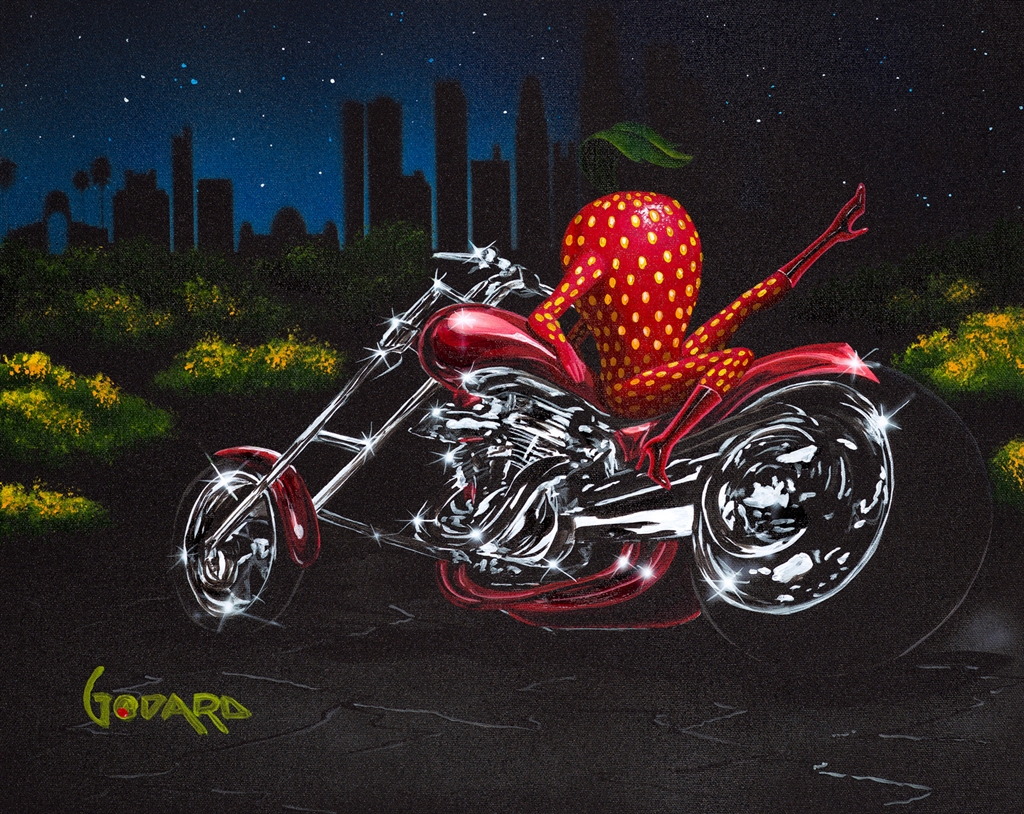 Michael Godard discovered his talent for art at an early age. The young artist used his drawing skills as a way to make new friends. Godard spent most of his high school and college years living in Las Vegas. After attending college in Las Vegas, Godard worked as a mechanical engineer for 12 years before diving into his art career.

“They were also very instrumental in my own daughter’s battle with brain cancer, so they have a very special place in my heart,” Godard says. “All the money in the world cannot bring her back, but the funds I help raise for a cure will help save another child.” 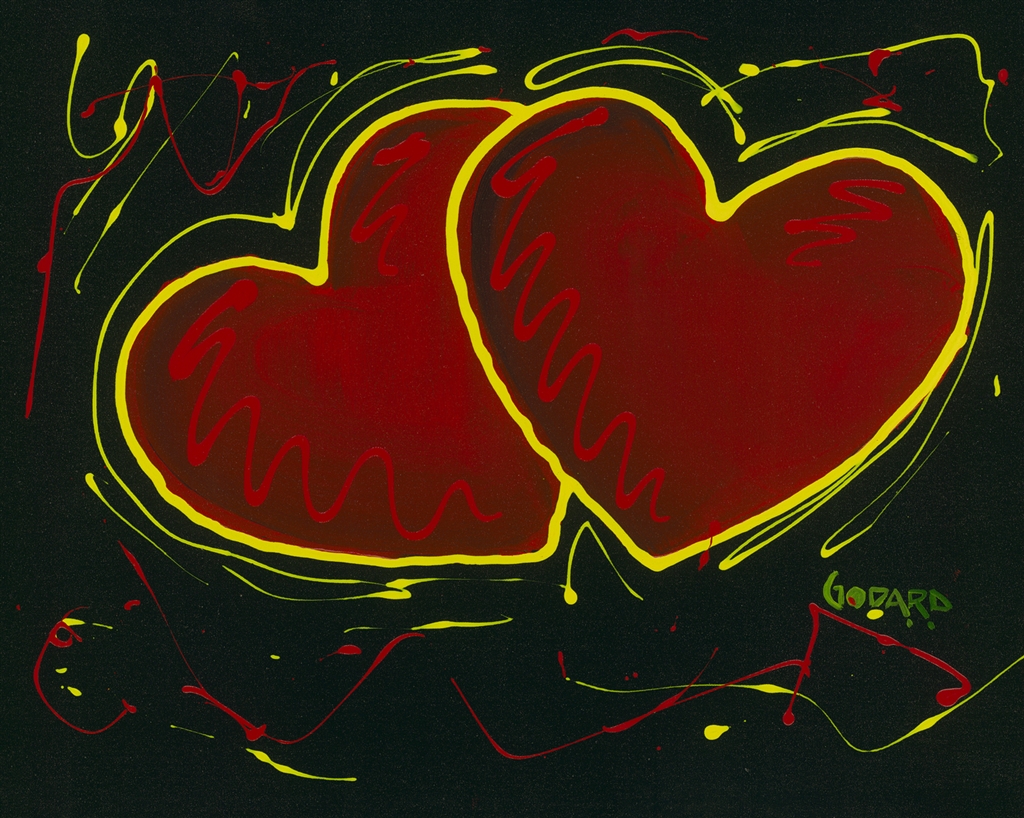 Michael Godard’s spectrum of artwork ranges from highly-detailed paintings to loose, colorful Pop Art. His playful subjects are often portrayed dancing around a cocktail or glass of wine, falling in love, and getting into trouble. Godard acknowledges his brand might not appeal to everyone, but believes humor is a universal language.

“Every painting might not be for every person, but everyone, I think, loves to have a laugh,” Godard says.

Godard invented his signature olive character after a friend requested a painting of a dirty martini for his birthday. Godard painted his friend’s request with a twist and brought a pair of olives to life. While his characters are unconventional, Godard embraces the challenge of giving personalities to inanimate objects. 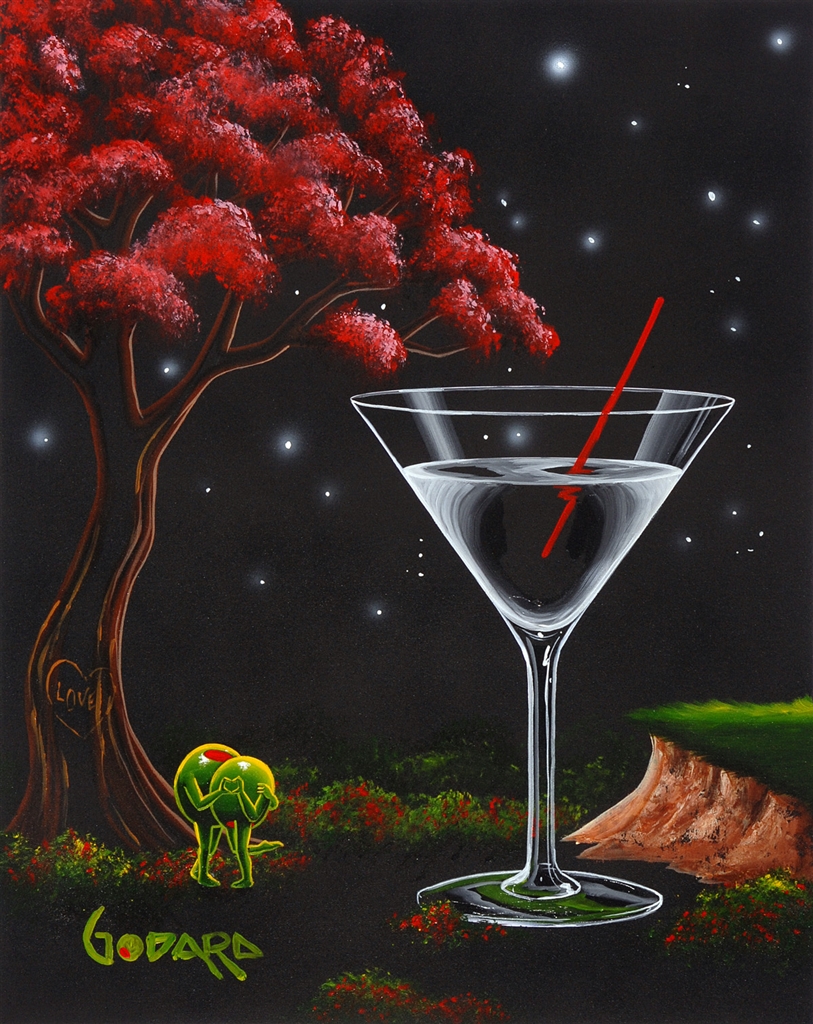 Although Godard’s whimsical paintings are far removed from reality, the artist hides secret ties to the real world within his art. Godard says he’s modeled his silly characters after friends or people he’s met at art auctions. If the viewer looks closely, they’ll also find hidden details like names, dates, or initials scattered throughout Godard’s artwork.

“The paintings are like a humorous, emotional bath,” he says.

Godard’s artwork centers around several themes all pointing back to the artist’s Vegas roots. Many of Godard’s characters are seen playing a round of golf, a nod to Godard’s years of living on Las Vegas golf courses. Godard’s olives are also portrayed gambling—a signature Vegas pastime as well as a tribute to Godard’s love of math.

“I’m fascinated by the statistics and the math behind gambling,” Godard says. “I’m a math geek.” 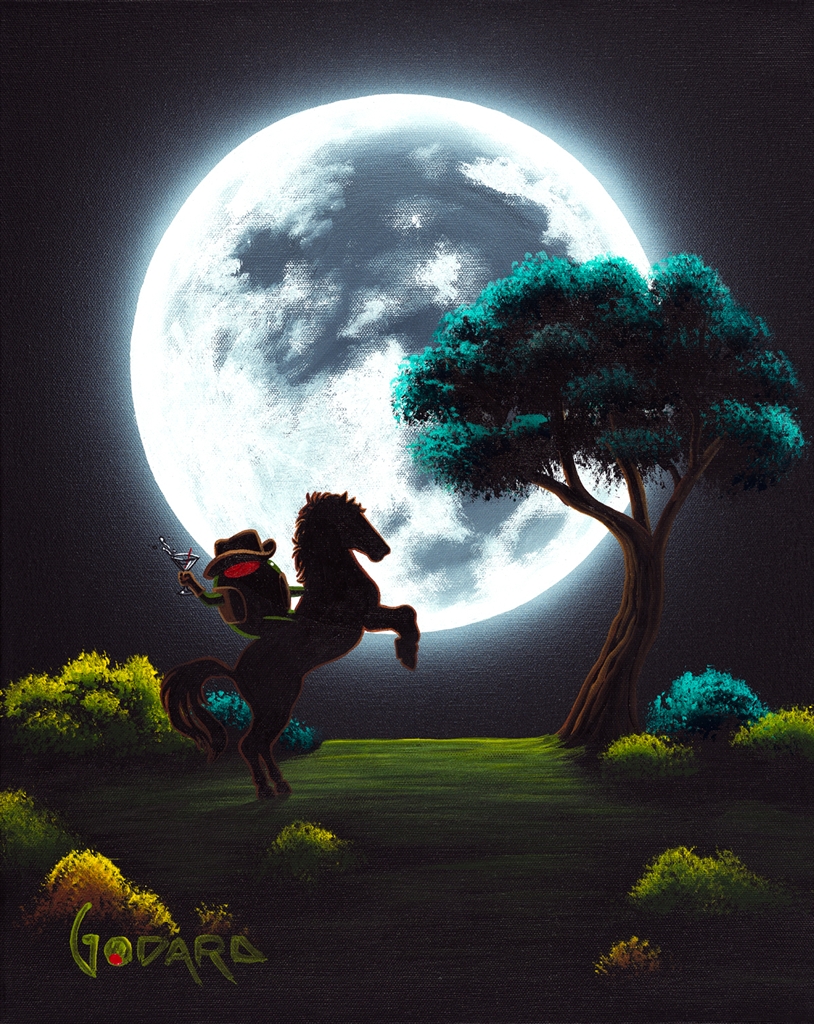 Las Vegas artist Michael Godard knows how to make news. His exhibitions sell out all over the world, he was named the official artist for the Las Vegas Raiders, and, last weekend, he broke [...]

Artist Michael Godard, the man behind those famously precocious olives, is already known as the “Rock Star of the Art World,” but he’s also become a Hall of Famer after signing a [...]