From Sandro Boticelli’s “The Birth of Venus” to Gustav Klimt’s “The Kiss,” romance has inspired artists for centuries. Contemporary artist Michael Godard carries on that tradition, even though he takes a less traditional approach to love stories—he tells them with olives. (Yes, olives.)

Martini olives are the main subjects for many of Godard’s most famous paintings. Often seen golfing, drinking, or even painting, his olives playfully mimic human behavior, so it’s only natural that, eventually, they’d fall in love. 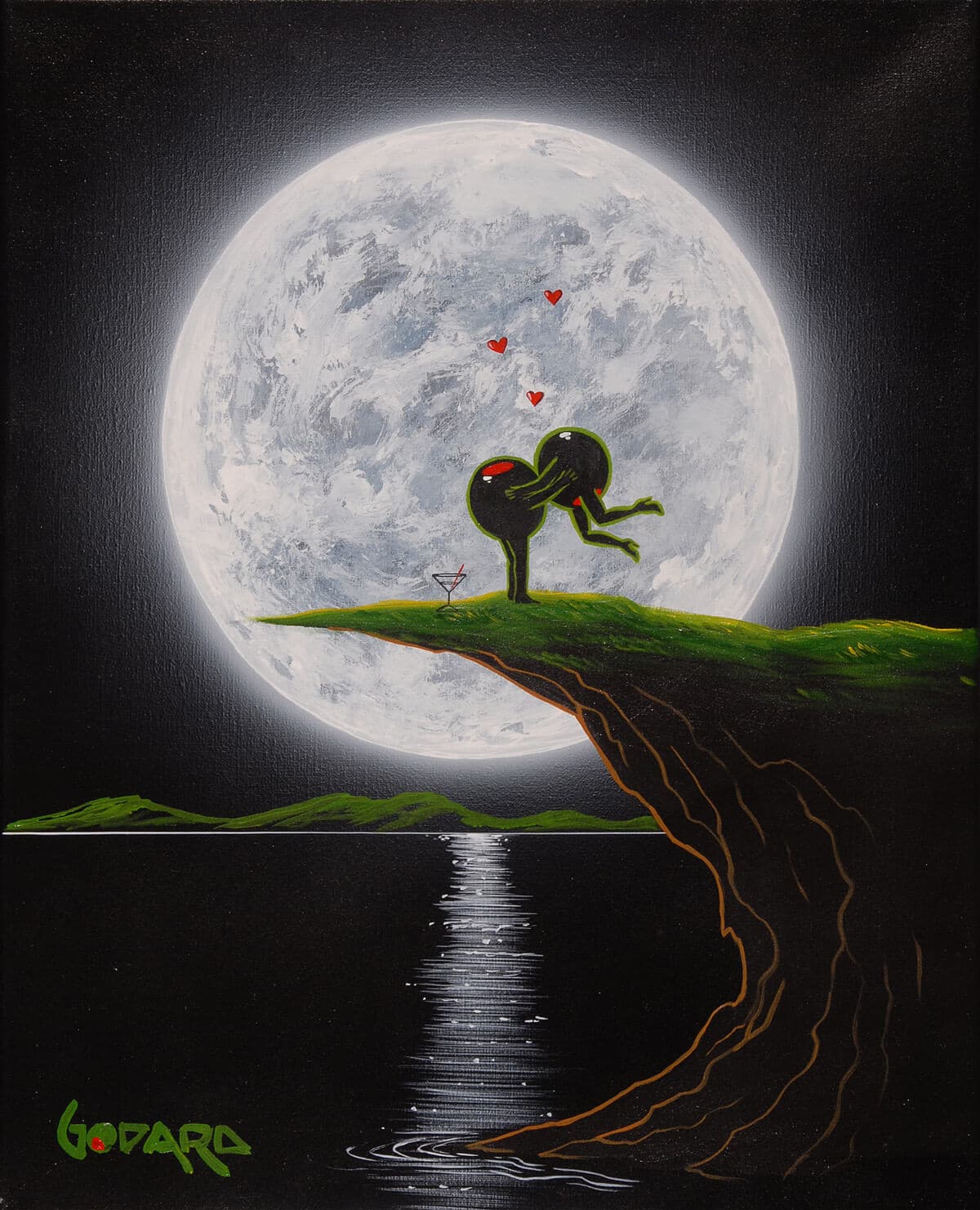 Godard’s olive couples appear very much in love as they kiss, cuddle, and adore each other. But it’s not as easy as it might appear to craft a relatable love story between two inanimate actors.

“One of the challenges I face every time I paint is my little olive characters don’t have faces,” Godard explains. “So, if I want to portray something like an emotion – whether it be happiness, anger, pride, or love — being an exhibitionist, I have to do it through body language.”

Body language plays a massive role in expressing the passion between Godard’s olives, as well as depicting masculinity and femininity. To clearly distinguish the genders of his olives, Godard places male olive pimentos on the top, while female olive pimentos are “strategically placed elsewhere.” 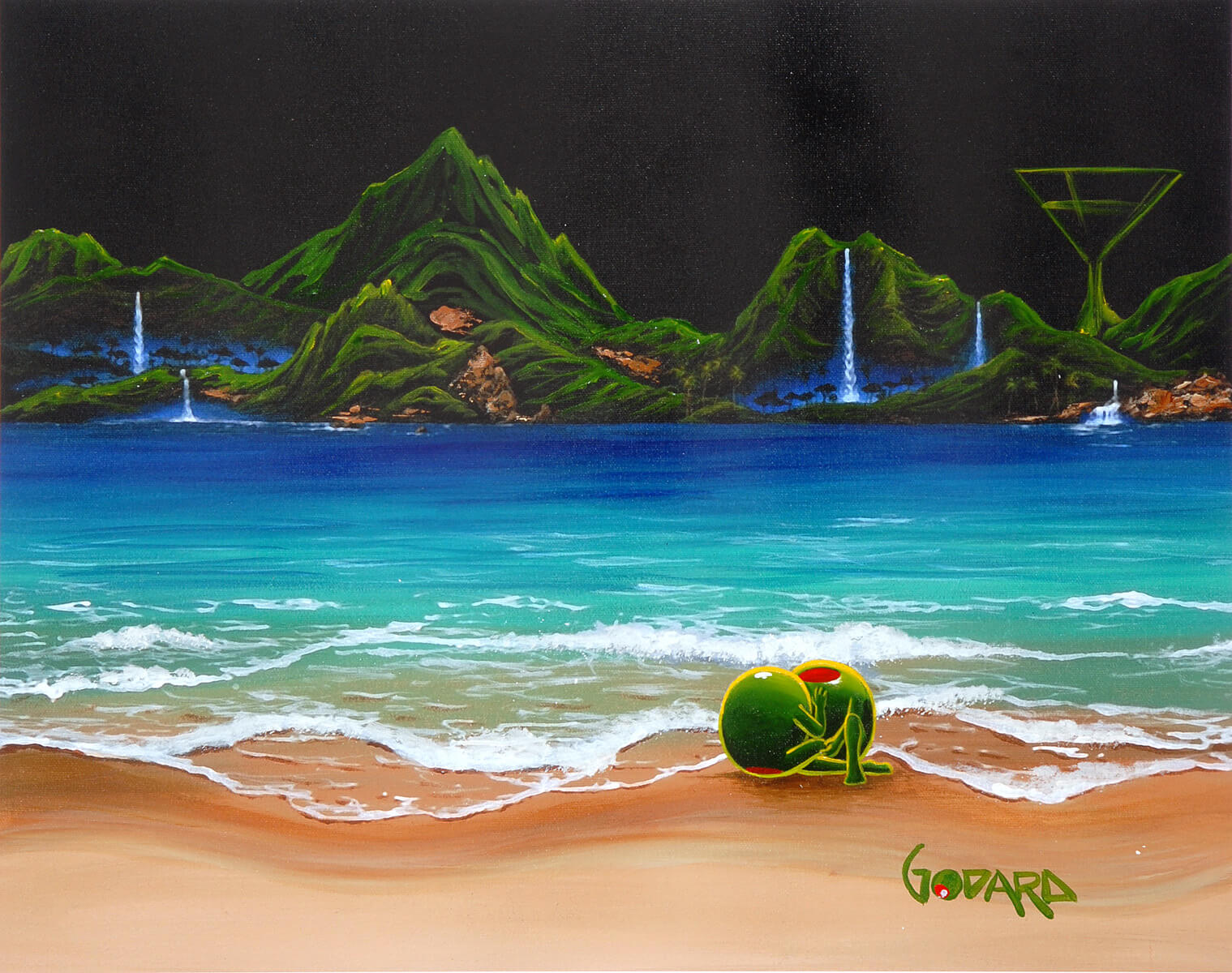 While Godard’s first fascination was animating olives, he has expanded his collection to include personified grapes to appeal to wine enthusiasts. In “Our Love Tree,” one grape is shown carrying the other beside a tall glass of red wine.

Although not an avid drinker himself, Godard says he uses alcohol to connect people with memories in their own lives.

“[Alcohol] is something that we share socially. It’s the drink that calms the nerves on a first date, it’s the glasses of wine we share together with good friends,” Godard says. 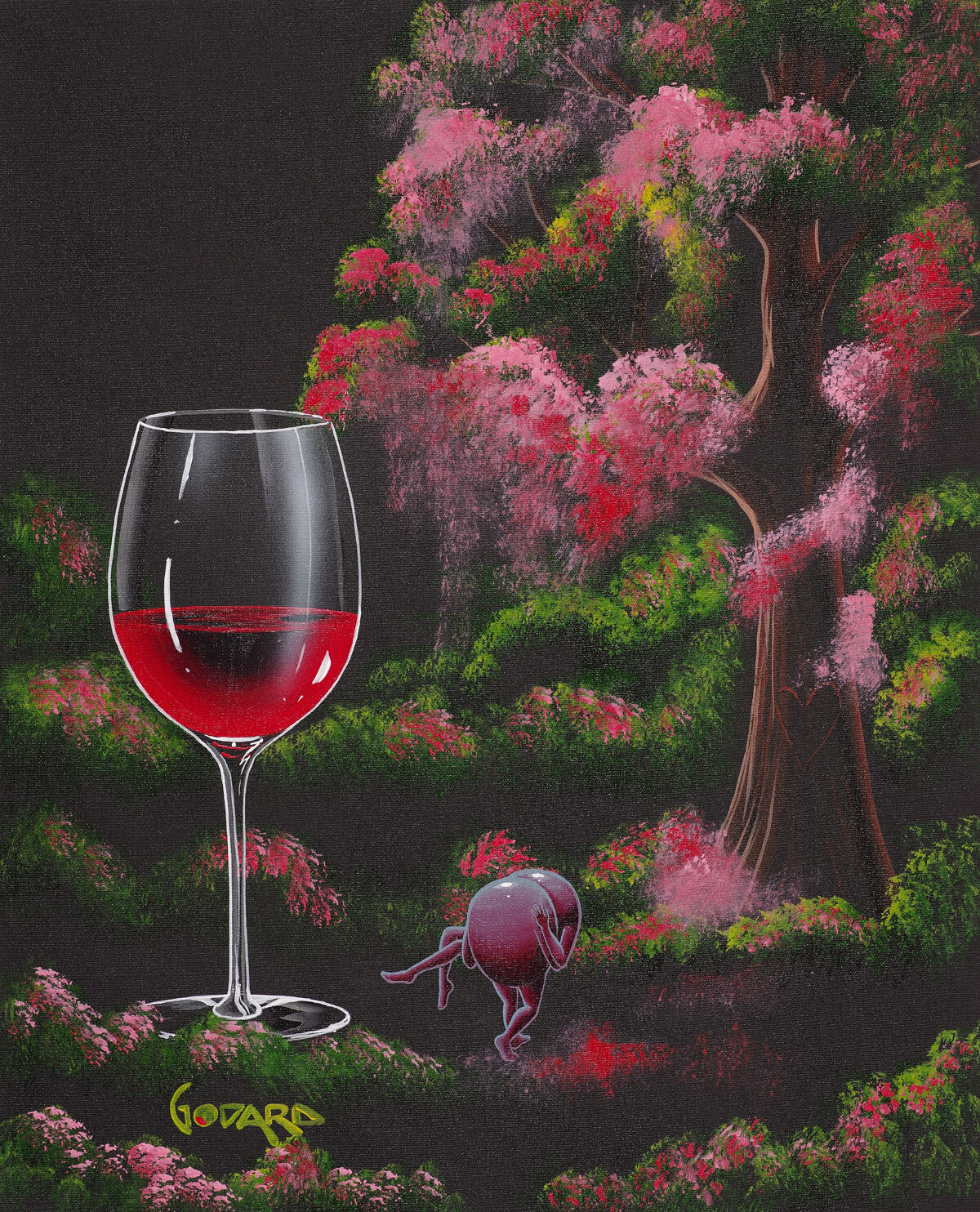 Godard understands his particular aesthetic is not everyone’s cup of tea—or, glass of wine— but, he encourages people to draw their own conclusions about his paintings.

“I don’t think anything has any meaning, you have to give it meaning. That’s what I think paintings do,” Godard says. 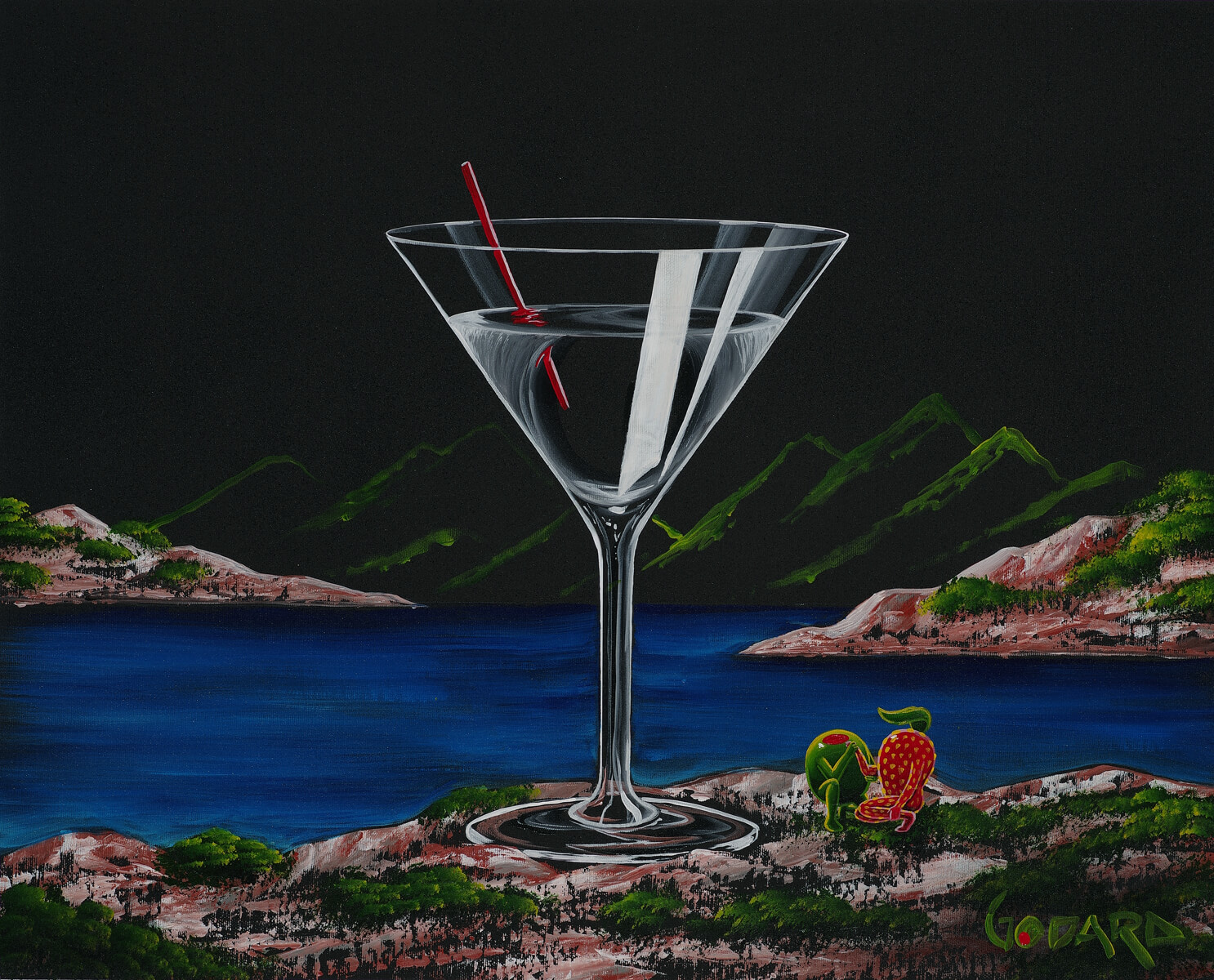 Godard says many couples are drawn to his paintings because they see themselves in the characters. Whether it’s a shared memory or an indescribable likeness, Godard says his artwork often serves as a mirror.

“Maybe the dirty martini was the first drink they ever had with their spouse that they’ve been married to for 25 years,” Godard says.”That’s what I love about it; people give it meaning.” 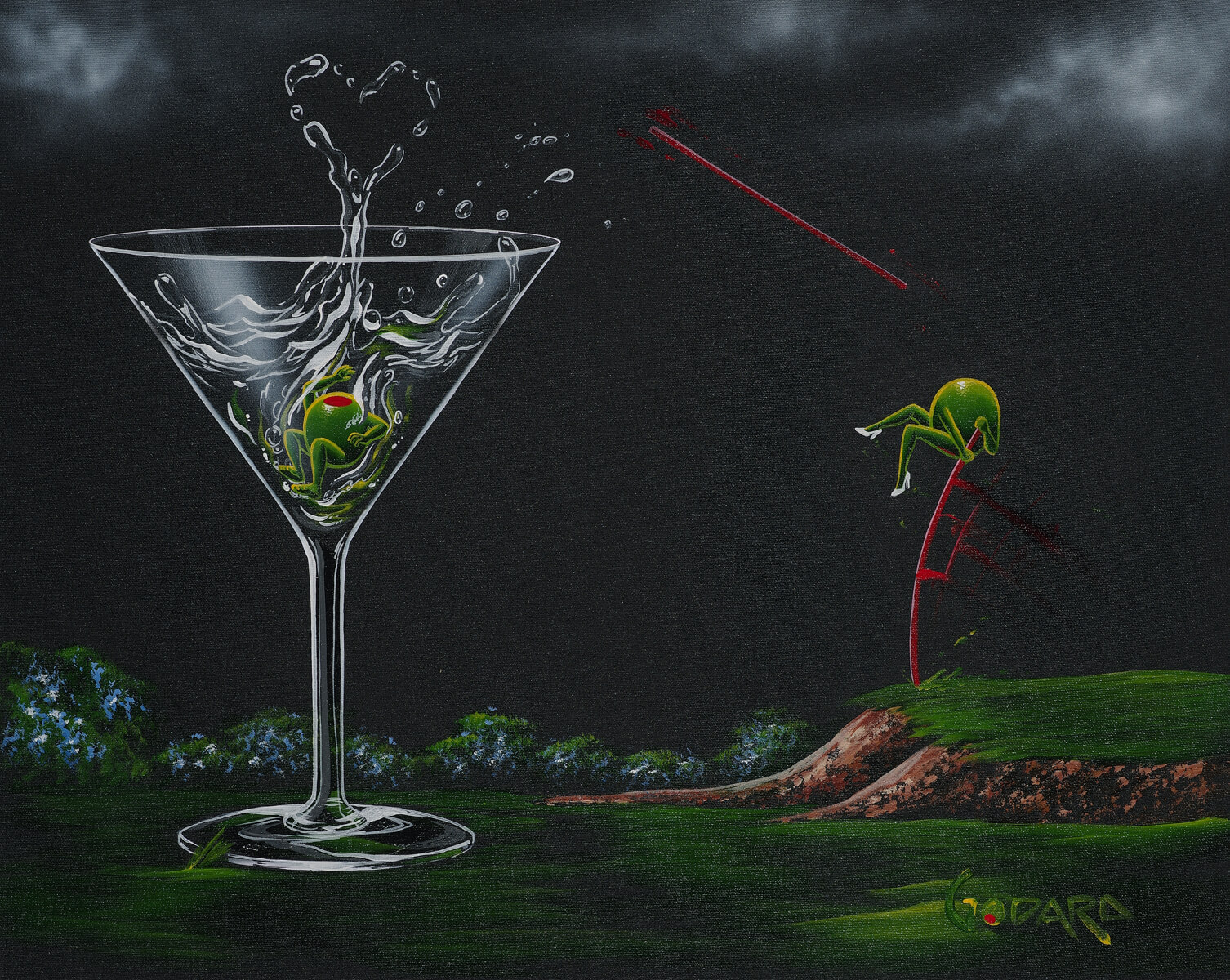 As an artist with Park West Gallery, Godard is always ecstatic to meet his collectors face-to-face during cruises and other special events.

“There’s always a story,” he says. “I always tell people, ‘You better be careful what you share with me because you might end up as a painting of an olive or a strawberry.'”

Interested in collecting the art of Michael Godard? Contact our gallery consultants at (800) 521-9654 ext. 4 during business hours or sales@parkwestgallery.com for more information. 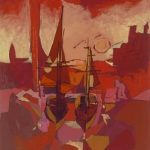 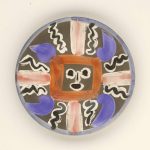