When it comes to bringing the best to its collectors, Park West Gallery reviews artwork from all over the world and is proud to introduce some of its newest artists from Down Under.

Read on to learn more about these six Australian artists and the artwork Park West Gallery is offering from these talented individuals.

Lyn Diefenbach is a self-described “painter of reality” who creates photorealistic floral artwork and portraits that have received multiple awards and recognition.

Diefenbach grew up in Yeppoon in Queensland, Australia surrounded by a family of artists and craftspeople. The encouragement of her family led to her selling her first painting at the age of 12. She took up en plein air painting excursions (the act of painting outdoors) and studied the masters, starting as a landscape painter but drawn to portraiture and figurative subjects. She retains membership in the International Guild of Realism and Master Circle status in the International Association of Pastel Societies.

“My paintings are the public expression of my private meditations, and are an expression of who I am, my sensitivities and spirituality,” she says.

Her awards include first prize in the 2013 International Artist Competition for Flowers and Gardens category. Barry McCann creates artwork involving animated objects with dramatic lighting with a focus on figurative art that has earned him a number of awards.

McCann, raised in Armidale, New South Wales, Australia, had his artistic talent fostered by his family at a young age. He enrolled and graduated from the Canberra School of Arts to further his career. Along with teaching art alongside his wife, Lucy, McCann’s accomplishments include being a finalist for the People’s Choice award at the Manning Art Prize in 2013 and exhibiting at the Australian Watercolour Institute in 2001 and 2003. “The Dilemma of the Templar Quintescence” (2015), Robert Pope

Robert Pope is the director of the Science-Art Research Center in Northern New South Wales, a position befitting of an artist who blends science, history and philosophy into his art.

The Bendigo, Victoria, Australia native dreamed of becoming an artist-philosopher despite an early diagnosis of colorblindness. Actually, he sees colors vividly, and was awarded an artist-in-residency at three major Australian universities. His work has earned him the Dorothy Knox Fellowship for Distinguished Persons at the Dunmore Lang College at Macquarie University, and he has taught science-art philosophy in China.

His artwork draws from multiple cultures, including Egyptian and Islamic, and aims to unite human artistic feelings with emotional science.

“The rapture of watching a beautiful sunset, the emotions of listening to great musical symphonies and mixing colors to express my feelings gave me a sensation of belonging to a creative universe,” he says. Sharam grew up in the Australian bush, but moved to Sydney to study fashion design at Sydney College of the Arts. She worked in the fashion industry and earned a teaching degree before pursuing art as a career. In her first 10 years of painting, she sold more than 500 original works.

She says she has been a fan of colors ever since she was a little girl, going as far as to say she lives, breathes and thinks in color. She says she has been influenced by artists such as Miro, Picasso and Hundertwasser. Sharam considers herself to be very fortunate to be able to love life and loves what she does, and expressing this through her art. Graeme Stevenson invites collectors to bring art into their lives with his colorful wildlife and figurative artwork as well as his famous TV show, “Put Some Colour in Your Life,” which spotlights artists from around Australia and the world. In fact, some of his guests have included artists listed in this article.

His journey into art began with lessons at age 11, though he expressed interest in art as early as age 5. He was fascinated by avian life, breeding Australian parrots, learning falconry and studying taxidermy. This all culminated in an understanding of avian anatomy, and inspired a career as a wildlife artist, photographer, explorer and naturalist.

“I enjoy combining myths, history, natural history as well, archaeology, science, and I look at the world through a lot of those factors and put that into my work as well,” he says.

His works have been featured prominently in U.S. Art Magazine and International Artist Magazine, which referred to Stevenson as a “master artist.” Robert Todonai is a narrative Impressionist, capturing moments in time with his artwork, but is also just as passionate about science-art philosophy.

Todonai was born in Port Augusta, South Australia. He was recognized for his artistic talents and encouraged to pursue drawing and painting by his parents. He joined the artists of the Science-Art Research Center at Berri while studying applied mathematics, and was recognized for his mastery of narrative impressionism, as well as portraits and science- art abstracts.

He has been involved in many art-science publications, and was commissioned by the Bradford Exchange to paint artworks celebrating Australia’s Heroes of Gallipoli and other topics.

“My art tells the story of the moment,” he says. “It’s as fleeting and transitory as a ray of light coming through the clouds in the distance – it’s there for a moment and then it’s gone, but just for that moment your breath is taken away by its beauty.”

Contact our Sales Department for more details on collecting works from these artists. 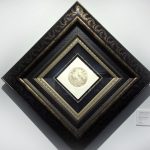 How to Choose the Right Framing for Your ArtArt & Gallery News, Articles 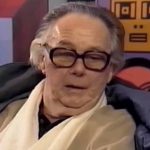