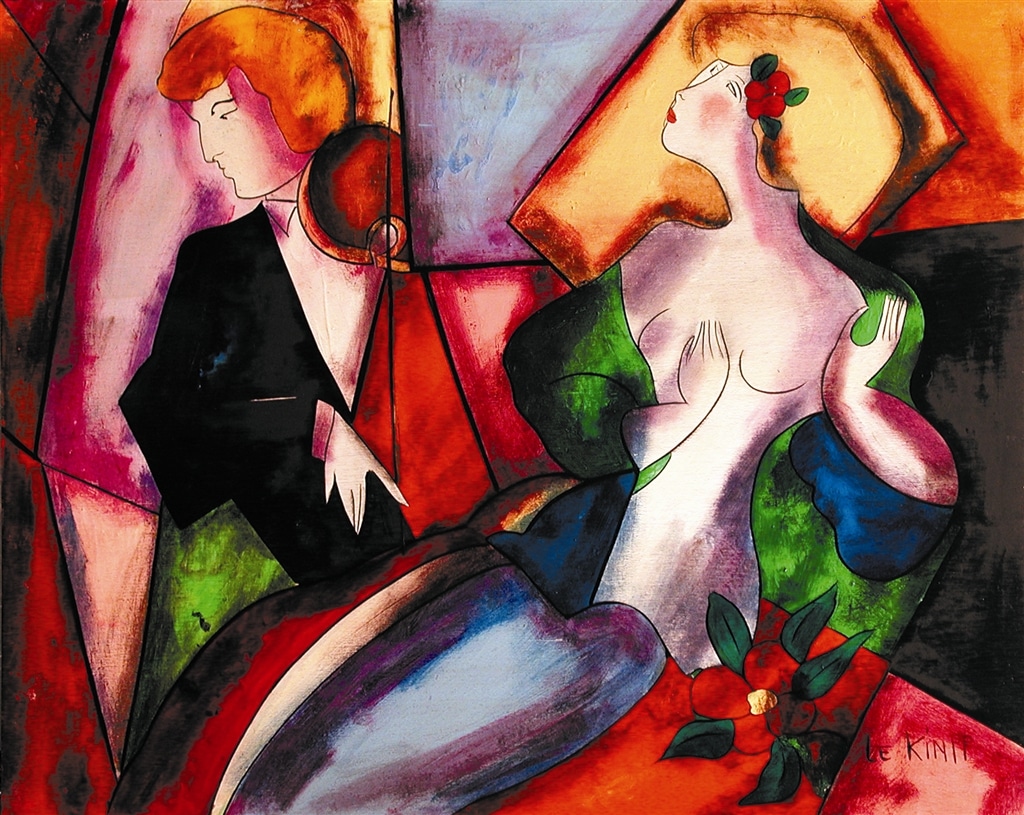 To achieve the exotic, lush and intoxicating imagery of her artwork, Linda Le Kinff has mastered multiple techniques.

Not bound by a limited number of mediums, Le Kinff is an artist who has combined everything from acrylic and casein to ink and watercolor to create her own unique and recognizable artwork. She gives equal status to each medium and technique available to her, and spoke about how she combines both modern and traditional methods to accomplish her one-of-a-kind style.

Painting on Wood and Canvas

On wood, she uses techniques she learned while studying in the 1980s in Florence, such as painting with casein. Casein, with roots dating back to ancient Egypt, is a fast-drying medium with a glue-like consistency utilized by artists. Le Kinff says she only applies it to her wood artwork, mixing the pigments herself and applying multiple coats.

“It is a special technique,” she says. “For me it is very important to know.” 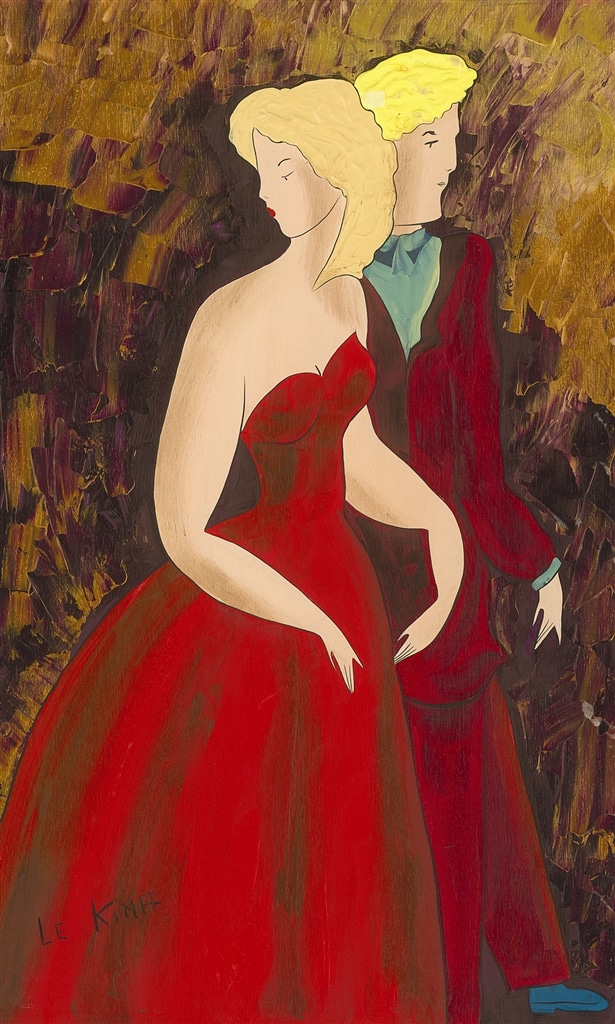 Le Kinff utilizes this technique to her paintings today despite using acrylic, but still maintains a traditional approach of painting on canvas.

For painting, Le Kinff primarily works on wood and canvas. For canvas, she draws upon classical techniques, but experiments with different techniques and materials to gain new textures and breathe life into her images. 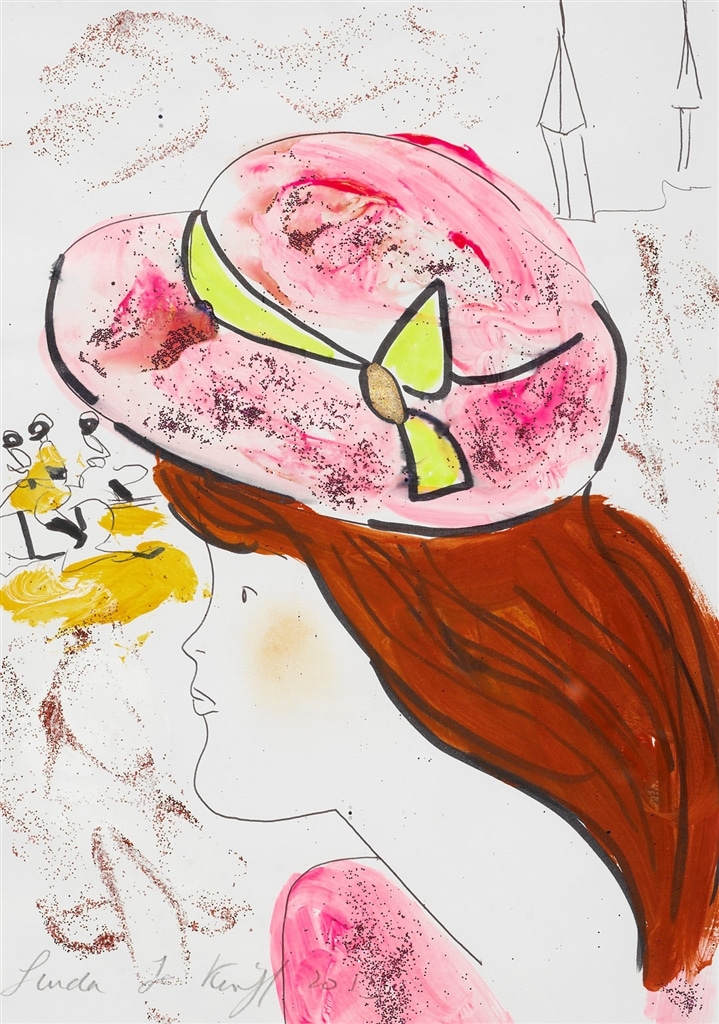 Le Kinff’s drawings are a testament to her studies in the 1960s as a student, using simple linear contours that resemble Matisse or even Aubrey Beardsley.

In addition to her pencil techniques, Le Kinff draws upon sumi technique introduced to her by Okamoto Taro, the “Japanese Picasso.” She says the technique is about letting the mind control the movements, and offers little room for second chances or deletion.

Engraving is a natural choice for Le Kinff, as it can be done with various mediums and manners, including copper, wood, paper and stone. Part of the 12 years she spent studying in Italy were dedicated to this technique.

“It requires patience and perseverance,” she says of engraving. 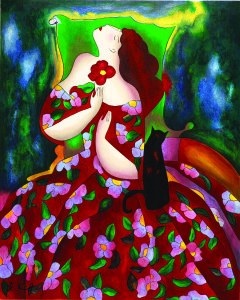 Le Kinff first learned the art of lithography in 1975, when she met artists Brayer, Cornielle and Lapique. This came in handy when she met with Sir Myles Cook from Christie’s auction house, who was so impressed by her watercolors that in 1977 he commissioned lithographs on paper, launching her career in printmaking.

When she began working with Park West Gallery in the early ‘90s, her skills in printmaking expanded further as she started creating serigraphs.

“It was very modern for my expression,” Le Kinff says of serigraphy.

Serigraphy is considered one of her most important graphic mediums, as the paint-like quality of serigraphy lends itself to creating editions of her paintings as opposed to her watercolors. In addition, she is known for tinkering with the ink in serigraphs to better match the colors in her painting studies.

The One Technique Above Them All 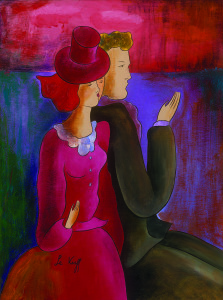 Linda Le Kinff continually seeks new techniques, having even incorporated elements of collage into her works, which she views as an exercise in imagination and creativity. However, in the way that it is easy to recognize artwork by Picasso without having to see the signature, Le Kinff says her most important technique isn’t about the materials or medium.

“More important, for me, is the line,” she says. “When you begin a painting you begin with the line, and after you put on the color and material and varnish, more important is the line because the line is the signature of the artist.”

If you’re interested in collecting works by Linda Le Kinff, contact our gallery consultants at 1-800-521-9654, ext. 4 or at sales@parkwestgallery.com. 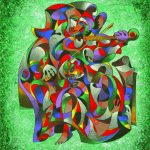 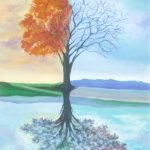