Having created official artwork for the World Cup and the Kentucky Derby, Park West artist Linda Le Kinff can now add exhibiting her art at the Carrousel du Louvre in Paris to her accomplishments.

Le Kinff displayed 50 original works during an exhibition held Dec. 17-21 at the Carrousel du Louvre. The exhibition was planned to celebrate the 300th anniversary of King Louis XIV (1643-1715) and Versailles.

The Carrousel du Louvre is an underground shopping mall in Paris that includes an exhibition hall. The name refers to the nearby Louvre museum and the Place du Carrousel, with the Carrousel containing one of the few entrances to the famous museum. The Louvre later become a museum to display the nation’s masterpieces during the French Revolution, and nowadays has more than 380,000 objects and is the world’s most visited museum.

“As an artist, I was glad and honored to see my work exposed in a prestigious place full of history,” Le Kinff says. “This kind of event stimulates my imagination and creativity, it is of great help for my future productions.”

Le Kinff, who was born in Paris, has been an artist since the age of 20. She has studied various techniques around the world, including lithography, painting on wood paneling and engraving. Her accomplishments as an artist include being the official artist for the World Cup in 1998, participating in the “Exposition of Prestige” in 2002 organized by the Ambassador of France in Japan, and in 2010 was the artist of the Kentucky Derby. 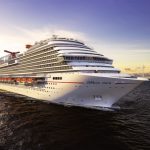 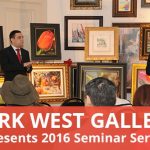