Know Your Art – Mediums and Techniques

Art – you either get it, or you don’t, right? There is no in-between. You’re either gifted with the know-how of all things higher and nobler or you’re a skeptic forever, right?

At Park West Gallery, our aim is to make art accessible from the beginning, providing a space and dialogue that enriches collectors uniquely. In this article, you’ll learn about some of the most common mediums and techniques utilized by our family of artists, the characteristics of each, as well as famous artistic innovators who heightened their creative possibilities. Capable of capturing even the most nuanced details shadowed amidst light and dark, oil is the paint of history. Oil paint is made with natural pigments, linseed oil and turpentine, making it recognizable in sight and smell. The main downside is that it can take up to nine months to dry completely and even years for heavy impasto (texture).

Oil paint usage can be traced back in origin to the 5th century in Asia, broadening the scale of its beauty when introduced to European traders in the 15th century. The Old Masters like Leonardo da Vinci, Rembrandt van Rijn and Francisco Goya used oil as a tool to evoke sentiments of agony, ecstasy and poetry.  Modern artists seeking color saturation, versatility and subtle illumination, prefer to use oil paint. These include Park West Gallery artists Duaiv, Csaba Markus, Emile Bellet, Maya Green, Slava Ilyavev, Michael Milkin, and Hua Chen. Watercolor was initially developed in Asia during the 8th century to be laid on fine silks and woven paper. The paints slowly made their way to Byzantium and Europe in the 14th century, placing its aesthetic hold onto illuminated manuscripts, and later rendered itself to the gossamer aesthetic of the French Impressionists.

Watercolor paint uses ground pigments mixed with water-soluble binders. Watercolor painting lends itself to a gradient of tonal hues that can imitate the washes of sky and sea, but it is considered one of the most difficult mediums to master, as it doesn’t lend itself to correction after application. Many consider Itzchak Tarkay (1935-2012) to be an especially gifted watercolorist who awed viewers with his technique. Made commercially available only as recent as the 1950s, acrylic is paint that binds its pigment with a synthetic resin. Acrylics are water soluble during application, yet water-resistant when dry, making them easy to blend and fast-drying.

Unlike its oil-infused predecessor, acrylic paint emerged in the era of advertising, graphic design and glossy, cosmopolitan editorials. Therefore, by association, acrylic paints are vibrantly hued, eye-catching and possess an advertent pop of bright ceruleans and magentas. No surprise that creators of pop art like Peter Max, Simon Bull, Romero Britto and Andy Warhol brought acrylic paint into celebrity. Giclée (pronounced gee-clay) printing is the art medium of “now,” fusing together traditions of realism and digital innovation.  A French term, translating into “the spraying of ink,” giclées aren’t simply printed reproductions; rather, they’re the result of obsessive digital fine-tuning and modification, and are able to capture great photorealistic detail. The process begins with a high resolution photograph of the artwork being translated into giclée form. The image is then scanned, turned into a digital source file, color corrected, printed, revised, reprinted – and subject to constant adjustment until the artist is satisfied with the printed product. Dye sublimation is one of Park West Gallery’s latest and most innovative mediums. Dye sublimation is the digital printing process that transfers imagery onto materials such as metal, glass and plastic. The concept is based on sublimation, which is when a substance changes from a solid to a gas without becoming a liquid. The original image is rendered into a digital matrix, or map, and from there the artist has complete control over how the colors will appear on the final work of art. Lastly, the mapped image is printed onto transfer paper using dye-based inks, and then transferred onto a specially coated aluminum plate with heat and pressure. Lithography, or “stone writing,” is a printmaking process where images are inked and pressed on slabs of stone. Lithography was heavily utilized by 19th and 20th century artists like Henri de Toulouse-Lautrec, Marc Chagall and Marcel Mouly. Revered for its capability to produce atmospheric, delicate colors and soft tonalities, lithography lends itself to a painterly aesthetic.

Based on the antipathy of water and oil, the lithographic process begins by drawing an image, in reverse, on a stone using a greasy crayon or liquid form called a tusche. The stone is treated with water, which adheres to all areas except those drawn with the crayon. Lastly, a layer of ink is rolled onto the stone, which is repelled by the water and sticks only to the greasy drawn or painted areas. Paper is then placed on the surface and pressed, transferring the ink to paper. This process must be completed separately for each color on each example. In fact, it can take months to finish an edition of lithographs. From applying images to T-Shirts, stenciling holiday cards or even airbrushing, we’ve all dabbled in serigraphy, or its common iteration, screen printing. Don’t let this familiarity trick you, however, as fine art serigraphy is a time-consuming and physically demanding medium.

In serigraphy, stencils are adhered to a porous polymer screen and tightly stretched around a frame. Paper is then placed under the screen, and ink is applied to the top of the screen and layered across the entire surface with the aid of a squeegee. Like lithography, a separate stencil or matrix is created for each color, which requires a patient and precise eye.  Serigraphy creates images of striking texture, decisive lines and sharp colors. Artists like Erte, Tarkay and Yaacov Agam are among the innovators of the medium. As the name suggests, serio-lithography is a hybrid medium, incorporating characteristics of both serigraphy and lithography. Artworks that utilize this technique are initially inked and pressed on a lithography plate and then enhanced with one or more serigraphic screens. By combining these two graphic techniques, serio-lithographs are appreciated for their vivid colors, tonal depth, and texture. Etching is a laborious and painstakingly detail-oriented medium. Old masters such as Rembrandt van Rijn and Francisco Goya heavily utilized the medium to achieve awe-inspiring images.

Creating an etching begins with covering a metal plate with an acid-resistant ground. The image being printed is then scratched into the ground with a fine tool, exposing the metal plate beneath. The plate is then submerged into an acid bath, burning away at the exposed metal – the longer the plate is submerged, the deeper the impressed lines became. Once removed from the bath, the plate is inked, the surface is cleaned so that ink is only residing in the incisions and moistened paper is pressed into the paper, extracting the ink and creating the mirror image of the composition.

Fun Fact: Though most commonly recognized for his achievements in painting, historical records indicate that Rembrandt carried and scratched on an etching plate like one would casually doodle in a sketch pad! Engraving, like etching, requires a patient hand and keen eye for detail. However, unlike etching, engraving uses cutting tools to incise lines directly into the surface of a metal plate – no acids are employed or grounds used to treat the plate. This means a precise technique is needed to print a successful impression. The plate is then inked and pressed against paper, to create a mirrored version of the engraving. Albrecht Durer preferred the technique, creating some of the most intricate engravings of all time. Relief printing is done as you would imagine pressing a rubber stamp, however, the process for creating a relief matrix is comprehensive and requires a clean design. Relief techniques are essentially the opposite of the intaglio techniques described previously, which mean that the image’s negative areas are cut away with a knife or chisel, leaving the image to reside on the surface level once inked. Like many forms of printing, the final image is the reverse image of the matrix. Examples of relief techniques include wood cuts and linocuts, where the relief is chiseled onto a block of wood in the former and a sheet of linoleum in the latter. 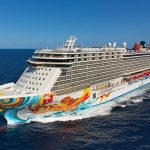 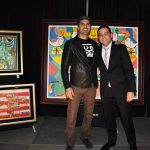