Yuval Wolfson reflects on emotion, consciousness, and time through his unique artistic perspective.

With an ability to subtly portray light and explore humanity through non-human motifs, Wolfson’s art has become a favorite among collectors around the world.

Wolfson was born in Petah Tikva, Israel in 1966. He spent much of his childhood with his grandfather, award-winning poet Y.Z. Shargel. It was through his interactions with his grandfather and his creative friends that Wolfson became interested in the art world.

He began painting as early as age 5, often during school lessons (to the dismay of his teachers). He continued to explore his artistic talents in high school, painting murals on school walls.

“I started painting at an early age when I was a little kid, like everyone paints, I just didn’t stop from there,” Wolfson says.

When he wasn’t painting, he often read encyclopedias to learn about astronomy, astrophysics, and other sciences. At age 18, he joined Israel’s Air Force with the dream of becoming an astronaut. After 10 days he decided to quit and pursue the path of an artist. 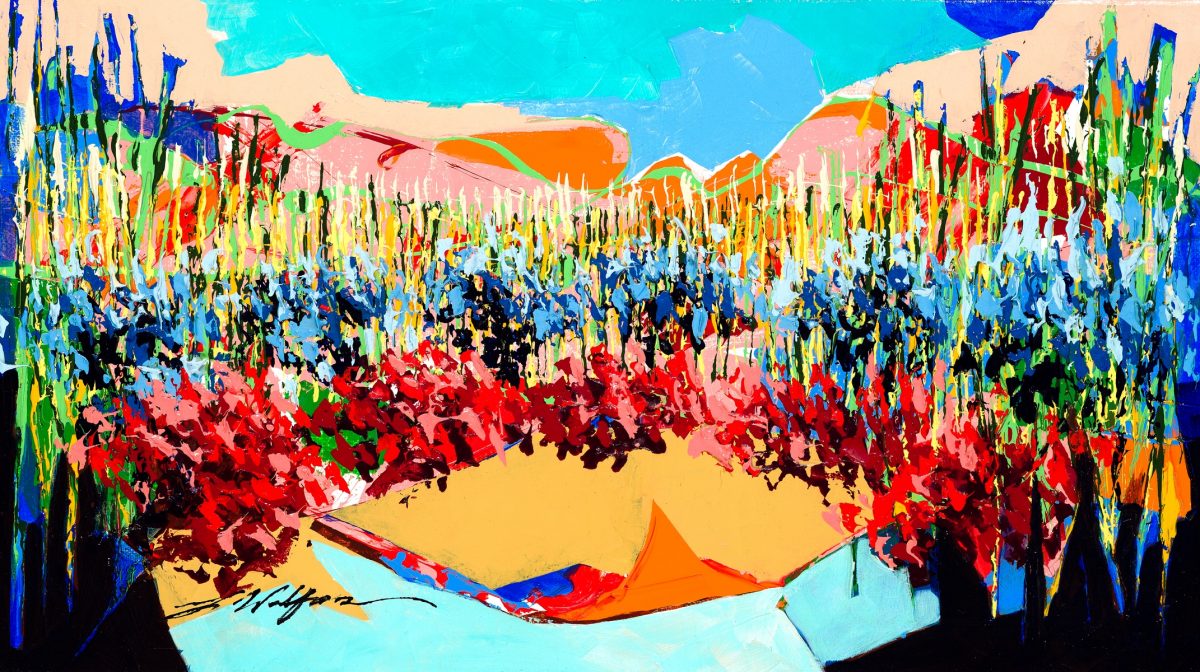 Wolfson earned a scholarship from the Tel Aviv Museum of Art and attended the prestigious Avni Institute of Art and Design in Tel Aviv.

Wolfson studied painting at the institute, but left a year later to study directly under his teacher, Naftali Golomb, for several years. Wolfson preferred this method of learning over formal study because he could focus on honing his technique.

“I just wanted to be free, to be in my studio and paint my paintings,” Wolfson says.

Wolfson had planned on moving to Paris to study under Israeli painter Mordecai Ardon, but instead maintained his independence from the art world by opening a painting atelier. Wolfson dove into the world of printmaking, working under other artists to help create editioned works, including Itzchak Tarkay.

Wolfson met the legendary artist at the age of 21. Soon after they began working together they formed a friendship that ultimately led to Tarkay mentoring Wolfson. They ended up sharing studio space in the same building for many years.

Wolfson held his first solo exhibition in Norway, titled “Monet’s Garden.” Inspired by the paintings of famed Impressionist Claude Monet, Wolfson depicted the same flower in 24 separate paintings, each one filtered through a different hour of the day. The subtle changes in hue and light showcased Wolfson’s artistic talents and earned him recognition in both Europe and the United States.

Wolfson and his family currently reside in Hollywood, Florida.

Wolfson paints in an expressionist and abstract style. His geometric shapes and patterns are broken and pieced together at colliding angles, honing the characteristics traditionally associated with Cubism.

This analytic approach is further defined by Wolfson’s concentration on light and the passage of time. Through gentle and sensitive brushstrokes, Wolfson is able to effortlessly portray changing seasons and the subtleties of light. 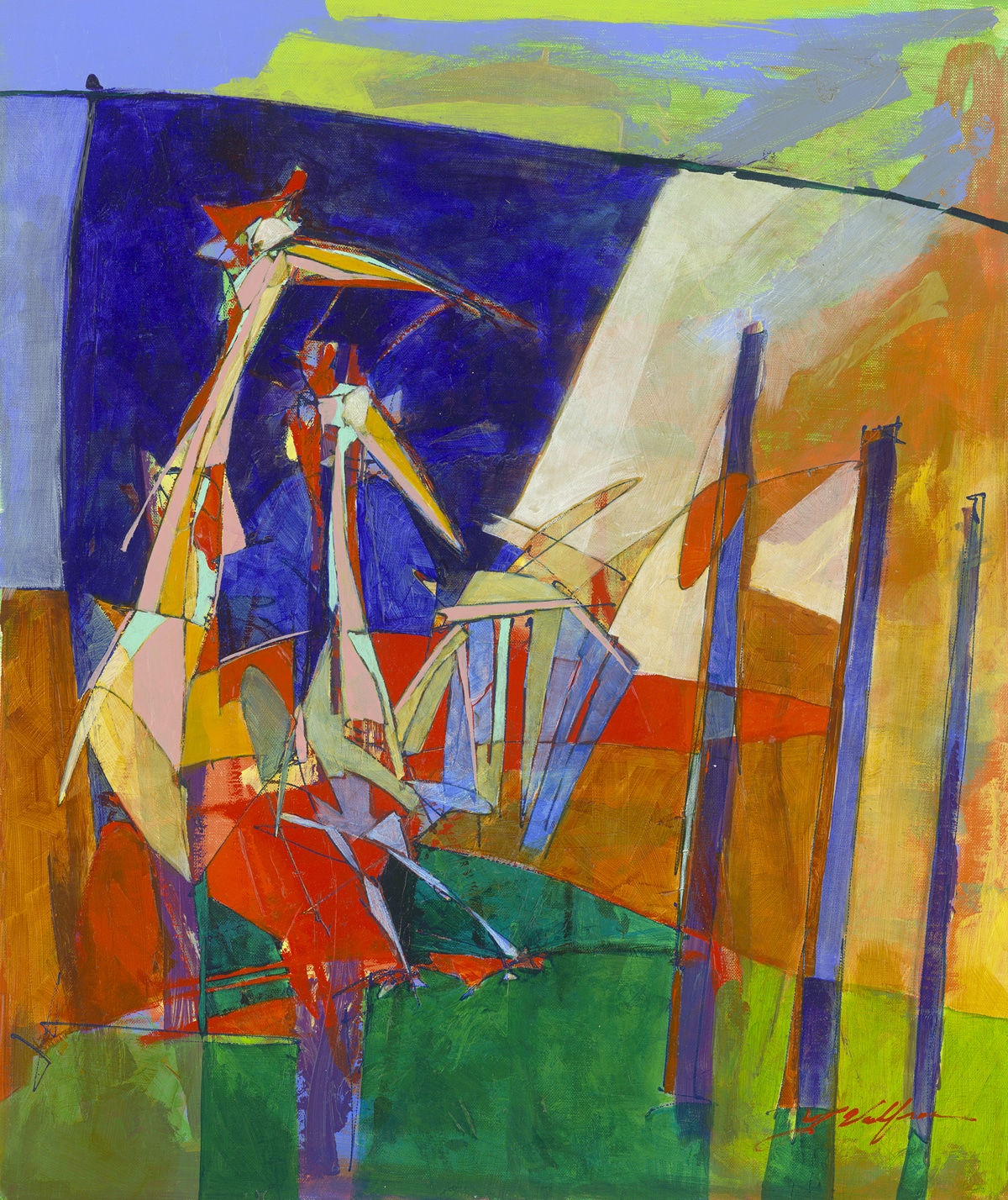 Wolfson does not intentionally seek to be influenced by other artists, but it does occur, noting that his style will change for months on end if he simply enters a museum. Despite this, some artists have had such an impact on Wolfson that they helped define his art style.

For instance, Wolfson exclusively painted in black and white when he started his art career. Looking back on this early stage, Wolfson says it was informed by a youthful, more dramatic outlook on the world. That all changed when he turned 18 and viewed Monet’s art for the first time.

“The first time I saw Monet’s works I didn’t relate to them, I didn’t love them too much because it was too much color, too much happiness for me,” Wolfson says. “When I started looking again, I started loving Monet. When I painted, I used more colors, and realized it’s still very dramatic.” 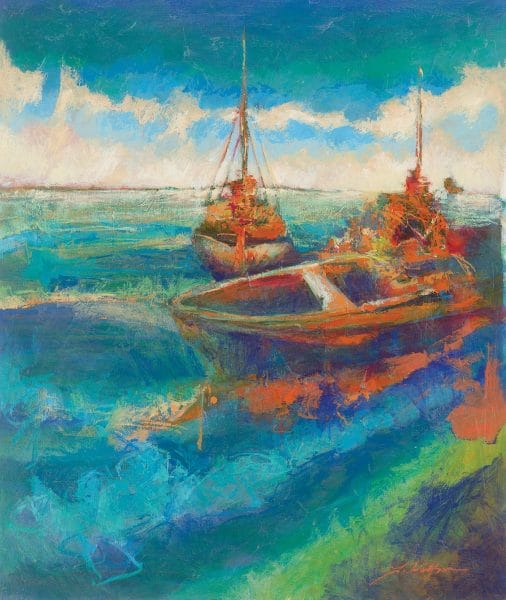 “[Tarkay] would talk about my paintings and himself, and he would tell me difficult stories of his childhood, and it influenced my art,” Wolfson says.

Wolfson’s technique has continued to transform throughout his career. Today, he prefers using broader brushstrokes and a vivid color palette while exploring more dramatic themes. Wolfson believes that this artistic evolution is a result of his changing viewpoint.

Wolfson never considers a painting complete. Instead, he expects his viewers to complete each artwork with a personal association, memory, or feeling.

Wolfson’s favorite subjects to paint are animals, landscapes, and automobiles. Wolfson uses these motifs to express human emotions and relationships without resorting to traditional portraiture. 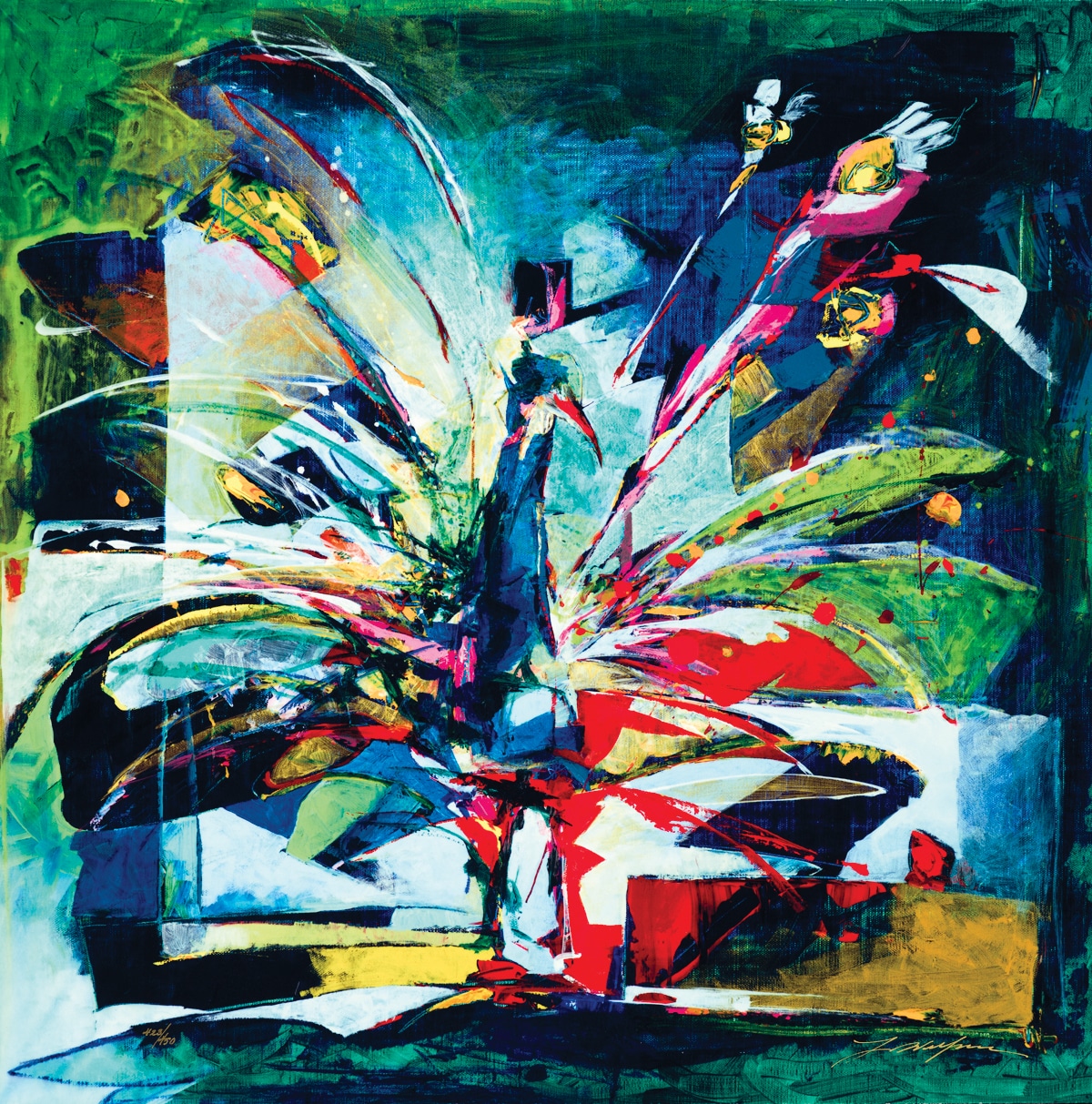 This theme often emerges through the depiction of peacocks. While living on a farm in Israel, Wolfson found himself reflecting on love and romance while watching peacocks interact with one another. Years later, these memories would resurface when he challenged himself to paint as much as he could in the time he could hold his breath. The first time he attempted this exercise, he realized he had depicted a pair of peacocks. 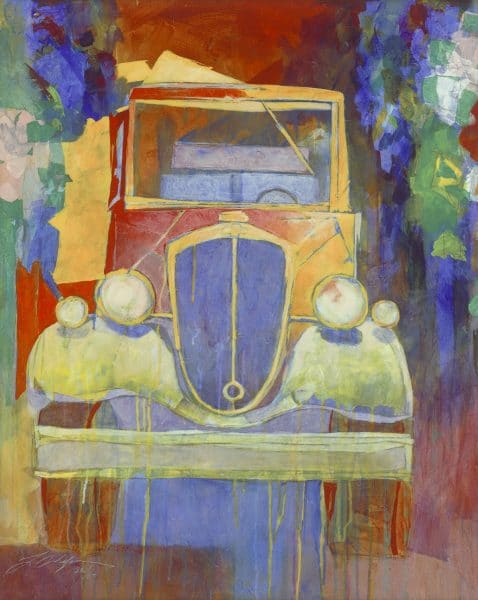 Automobiles are also a form of portraiture for Wolfson. He began painting trucks in 1988, and views each iteration as a “portrait” of the same truck to symbolize how people change over the years. Since then, he has expanded to include other types of vehicles. Ever the introspective artist, Wolfson considers his automobiles to be self-portraits.

By consistently exploring the same motifs, Wolfson is able to refine, rework, and explore his craft.

In this dramatic video, Israeli artist Yuval Wolfson explains how he uses the internal life of his viewers to ensure that his artwork never stops evolving.

Emerging alongside the artistic renaissance of his native country, Israeli artist Yuval Wolfson possesses both the technical edge of a printmaker and the virtue of a painter. As a result, Wolfson [...]