The art of Tomasz Rut captures the beautiful acts and emotions of mankind with god-like figures that could have descended from Mt. Olympus.

As it turns out, the real reasons behind Rut’s style is not that far off.

With the 2016 Summer Olympics in full swing, the greatest athletes have come together to compete for the gold. These elite athletes reflect what humans can achieve and serve as inspirations to the rest of the world. For Rut, these athletes – and one in particular – serve as inspiration for the figures in his paintings.

Rut’s father was Tadeusz Rut, a Polish athlete who competed in the 1956, 1960 and 1964 Olympics in the hammer throw. Among his accomplishments were winning the bronze medal in the 1960 Olympics in Rome, finishing in 17th place in the discus throw in 1956 and serving as the Olympic flag bearer for Poland in 1956.

“My father often took me with him to the games and his trainings when I was a kid,” says Tomasz.

As the child of an Olympian, Tomasz was exposed to the many athletes who inspire culture and define the limits of human achievement.

To pay tribute to Olympian athletes as well as his father, Rut created artwork commemorating the 2012 Olympics as well as a portrait of his father in action. Rut’s mother wasn’t an Olympian, but played just as significant of a role in developing his style. As a painter trained at the Academy of Fine Arts in Warsaw, she introduced Rut to the Pompeian frescos and the history of the Renaissance and Baroque periods. Today, the influences of Rubens, Caravaggio and Michelangelo are still observed in Rut’s works.

Rut also cites a trip to Pompeii as a contributor to his style. He said he had a revelation while observing the frescoes and ruins, finding beauty in their faded and damaged states.

“What really stuck me when I had that first vision in Pompeii was these Pompeian murals that were decayed and damaged and showing all these physical forces that have exerted so much stress on them,” he says. “They were actually more dramatic, I think, than if I saw them brand new in first-century A.D.” He soon after incorporated an aged, cracked appearance to his canvases, which incorporated his conservation training and master’s degree in art conservation he received from the Academy of Fine Arts in Warsaw, his mother’s alma mater.

“Without my training in conversation, I wouldn’t possibly be able to see what I saw in Pompeii and to see that it fits in very nicely with what I want to broadcast as my message in my artwork,” he says.

To view and collect the classical style of Rut, be sure to view Park West Gallery’s Tomasz Rut collection. 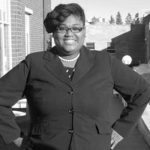 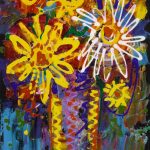