Be a part of history as Autumn de Forest heads to Youngstown, Ohio in October to celebrate her record-setting museum exhibition.

The 14-year-old art prodigy will return to the Butler Institute of American Art as part of a closing ceremony for her exhibition, “Autumn de Forest: The Tradition Continues,” with special appearances on Oct. 13 and 14.

Autumn, who has painted since “her late 5s,” became the youngest artist in history with a solo museum exhibition at the Butler when she opened her show on April 9-10. At the opening, she inspired audience members of all ages with a demonstration of not only her techniques, but her grace and humility.

On Oct. 13, Autumn will once again inspire others as she leads school tours and speak about the collection for students of all grades. On the following day, Oct. 14, she will hold classes with students to give them a hands-on lesson in creating self-portraits.

Thanks to the show’s popularity and success, the Butler extended the exhibition with an official closing date set for Oct. 16. Autumn previously appeared at the museum on May 18 and 19 in honor of International Museum Day, emphasizing the importance of facilities like the Butler Institute. The Butler Institute of American Art was founded in 1919 and is the first museum dedicated to American art. Autumn’s artwork hangs alongside significant artists such as Norman Rockwell, Andy Warhol and Jackson Pollock.

The museum’s collection is especially important to Autumn, as it contains artwork from her ancestor, George de Forest Brush (1855-1941), an American painter with the Western School of Art. As the exhibition’s title suggests, Autumn’s lineage includes several artists, including Lockwood de Forest (1850-1932), Autumn’s great-great uncle and a painter with the Hudson River School; and Roy de Forest (1930-2007), who helped pioneer the California Abstract Expressionist movement. Autumn’s art freely shifts between abstraction and realism, and often incorporates styles and techniques from well-known artists like Warhol, Georgia O’Keeffe and Grant Wood. Among her accomplishments are earning the International Giuseppe Sciacca Award for Painting and Art from the Vatican in 2015.

The Park West Foundation helped underwrite the exhibition as part of its mission to promote art education and awareness. Autumn’s exhibition is one in a series of exhibitions the foundation has helped sponsor, which also include Yaacov Agam in “The Magic of Yaacov Agam” at the Museum of Geometric and MADI Art from Jan. 28 to April 21 and Peter Max in the Tampa Museum of Art’s “Peter Max: 50 Years of Cosmic Dreaming” exhibition from June 10 to Sept. 11, 2016.

Want to own a work of art by Autumn? View the Park West’s art collection for artwork by Autumn de Forest. 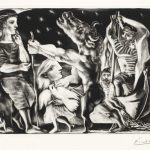 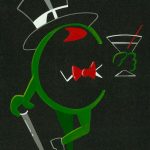