Travis Rizzo, principal auctioneer, is from Sault Ste. Marie, Ontario, Canada. Before becoming an auctioneer, he completed studies in philosophy and psychology at Laurentian University. Liezel van Heerden is from Barberton, South Africa where she enjoyed a career as a realtor. Now, as international art dealers, they have both found the day-to-day excitement they were seeking, as well as each other. Travis and Liezel celebrating their back-to-back birthdays together for the first time. Photo credit: Tavis Rizzo

What do you like most about being an auctioneer?
Travis: I love seeing how happy people are when we help them. Art can be emotional for some people and I have heard so many stories over the years about the lives of clients and who they are all through art. Some of the friendships we have had over the years with the people we have met onboard have been amazing and long lasting. I would not label my career as a job, but rather an experience I will never forget.

Who is your favorite Park West artist and why?
Travis: I would say Linda Le Kinff is my favorite artist in the Park West family. The way that she uses line and the bold colors she creates is special to me. I happen to love Amedeo Modigliani and Le Kinff’s work has aspects of Modigliani in it that I cannot resist. Also, I have collected several artworks by Scott Jacobs, Andrew Bone, Anatole Krasnyansky and Peter Max.

Liezel: My two favorites are Peter Max and Rembrandt. I absolutely love the manner in which Max depicts the Statue of Liberty. While in South Africa, I often heard the saying, “Land of the free, home of the brave,” but at the time the words never really meant anything to me. It was only when I came to the States and experienced the opportunities and freedom of America that his works really started to resonate with me. Then, of course, there’s Rembrandt! I am mesmerized by the technical ability that Rembrandt shows in his etchings. Not only was he a master, but he also managed to capture the emotional aspects of all his subjects.

What is your favorite guest memory?
Liezel: We built a great relationship with a couple, and on the last night found out that it was his birthday. Needless to say, there wasn’t any time to get him something meaningful and special. We thought long and hard, and finally Travis suggested that I give him my Dominic Pangborn pen. When the guest opened his gift he found it rather ironic as he collected pens and had a special cabinet built in his office for his collection. A couple of days later, we received a photograph from him placing the Pangborn pen in his collection.

What has been your favorite port?
Liezel: By far, St. Petersburg, Russia. Travis and I celebrate our birthdays on the 18th and 19th of August. Travis surprised me with tickets to see the Russian ballet. Just when I thought it couldn’t get any better, he arranged for us to be escorted to a world-famous roof top restaurant in St. Petersburg. It was absolutely perfect, almost like a fairy tale, with the sun setting and beautiful ancient cathedrals in the background.

Travis: Liezel and I come from small towns on different sides of the planet. We both found each other through Park West Gallery and have grown with each other. We are at a surreal place right now in our careers. All the hard work that we put into growing and developing has started to pay off. This experience just keeps getting better and I don’t know how we are going to be able to top this at any point in our lives. 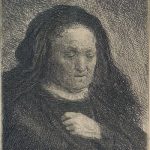 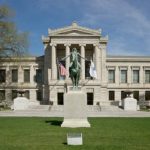