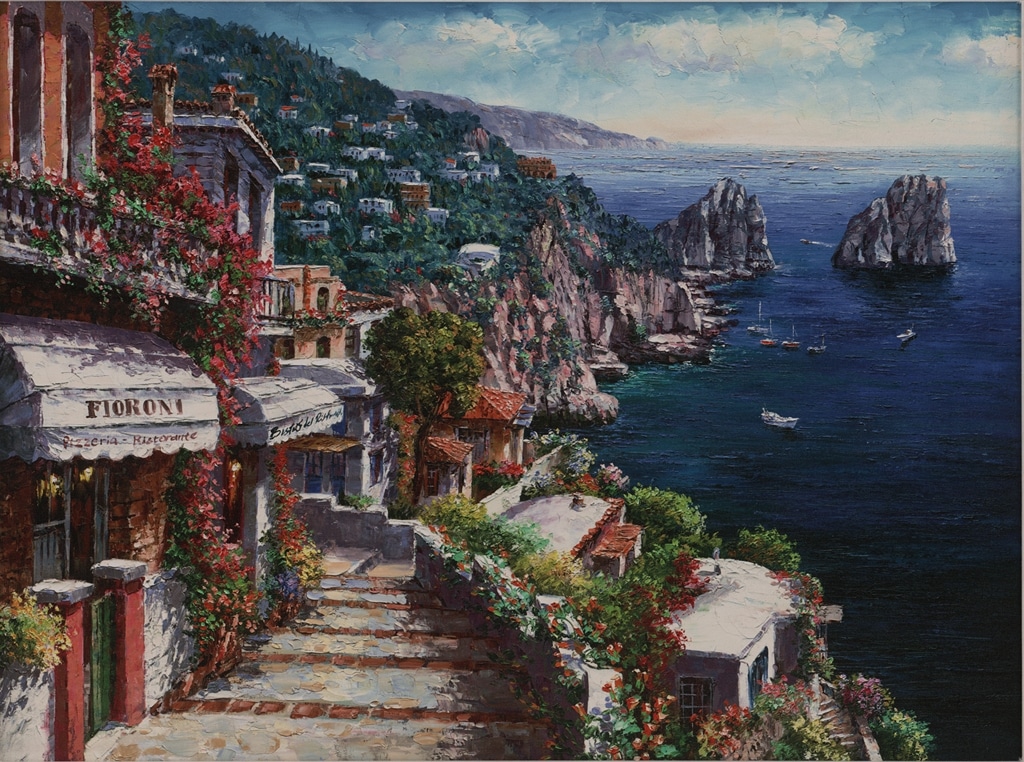 With his style rooted in Impressionism, artist Sam Park wants his artwork to evoke emotions in its viewers. Specifically, he has one goal in mind.

“When people look at my art, I want them to be happy,” Park says. 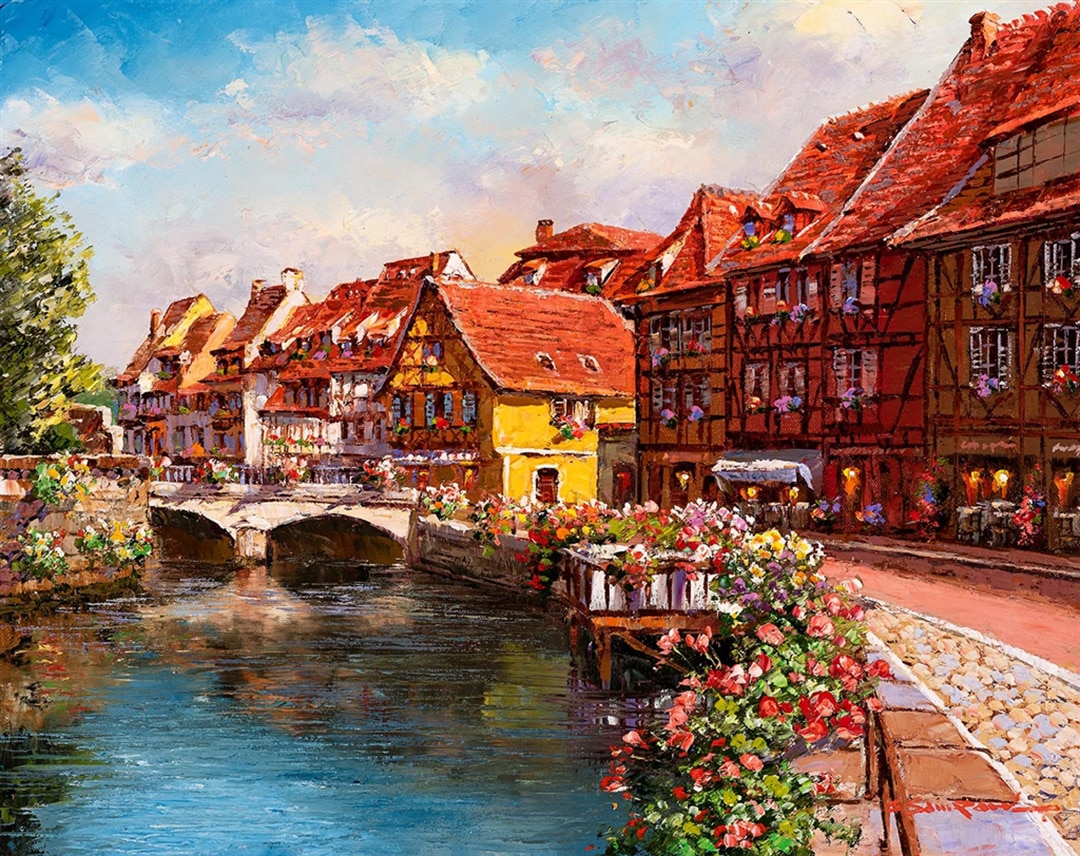 Park is the innovator of New Impressionism, a style influenced by French Impressionism and Neo-Impressionism. Both styles emphasize the depiction of light in art. The latter movement focuses on the use of refined dots and blocks of color to create a sense of organization.

Park applies vibrant paint to his canvases using a palette knife. The artist’s mastery of the palette knife allows him the freedom to add texture as well as fine details. Coupled with his infusion of emotion and atmosphere, Park’s art transports its viewers to locations around the world without the need to travel to them. 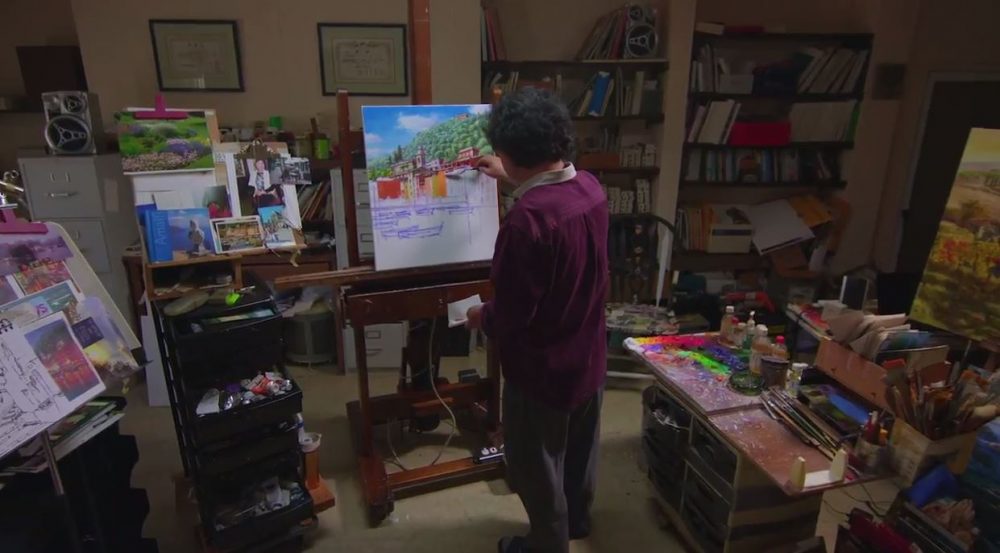 Park grew up in Seoul, South Korea, where he began painting at age 12. His father discouraged Park’s interest in art, wishing for him to instead pursue a career in business. Despite his dad’s objections, Park studied art at the Chung-Ang University (formerly the Seorabeol Art College) and spent a semester in Paris in 1982.

Park bolstered his initial success by winning first place at an Olympic Games-sponsored art competition in 1984. The art he created for the competition is on permanent display at the headquarters of the Hyundai Corporation. Adding to the artist’s acclaim, Park created paintings for the President of Cyprus for the Presidential Palace’s collection. 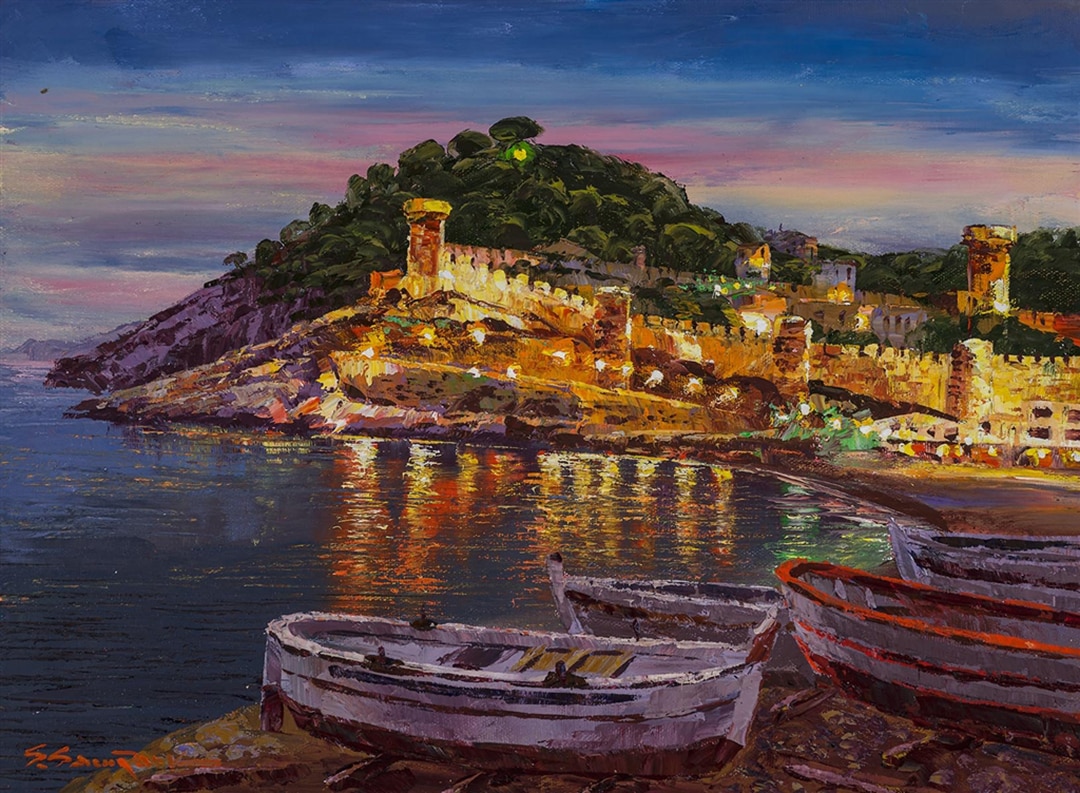 Sam Park and his family moved to the United States in 1994 and presently resides in Southern California. He has held more than 70 one-man shows during his career.

In Park West Gallery’s exclusive video, Park reveals how the world around him serves as inspiration for his art—from the sky to the flowers in his garden.

To add the artwork of Sam Park to your collection, attend one of our exciting online auctions or contact our gallery consultants at (800) 521-9654 ext. 4 during business hours or sales@parkwestgallery.com after hours. 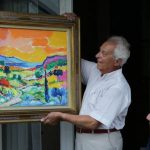 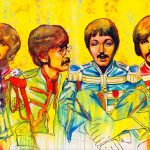