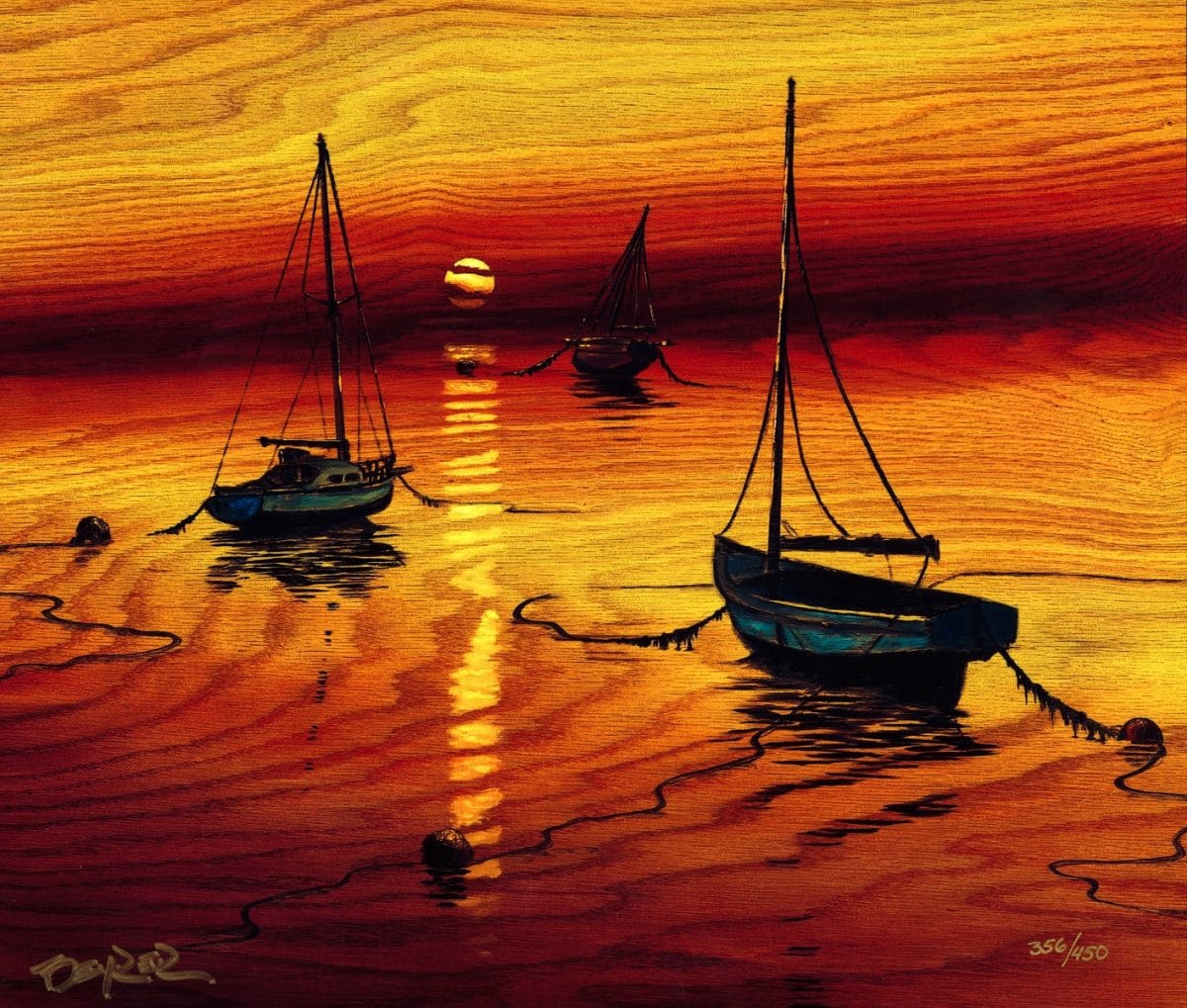 Auctioneer Rob Ducat belted out an extended “sold!” as one last work of art by Matt Beyrer left the stage on October 21. The audience cheered as the artist was invited to the stage.

But the cheers weren’t just for the artist or the end of another auction—they were celebrating an extraordinary moment in Park West Gallery history.

Beyrer accomplished what no other Park West Gallery artist had ever done before: he sold out not one, not two, but 17 events in a row.

“I’m shocked, honored, and honestly can’t believe it,” Beyrer says. “I owe it all to Park West collectors and the Park West staff.” 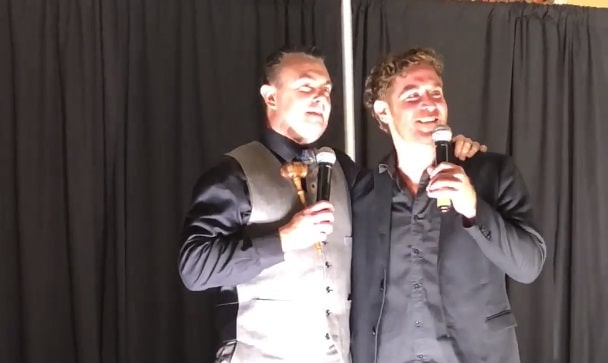 Collectors have fallen in love with Beyrer’s ability to fuse together both his medium of choice—wood panels—with his imaginative compositions. He has the uncanny knack for transforming something as simple as wood grain into ripples in a seascape, a hazy sky over a mountain range, or even a stunning figure emerging from the wood.

When asked why people seem to gravitate to his art, Beyrer believes they connect to it on an emotional level. 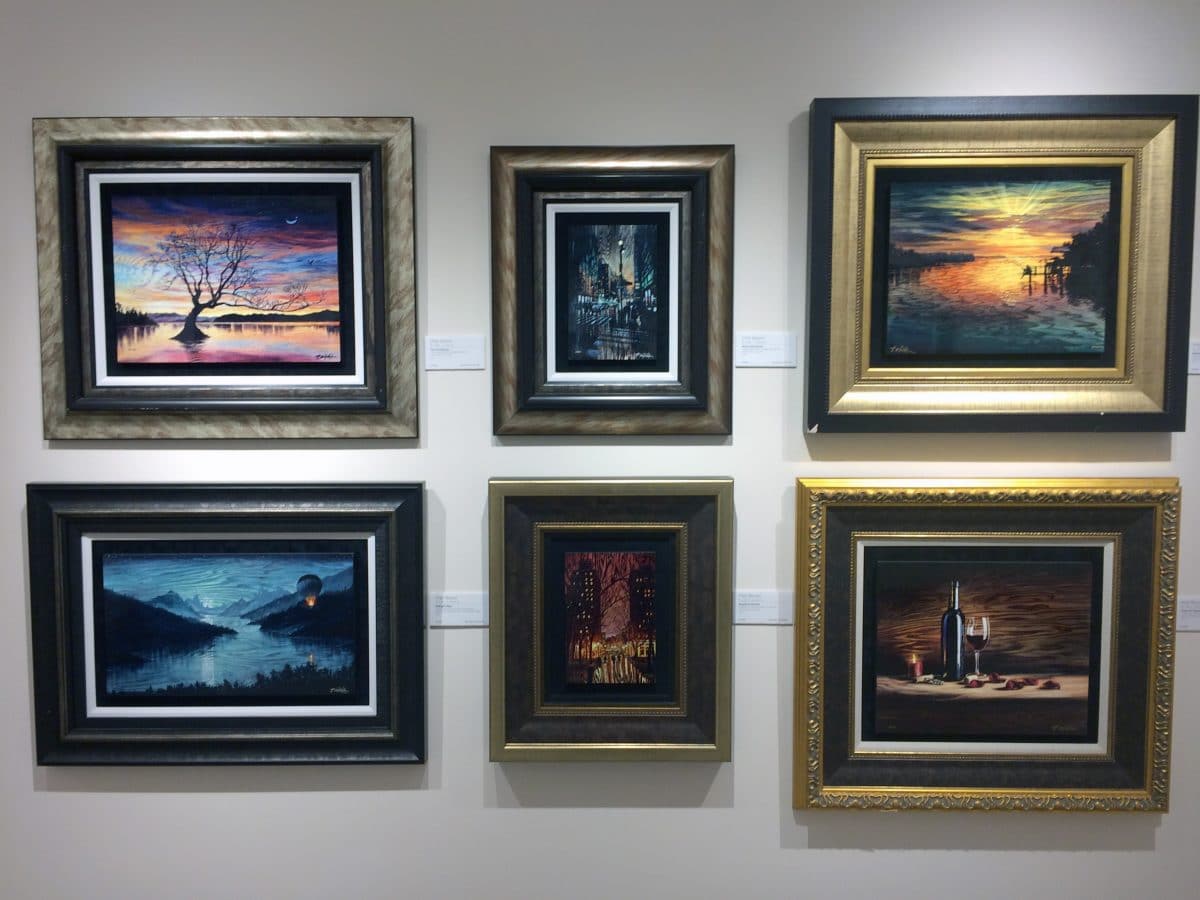 “I hope it’s because they can relate to it in some way, shape, or form,” Beyrer says. “I tend to always paint a little journal of my life, and it’s nice when it’s special enough that collectors are willing to hang it on their wall.”

But Beyrer doesn’t simply grab any old plank of wood and start painting—he carefully selects his panels, cuts them to his desired size, and may even sand or burn the wood before ever picking up a brush.

Matt Beyrer adding details to one of his paintings

“What people don’t understand is they just see the final product, but what they don’t realize is that they are buying more than just an object,” Beyrer says. “They are buying hundreds of hours of errors and experimentation. Years of frustration and moments of pure joy—a piece of my heart, soul, and a small piece of my life.”

Given his success with Park West, Beyrer is now constantly creating new works in his studio in preparation for his next event. He says each event inspires and encourages him to continue honing his unique style.

“I’ve always enjoyed exploring different subject matter, but I learn from each and every piece,” Beyrer says. “It’s been a dream come true and I look forward to all the future events to come.”

In addition to his unique paintings, Beyrer has also created a series of limited-edition caldographs with Park West Gallery, offering yet another opportunity for art lovers to own his artwork. Contact our gallery consultants at (800) 521-9654 ext. 4 or sales@parkwestgallery.com for more information on collecting the art of Matt Beyrer. 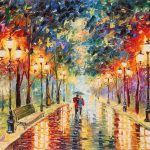 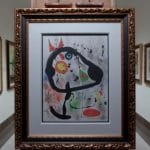