Recent study shows that artistic activities could keep our brains stimulated as we get older. Photo credit: Dean Hochman

Picking up a paintbrush could keep you mentally sharp in advancing years. Researchers at the Mayo Clinic in Minnesota published a four-year study that shows picking up an artistic pursuit, such as drawing; painting or sculpting, throughout midlife and later life could delay or prevent dementia.

The study was conducted with 256 people in their 80s, 45 were classified as artists and 18 had pursued an artistic hobby in midlife to later life. Over the study’s four years, some participants naturally developed cognitive problems as they aged. However, those involved with artistic pursuits were 73 percent less likely to develop cognitive issues than those who were not involved with art. There’s also good news if you’re a crafter. Those involved in crafts, social activities, and computer usage were about half as likely to develop cognitive issues. You’re exercising your brain just by reading this article online.

In an interview with Pacific Standard, researcher Dr. Rosebud Roberts explains: “These activities may all have a role in keeping brain cells stimulated, and may help develop new neural pathways. Or continued engagement may enable a person to develop a larger cognitive reserve from which to recruit alternate brain cells to take over function from cells which no longer function.”

If you examine the artistic careers of Pablo Picasso and Henri Matisse, they seem to further support the study’s findings. Picasso completed the “347” Series of 347 etchings in an amazingly short, seven-month period between March 16 to October 5 in 1968. Three weeks later he celebrated his 87th birthday. Matisse was diagnosed with cancer in 1941, yet still experimented with colors and shapes in collages until his death in 1954.

Even if you don’t currently consider yourself an artist, it’s never too late to start. Look at Winston Churchill. When he slowed down his political career, he spent the extra time painting. More recently, even George W. Bush picked up a paint brush after his presidency.

Regardless of your level of talent, it doesn’t hurt to try out a new artistic hobby. It will keep your brain sharp and you might even create a masterpiece in the process. 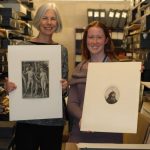 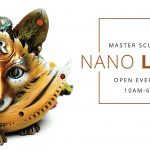